The cappuccino is a staple in coffee shops all over the world. It’s classically characterised by its dry, foamed milk top. However, it’s not as simple as it seems: this widely misunderstood drink has changed quite a bit over the years.

So, how do we define a cappuccino? I spoke with Agnieszka Rojewska, coffee training consultant and multi-award winning barista, and Jordan Schilperoort, a green coffee representative for Adix Coffee Company, to discuss the depths of this contested coffee.

Read on to discover the history of the cappuccino, the developments it’s made, and why it’s ever-evolving.

What Is a Cappuccino?

The cappuccino is a classic espresso and milk drink. A common misconception is that it follows the rule of thirds: one-third espresso, one-third steamed milk and one-third foamed milk.

This myth is dispelled by James Hoffmann in his book The World Of Coffee, where he states that this definition first emerged in the 1950s, long after the cappuccino’s birth. According to Hoffmann, the drink’s original name was kapuziner, and was created in Vienna in the 1800s. It was a small drink consisting of brewed coffee mixed with either milk or cream until the colour of the drink resembled the colour of the monks’ Capuchin robes, which indicated that enough milk had been added.

Today’s definition of the cappuccino is quite different. In the specialty industry, both the Specialty Coffee Association (SCA) and the World Barista Championship (WBC) define a cappuccino as a “5–6 oz coffee and milk beverage that should produce a harmonious balance of rich, sweet milk and espresso. A cappuccino is prepared with a single shot of espresso, textured milk and a minimum of 1 cm of foam depth (assessed vertically).”

You may also like What Temperature Should Your Cappuccino Milk Be?

This definition hasn’t just changed over the centuries since its creation: it’s also changed in the last few years. Agnieszka, who’s based in Poland, tells me that “the cappuccino I remember from 2008 is totally different from what we can see and taste now. I think that the biggest change is the size of the drink.”

The significant decrease in size can largely be contributed to the rise of the specialty sector, which focuses on highlighting the flavours of espresso. The smaller the beverage, the less milk is needed, meaning that the consumer will have a better chance of tasting the flavour profile of the coffee. When made well, the milk can highlight different and unique flavour notes of coffee that otherwise might not be tasted.

This influence has been widespread. Jordan, originally from the US but now located in Nicaragua, explains that “I would describe a cappuccino in the way I see it most commonly presented by all specialty coffee shops here on the West coast – a shot of espresso, usually extracted to roughly around 2 oz, with stretched milk poured into a 5.5–6oz cup”. This is an increasingly common assumption of what a cappuccino is. 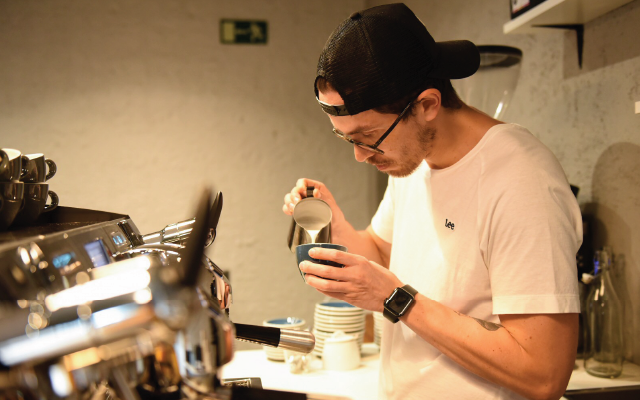 Barista pouring milk into a cup at The Fix in Madrid. Credit: Fernando Pocasangre

Italy vs. the Western World

The modern-day cappuccino is believed to have been invented in Italy in the early 1900s. Understanding the traditional Italian coffee culture can help highlight certain changes in the definition of cappuccino.

The cappuccino is an integral part of everyday Italian culture. They’re commonly consumed only once per day, traditionally in the morning. In fact, The Italian National Espresso Institute even have their own definition of a cappuccino:

“25 ml of espresso and 100 ml of milk whipped with steam… the Certified Italian Cappuccino has a white colour, decorated with a brown border more or less often in the classic cappuccino… The cream has narrow links with very fine or absent holes.” (Translated from Italian.)

The biggest distinction between the traditional Italian style cappuccino and a Western-style one is the appearance. The Italian style has a white foamed, slightly domed, top, complete with an espresso-stained brown ring running along the edge of the cup. This is compared to Western-style that today will be commonly decorated with latte art on top.

The traditional Italian cappuccino is also enjoyed in a different way. It’s made quickly and consumed fast too, in a couple of mouthfuls, and then the consumer can start their day. The foamy milk topped on espresso does not blend with the espresso in the same way it does with a latte; instead, the milk itself will form distinct layers. This will create an intense drinking experience for the consumer, who has just a few milky sips before the espresso kicks in. There’s no need for latte art, which only adds extra, unwanted time into the preparation. 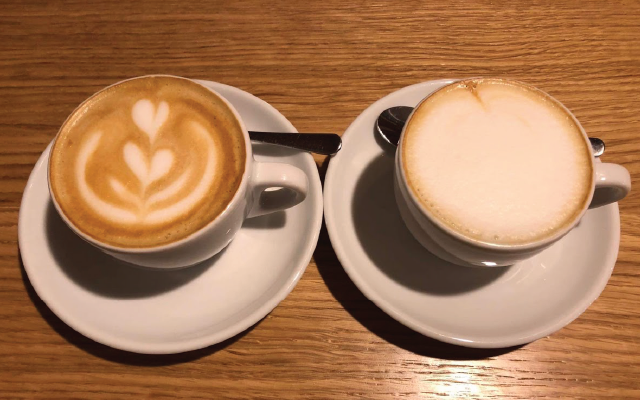 A Western-style cappuccino compared to an Italian style one. Credit: Tasmin Grant.

With expanding coffee menus, it’s important to understand what a cappuccino is and how it compares to other milk drink options.

The latte tends to cause the most confusion with the cappuccino. However, their milk compositions are strikingly different and lattes are generally larger in size, closer to 8 oz/240 ml. Jordan tells me a good barista will steam the milk for a latte to be “more stretched” which then blends well with the espresso.

This is compared to the cappuccino, which is topped with more aerated milk. When poured on espresso, the milk forms more distinctive layers and doesn’t incorporate with the espresso in the same way a latte does. This makes the cappuccino a significantly more intense drink.

The macchiato and the cortado are both smaller in size than the cappuccino. This is the first tell-tale sign that it’s not a cappuccino. Both are served in smaller glasses, usually between 3᠆4 oz.

The rise of the flat white has also played a role in the confusion of the cappuccino’s definition. Typically, the flat white will be made with roughly the same amount of milk as a cappuccino but will contain only 0.5 cm of foam, resembling something more akin to a latte. Even with this clue, the confusion with cappuccinos still is rampant among the industry.

Yet Agnieszka believes that there are distinct differences between the two drinks. She says, “A cappuccino is a cappuccino and a flat white is a flat white – the balance and flavour expression of those is completely different for me.” Instead of comparing the two coffees, we should acknowledge the distinction and appreciate them as separate drinks. 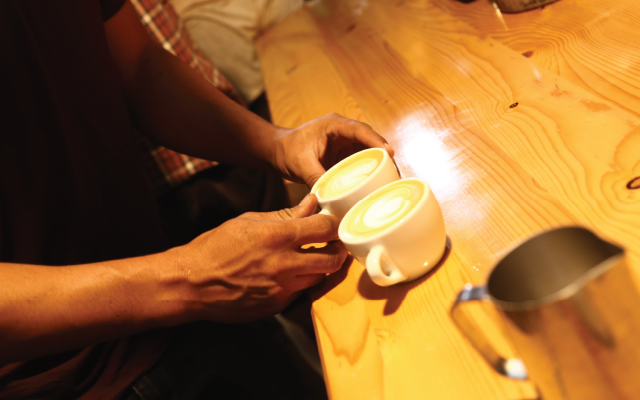 The Rise of Latte Art & How It Affects The Cappuccino

The rise in latte art has consumers seeking hearts, tulips, and rosettas in their coffee, no matter what it is. However, the inclusion of latte art on cappuccinos can have a negative effect on the drink’s milk composition.

Stretched and well-textured microfoam is used to draw patterns in milk-and-coffee beverages, which is quite different from the classic dry and foamy cappuccino milk. Agnieszka says, “Cappuccinos should have a certain composition – which might mean that different patterns might make this composition slightly different, which makes the final expression and balance quite different.

“Trying to make fancy latte art might ruin the balance. The quality of steaming milk should go first – latte art in second place.”

Latte art is a beautiful way to put a flourish on a coffee. However, it could negatively affect the flavour, especially with the cappuccino which requires more aerated milk. 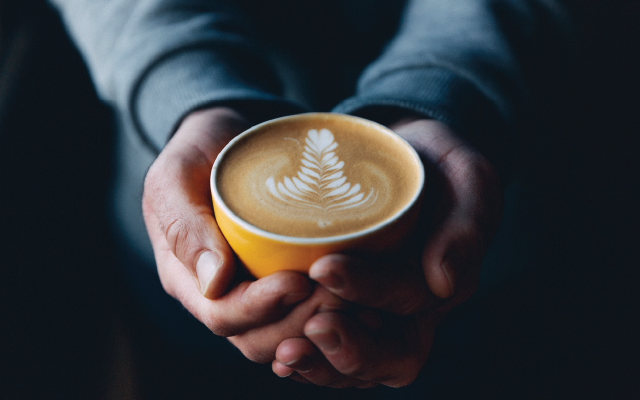 Latte art on a cappuccino. Credit: Coffee And I

How Could The Cappuccino Evolve?

The cappuccino discussion is unlikely to calm down soon. Some coffee shops have even opted to stop naming milk-based drinks specifically, referring to them as ‘coffee with milk’.

This sounds simple – but could it potentially cause even further confusion amongst consumers: how would they know what amount of foam they would be receiving on their drink? Would they have to clarify that with the barista?

Jordan calls for more specificity for cappuccinos within the industry instead, arguing that “the less qualifiable our distinctions, and the more loosely we adhere to these terms, the more confused coffee drinkers will be and the less we will be able to corporately seek better coffee across the industry… What you can’t measure, you can’t grow.”

There has even been a shift in the cappuccino definition in professional competitions. In 2016, the WBC changed the standardisation of a cappuccino. The whole drink amount changed from 150 ml to the preferred amount of the barista.

Agnieszka predicts that we will need to keep up with the potential changes in definition, and instead of fear them, embrace them: “I believe that as long as coffee evolves, definitions and compositions of beverages will change. The coffee industry and coffee itself are like living organisms – we all evolve.” 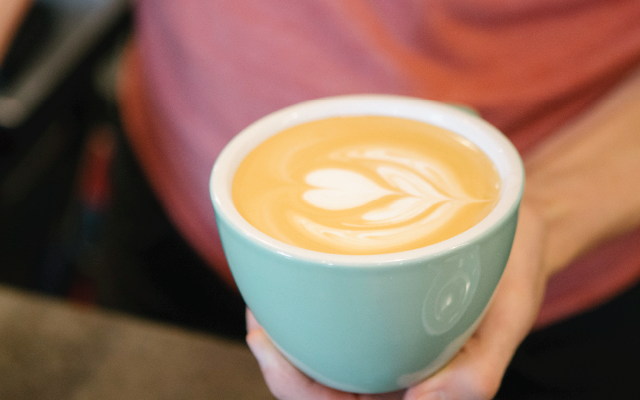 In order to accept the cappuccino, we must accept that its definition can vary so broadly, not only across the globe but also from coffee shop to coffee shop. We must acknowledge that people have different interpretations of it – and that these open the door to different flavours, textures, and experiences. When it comes to cappuccinos, expect the unexpected.

Enjoyed this? Check out What Is a Flat White & How Is It Different From a Latte?