Countries like Brazil, Colombia, and Guatemala are known for producing quality specialty coffees, sustaining local industries that employ millions and contributing to the economy.

Despite this, coffee consumption in many producing countries isn’t as high as it could be. Increased internal consumption brings with it significant benefits, including increased product demand, fewer hurdles for producers, and more opportunities for producers to maximise income.

Here’s why increasing consumption in producing countries is important, and what some countries have been doing to encourage it. 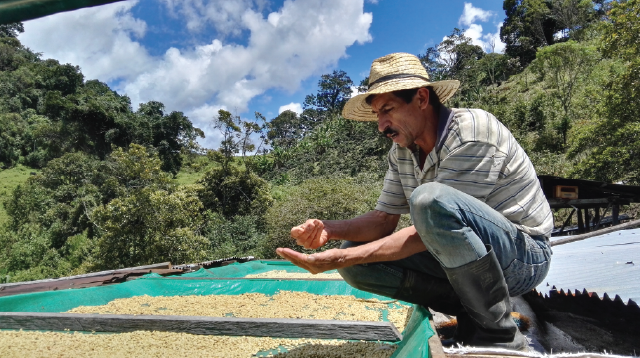 A Colombian producer examines coffee beans as it dries in the sun. Credit: Angie Molina

Increasing the amount of coffee consumed internally is important for producing countries as it has the following benefits for producers – and in turn, the coffee industry.

Generally, increased consumption leads to higher demand. If supply remains equal, this could help producers fetch better prices for their coffee – and as local demand increases, so should the value and price of the coffee being sold. Higher earnings can help producers access financing, and improve their lives, farms, and coffee quality. 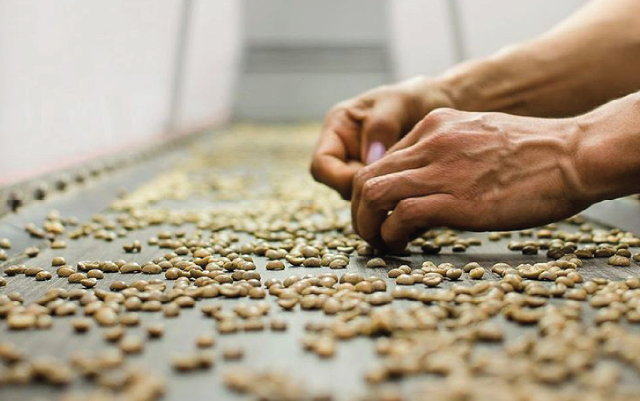 Coffee beans are examined on a conveyor belt. Credit: 575cafe

Usually, producers have to negotiate coffee sales based on the international C market price, which has little to do with the expense of producing it. This international price is set in US dollars and often fluctuates, which means that producers often have to sell their coffee for prices that barely cover their costs.

The coffee market is known for being volatile, unpredictable and unstable, which isn’t beneficial for producers who need to meet their costs of living. Fixing prices with local suppliers in their local currency can help producers reduce risk, and make it easier for them to plan and manage their processes and infrastructure. It also means that when their nation’s currency appreciates, producers won’t be trapped into a fixed price in a foreign currency, if they have committed to a futures contract.

3. Less Competition With Other Origins

If the C market experiences a crisis and prices plummet, steady internal consumption should mean that there will always be a buyer ready and waiting to purchase the coffee. When demand comes from domestic consumers or roasters, producers can focus on supplying coffee to a local market.

This could lead to long term sales relationships being formed, giving producers a guaranteed monthly income that isn’t dependent on what’s taking place in the C market.

It can also help engage customers and cultivate loyalty and pride in locally produced coffee, which could help ensure future demand. Veruschka Stevens co-owns Elevate Coffee Bolivia, a specialty roastery and café she opened with her husband in 2018 in Cochabamba. She says, “[Bolivians] LOVE Bolivian specialty coffee… People are deeply curious and loyal. They are thirsting so much for knowledge… We rely on an ever-growing base of return (and very loyal) customers that keeps expanding by the day… It’s an awesome feeling to make people feel proud of their own country.” 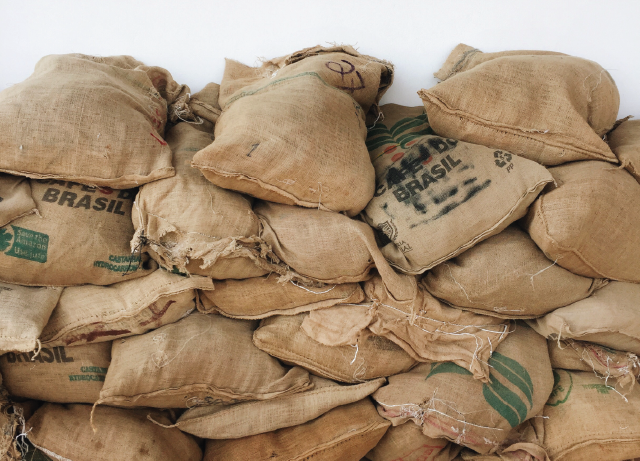 4. It Eases Some Logistical Barriers

Selling coffee to an international market means that producers need to meet several licensing and legal requirements. Direct exportation also requires large amounts of documentation and payments that must be made to various authorities. A failure to secure insurance or a single signature on a form could mean your coffee doesn’t get sold.

Daniel Ochoa is the Manager of El Cafecito, a coffee shop in Quito, Ecuador. He’s also a coffee grower and has experienced the challenges that can accompany coffee exportation firsthand. He says, “One of our biggest issues and challenges… is getting permission and licenses. Dealing with Ecuadorian bureaucracy to obtain all you need, year after year, to run your business is very demanding”.

Selling coffee domestically is simpler and faster, eliminating many of the exportation requirements for documentation, storage, and transportation. With direct trade, roasters can purchase coffee directly from producer’s farms, with their money going directly to producers and their communities.

Buying coffee this way means that roasters benefit from being able to offer customers coffee that is traceable and seasonal, which means it can be marketed better. They will also be able to visit producers more easily, as local farms are easier to access and require less travel time. Producers will also benefit from roaster’s insights into what customers want or need, which means that they can grow and process their coffee to more exact specifications.

When coffee is sold internationally, various intermediaries are involved until the moment the customer receives the final product – and each person involved will take a cut of the profit.

Selling coffee locally will involve fewer intermediaries. If a producer invests in a roastery, they could sell directly to the end consumer. Fostering this kind of direct relationship can help consumers steer producers in the direction of what customers want, while at the same time educating customers on the potential that local coffee has to offer.

Dimitri Slukin is the Owner of La Tostaderia, a specialty coffee shop and roastery in San Juan del Sur, Nicaragua. He also owns !Fest Coffee Mission, a Ukrainian green bean importer. By purchasing and roasting coffee from Nicaragua and selling it to the domestic market, he understands how existing coffee preferences might differ from the coffee a country has to offer, and how exposing this audience to local coffees can increase demand.

He says that while the country’s coffee consumers typically prefer overroasted and syrupy drinks, his coffee shop and roastery has focused on offering classic, modern options without syrups and using light-roasted specialty beans. He adds, “More and more local people say that they can’t live without our coffee… [and] restaurants/hotels/coffee shops are buying our roasted coffee for their personal use or business. We have a lot of fans of natural processing now, and they don’t want to buy or drink washed coffees anymore.” 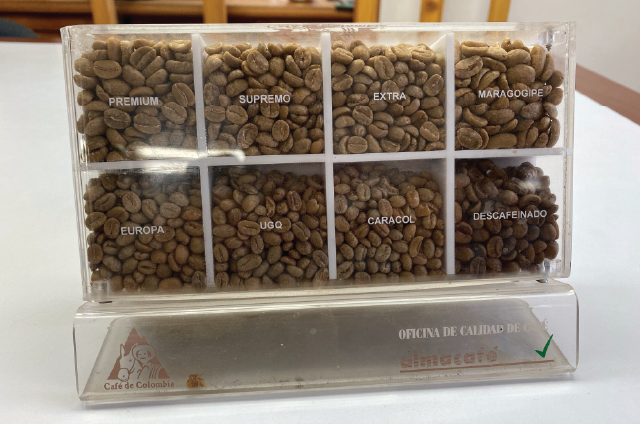 Countries currently struggling to increase their consumption have plenty of examples to model their efforts on. One of the most successful is that of Brazil, and the efforts made by Associação Brasileira da Indústria de Café, or ABIC. Founded in 1973, this organisation was created to represent the country’s roasting and grinding industries, address low consumption rates, and improve coffee quality and producer productivity.

While they undertook many initiatives over the years, two of their efforts that helped increase local consumption were the Coffee Purity Control Program and Coffee Quality Program. The first introduced a Seal of Purity to coffee products on the market, to assure customers that a coffee product was high quality. The second was created to classify a coffee product as either Extra Strong, Traditional, Superior, or Gourmet, and ensure that the company producing it followed good manufacturing practices.

Historically, the coffee consumed by Brazilians was whatever wasn’t good enough to be exported, resulting in low quality coffee being consumed by many. The efforts made ABIC helped to address recognition of quality coffee on the local market, and steer consumer preferences towards higher-quality options.

In other producing countries, measures to increase consumption by highlighting the quality of local coffee have taken the form of events – focused on marketing local coffee as an essential part of a modern and fun lifestyle. In 2019, Cafés de Colombia Expo took place, which was an event aimed at developing a coffee culture in the country’s capital of

This event aimed to highlight specialty coffee on the consumer’s level and promote Guatemalan coffee as a sustainable tourist product, as well as showcase its production, celebrate the harvest season, and market local coffee as world-class.  Guests in attendance were invited to visit Guatemalan coffee-producing farms to see firsthand how coffee was processed. To further promote the event cocktails made with Guatemalan specialty coffee were created, in addition to a filter coffee called El Ritual del Café. 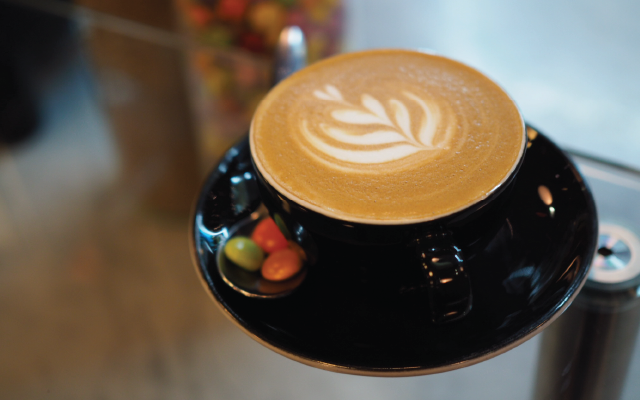 With the number of coffee consumers around the world set to rise, focusing efforts on increasing local consumption will impact many players in the coffee supply chain.

When producers benefit, this will not only impact their farms but also some of the people who work with them – creating lasting benefits for the community at large.

Part Two of this article will focus on the barriers that exist that need to be overcome to increase coffee consumption in producing countries.

Enjoyed this? Then Read What Cupping Can Tell Producers About Their Coffee