When people list famous coffee origins, Mexico is often left out. Yet it has a lot to offer: distinctive and fruity profiles, a positive social and environmental impact, and a rich coffee-producing heritage. 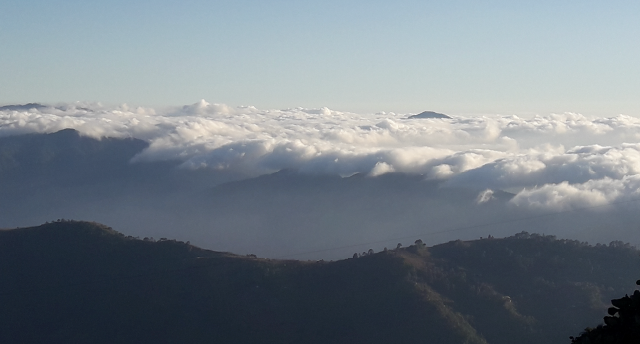 How Much Coffee Does Mexico Grow?

Coffee first found its way into Mexico in the late 1700s, when it was cultivated on farms owned by Europeans with predominantly indigenous Mexican labourers. A revolution in the early 20th century began the process of changing the status quo through agrarian land reform.

Today’s Mexican farms look very different from the large plantations of yesteryear: the most recent agricultural census counted 515,000 producers, 85% of whom were indigenous Mexicans and 95% cultivated fewer than three hectares. Across the coffee industry, indigenous and smallholder producers are the most vulnerable of them all – yet the Mexican government is collaborating with the National Institute of the Indigenous Peoples (INPI) to support them.

Much of the country’s coffee production is organised through cooperatives. Another little-known fact is that Mexico is one of the world’s largest exporters of organic-certified coffee, with up to 8% of producers growing it, according to the Department of Agriculture and Rural Development (SADER). These facts are related, but to understand why, you’ll have to go back nearly 40 years.

In 1973, the Mexican government, recognising the potential for coffee to assist rural development, set up the national institute for coffee INMECAFE. A decade later, coffee became Mexico’s most valuable export crop, accounting for 35% of total agricultural output by the middle of the ‘80s. Production peaked at 440,000 tonnes of green coffee by 1990.

However, the collapse of the International Coffee Agreement removed the coffee price floor, and eventually, INMECAFE closed. In its place rose cooperatives, who not only supported Mexico’s indigenous producers who also encouraged organic coffee production.

Most recently, Mexico exported 2.6 million 60-kilo bags in 2018/19. While this is less than 1% of total coffee exports globally, it still makes the country the ninth-largest coffee exporter in the world. 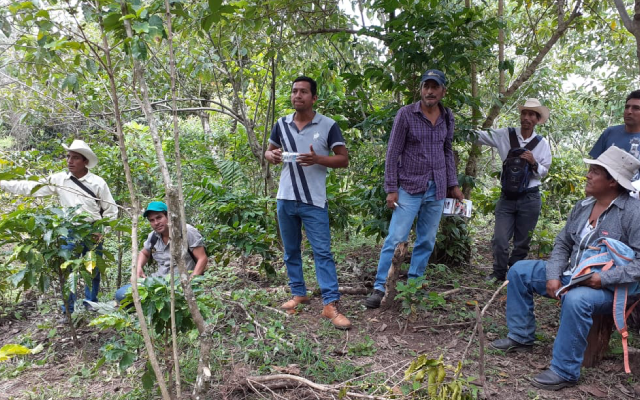 Mexican coffees tend to be lighter bodied and mild, with subtle flavours. There is potential for them to be outstanding: the 2019 Cup of Excellence saw six coffees break through the 90-point threshold. Cruz José Arguello Miceli’s Gesha won with an impressive 93.07 points (and sold for US $35.40/lb green). The judges noted that this Chiapas-grown coffee had notes of jasmine, bergamot, lemongrass, and vanilla, and was overall very sweet with a buttery mouthfeel.

Mexico grows mostly shade-grown Arabica coffee, with Robusta making up only 3–4% of the country’s crops. 35% of Mexico’s coffee is grown at 900 m.a.s.l., conditions that – in Mexico’s relatively cooler climate – are favourable for higher-quality coffees.

“Coffees are processed the same way [across the country],” says Edy Hidalgo Espinosa, Coordinator for PECA and Sustainability in Mexico for green bean supplier Caravela Coffee. “In Mexico, 90% of the coffee is washed processed, and then with the other 10%, you’ll find processes such as honey and natural.”

Yet while there is little variation in processing methods according to the region, you will find striking differences in the coffees’ sensory profiles and the producers’ cultivation practices. 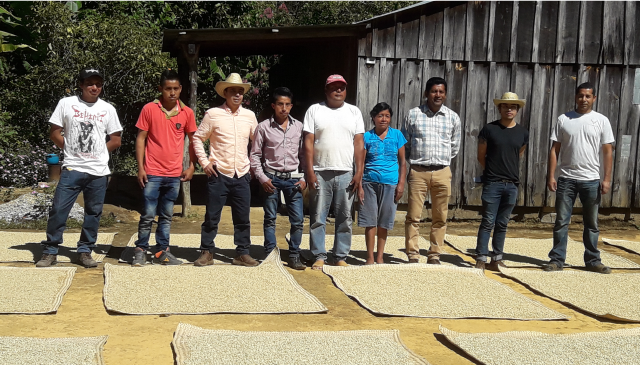 Chiapas, Oaxaca, and Veracruz: each coffee region boasts of its coffee’s distinctive character – although it’s not just about what you taste in the cup. “What makes the three coffee-producing states unique is the extent to which the farms are technically focused,” says Edy.

Caressing the Gulf of Mexico is the long thin state of Veracruz. It can boast of being the first Mexican state in Mexico to see a coffee tree planted in its soil, back in the 18th century.

Growing on inland mountains at 1,100–1600 m.a.s.l., Veracruz’ finest coffees have what Edy describes as notes of “light red fruits, blueberries, caramel, panela, and are delicate with a bright acidity, and very juicy with a sweet and sour aftertaste”.

Veracruz is the most technologically advanced of the three states, he says, with more disease-resistant varieties and controlled sowing. He tells me that there are producers who take care to evenly distribute trees one metre apart, with no more than 5,000 plants per hectare. 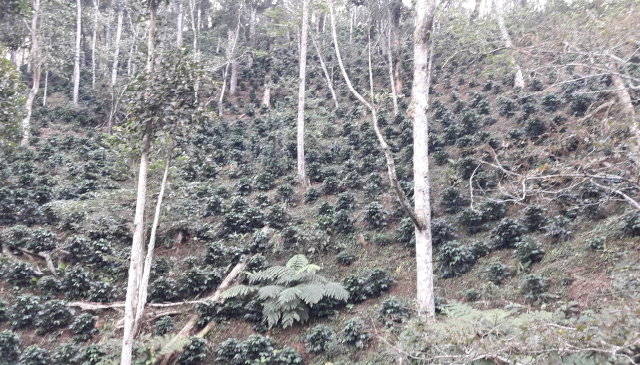 Nestled on the Guatemalan border, you’ll find the state’s best coffees growing between 1,300 and 1,700 m.a.s.l. Chiapas also holds the crown for producing the most coffee in Mexico, at 40% of the country’s total yield.

Many indigenous Mexicans call Chiapas home, but it’s also the country’s poorest state, with a GDP per capita of US $7,249 in 2016.

It’s Chiapas’ location and terroir that set it apart from Veracruz. “There are similarities between coffee farms between Chiapas and Veracruz in terms of cultivation techniques and varieties,” Edy says. Yet despite that, he tells me that you will taste notes of chocolate, bitters, nuts, citrus, and lemon, along with a round and lasting body.

Read more in What Is Terroir & How Does It Affect Your Coffee? 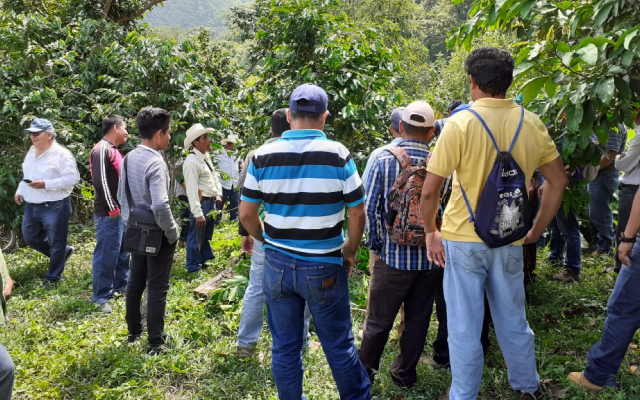 Slotting in as neatly as a jigsaw piece, Oaxaca borders the bottom of Veracruz and the top of Chiapas, while the Pacific Ocean sits to its west. Its coffee farms are generally between 900 and 1,650 m.a.s.l.

While it is the least technologically advanced of Mexico’s main coffee-producing regions, Edy tells me that Oaxacan coffees are both distinctive and in high demand. They tend to be sweet with caramel overtones, notes of yellow fruits, orange acidity, a creamy body, and floral hints.

Many producers here eschew modernisation in favour of traditional cultivation methods. You will find 80-year-old farms worked just as they were in the 1940s, while Edy estimates that 70% of the varieties are traditional to the area.

Pluma Hidalgo is one example of this: a 19th-century offshoot of Typica grown by displaced indigenous farmers in the mid-1800s. There are even efforts to obtain Denomination of Origin status for Oaxacan Pluma Hidalgo. 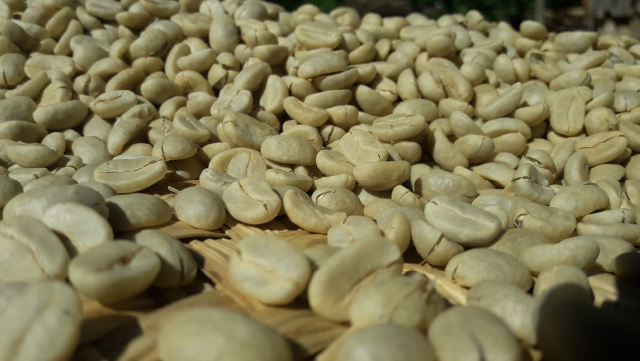 One of the major challenges affecting the country is the recent low coffee price. An average farmer could earn just US $98 for 45 kg of green Arabica coffee, despite the fact it would cost them on average US $140 to produce.

With producers struggling to be profitable, they are poorly equipped to invest in their farms so that they can handle adverse weather events and diseases. In 2018, the coffee price crisis saw prices plummet – and they still haven’t recovered. Worrying, the impact of low prices was visible long before the market crashed.

In 2012, an outbreak of coffee leaf rust quickly spread across Mexican coffee farms. The fungus attacked coffee trees, reducing the harvest size and quality, and it had a long-term impact: production halved from 4.5 million bags in 2012 to 2.2 million in 2015/16.

Edy says that producers were trying to combat the low prices by replacing older trees with higher-yielding varieties. But they also required more sunlight and nutrition. “This, along with the introduction of herbicides to the Mexican countryside, led to severe soil erosion, especially because the Mexican coffee slopes can range from 10–80%,” he tells me. 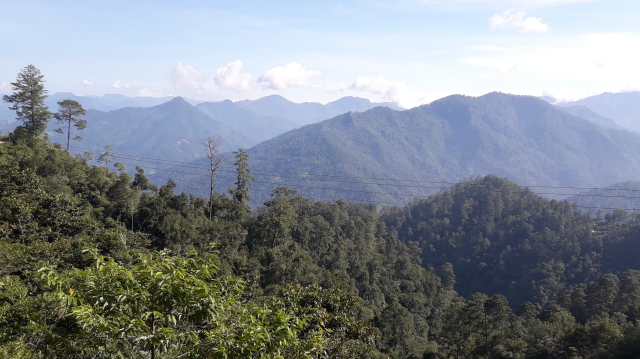 Yet that initiative alone will not be enough. Edy stresses the importance of paying according to the quality of the coffee. “This means it’s possible for producers to see much better prices,” he says.

Edy manages Caravela Coffee’s PECA initiative, organising workshops and supporting producers in the adoption of “different practices for the improvement and conservation of the environment and soil… putting emphasis on caring for the environment and reducing the risks of environmental impact, while also teaching producers to improve yields so that they can increase their incomes.”

He stresses the importance of working with local varieties that are well-adapted to the terroir. Native varieties typically require less intervention, which adds up to less work for the producer and less impact on the environment.

The good news is that Mexico’s coffee industry is recovering, with exports increasing 57% from 2015 to 2018. Production, at this point, was above 4 million bags again. 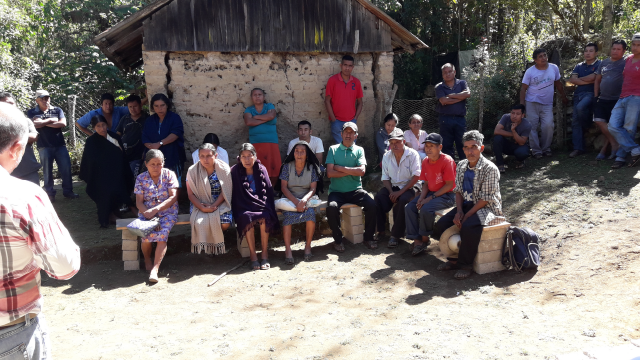 Mexico is a diverse and exciting coffee region. Head to Veracruz or Chiapas and you’ll see producers embracing modern farming techniques and offering exciting flavours for the discerning coffee drinker. Yet you will also find farmers who are proud of their heritage and their unique, centuries-old varieties. And no matter where you go, there will be producers keen to learn more about how they can improve their sustainability and coffee quality.

Whether your interest is in heritage, flavours, or environmentally friendly coffee, Mexico is a country rich in it all.

Enjoyed this? Read This Is How Much It Costs to Produce Coffee Across Latin America

Please note: This article has been sponsored by Caravela Coffee.