When you envision a country with a flourishing specialty coffee scene, Russia probably doesn’t come to mind. Despite being the ninth most populous country on earth, little is known about how its citizens drink coffee, or their consumption preferences and patterns.

Next month’s Producer & Roaster Forum will host a presentation answering this question. One of the most important coffee forums in a producer country, the event facilitates relationships across the supply chain and prioritises impact for attendees.

Drago Lakic (Managing Director of Soyuz Coffee Roasting) will be sharing his insights on understanding the Russian coffee market. I spoke to Drago to discuss the challenges of entering this sector, how roasters and producers can overcome barriers to conducting business in it, and how they can build mutually beneficial relationships with those involved. 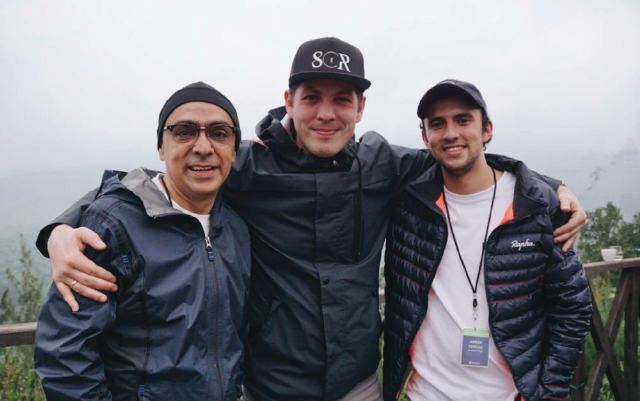 Russia’s Past Relationship With Coffee

Russia isn’t a coffee drinking nation, and the drink is still a relative newcomer to their marketplace. Russians prefer tea, with residents drinking about four cups of tea a day, on average. “Today, about 98% of Russians are tea consumers. Tea is too large [a] part of Russian lifestyles to ever seriously decline in popularity” Drago tells me.

During the Soviet Era, coffee was hard to come by, and many Russians resorted to making substitute drinks made of chicory root, barley, and even acorns. During this time, people would go through great trouble to source green beans to roast and grind at home. This coffee would usually be brewed in a Turkish coffee pot, accompanied by plenty of sugar.

Drago says, “Roast and ground coffee [were] mainly imported brands [that] were considered to be of better quality, and were quite pricey. This product choice fostered stereotypical thinking among Russian coffee lovers: [that] dark roasted and bitter coffee is the norm, and [that] only imported brands can be considered as high-quality products.”

To this day, tea dominates the country’s hot drink sales, accounting for around 60% of all beverages sold between 2009 and 2014. This familiarity with tea has influenced their coffee preferences, as the efficiency of using a kettle to quickly boil water before adding it to tea leaves means that Russians prefer a similarly convenient method when brewing coffee. As a result, instant coffee made up just over 60% of the coffee consumed in 2014.

You may also like Exploring Millennial Trends in Specialty Coffee 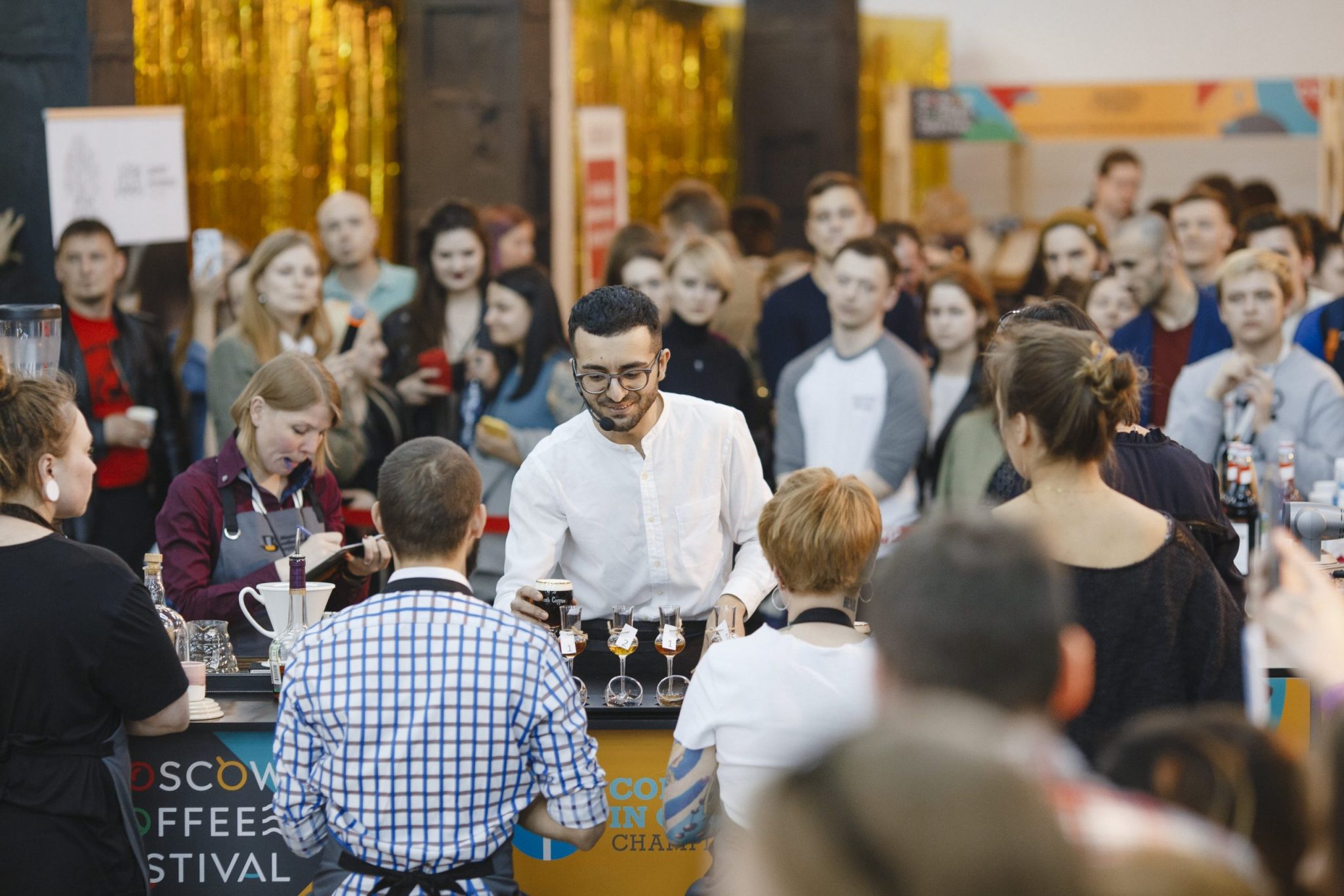 In Russia, specialty coffee consumption is on the rise for a variety of reasons. As the economy strengthens and provides citizens with more disposable income, they’re able to explore costlier coffee options. The current population is also made up of a significant amount of millennials, and as this age group becomes more westernised, their tastes are turning towards coffee as a cool and hip drink.

In 2014, Russia became the world’s eighth biggest coffee consumer, with a per capita consumption rate of 1.7 kg. Drago tells me that “[the] Russian coffee consumer values quality and is ready to pay more for it, thus the annual rise in demand for high-quality arabicas. My estimate is that today there are over 150 roasters in Russia and many more micro-roasteries are mushrooming all over the place offering specialty coffee”.

When it comes to coffee shops, Drago tells me, “There is a real hype behind [the] opening[s] of high-end independent cafés…these concepts are setting the new trends for [the] specialty sector, and educating a new generation of Russian coffee drinkers who are behind this organic growth. It’s difficult to compare the development path of the Russian specialty coffee market to any other market, and although it has US elements, it’s entirely unique in a Russian way”.

However, he cautions that “it’s very important to understand that Russia is diverse, in every sense of the word, and since about 70% of the total coffee market is spread between cities of Moscow and St. Petersburg,…generalising on the market as a whole would mean focusing on trends in these two cities alone”. 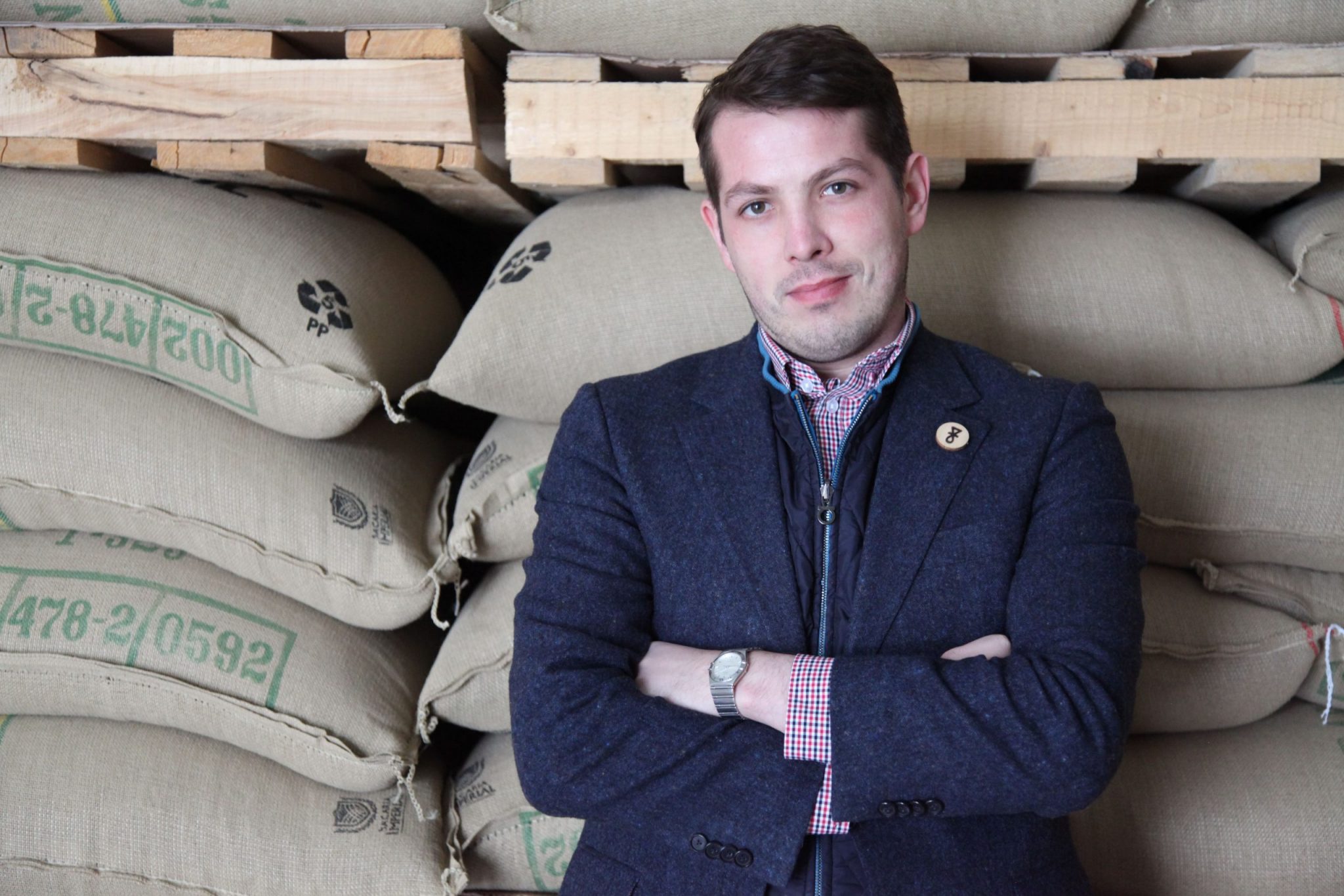 Moscow and St. Petersburg are two of the largest and most well-known cities in Russia, and here, chain coffee shops tend to dominate both these areas. In 2014, there were 1140 coffee shops split between the two cities, with Moscow having slightly more. One in every third Moscow café, and one in every fifth St. Petersburg café is owned and operated by a chain.

The oldest coffee shop chain in Russia is Shokoladnitsa, which has been in operation since the early sixties and has an estimated 420 locations. Other major chains in the market include Coffee House (with 226 locations), Coffeemania, and Coffee Bean.

These coffee shops serve the usual espressos, lattes, and cappuccinos, and as the weather doesn’t fluctuate drastically throughout the year, coffee drinking isn’t seasonal. Many coffee shops also serve a drink unique to Russia called the Raf, which is a steamed mixture of heavy cream, espresso, and sugar.

While the specialty coffee scene is still relatively small compared to other countries, there are a few coffee shops that have established a local presence. Double B is a well known local specialty coffee chain that source their beans before roasting them at their Moscow and Prague facilities. Another prominent chain is Traveler’s Coffee, which has over 100 branches in the country. Founded by an American, they beat out 36 participants in 2019 to win the country’s third annual National Coffee Roasting Championship. Amongst their coffee offerings is a Salted Caramel, Floral, and Citrus version of the Raf. 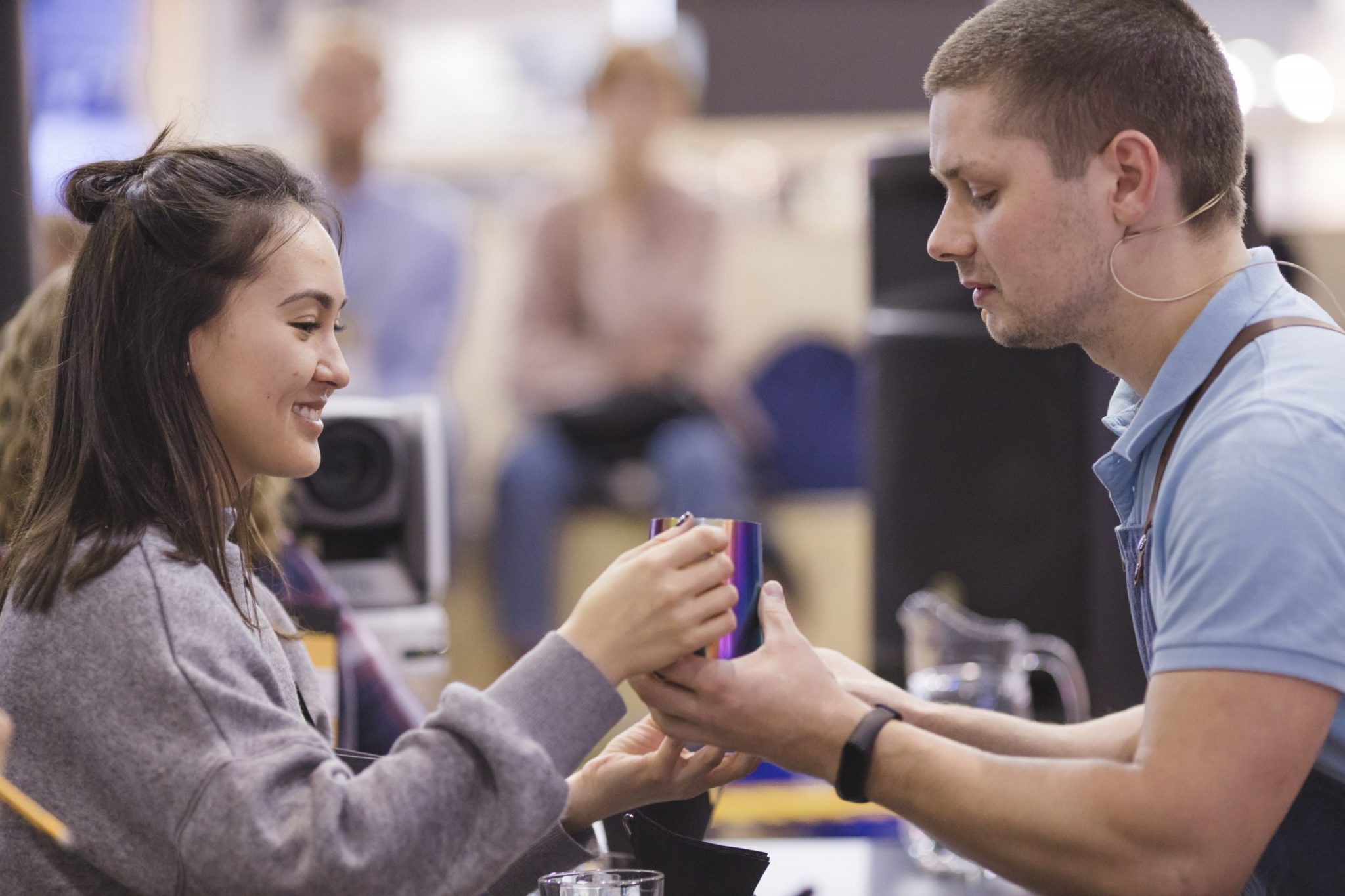 For businesses looking to get a foothold in the Russian coffee market, there are a few unique barriers that must be considered.

The first would be language, and international producers and roasters will find locating English-speaking Russians to be difficult. Most Russians will never leave their home country, and the majority of foreign media the country consumes is either translated or dubbed. For this reason, there is simply no need for the majority of residents to learn English.

“It’s mainly caused by the lack of opportunities to practice English in Soviet and pre-2000s Russia. Relationships in Russia are very important and it can be a real challenge to build something sustainable in a place where less than 5% of Russians speak English. There is great hope with [the] younger generation, but this is a long shot,” Drago elaborates.

Another issue to consider is that specialty coffee consumption is correlated to economic growth. As Russia’s wealth is heavily reliant on oil prices, this can fluctuate. “Coffee is in its nature reliant on international trade and relations between countries, thus consequences on local business[es] from Russia’s positions on global affairs could be quite tricky to manage sustainably,” Drago tells me.

For the coffee industry to thrive, it will need a strong base of consumers with a steady stream of increasing disposable income to spend. In reality, the disposable incomes of Russians have fallen for five out of the past six years. 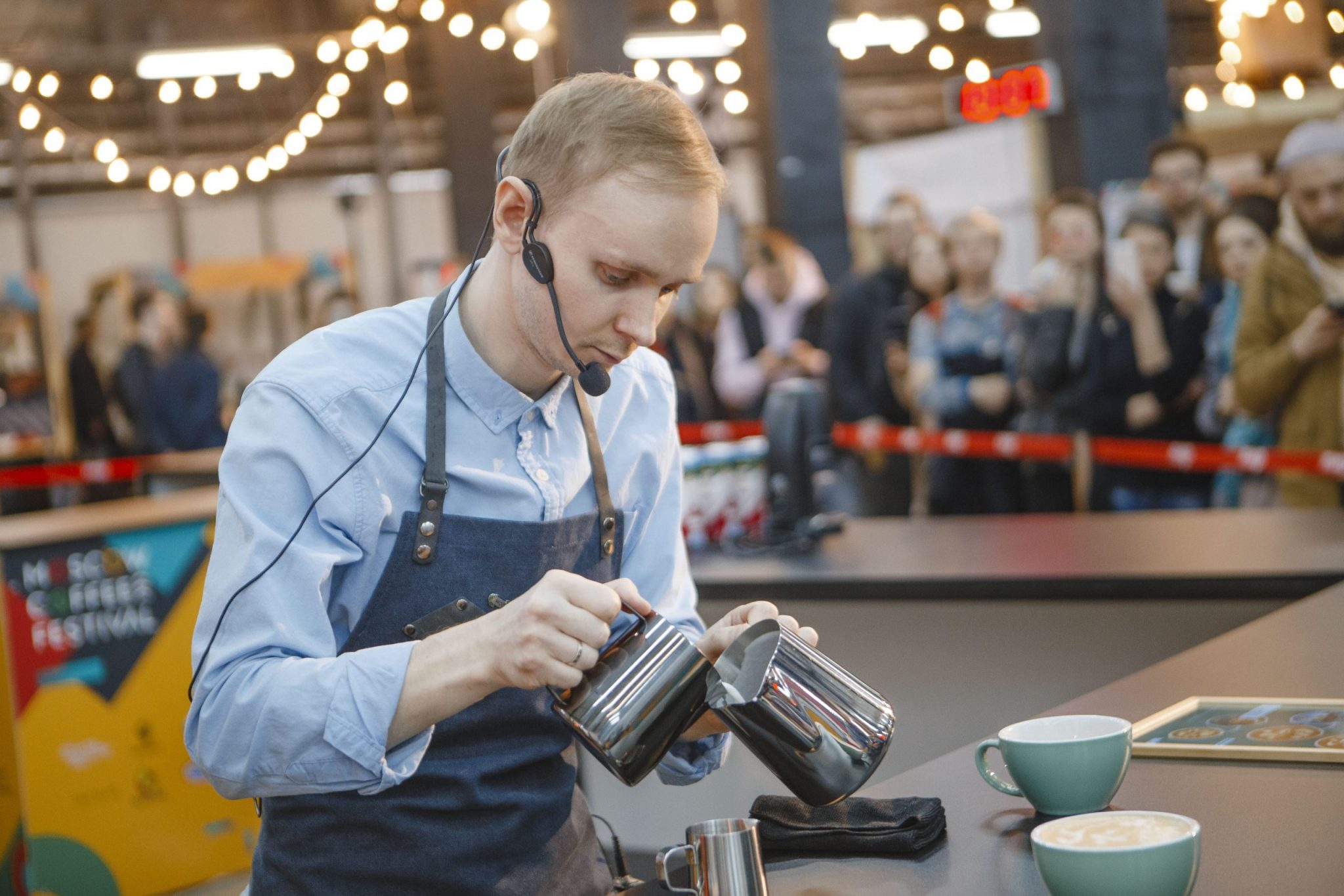 There are a number of things that producers and roasters looking to enter the Russian coffee industry can do. Drago recommends linking up with local Russian businesses to help guide them through the initial stages: “Look into synergistic partnership[s] with local Russian companies, where the local company could offer full support in navigating the complexities of doing business in Russia”.

Another potential route to entering the market would be providing beans from diverse regions, as currently, the majority of all coffee imported in the country comes from Brazil or Vietnam. Taking this into consideration could help roasters and producers transition more easily into the market and set a solid base for themselves.

With coffee beverages accounting for only 40-60% of total sales in bigger chain stores and the typical Russian consumer willing to spend between 920-1540 Rubles (15-25 USD) when visiting a café, creating a food menu will have value, helping lure customers previously put off by the country’s national smoking ban. Offering coffee and food to this group could bring them into public spaces, in an unorthodox way.

Current trends indicate that there’s never been a better time for businesses to enter this market, as roast and ground coffee is slowly starting to take over instant’s hold on the coffee industry. “Since 2014, the growth in instant coffee consumption has been stagnating. Partly this is due to the total collapse of Russian currency back in 2013, a rise in inflation, and the general economic slowdown in Russia,” Drago explains.

“Consumption of roast and ground coffee in stores and in cafés has increased in the past decade, and one may even say that it’s flourished. This trend is expected to continue in the coming years, and I see no reason for a slowdown”. 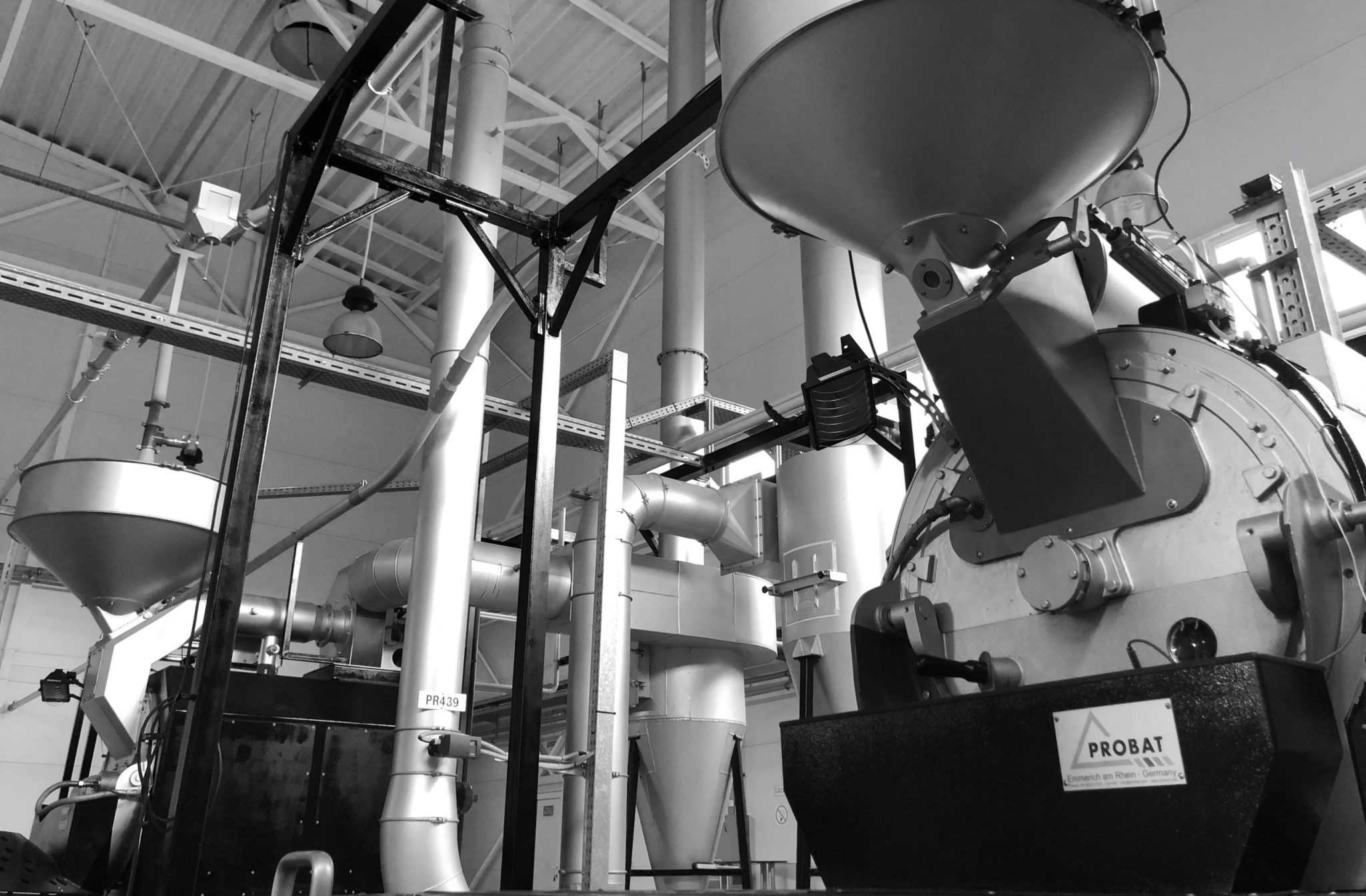 Despite specialty coffee catering to a niche market in Russia, Drago believes that there is room for it to flourish. While Russia may be slower to catch up to the specialty scene than the rest of the world, the possibilities for producers and roasters willing to get involved at this point are endless.

“If we compare Russia to the countries of Western Europe, where per capita per annum consumption varies from between 6 and 14 kgs, I would conclude that Russia has colossal potential for further development of the coffee market for many years to come,” he says.