As an increasingly scarce resource, water availability is a pressing issue facing coffee producers. However, as the Specialty Coffee Association says, “The way coffee is produced and processed can either be part of the solution to the water crisis, or it can be part of the problem.”

While Arabica coffee is most at home in biodiverse forests where water cycles are naturally regulated, providing this exact environment (or replicating it by growing shade-grown coffee) isn’t feasible in every location or for every size of farm.

For producers growing coffee in full sun, deliberate water management efforts will help their plants remain healthy, so its cherries can reach their full potential. Here’s how producers can protect their water resources and optimise its usage while doing what’s best for their crops. 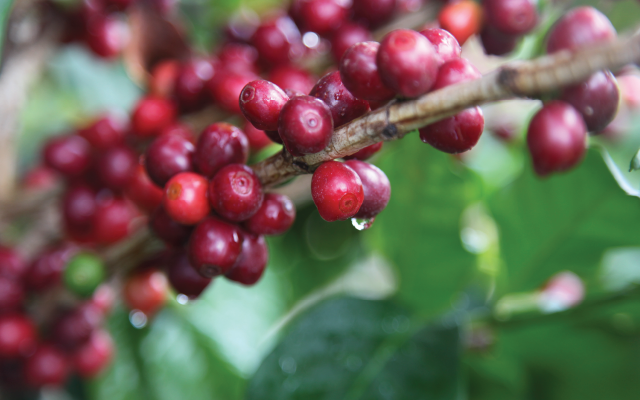 The High Cost of Coffee Production

According to a study conducted by the IHE Delft Institute for Water Education (the world’s largest international graduate water education facility), roughly 140 litres of water is necessary to produce a 125 ml cup of coffee.

The study explains that while the amount of water used will differ depending on whether wet or dry production is used, the majority that is used is used during the plant’s growth stage. It’s also worth noting that depending on climate, geography, and other factors, this amount of consumption could change.

As sun-grown production can result in higher coffee volumes, it’s a popular solution proposed for farms that aren’t profitable. However, it comes with a cost, as it forgoes many of the benefits that shade-grown coffee comes with. Increasingly, specialty coffee is being sourced from irrigated plantations, where added water supplements rainfall during dry seasons. 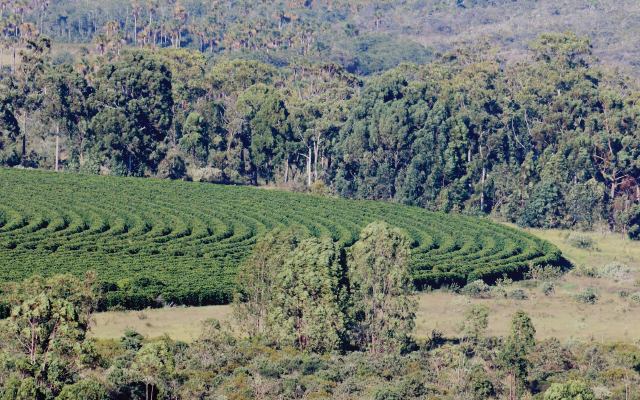 The Role of Drip-lines & Monitoring

Juliana Armelin and her husband Paulo Siqueira run Fazenda Terra Alta, which is located in Ibiá, in Brazil’s Cerrado region. Their 520 acre plantation produces about 11 000 bags of beans a year. The couple has adopted many practices to reduce their environmental footprint, including a subsurface dripline nutri-irrigation system to reduce water and fertilizer waste.

The farm was founded in 2010 on what was a cattle ranch, which means that its soil was in bad condition and the natural springs were neglected. As Juliana says, it’s “fundamental to take care of the water springs and around rivers in your properties… We did a great amount of work to correct and to monitor erosion in risk areas and planting native trees.”

Fazenda Terra’s subsurface drip line nutri-irrigation system prevents water wastage by aiming controlled amounts of water at each plant’s base. Targeting the base means most of the water goes underground, preventing unnecessary evaporation and leaks. The lines are also used to dispense fertilizer.

The amount of water available to plants will determine when and how much irrigation is needed, and for this to take place, the soil’s moisture content must be measured. When soil pores are completely saturated with water, the soil-water tension is said to be zero.

Fazenda Terra Alta uses hydric balance readers throughout their farm. “Taking tension measurements… gives us a more precise idea of the quantity of water available in the soil … Besides that, we have a meteorological station that provides the data of rain and evaporation-transpiration. With all this data, we analyze the plants daily during the dry season, to make sure that the amount of water is satisfactory.” 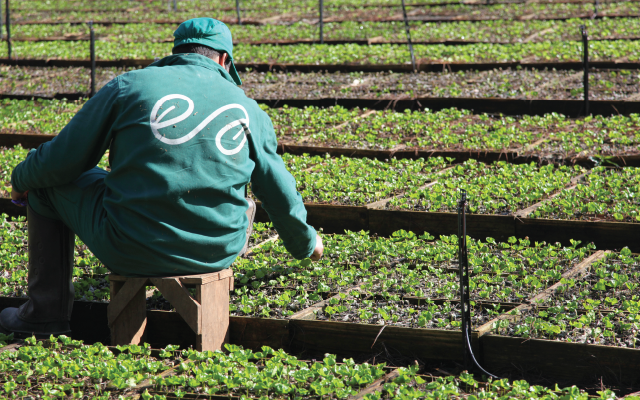 A farmer inspects plants in a nursery at the Ecoagrícola Specialty Coffee Estate in Serra do Cabral, Minas Gerais, Brazil. Credit: Ecoagrícola

Next, I spoke to Marcelo Flanzer, who is a Founder and Director at Ecoagrícola in Serra do Cabral, Minas Gerais. On his farm, pivot irrigation is used. Here, equipment rotates around a central pivot, watering crops with sprinklers in a circular pattern. This method uses less water compared to other forms of irrigation.

The equipment uses specialised Low Energy Precision Application technology to ensure water directly reaches the furrow, keeping the plant canopy dry. In addition, they use a precision agriculture system that with the aid of GPS monitoring, that allows them to ensure each plant receives the perfect amount of water and nutrients.

Marcelo says that “though our region has plenty of rain, we understand that irrigation…[provides] more security (during the weeks where rain is not regular) [and] it increases productivity. We are fortunate to have… many creeks where we can capture and store water with low back pressure”.

He adds, “We have an automatic measuring station that reads pluviometric data, solar radiation, temperature, and gives daily rates of evapo-transpiration, showing how many millimetres [of water is] needed…”.

The irrigation system is fed by a reservoir which Marcelo constructed at the highest point on his farm. He says, “We pump the water to the reservoir at night when the power rates are cheaper. When it’s time for irrigation, the water comes down with the help of gravity, saving a lot of power/energy.”

Marcelo uses hydric stress (long periods where the plant is without water) to his advantage. He tells me that the start of the harvest coincides with the region’s dry season from May to September. He says that “We don’t use water for approximately 90 days. This helps the plant to have a more uniform blossoming, resulting in more homogeneous ripeness and better quality coffee”. 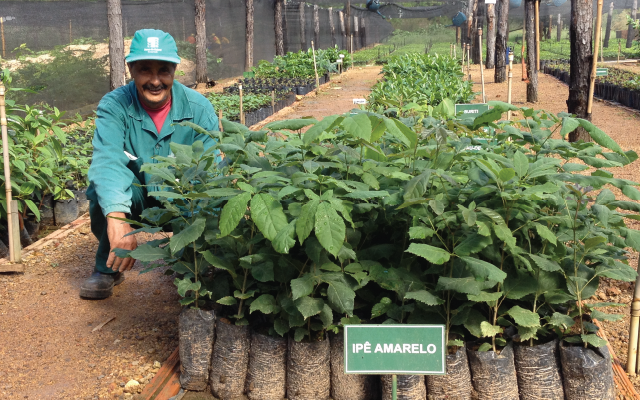 A farmer inspects plants in a nursery at the Ecoagrícola Specialty Coffee Estate in Serra do Cabral, Minas Gerais, Brazil. Credit: Ecoagrícola

While farms like Ecoagrícola and Fazenda Terra Alta operate on a larger scale than many coffee producers, there are still ways that water management practices can be implemented on a smaller and more affordable scale. Here are a few ways this can be accomplished. 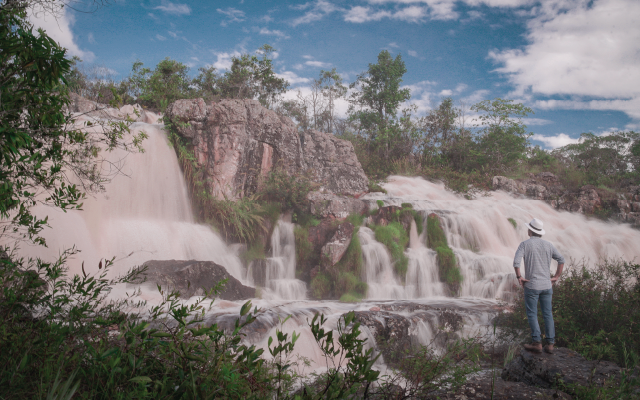 Marcelo Flanzer looks at a waterfall on his coffee farm in Minas Gerais, Brazil. Credit: Ecoagrícola

Water scarcity is a problem that is here to stay, and one that producers cannot afford to ignore.

While different climates and coffee farms will experience different levels of drought and water shortages, putting a proactive water management plan in place before conditions worsen will ensure that your farm is prepared for any eventuality it will face in the future.

Enjoyed this? Then Read How Climate Change Impacts Your Coffee Plants