Cold brew is a popular drink in many specialty coffee shops around the world. This is in large part thanks to demand from millennial coffee drinkers, who make up a sizable amount of the world’s coffee consuming population.

Having been invented several decades ago, it’s re-emergence as a popular beverage choice for younger generations is something coffee shops and roasters should be noting. By understanding how and why they enjoy cold brew, you can better market it to their preferences.

Here’s what you need to know, and how to successfully integrate this trend into your business offering. 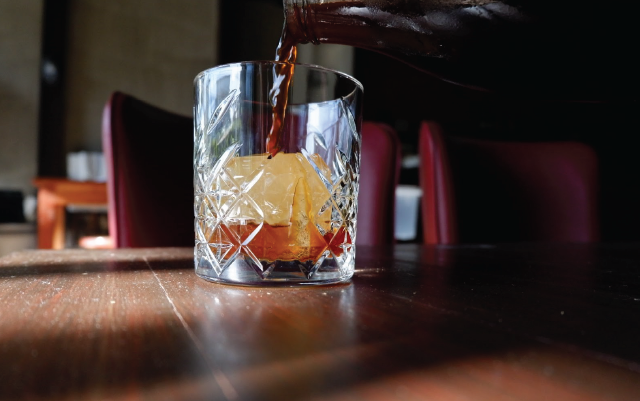 What Is Cold Brew?

The first instance of cold brew was recorded in 17th century Japan. It was created by sailors as an alternative way to enjoy hot coffee, by eliminating the fire hazards traditional brewing methods would create.

It’s cold serving temperature made it popular with French troops in Algeria in 1840, where soldiers drank a coffee concentrate combined with cold water to cope with the desert heat. Some decades later, Civil War soldiers in America enjoyed a similar type of drink for its convenience.

References in coffee compendiums and documents from the late 1800s to early 1900s reveal that versions of cold brew were enjoyed everywhere from Cuba to England, where its brewing method made it popular, as refrigeration wasn’t widely available. As time passed, countries like Vietnam, India, and Latin America started developing their take on cold brew and iced coffee.

These days, cold brew remains a popular drink. According to John Buckner (Vice President of Marketing for S&D Coffee and Tea) in a speech delivered at 2016’s Re:co Symposium in Atlanta, consumption rates of iced and frozen coffee had increased by 40% over the previous five years.

Most recipes for modern cold brew require that ground coffee be extracted in water for up to 24 hours at room or refrigerated temperature, before being served over ice or with added water or milk. While it’s often confused with iced coffee, the latter differs significantly as it’s made using hot, brewed espresso.

In terms of its drinking qualities, cold brew is smoother, sweeter, and less acidic than hot coffee – all qualities that make it highly appealing to a millennials seeking a caffeinated and easy to drink alternative to soda and other artificially sweetened beverages.

One distinct variation of the drink that’s equally popular as the original is nitro brewed coffee, which is cold brewed coffee that’s infused with nitrogen, stored in kegs, and served on draft so that a glass can be pulled from the tap as it’s ordered. The nitrogen forms small, fine bubbles on top of the drink, creating a white foamy head that resembles a pint of beer.

It, too, creates a drink with a smooth and almost creamy texture, replicating the sensation of a milk-based beverage. The nitrogen also enhances its taste by adding sweetness. 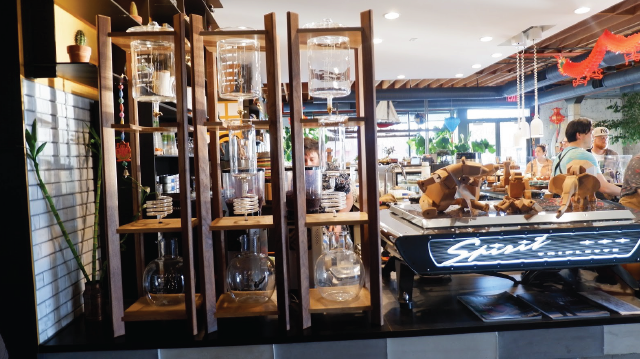 Why Millennials Have Taken To Cold Brew Consumption

Millennials are more likely to drink iced or frozen coffee than their older counterparts. According to John, most millennials have either heard of or tried cold brew. In a speech at 2016’s Re:co Symposium, Diane Aylsworth, (VP of Cold Brew at Stumptown Coffee Roasters), mentioned that it’s something they enjoy throughout the day, unlike hot coffee. The reasons for this are numerous.

For millennials, coffee is more than a product – it’s an experience. They’re willing to spend more on it, and see it as an affordable luxury. They’re also more engaged with it, with many appreciating it the way previous generations enjoyed wine and beer. Its brewing method is said to “premiumize” the drinking experience, as it releases more nuanced flavours.

Millennials also value convenience. Grabbing a bottle of cold brew from a fridge or ordering a takeaway nitro cold brew is a quick and convenient way for them to experience specialty coffee. In addition, the fact that it’s often available in a can or glass means it can be purchased and enjoyed at home.

Millennials could also be choosing cold brew for environmental reasons. This demographic is more educated and knowledgeable than before, and they value ethical spending. They also are interested in brands that offer sustainability and eco-friendly products.

Roland Lodr, co-founder of Happy Baristas in Berlin, says that nitro brew coffee reduces the transportation and packaging needed to store and serve drinks, generating less carbon emissions and material waste. In can or glass format, it’s recyclable too. 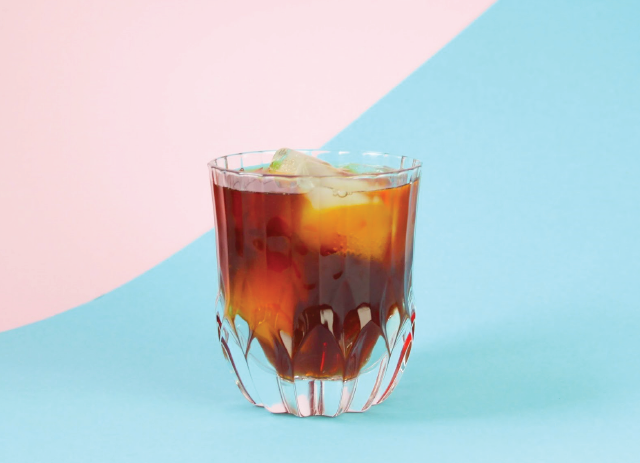 Like hot coffee, cold brew needs to be prepared with care and attention to detail to create a quality drink. Joyce Klassen, Baratza Marketing Manager, spoke to me about how differences in brewing temperature can impact cold brew extraction rates.

She explains that “extracting at room temperature slows the extraction process [and] extracting at refrigerated temperatures slows it even further”. To compensate for this slow extraction rate, the coffee must brew for a longer time period. This makes the coffee’s grind size just as important.

“Grind is typically very coarse for cold brew to reduce surface area. Think French press but coarser,” Joyce informs me. “If we increased [the] surface area by grinding [it] finer, the long steeping process would result in very muddy and over-extracted coffee”.

In a 2014 Let’s Talk Coffee panel on cold brew, Nathanael May, Director of Coffee at Portland Roasting, mentioned that consumers tend to associate cold brew with smoother chocolate and nut notes, as opposed to fruity or acidic ones.

This will impact the beans used. For this reason, Central American coffees might be more appealing, whereas bright and fruity African coffees may not create that familiar cold brew taste.

In order to keep up with the increased consumption throughout the day, decaffeinated cold brew is another offering that should be considered. Erin Reed, Director of Marketing at Swiss Water, says that there’s something about cold brew that makes people willing to drink it later in the day. It’s also seen as having refreshing and thirst-quenching properties.

Erin says that “the challenge with cold brew is that it’s very high in caffeine, so this same consumer group…is more likely to turn to a decaf cold brew option. The enabler is a high quality decaffeinating process that allows the taste profile of cold brewed specialty coffee to be presented”. 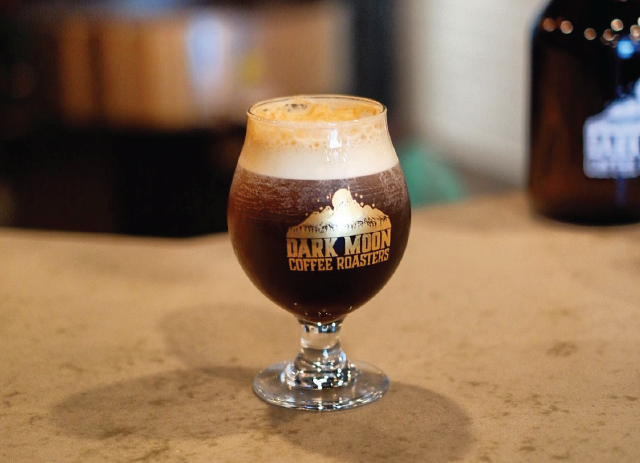 Keeping Up With The Cold Brew Trend

According to Diane, the speciality coffee industry has started to view cold brew as a “unique premium beverage”. For coffee shop owners looking to capitalise on this trend, several factors need to be considered.

She mentions that unlike in traditional cafés, cold brew can be consumed in secondary channels and more accessible places. It gives sellers an opportunity to access larger markets than before, and compete against other drinks. By having their cold brew on shelves, businesses can increase their coffee’s exposure and accessibility to the masses.

The use of draft systems in coffee shops could also increase demand for beverages on tap. Roland says that nitrogen could be introduced to a range of drinks already available on menus such as teas, lemonades or kombuchas, changing and evolving how we perceive these popular beverages.

Cold brew concentrates can allow coffee shops to become more creative when using coffee as an ingredient, rather than just offering it as a standalone beverage. This way, it can easily be added to cocktails or liqueurs, opening up a new avenue for consumers who enjoy coffee. 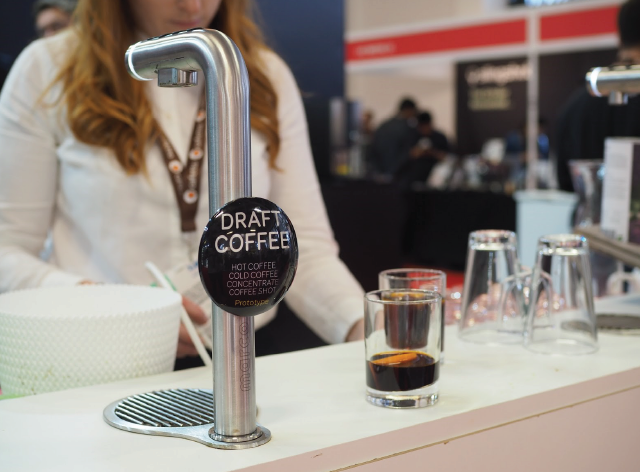 Coffee shops and roasters looking to target the millennial consumer market (as well as the generations that follow them) should explore how offering beverages like cold brew can draw their interest, whilst benefiting their business.

If you’re willing to invest in refining and enhancing the quality of your existing cold brew offering – or create a new one – the benefits that you could receive will be exponential.

Enjoyed this? Then Read Millennials Turn to Decaf: What Does This Mean for Café Owners?