An Art Deco design icon and emblem of Italian coffee culture, the moka pot is instantly recognizable by millions all over the world. But although many people rely on it for their daily cup of coffee, few know of its considerable influence on coffee culture worldwide.

Read on to learn how this humble coffee maker came to revolutionize how we consume coffee at home, and changed home brewing forever. 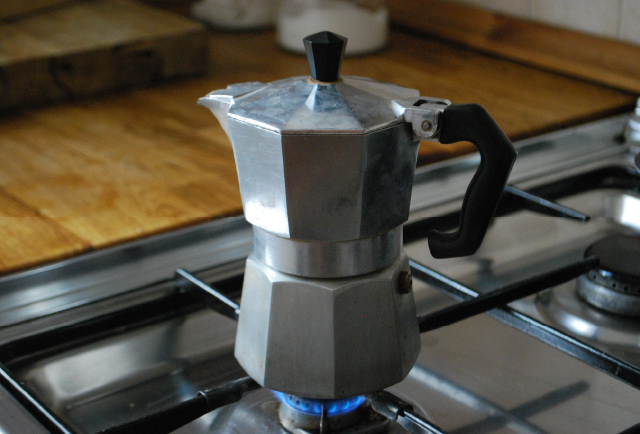 A Product of Italian Coffee Culture

The moka pot was invented in Italy, as a natural progression of the country’s coffee scene.

Coffee was first introduced to Italians in the sixteenth century as an exotic and expensive luxury. As such, it was consumed primarily by wealthy Italians in commercial coffee houses. These establishments prepared and served coffee in pots using hot-infusion methods.

An increase in demand led innovators to look for ways to brew coffee more efficiently. Experimentation with steam pressure brewing led to the first espresso machines being patented and released to market from 1884 onwards. This new approach vastly improved extraction time, enabling fresh cups of coffee to be served quickly – or ‘expressly’.

An example of pressurised percolation, the espresso machines worked by boiling water under pressure to force steam through finely ground coffee beans. This would produce a strong-tasting concentrate, which was suitable for quick consumption.

As these early espresso machines were large, they were only suitable for commercial use. In American-style bars, customers would order (and be served) cups of coffee while standing at the counter. In an increasingly industrial society, this quick service was ideal for workers who needed a quick coffee on the go – a tradition that continues to this day.

You may also like The History of Italian Espresso: Do You Know Your Coffee History? 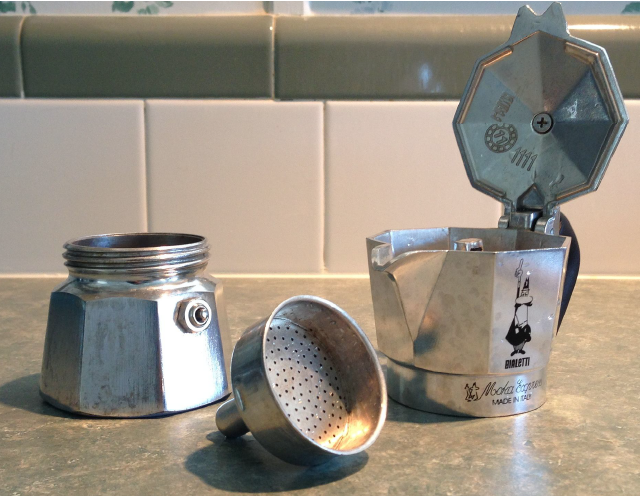 The Arrival of The Moka Express

The arrival of the fifties brought an economic boom to Italy that accelerated consumerism and led to an increase in the comfort and size of Italian homes. The popularity of coffee really took off at this point, creating a demand for a way of reproducing the efficiency (and results) of a commercial espresso machine, at home.

Enter Alfonso Bialetti. While he invented the moka pot in 1933, it benefited enormously from the country’s economic upturn some years later. The Moka Express, (the eight-sided aluminium stovetop brewer we use to this day) gained a reputation as a cheap and efficient way to brew coffee at home. It was named after the city of Mocha which, until the early eighteenth century, was a major port for Yemen’s coffee export to Europe.

Designed for use on a stove, the moka pot has three main parts. Like espresso machines, it passes boiling water that’s been pressurized by steam through ground coffee. Steam is created in the boiler. Pressure builds until the water is forced through a funnel and the ground coffee, into the top chamber. The familiar sputtering sound that occurs when the boiler is nearly empty lets you know that the coffee is ready.

Although the moka pot doesn’t yield crema, it does produce an espresso-like shot of coffee, and went on to make an important contribution to the rise of espresso culture.

It also proved to be an enormous commercial success. According to Tristan Stephenson in his book The Curious Barista’s Guide to Coffee, ‘[i]n just over ten years the “Express” sold 20 million units.” This coincided with domestic consumption of coffee having ‘doubled between 1955 and 1970’, as Jonathan Morris reports in the book Coffee: A Global History. Today, Bialetti claims that their moka pot can be found in nine out of ten households in Italy. But how did it fare abroad? 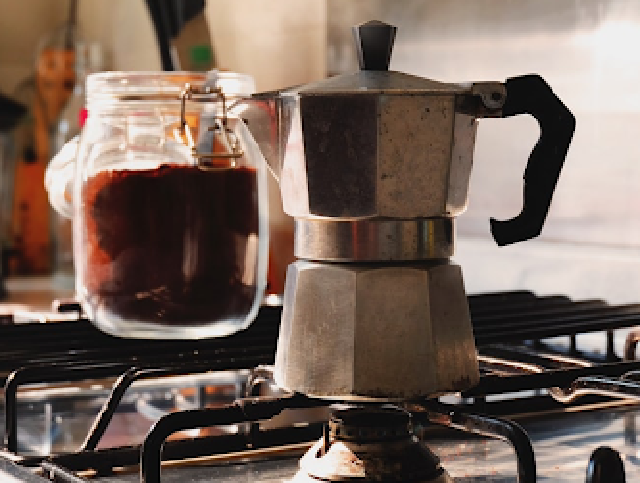 Moka pot and container with grounded coffee up on a stove. Credit: Eric Bardeau

The Moka Pot Conquers The World

By the 1950s, Bialetti had established itself as one of the leading Italian coffee-maker manufacturers, and had started to break into foreign markets too. By the end of the twentieth century, sales had reached approximately 220 million.

To an extent, its fortune was intertwined with the spread of espresso culture abroad – to which competing espresso machines also contributed. It was also influenced by twentieth century innovations in manufacturing such as aluminium becoming available on an industrial scale. Italian communities around the world also played a part in popularizing Italian-style coffee.

As in Italy, coffee evolved in other countries from being a luxury to an affordable commodity. Consumption habits in emerging markets, however, took on their own evolutionary paths. In the USA and UK, for example, the addition of milk to produce café lattes and cappuccinos was, and remains, far more prevalent than in Italy.

Imports and exports currently reflect a demand for Robusta blends that meet the requirements of the espresso industry that the moka pot helped build.

In a report by the Netherland’s Centre for the Promotion of Imports, it’s mentioned that Italy is the second-largest importer of green coffee beans in Europe and the second-largest roasted coffee exporter on the continent, which has helped to create “an important demand for coffee producers worldwide, especially those that can meet the requirements for the espresso industry”.

There are also similar changes occuring in the market, at consumer level. While in 2015 sales of instant coffee fell by three percent, sales of the upmarket filtered coffee used to make espresso, cappuccino, or filter coffee have increased in recent years.

It’s arguable, rather than clear cut, that the moka pot has had a role in these sales figures. It has helped to spread espresso culture around the world, which has led people to buy coffee in a form suitable for making espresso. However, there are many other factors at play. 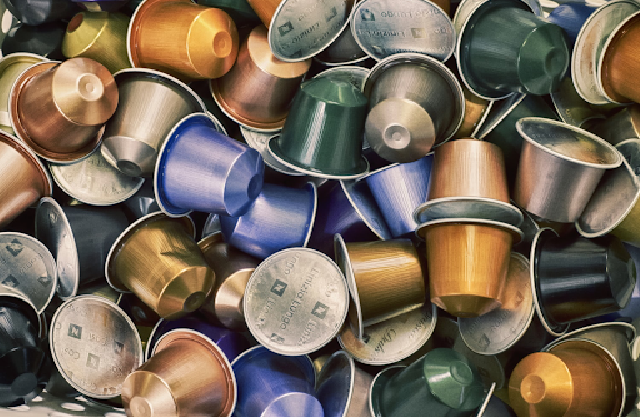 Coffee capsules are growing in popularity, thanks to their convenience. Credit: Jisu Han, via Unsplash

Modern Machines And The Rise of The Coffee Pod

Moka pots and espresso machines have both benefited from each other’s success, helping to spread espresso culture throughout the world.

The modern espresso machines took inspiration from the innovation of the moka pot, becoming more compact than their original incarnations, to make them more suitable for home use.

These machines have also taken advantage of the globalization of espresso culture.

Florence-based coffee machine manufacturer La Marzocco currently exports 97% of its output. Their machines have proven particularly popular in America because their machines provide the frothing power needed in a market dominated by milky drinks.

Coffee pod machines have also been influenced by the moka pot. These deliver convenient shots of coffee in the home and simplify the preparation process by issuing single portions. It’s been successful, with the global coffee pod market expected to grow to US $29.2 billion by 2025.

As has been pointed out elsewhere, many of the companies producing these machines have attempted to align themselves with Italian coffee culture by giving their products Italian-sounding names. As such, they pose fierce competition to Bialetti and the moka pot. 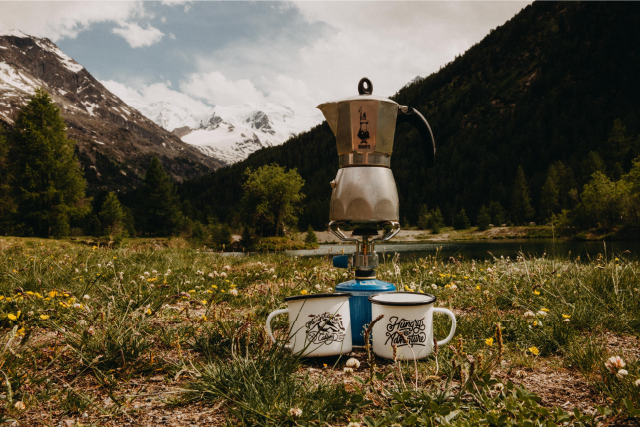 What About Other Home Brewing Methods?

The threats facing the moka pot extend beyond the espresso machines, and it’s now in danger of becoming a victim of its own success. In helping to popularise a culture of home brewing, it’s paved the way for new methods and devices, which have a superior reputation in specialty coffee culture.

With the advent of the third wave of coffee, many coffee enthusiasts have come to favour other machines that can quickly and efficiently yield a true espresso without the risk of producing burnt flavours. With more choices than ever, people are finding better results and greater scope for experimentation.

There are so many different brewing methods to try out (pour over, immersion, drip brewing, and so on), as well as an increasing range of rival devices available. Through playing around with variables, consumers can bring out different qualities from the coffee beans, using different devices.

For this reason, the moka pot has been unable to profit from an increased interest in manual home brewing. Its decline has been such that the company Bialetti risks extinction. The company declared bankruptcy in October 2018 having accrued debts to the total of $77,3165,680. However, it could still be saved from a massive loan from a US hedge fund. 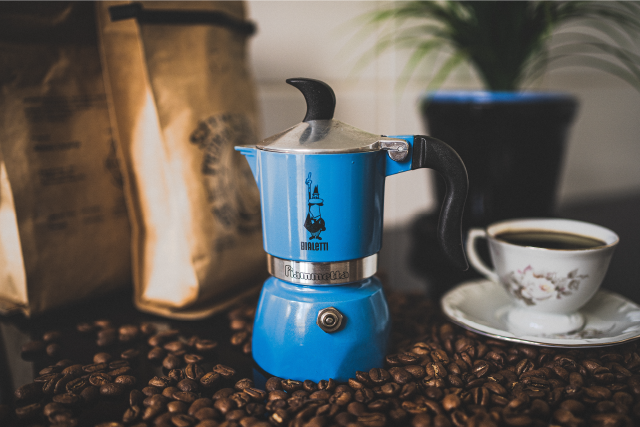 The Legacy of The Moka Pot

Whatever the future holds for the moka pot, it will always enjoy a privileged seat in the pantheon of coffee brewers.

Before it was introduced, coffee was consumed in public rather than private spaces, and only drank in elite circles. It introduced espresso-style coffee to a global consumer base and influenced how we prepare, brew, and serve coffee.

A technological innovation and driver of sociological change, its overall impact on coffee culture has been profound.

I hope that you’ll, therefore, join me in raising a cup to the moka pot!

Enjoyed this? Check out A Brief History of Coffee Consumption