Huehuetenango, Guatemala is known for top-quality coffee, but the region hasn’t been immune to the ongoing coffee price crisis. High in the misty mountains near the Mexican border, communities have struggled and younger generations have left in search of new opportunities. All of this has had an impact on the quality of life in farming communities, as well as on the quality of their coffee.

Yet in the community of La Libertad, Huehuetenango, things are different. Even during the price crisis, they have continued improving their well-being by raising the quality of their coffee. The question is, how? 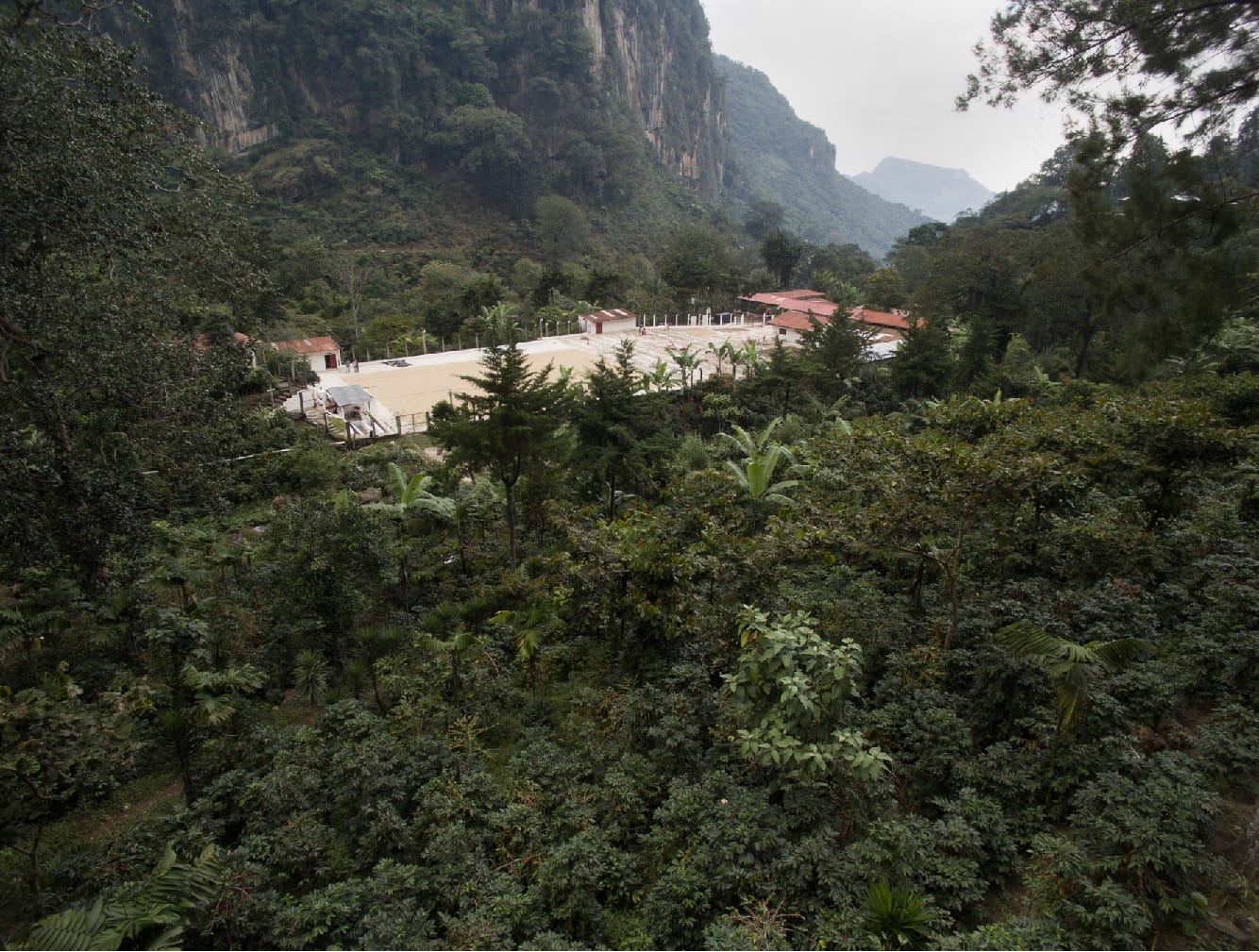 Why Are Coffee Communities Struggling?

Low prices are an increasingly pressing issue for the coffee industry. When farmers are unable to cover their costs of production, they are unable to afford fertilizers and pesticides to keep their plants healthy. Then, they find themselves unable to maintain their processing and drying infrastructure. They also can’t afford to hire pickers or pay them properly.

As prices remain low and quality and yields further deteriorate, farmers suffer directly. Children work instead of going to school. Families can’t afford basic foods throughout the year. Healthcare is often out of reach.

Coffee is a long-term crop that needs specific climatic conditions, so farmers who are unable to make a living through it often struggle to switch to different crops. If prices remain low for an extended period, they often have no other choice but to emigrate, leaving their home behind.

Chad Trewick of Reciprocafé tells me, “Coffee, which used to represent the really good livelihood source for communities, hasn’t really been able to do that for at least a generation. And so, the generation that’s growing up now has only seen coffee be a disaster, essentially.” 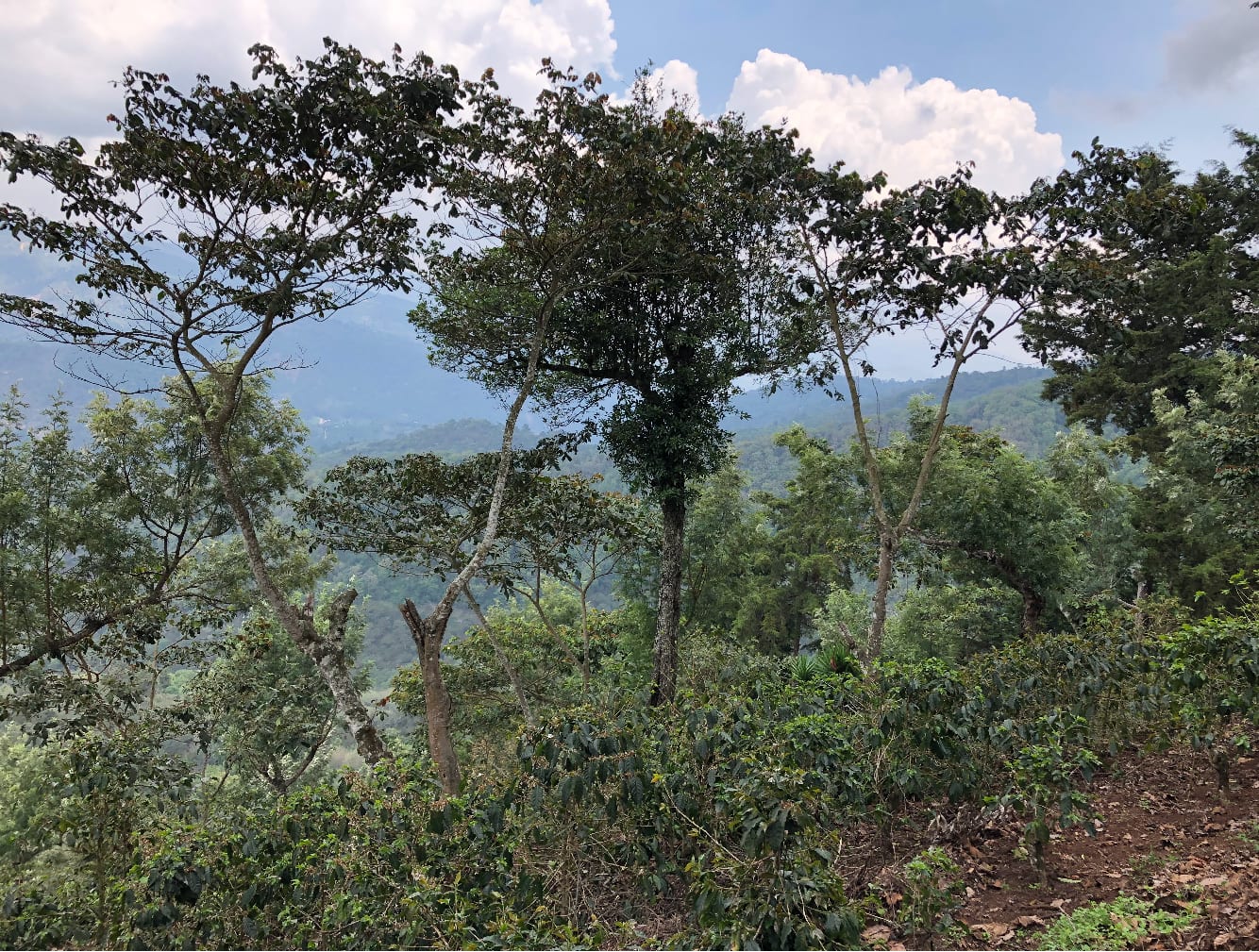 The Farm That Saw Opportunities in Coffee

In 2002, Renardo Ovalle and his mother were producing coffee on their farm, Finca La Bolsa, and selling it to an exporter. “Back then, all the coffee was traditionally sent to an exporter… at New York [C-market] prices and a differential, as it traditionally has been done,” Renardo tells me.

But then, the family decided to enter their farm in the Guatemala Cup of Excellence, where it did well. “We participated without understanding any notion of coffee quality,” Renardo says.

After the competition, their view on their coffee changed. “We began to discover that the coffee had quality.”

Another important event happened that year: they met Christy Thorns of Allegro Coffee and began their first direct trade relationship, which lasts to this day. The security of three-year contracts allowed the family to invest in their farm, and things moved briskly after that. They found new clients, achieved Rainforest Alliance certification, and planted new lots in the following five years.

The coffee farm was growing – but they didn’t want to leave the local community behind. 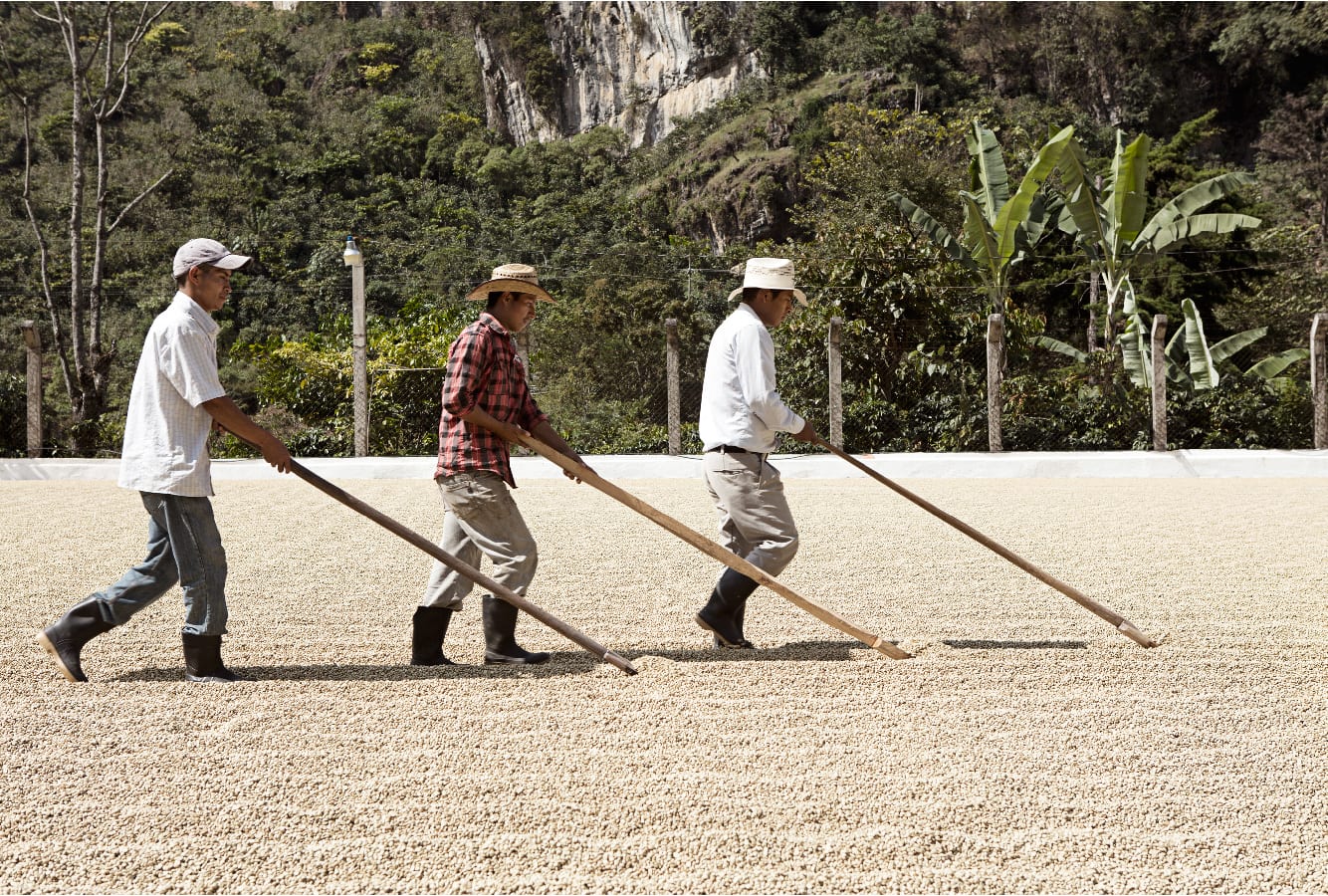 Working as a Community

Finca La Bolsa decided to leverage its quality control and international contacts to open the door for its neighbors to also export to the specialty market. Finca La Bolsa the farm became Vides 58 the exporter.

Through its Qawale (“partner” in Mayan) program, it exports coffee from surrounding small farmers as well as supplying them with technical assistance and feedback on quality control. Farmers are paid a higher-than-market price when they bring coffee to Vides 58, plus a quality premium based on how it scores. Renardo tells me that if Vides 58 can negotiate higher than anticipated prices for a certain lot, that is also passed directly from the buyer to the farmer.

“The program has been growing every year by about 30 to 40%,” says Renardo. “I think it won’t be like that for the rest of our lives, but I think because of the necessity of low prices, there is no opportunity to sell coffee at a good price. I think there is a lot of need for producers to sell their product at the best price possible.”

This year, Finca La Bolsa and its annexed lots will export between 12 to 15 containers of coffee. Meanwhile, 46 containers representing around 250 smallholder farmers will be moved through Vides 58. 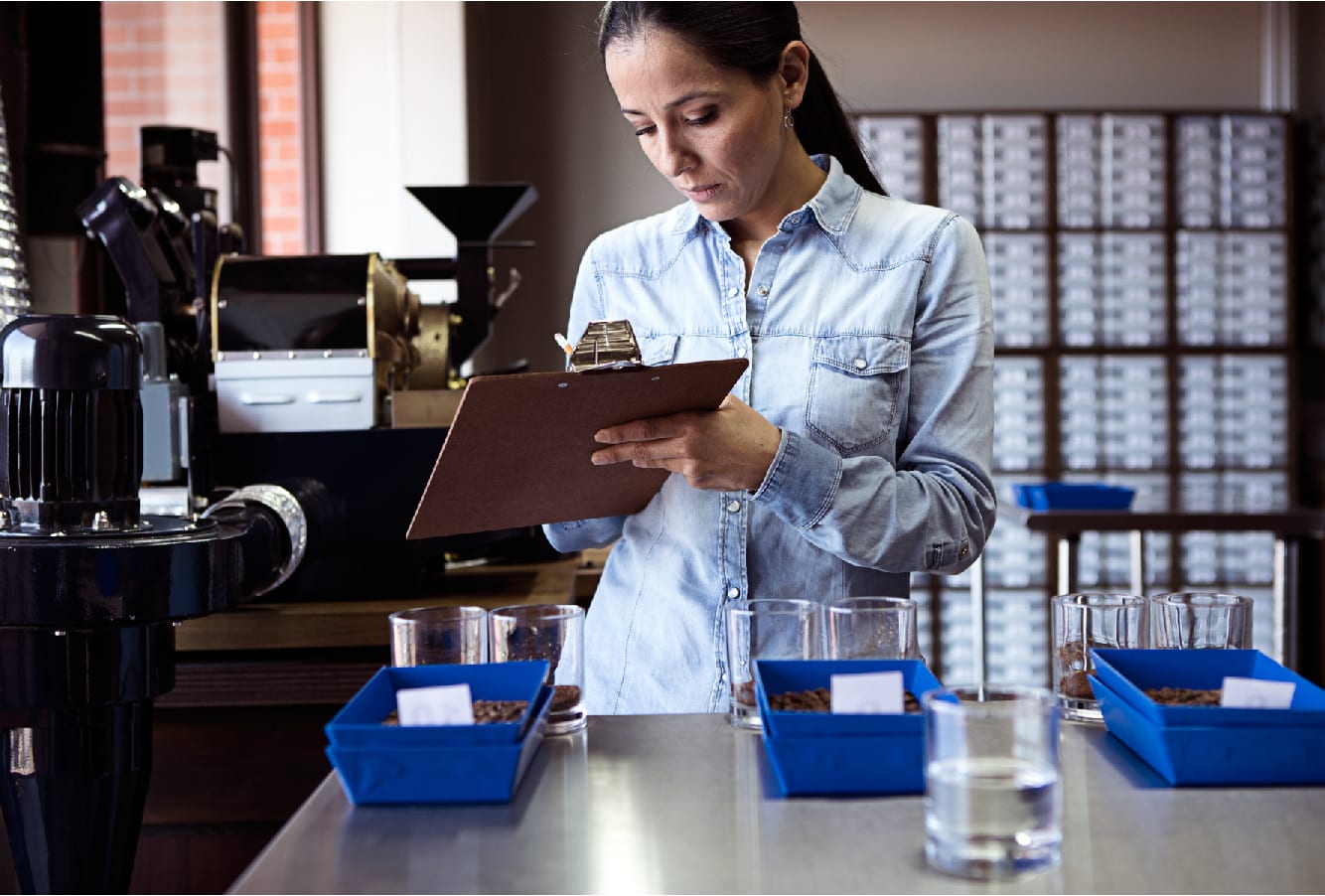 The Path From Traditional to Specialty Coffee

This model has worked for the farmers of La Libertad and surrounding areas because it focuses on specialty coffee. However, transitioning from traditional to specialty production hasn’t been an overnight process. Many practices which made sense within the context of traditional production needed to be unlearned.

Jacqueline Morales, who heads Quality Control for Vides 58, tells me that picking for optimal ripeness was the first and most important mindset-shift that farmers had to make.

“Because of the culture, of the custom, people go picking everything at once, because it benefits them more to do one pass than to pass two or three times through the same spot,” she says. “But with time, they understood that yes, there is a reward when they practice good practices in the harvest.”

Farmers have taken advantage of the feedback they receive from the team to improve their coffee’s quality, which in turn improves the overall lots that Vides 58 exports.

Jacqueline tells me, “It’s always been possible to find scores from 84 up to 90. From what I’ve seen in this area, it’s difficult to find scores below 84… If a coffee comes out any lower, it’s from bad practices, it has many immature beans or something like that.”

Before, there was little motivation to improve coffee quality. The time invested in it, with no hope of improved prices, would have reduced a farm’s profitability. However, improved access to the specialty coffee market has allowed the natural quality of the region to shine. The farmers have responded by working towards higher yields, higher quality, and better consistency. 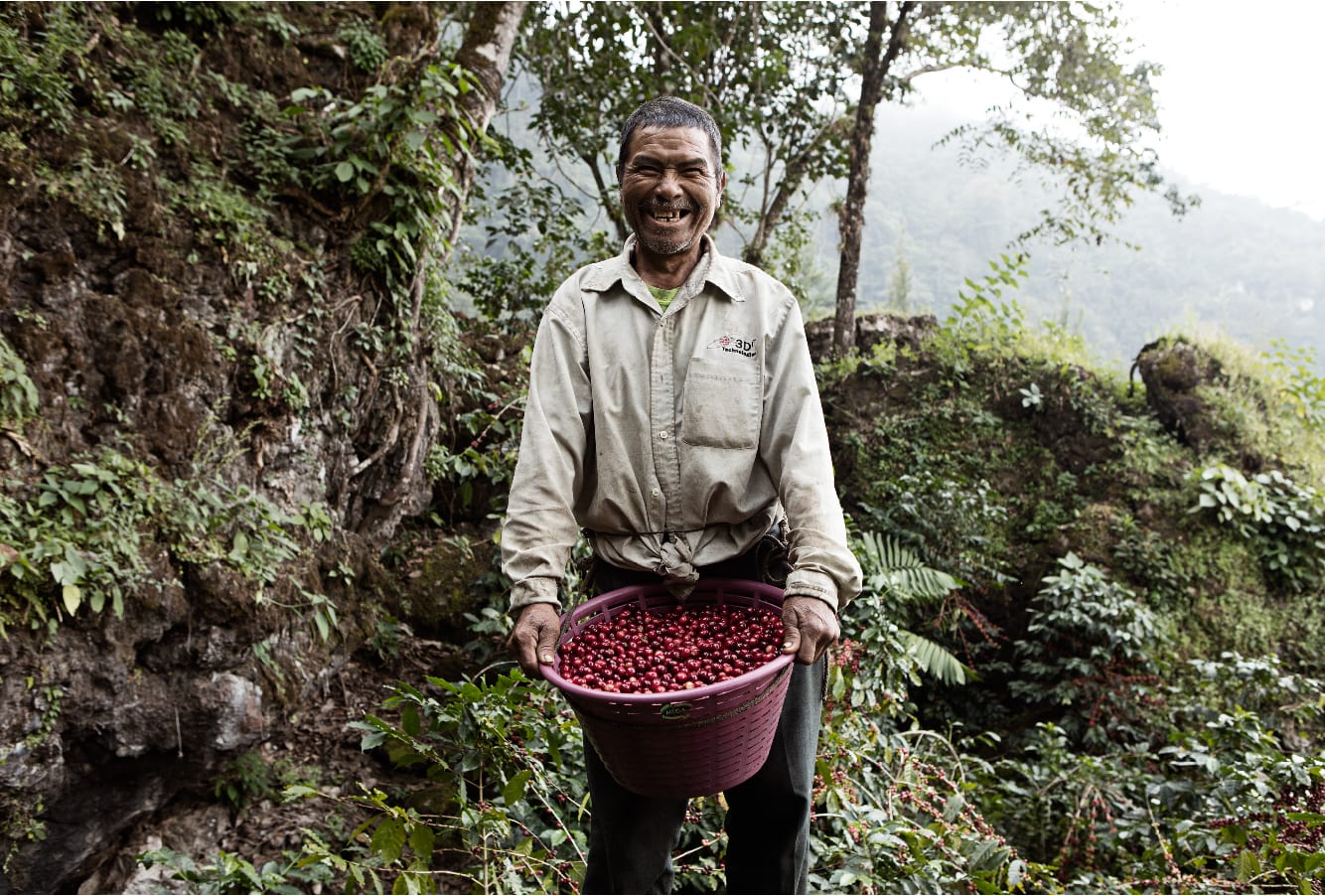 A coffee picker with a basket of ripe cherries in Huehuetenango. Credit: Vides 58

As the community gained more financial stability, they were also able to experiment. One example of this is the growth of natural and honey processing. Traditionally, this has always been difficult to do because of the region’s climate. Renardo explains, “During harvest time, when cold fronts enter from the north, from the United States, where they first hit is in Huehuetenango. So, this brings you many days of cloudy weather with rain.”

Natural and honey processed coffees, while in demand on the specialty market, take longer to dry. Humid weather can lead to mold and undesirable fermentation. However, it is not impossible to do in Huehuetenango – it just takes careful planning and management.

Renardo tells me that it took Finca La Bolsa three years of misadventures with natural processing before they learned to time picking and drying for naturals and honeys with weather forecasts from Mexico.

Once mastered, the Vides team of agronomists worked to spread the knowledge to local producers. Now, “[the producers] are beginning to experiment with naturals, with honeys. They are learning. And they’re showing good results.” 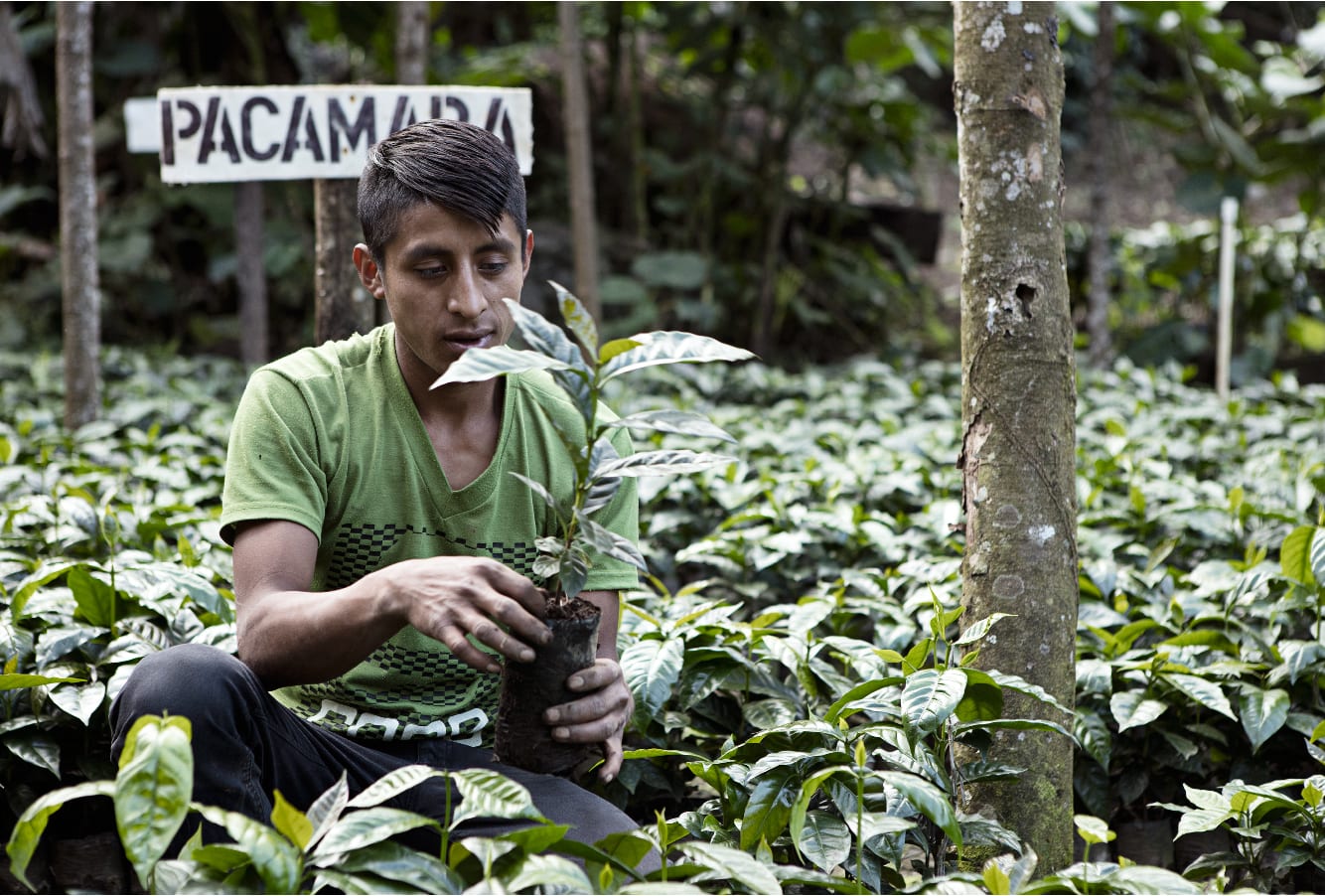 A Vides 58 agronomist examines seedlings in the nursery. Credit: Vides 58

The farmers of La Libertad have been able to raise their overall quality, maintain its consistency, and move into new domains such as alternative processing methods. This have been able to do so thanks to increased prices, market access, and technical assistance. Risk has been reduced and improving quality now comes with financial motivation, rather than representing a waste of income and resources.

The next step is organic production. Finca La Bolsa is currently planting new lots and converting some old ones to be certified Organic and Rainforest Alliance. Farming organic coffee can be a challenging and expensive initiative, especially in the beginning, but it can also command a price premium.

Renardo tells me that Vides 58 can absorb potential losses in the yield or quality of their own crops until they have mastered the technique and started to see the financial benefits. Then, they can pass that knowledge on to the community. “The idea is to continue growing with other producers that want to get further ahead, once we’ve first learned 100% the operations of this project,” he says. 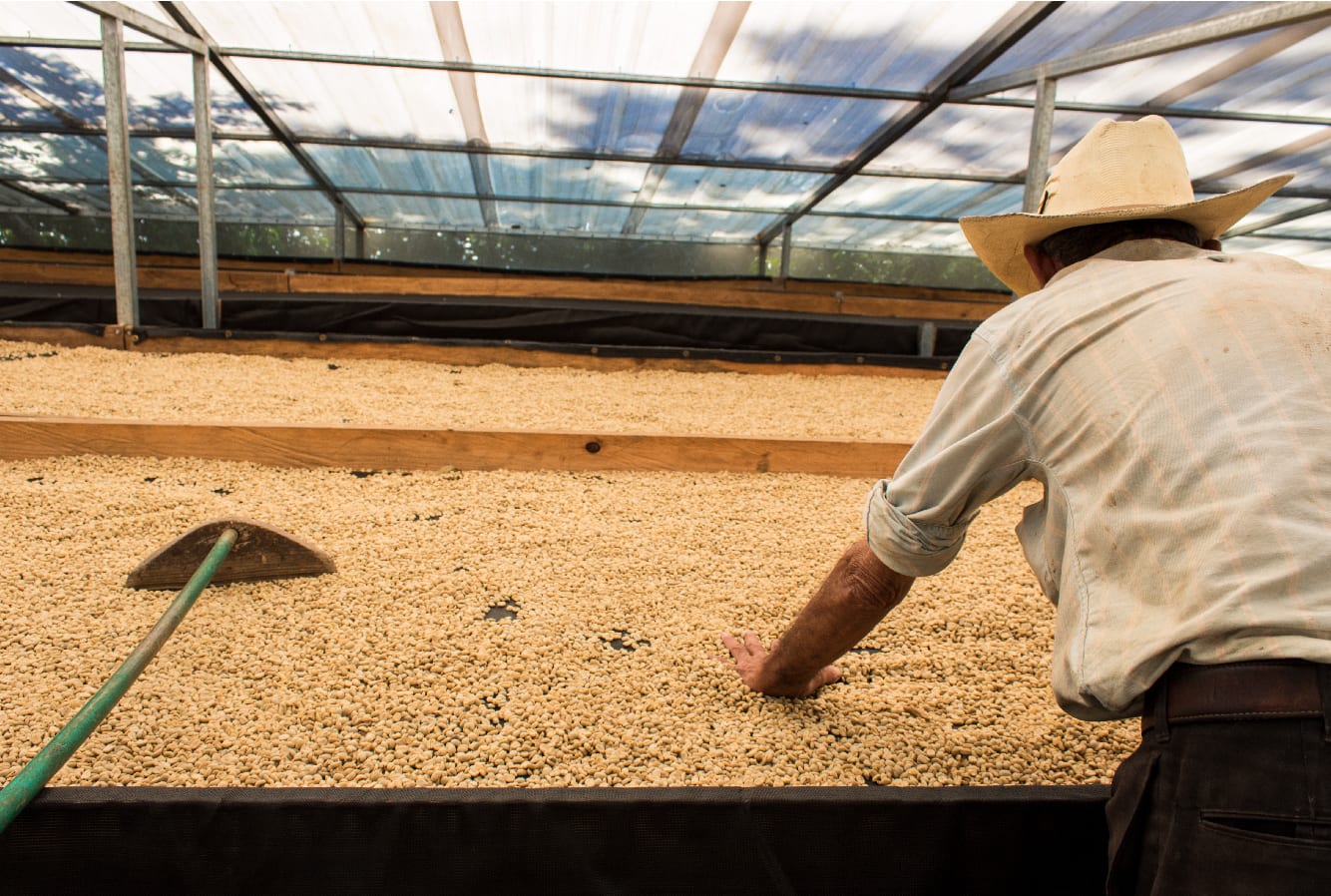 The Impact on The Community

Better prices allow farmers to invest in their farm. However, Chad tells me that farmers typically invest in “healthcare, education, nutrition – basic-needs stuff” when they are paid more for their coffee.

At Finca La Bolsa, there is a permanent school for farm workers and seasonal pickers, as well as a childcare center, which the farm has managed in conjunction with Guatemalan NGO CoffeeCare since 2009 (Finca La Bolsa is transitioning to sole management over the next two years).

Timoteo Constanza manages the school and childcare operations, and tells me that all coffee communities should have access to educational facilities. He describes the three services they provide: education, healthcare, and nutrition. For the children of coffee pickers, often the only alternative is to accompany their parents to the fields.

Chad tells me that when coffee represents hope instead of ruin, “it has all these ripple effects, like maybe the kids come home from the city and work on the farm… It enriches the social fabric of the community.”

The investments in social conditions that the community has been able to make end up being long-term investments in the coffee of the region. It’s difficult to quantify, but the signs are certainly there: on a recent trip to visit the community, Chad was delighted to see a new generation of farmers emerging.

“I was pretty sure they were all going to be old people, because I was 100% sure that all the young people had already left to go to the US to earn money, or something else, definitely not in coffee. So [the fact] that there were young people, I was super excited about it… There was a vein of hope.” 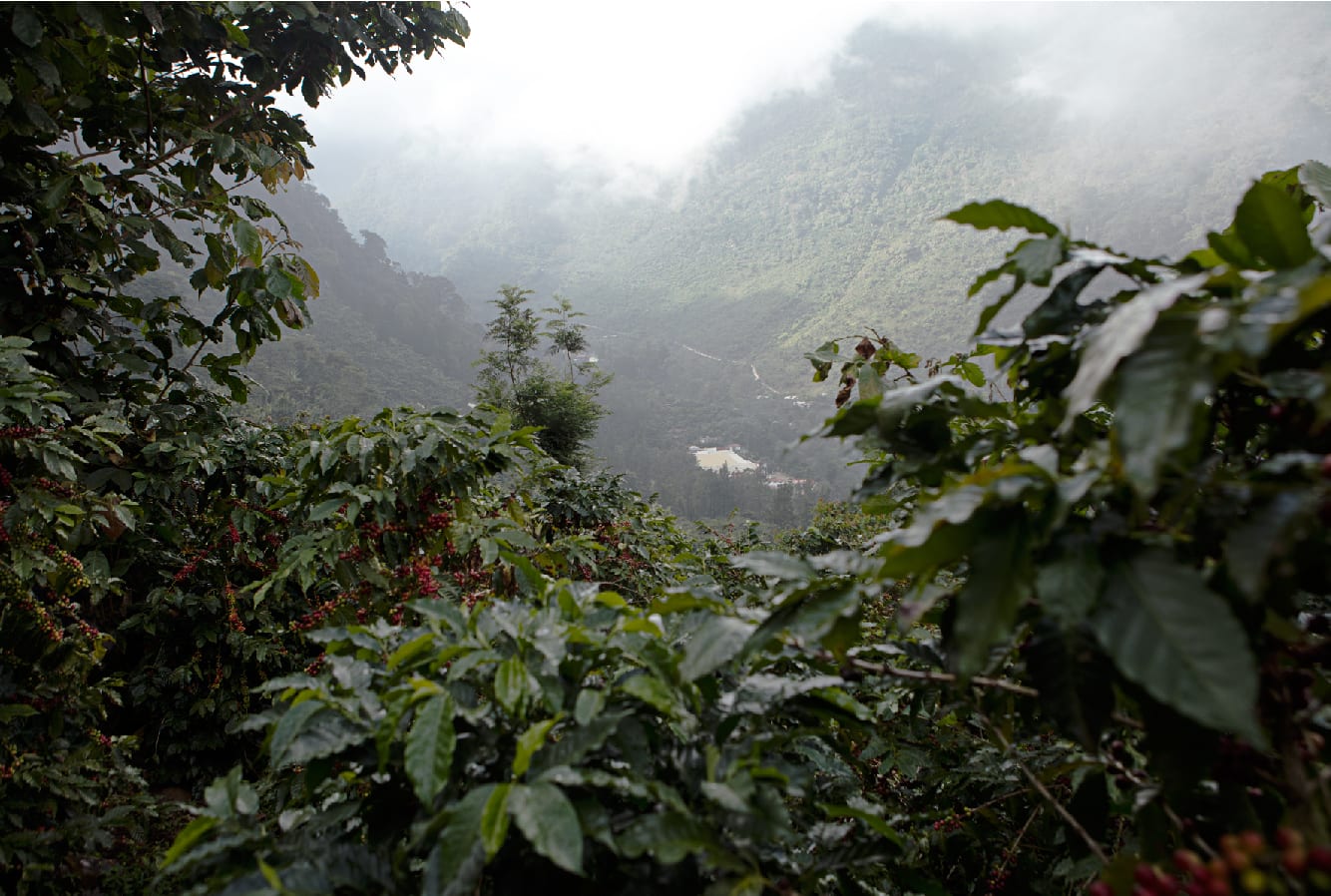 High up in the coffee fields. Credit: Vides 58

Improving coffee quality is not a simple task, especially in an environment of falling prices. Resources, risk, and know-how pose significant challenges. Yet the story of La Libertad illustrates one way in which, with a little market access, technical support, and financial security, a positive cycle can begin.

“This is totally replicable,” says Chad, “and this is, I think, a really critical way that supply chains will be organized in the future for coffee.”

Please note: This article has been sponsored by Vides 58.