How Long Should It Take You to Train Your Baristas?

A well-trained barista will help your coffee shop run smoother and put smiles on the faces of your customers. But until they finish their training, your barista’s productivity is reduced, your own time is taken up with overseeing their work, and customers may well receive lower-quality products and sub-par service. A trainee barista is an expensive investment, and you need to plan carefully to compensate for reduced efficiency during this period.

So, how long should it really take your new staff members to become fully trained baristas? And what are some reasonable goals? To find out, I speak to Enrique Flores, Head Barista & AST at the Spanish roastery and barista training provider Supracafé, as well as some of the company’s customers. 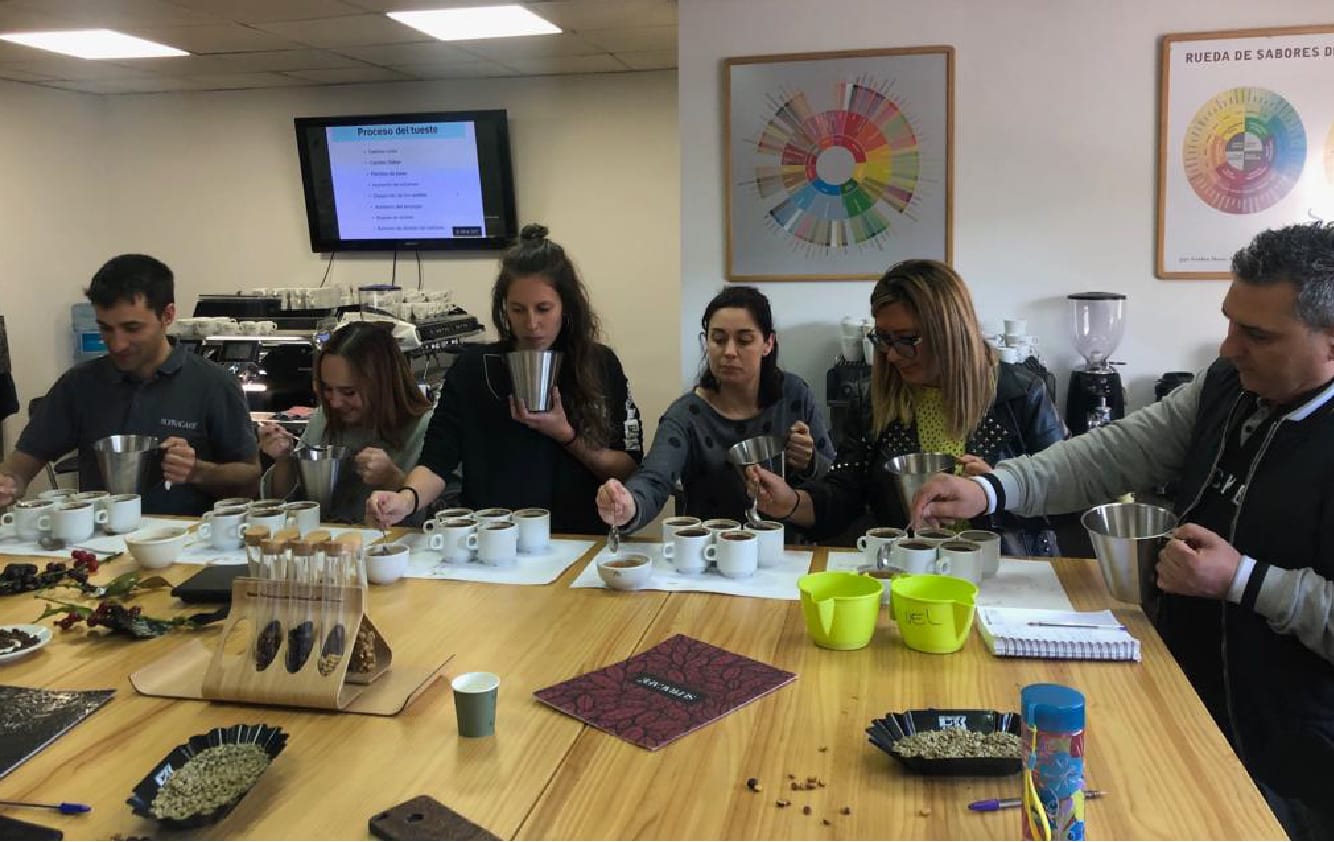 You might think that the first step is to teach your staff members how to pull an espresso, but don’t get ahead of yourself. Before that, they need to pick up some foundational knowledge.

Within the first week, new baristas should learn about their workplace. This includes the health and safety protocols such as fire exits, emergency contacts, the location of the first aid kit, and how to avoid the potential contamination of milks, decaf coffee, and food.

At the same time, they should begin to understand the shop processes. This isn’t just about who is on the till and who is bussing tables. Knowing where and how everything is stored, who to tell if you’re running out of products, and your cleaning and hygiene policies are a few examples. You may find it useful to have all of this information in a staff handbook.

Your barista should also learn about your menu and how to describe it to a customer, including potential allergy warnings, and what to do if there is a complaint. And then there are the small details, like if members of the public can use the bathroom, if you give the WiFi code out to customers, and whether you put ice in free tap water. 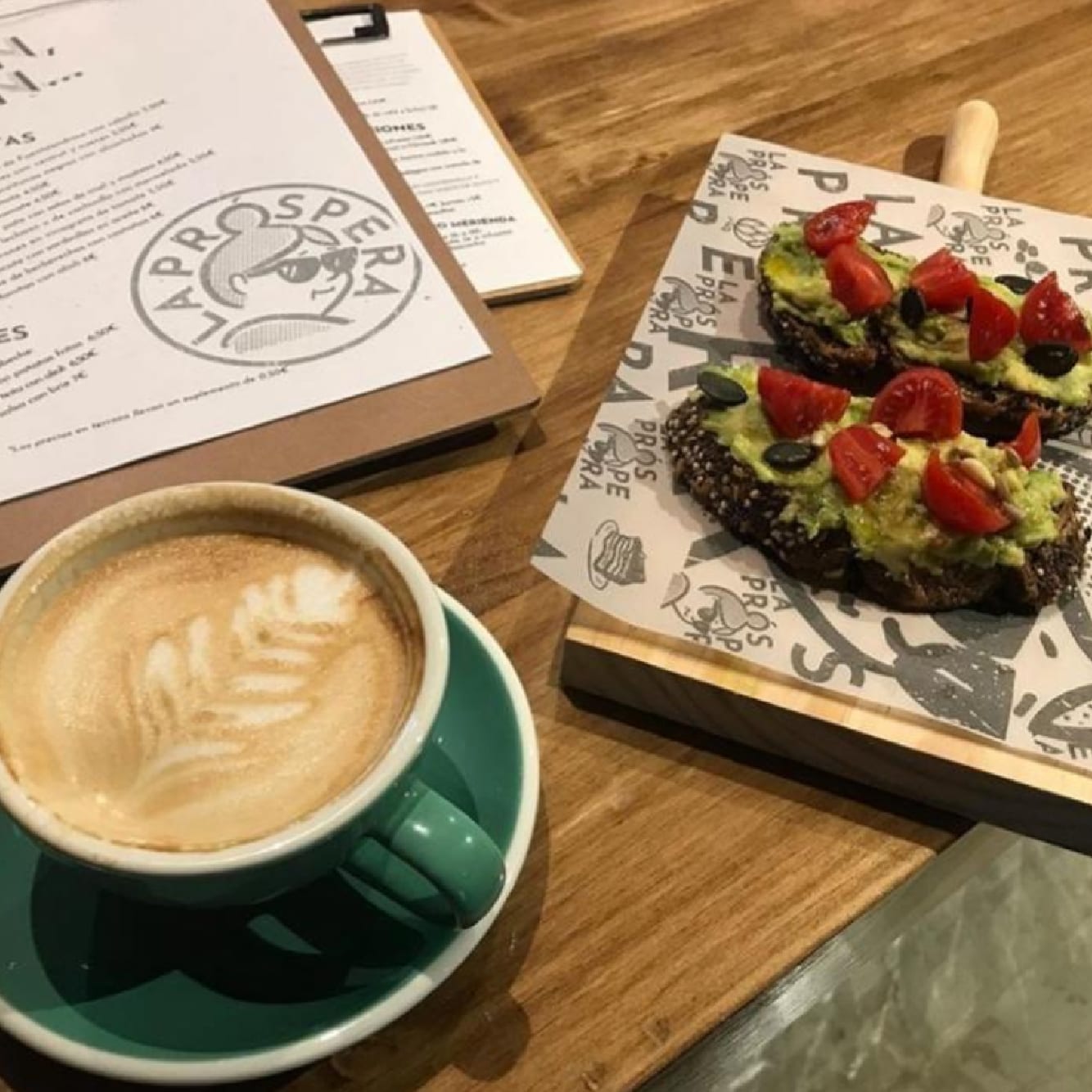 It’s also a good idea to start teaching new baristas about coffee theory from day one. This will form the basis of their coffee training and could include brewing methods, roast levels, coffee history, species and varieties, processing methods, and more.

Enrique tells me that they offer Foundation-Level SCA courses for new baristas. “To someone who is starting, we ask them to pass two modules as a minimum. Introduction to Coffee [is] where we speak about the theory part, the differences between the species and varieties, and we include a basic coffee cupping session,” he says.

This can be done in a minimum of eight hours, so it could be part of the first week of training. However, this will depend on your priorities and staff plan. For example, you might start your barista off with a trial week or decide to spend that first week focused on learning protocols, table service, and so on.

Whatever you do, expect to put in time monitoring and supporting them in their first shifts. Kiko Fernandez, Head Barista & Store Manager at Monkee Coffee in Madrid, tells me that new baristas in his café usually spend their first week working with a more experienced team member. 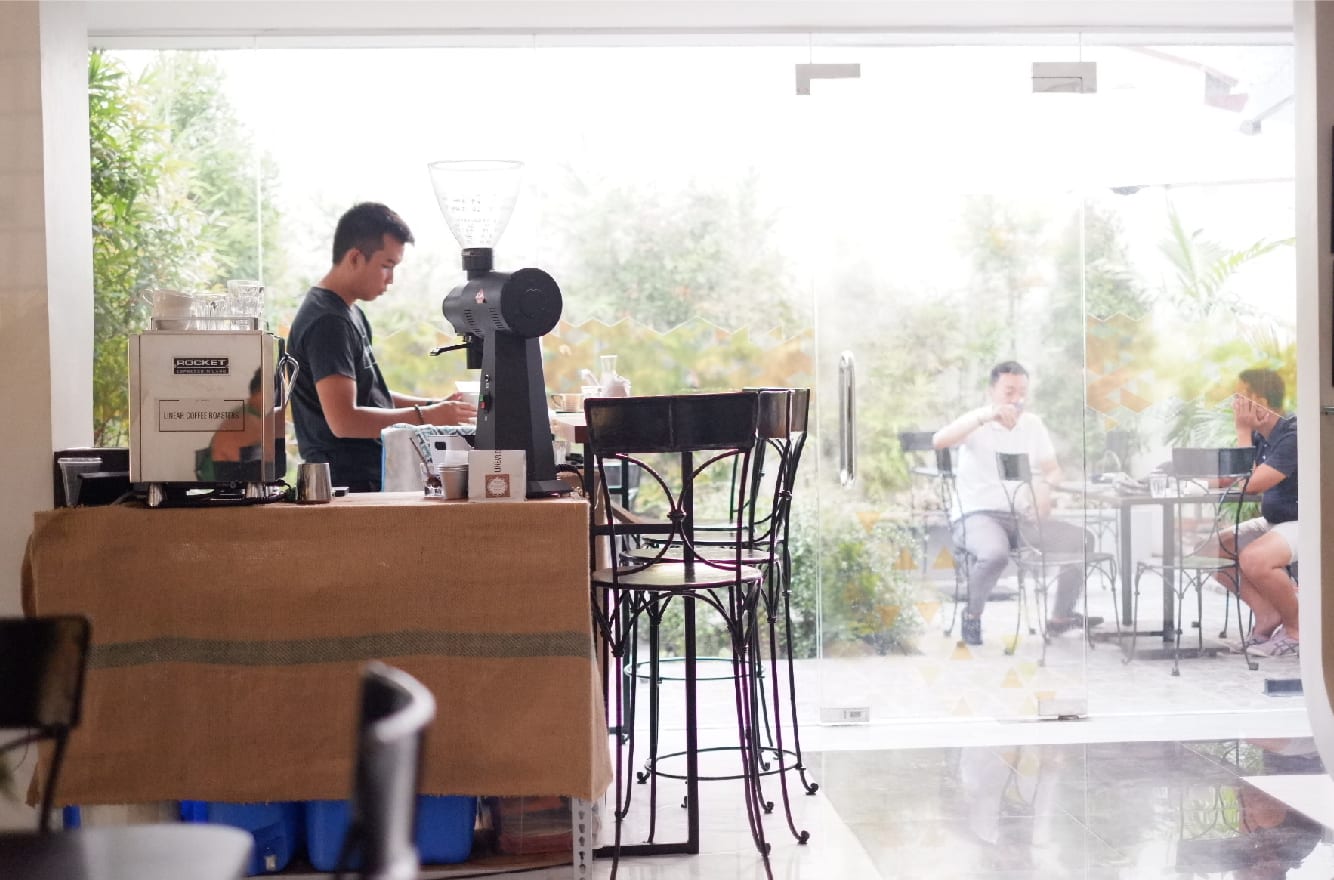 A barista at work behind the bar. Credit: Neil Soque

Your new baristas need to gain experience, especially behind the bar. Enrique tells me that you should focus on their ability to change the settings on the grinder, steam milk, control temperatures, and recognise when an espresso is properly extracted. A novice barista should “minimally, clearly understand the basic flavours of espresso,” he says.

This is a good time to make sure that your new staff members are cementing the knowledge they’ve already learned. Enrique adds that they should also be learning how to develop recipes and building a strong knowledge of milk steaming and latte art. 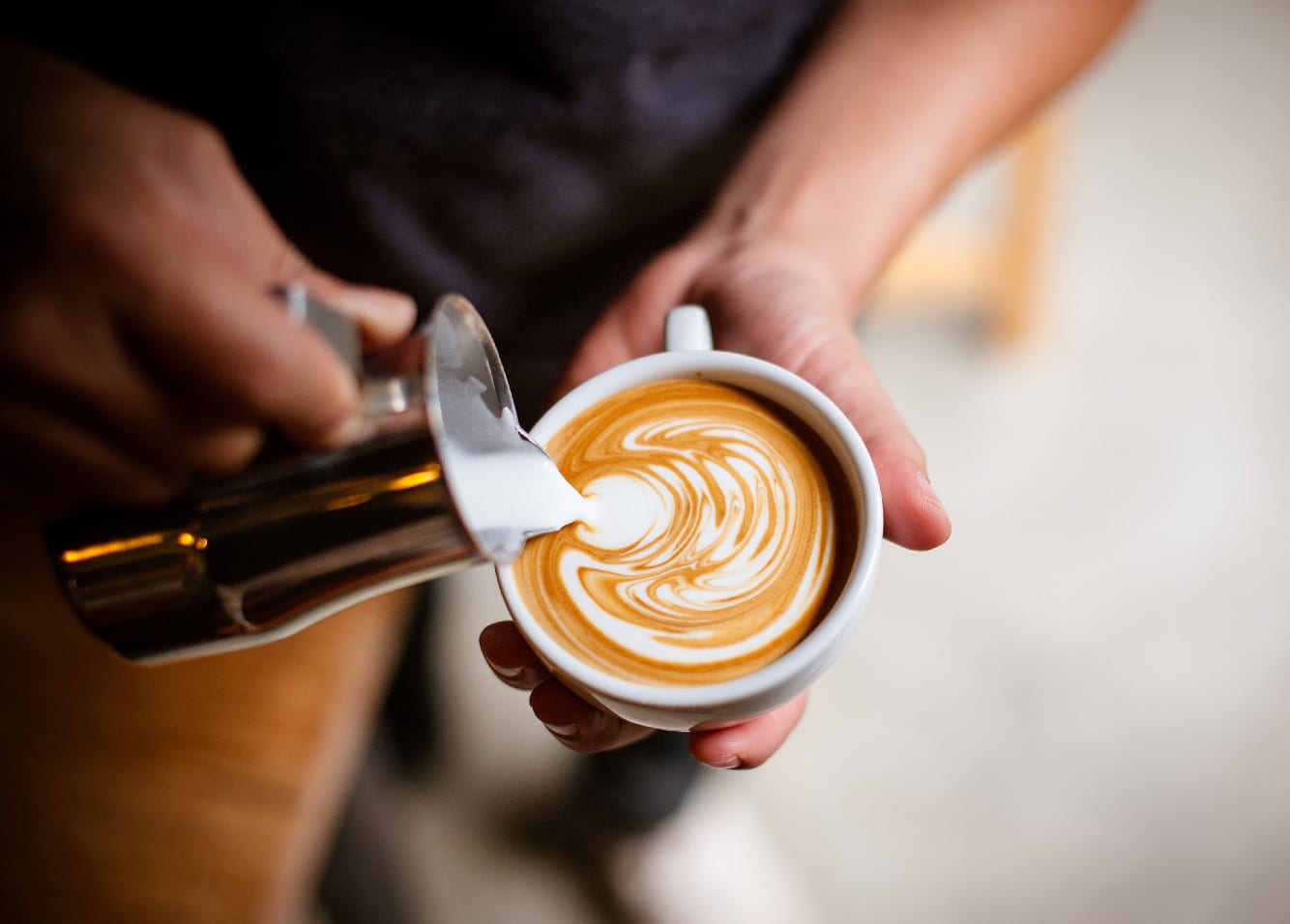 Don’t overlook the importance of non-technical skills, either, such as customer service. Kiko tells me, “What we mainly look for is that they can communicate well with the customer, understand what the customer wants, and create interest in why we offer certain coffees.”

Be prepared to continue giving your staff support. “When they are already working shifts, we can say that they are an ‘apprentice’ barista during the first three months,” Kiko says. During this stage, team members in his coffee shop continue to be mentored by the more experienced baristas

Nor should you rely just on mentorship. You should also be investing in your baristas in the form of continued training. “In order to assimilate everything, you need to establish a very good foundation, and that can only be done through training,” Kiko tells me. 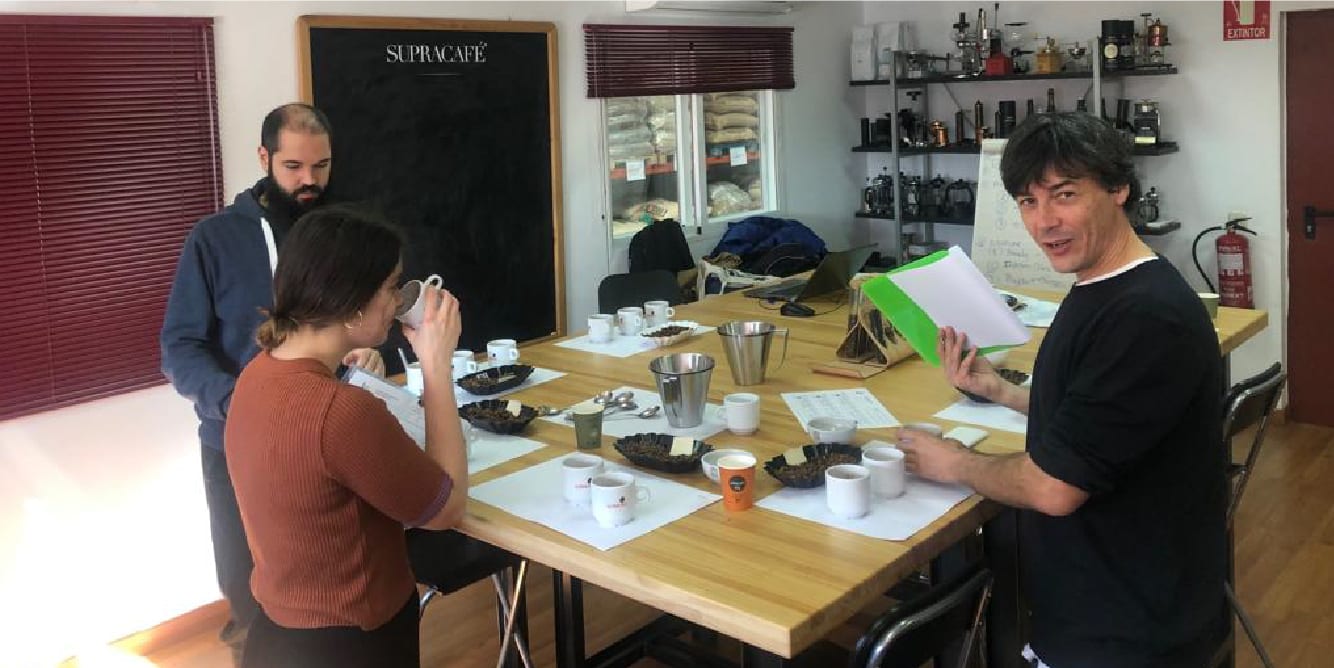 After three months, you would expect baristas to be able to serve high-quality espresso-based beverages to satisfied customers. Kiko tells me that he now considers them to be “junior baristas”, capable of controlling extraction, adjusting the grinder, cleaning, steaming milk correctly, and preparing beverages in a consistent and clean fashion.

However, they will still need to refine their skills, and you should expect them to occasionally make mistakes.

Miguel Gonzalez is the owner of Coffyright, a Madrid-based coffee shop that uses Supracafé’s training services. He tells me that he doesn’t leave his baristas unsupervised during a shift until they’ve had a year of training. It’s only then, he says, that baristas can really say that they are “competent”.

Enrique agrees, saying that baristas should train for at least a year to reach a specialised level. However, he points out that the timeframe can vary depending on the coffee shop. Baristas in specialty coffee shops, he tells me, can progress faster because there is a bigger focus on quality. 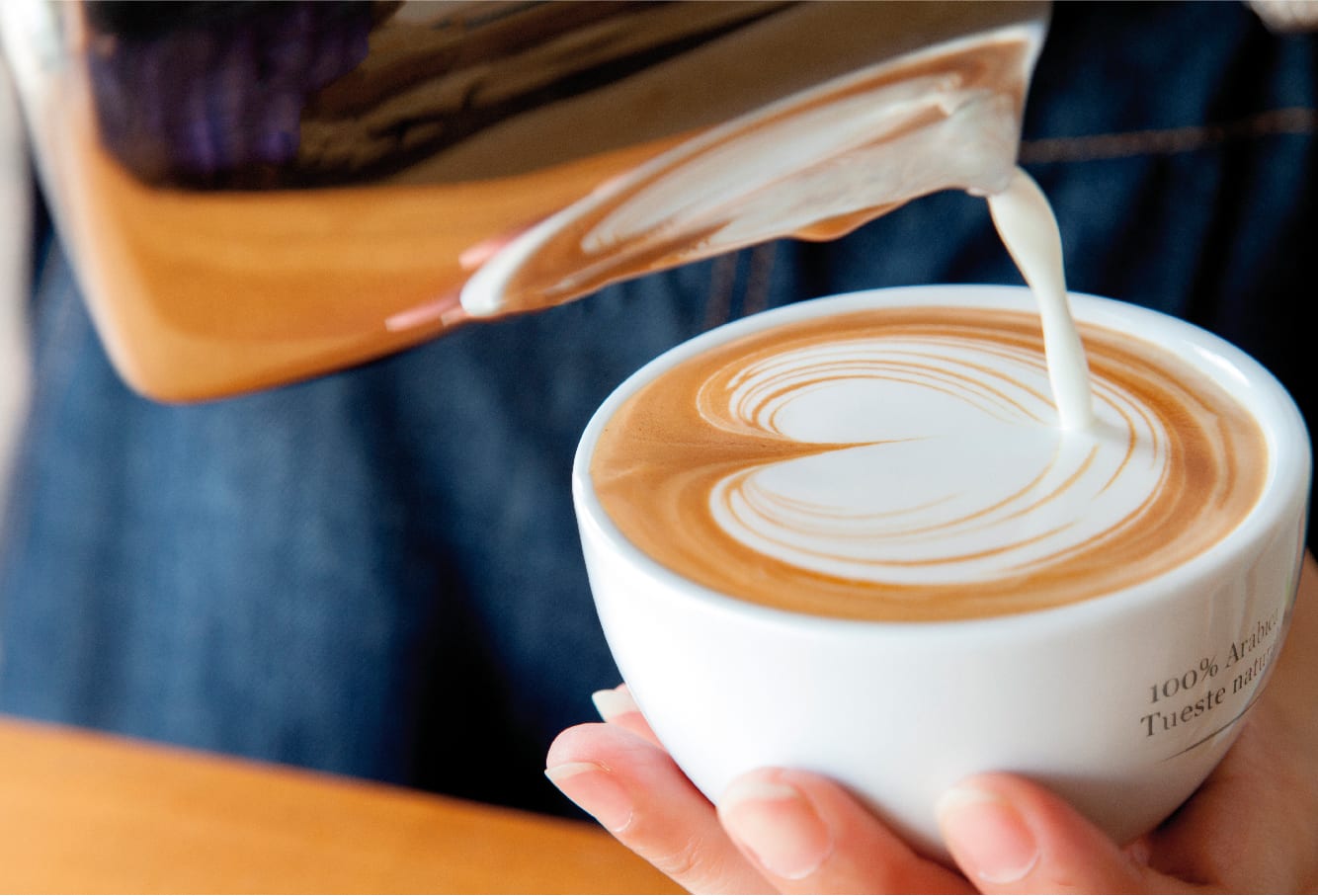 By now, your baristas should be fully proficient and able to work independently. Enrique tells me that they can be expected to have not just strong coffee knowledge and technical abilities, but also good customer service skills. They should be able to serve a wide range of customers, from newcomers to regulars, and be able to talk knowledgeably and passionately about specialty coffee.

Kiko says that they should also be familiar with operations such as managing stock and interacting with suppliers. “It’s about having a much more global vision of the work of the coffee shop.”

He adds, “The junior barista performs the tasks that have been given, and the senior barista begins to define tasks.”

Yet this doesn’t mean that staff shouldn’t continue to receive training or to refine their existing skills. Even when his baristas have completed their first year of training, Miguel still pays attention to who is more experienced. “The one working the coffee machine,” he says, “will always be the one who has a lot of experience… the veteran.”

This may be a good time for more specialised training. Enrique says that when training baristas of this level, “we work with refractometers to measure TDS and we demand theoretical knowledge.”

Modules on roasting and cupping can also be helpful since they give baristas a more rounded understanding of a coffee’s qualities. Enrique suggests that baristas “do tests, together with the roast master, of different roasts and see how far they can take the profiles in the espresso machine.”

Depending on the barista and your vision for your company, you could also send them for management or food safety training. 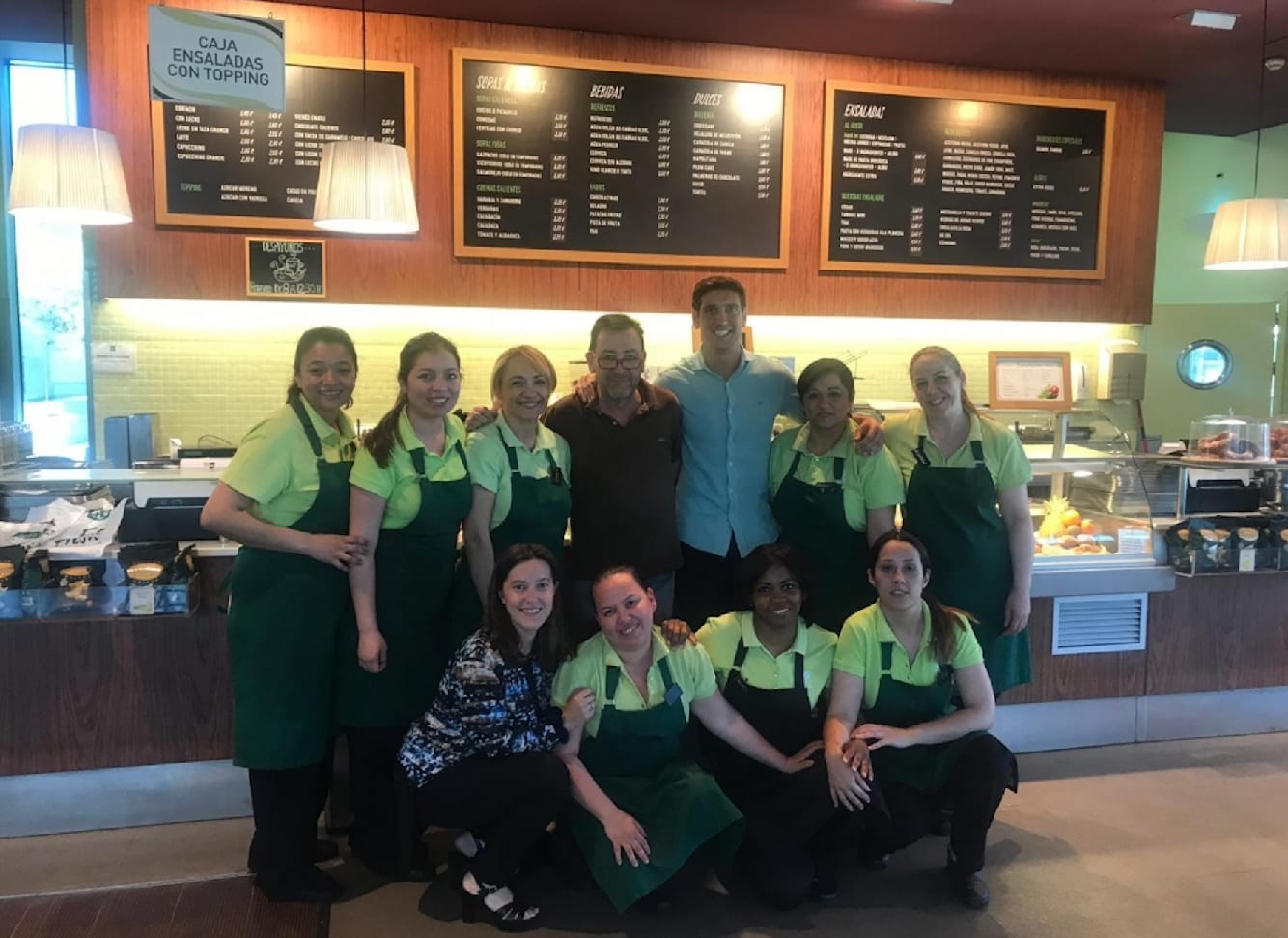 Enrique with the team at Pastelería Mallorca. Credit: Supracafé

Every Barista Is Different

So, generally speaking, a barista starts to gain competency after three months but is not fully proficient until after at least a year. However, this is not a hard-and-fast rule. You should expect your baristas to learn at slightly different rates.

“The interest and desire to learn, that’s key when it comes to seeing how long it will take,” stresses Enrique.

Carlota Velasco agrees. She is the owner of La Próspera, a Madrid-based bar and coffee shop in Madrid that has also used Supracafé to train their baristas. She tells me, “If you don’t like what you’re doing, then all the coffees are going to be the same to you.”

Make sure you understand your baristas’ motivations and know how to keep them interested in their work. It will have a direct financial impact on you, as it affects how quickly they learn, their productivity levels, and the atmosphere they create in the coffee shop. 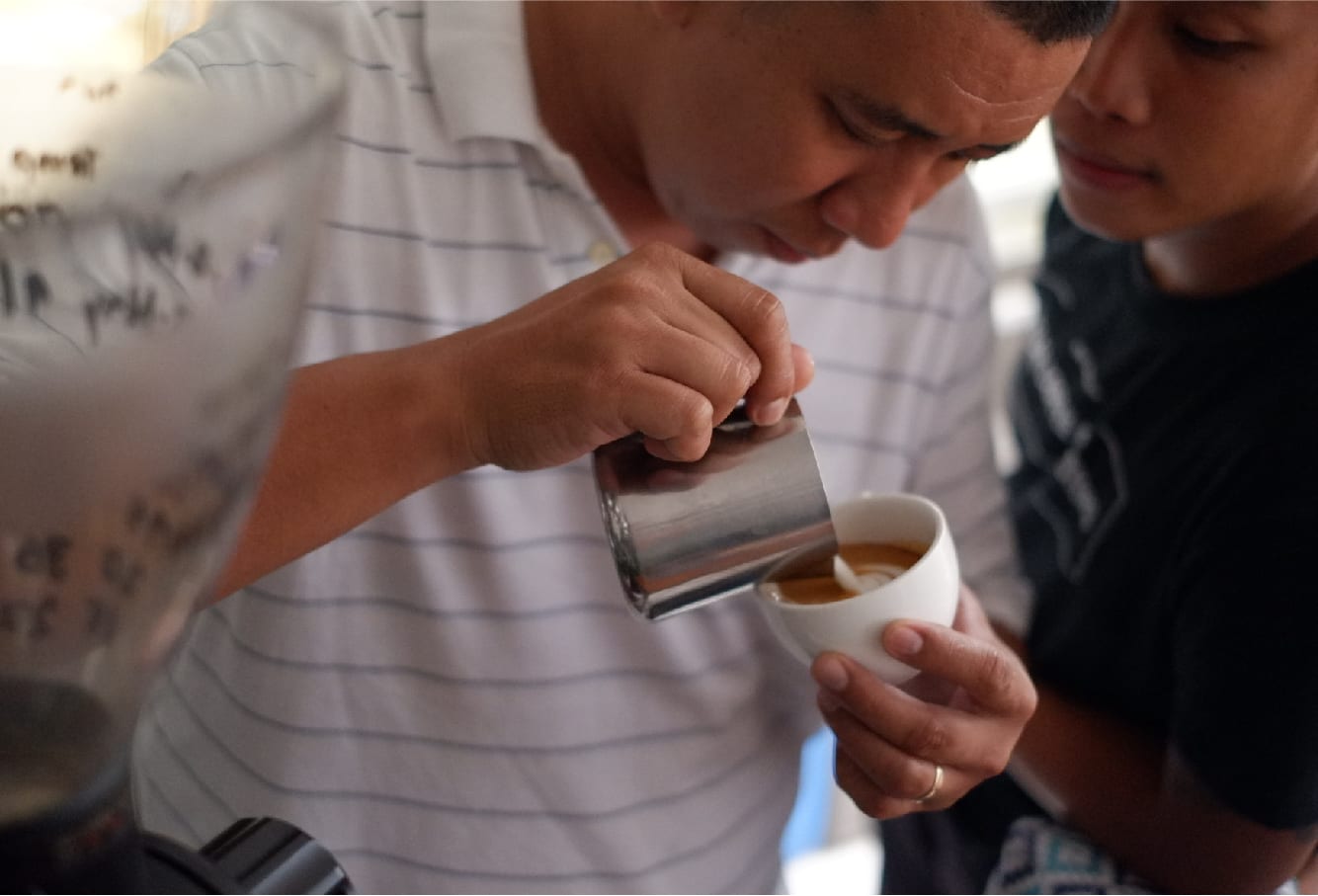 A barista shows a coworker how to pour latte art. Credit: Neil Soque

Training a new barista is not a quick task. It takes investment, in the form of time, mentorship, and a well-designed training programme. Yet it is worth the effort: your baristas are the ones making coffee, keeping your customers happy, and ensuring sure that everything in your shop runs well. Skilled and knowledgeable baristas will nearly always result in better productivity, reduced costs, and higher profits.

Enjoyed this? Read How to Keep Your Best Baristas From Quitting

Please note: This article has been sponsored by Supracafé.