A recent frost in Brazil’s coffee-producing regions had the coffee industry in hot debate at this year’s World Producers Forum and elsewhere. At first impression, it sounds like a disaster. Aren’t frost-damaged crops a bad thing? But some say that it will raise the C price and help farmers.

With all the financial terminology being thrown around, it can be confusing to understand what effect frost might have on coffee prices. Read on to find out more about what frost in Brazil’s coffee plantations really means. 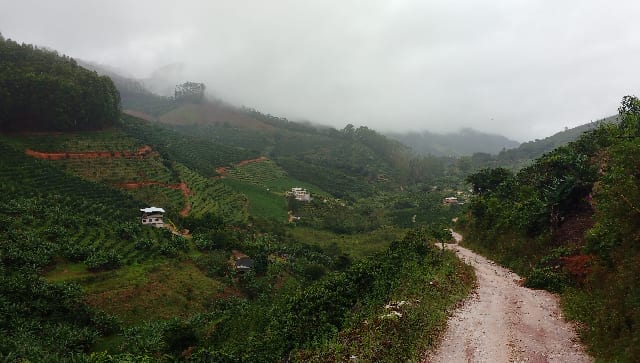 Morning at a farm in the Mountains of Espirito Santo, Brazil. Credit: Ivan Laranjeira Petrich

When we discuss coffee prices, we’re usually referring to the C price. This is the current value of a three-month futures contract. It’s a promise and right to purchase coffee at the soonest expiration date that can be acquired through the Intercontinental Exchange in New York, where much of the global Arabica coffee supply is traded.

The amount of coffee being offered by producers (supply), stocks in warehouses (inventory), and the amount consumers want (demand) are considered the fundamentals that determine the price of coffee at any moment in time.

But futures trading activity (financial speculation) also has a big effect on the C price. This is the buying and selling of hypothetical coffee at some point in the future. It takes into account not just current supply and demand but an expectation of what supply and demand will be at the future date.

You may also like What’s a Fair Price For Coffee? Interpreting Transparency Data 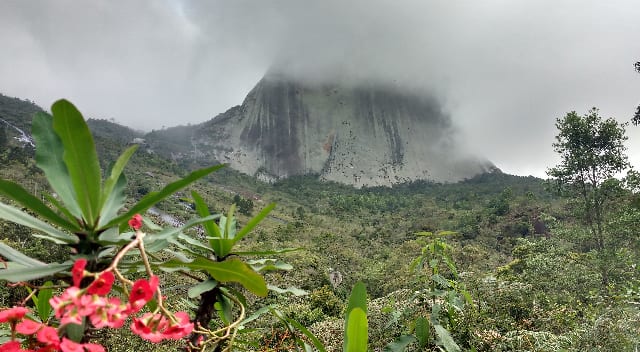 A view from a farm in the Mountains of Espirito Santo, Brazil. Credit: Ivan Laranjeira Petrich

Why Might The Brazilian Frost Affect The C Price?

Frost damages coffee trees and can affect their future ability to produce coffee. In the past, frosts in Brazil have caused extreme price spikes due to the resulting deficit of physical coffee in the market. The current frost scare in Brazil threatens future production (or more precisely traders’ perception and prediction of future production) and so has a direct impact on the price of coffee today.

For example, if the industry feels there could be less coffee available in the future and assumes that demand will remain at current levels, the price per lb of coffee will increase. In addition, buyers who want coffee in the future but don’t want to pay a higher price might purchase futures contracts to hedge their physical coffee requirement.

In futures contracts, one party agrees to buy coffee at a future date for a price agreed upon today. When the contract expires, the buyer takes physical delivery of the coffee at the pre-agreed price.

It’s also possible that those who require coffee in the future but are afraid the price will rise will purchase physical coffee now and store it until they need it. These are all forms of hedging and are carried out by commercial traders.

Find out more in What Is Coffee Hedging & How Does It Impact Producers? 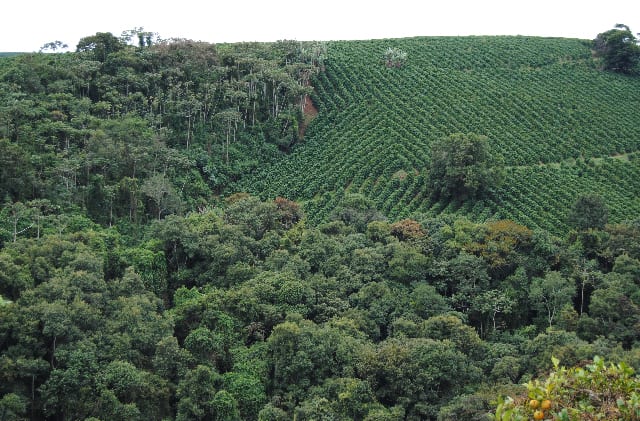 In addition to traders hedging, speculators will also act based on the potential disruption to supply caused by the frost. There are many more speculators participating in futures trading than individuals hedging their physical coffee businesses. Speculators who bet on the price rising and will either purchase futures or physical coffee to sell for a profit in the future.

In these coffee price movements, whenever someone profits, someone else loses. This is because each time someone bets that the price will rise, there must be someone else taking the other side of the trade, wagering that it will decrease. Given that the vast majority of futures activity is carried out by speculators who don’t move physical coffee, there is motivation to manipulate information so that it affects trader sentiment and leads to price movements.

But many speculators don’t have a thorough understanding of coffee production, so may make decisions prematurely or in a way that does not correspond to the way the events reported actually affect market fundamentals. Others trade based purely on technical factors or an algorithm’s interpretation of price movements and others’ trading activity. 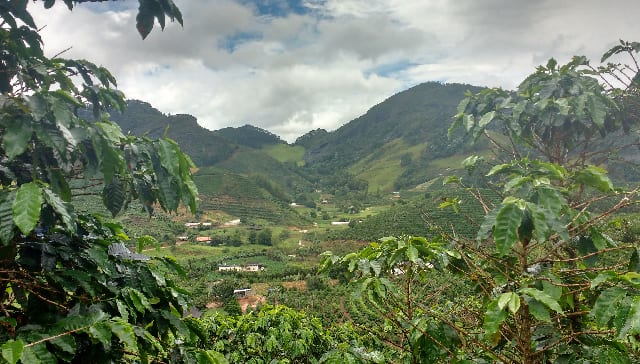 A farm in the Mountains of Espirito Santo, Brazil. Credit: Ivan Laranjeira Petrich

If a speculator can predict how events may impact the price better than others, they are more likely to make a profit. This is linked to the fundamentals of supply (production and inventory) and consumer demand.

But anticipating how other traders might act can also be a profitable strategy. This type of trading could have a much bigger impact on the C price than actual fundamentals, given that trading volume could be 100 times greater than the physical deficit caused by an event such as the frost in Brazil. 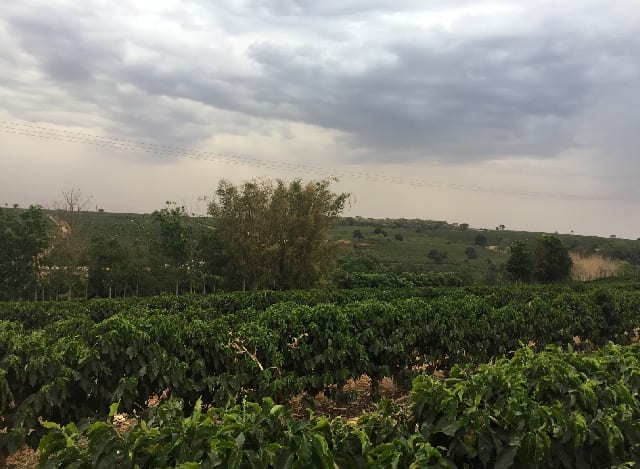 Why Did The C Price Spike So Temporarily?

According to analysts, as soon as the coffee price started to increase, speculators with “long” positions (betting on an increase) saw an opportunity to sell for a profit. Speculators jumped at the chance to sell and, as a result, the price ceased to rise. A long futures position is the promise to purchase and pay in the future, that is, a form of demand. Closing a long position is essentially deleting a unit of demand, which puts downward pressure on prices, despite the upward pressure caused by the threat of decreased production in parts of Brazil.

The price at any given time is a balance of many factors applying upward and downward pressure and affecting trader sentiment, landing at a fleeting equilibrium we call the C price.

The recent frost and its potential impact was a popular topic at this year’s World Producers Forum, which took place in Campinas on July 11 and 12. The sentiment was that damage to next year’s crop is likely, but it’s not clear how much, so the impact on prices is currently minimal. 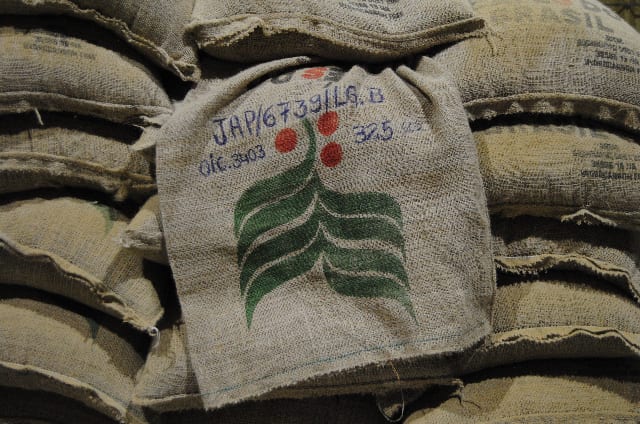 Bags of Brazilian coffee at a warehouse. Credit: Julio Guevara

The threat of reduced future coffee production in Brazil causes upward pressure on the price of futures contracts. This happens because individuals trading futures believe there could be a deficit in the future, which motivates them to purchase now (whether this is physical coffee beans or futures contracts).

When supply decreases and demand remains constant (which is predicted as the result of a frost in Brazil), price adjusts upward. But it’s not as simple as frost meaning prices will go up.

Keep in mind that all available information is already built into the current price, and there are many people who seek and study this information for a living. So keep an eye on the news and the futures prices, but keep in mind the complexity of factors controlling them and the multitude of interests and actors involved before placing any bets or selling (or buying) the farm.

Find this interesting? Check out How Crop Diversification Can Counter Low Coffee Prices

Written by Karl Wienhold of Cedro Alto and Jamie Dorricott.

All views within this opinion piece belong to the guest writer and do not constitute financial advice. Any investments are made at your own risk.