Coffee leaf rust is a potentially devastating fungus that affects coffee crops in all producing regions except Hawaii. Because of its ease of spread, an infection can quickly affect a whole farm. So what should you do if you spot its signature yellow patches or dusty spores on your coffee plants? Read on to find out.

Check out part one: How to Monitor For & Prevent Coffee Leaf Rust 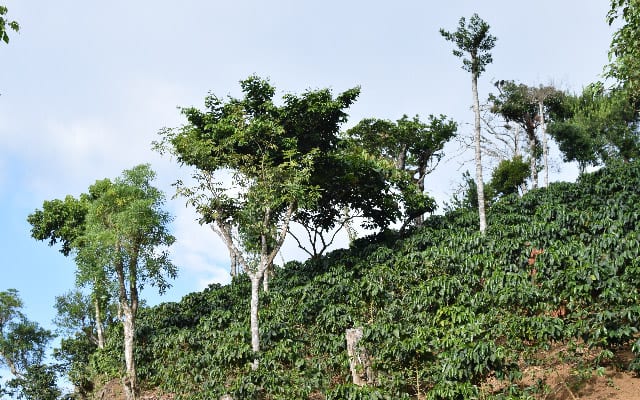 Coffee leaf rust is easily transmitted by wind, rain, and human contact. Tools and equipment can also spread the tiny spores onto new plants. It’s recommended to use preventative methods to tackle the fungus but understandable that even with these techniques you may find yourself with a quickly spreading infection.

But left unmanaged, copper can build up in soil to levels that are toxic for coffee, as well as to other crops and wildlife. For this reason, it’s best to use copper-based fungicides only when infection has grown large enough to justify it. Each producer will need to decide for themselves when to use fungicides. Alvaro Gaitan, the former Head of Plant Pathology at Cenicafé, tells me that many farmers do so when the infection is at about 10% of their crops. 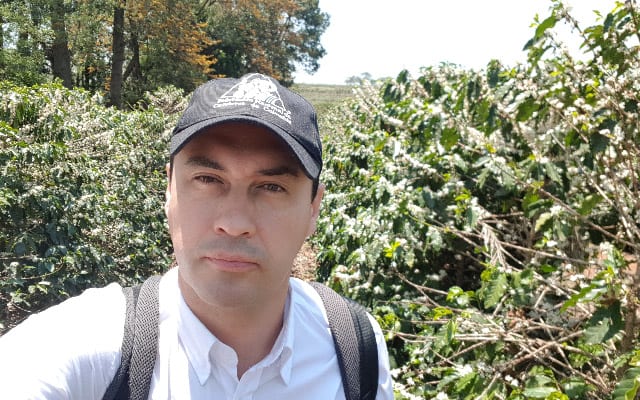 Alvaro says that “many small farmers prefer to wait to see if the disease is affecting the plantation before spending money. However, with rust you have to be preventive (not reactive) and when the farmer realizes the infection is very high, it is often too late and even the best fungicides available will be of no use.”

The cost of fungicides is also a factor in deciding when to treat crops. Alvaro says, ““[fungicide] costs can vary from US $100 to $400 per hectare per year. It depends on the product you use, the method of application, and the number of times you have to enter to the plot to make the applications. 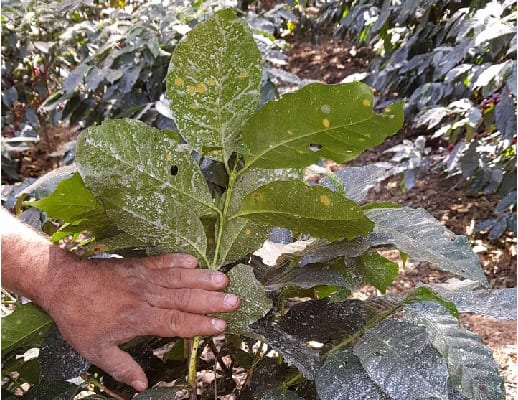 Chris Starry is a fifth-generation coffee producer in Guatemala who co-founded Truth Trading Company. He says, “After we spot some areas with rust, that’s when start paying attention and re-visiting these areas. When they pop out with more rust, that’s when we schedule the spray.

“We target the whole farm because we use a mix of hydrated calcium and copper. It doesn’t work like an antibiotic – it only works on the outside of the leaves. We’re trying to kill the rust by contact [because] coffee leaf rust spreads by contact.”

This mixture of copper sulphate and hydrated calcium is commonly used and you may hear it referred to as Bordeaux mixture or Bordo Mix. Chris tells me that he prefers to treat the whole farm with the spray, rather than focus on infected areas.

“People going into the areas of the farm with leaf rust [to spray] can bring leaf rust with them to other parts of the farm that don’t have rust. By spraying the whole place, it doesn’t matter that they carried it,” he says. 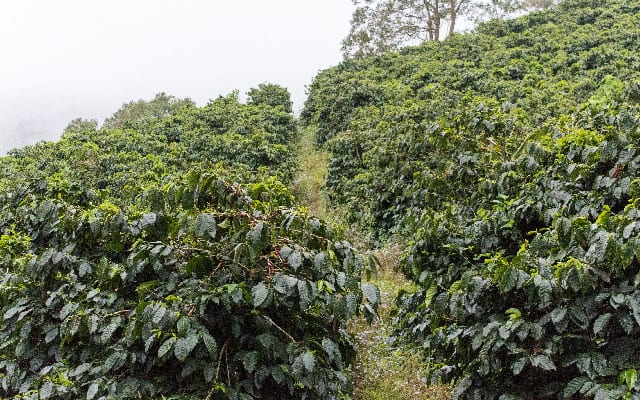 Healthy coffee trees at a farm in Honduras.

Producers have their own threshold of when to use systemic fungicides but Alvaro tells me that most choose to use them when infection spreads to levels of 10 to 20%. He says, “The ones effective against coffee rust are the triazoles and, more recently, the strobilurins.”

Alvaro also tells me that although these fungicides are not organic, they don’t affect the coffee’s profile. So what are the downsides? For one, they have historically been expensive, although they are now more cost effective. But the main disadvantage of using chemical compounds is that their build-up in water and soil damages associated ecosystems.

Treating coffee leaf rust with systemic fungicides is a big question for producers. Should they apply these effective but non-organic fungicides to save the yield for the upcoming harvest? Or is it more important to protect the local wildlife and maintain organic certification? With each outbreak, producers need to consider the different factors specific to their circumstances. 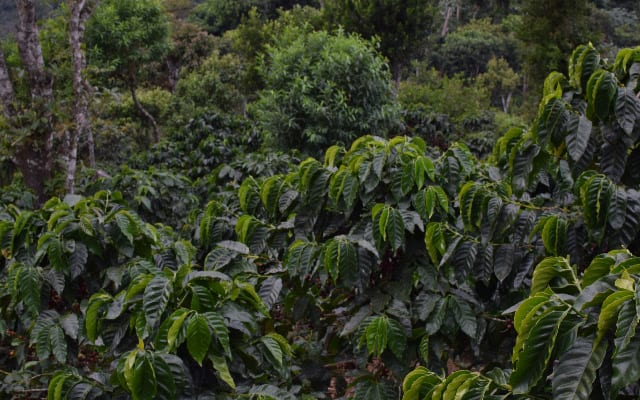 Coffee leaf rust spreads so successfully because in many coffee-growing regions it is free from natural enemies. The transportation of coffee from Africa to Latin America took it away from its predators and competitors, allowing the fungus to thrive. Alvaro tells me about using a fungus that naturally keeps coffee leaf rust in check, but highlights how it isn’t a very effective method of treatment for commercial use.

Leaves are essential to photosynthesis, which provides energy to produce coffee cherries. So although the coffee leaf rust can be stopped by the other fungus, the yield is already reduced or devastated. 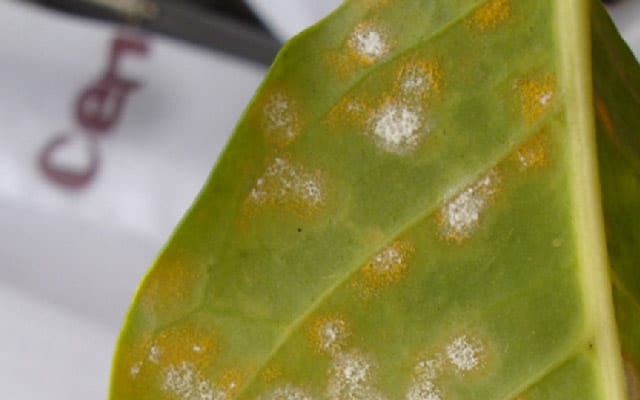 There have been attempts to create organic treatments and fungicides without much success. Alvaro says, “We have tested many different molecules and organic products that work as fungicides or as resistance inducers, but so far none has been good enough to be recommended to a farmer under real field conditions. Here is where scientific testing of potential fungicides is important, to reduce the risk of large losses by a farmer.

“People have been trying resistance inducers, which can be natural products or organisms that switch on the defense in the plant before the rust arrives. But they work for a very short period of time and then more spraying is necessary, which makes it really expensive,” he says. 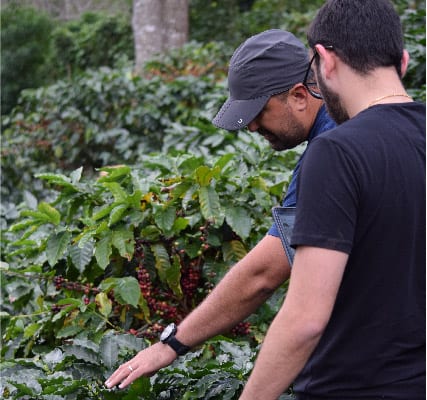 Treating an outbreak of coffee leaf rust is a balance of many variables. Before you reach for a fungicide, you must consider how it will affect the local ecosystem, your budget, and any impact on organic certification.

The complicated balance of these factors is a reminder that prevention and control of spread are the best ways to handle coffee leaf rust. Consider how you can implement preventative methods such as planned pathways, record keeping, and resistant varieties on your own farm.

Found this useful? You may also like A Guide to Common Coffee Pests & Diseases

Please note: Before implementing the advice in this article, we advise also consulting with a local technical expert, since differences in climate, soil type, varieties, processing methods, and more can affect the best practices for production and processing