How The Malaysian State of Sarawak Is Rethinking Liberica Coffee

Home to dense rainforests, orangutans, and delicious laksa soup, the Malaysian state of Sarawak is in the north-west of Borneo. This lush, tropical region also has a unique traditional coffee culture that makes use of locally grown Liberica beans.

Liberica has long been dismissed in favour of Arabica and Robusta, but now the specialty scene in the Sarawak city of Kuching is rethinking the area’s traditional crop.

Read on to learn more about the history of Sarawak Liberica and how the contemporary coffee scene is changing perspectives. 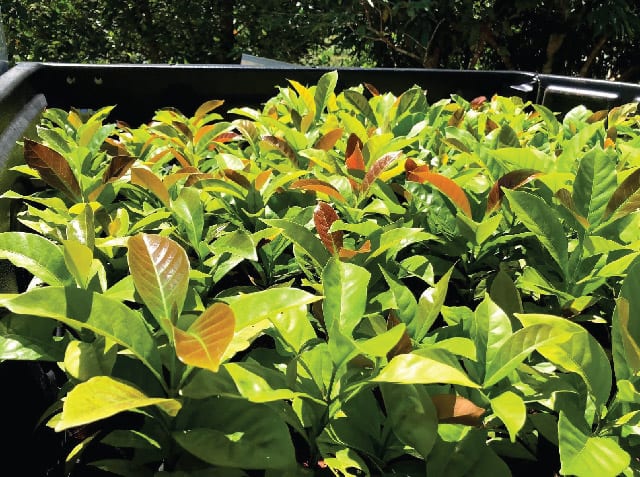 A Brief History of Sarawak Coffee

Borneo is the third-largest island in the world, and it’s divided between Malaysia, Indonesia, and Brunei. Situation on the north-west coast of Borneo, the Malaysian state of Sarawak has a population of around 2.6 million people.

From 1841 to 1941, Sarawak was governed independently by three generations of an English family, the Brookes. It was recognised as a British Protectorate in 1888.

The second Rajah, Charles Brooke, encouraged agricultural development and established experimental farms around Surawak’s biggest city, Kuching. In 1866, he established a coffee and tea estate in an area called Matang.

Historical records tell us that an initial crop of Arabica at the Matang Coffee Estate yielded no cherries, so a second species was introduced. The Liberica planted here in the 1870s was more productive. Being a hardier plant than Arabica, it adapted better to the climate and terroir of Sarawak. It became known locally as kopi dayak and was the first cash crop to be taken up by the Iban, the local indigenous community.

You may also like Introducing Liberica, a Lesser-Known Coffee Species 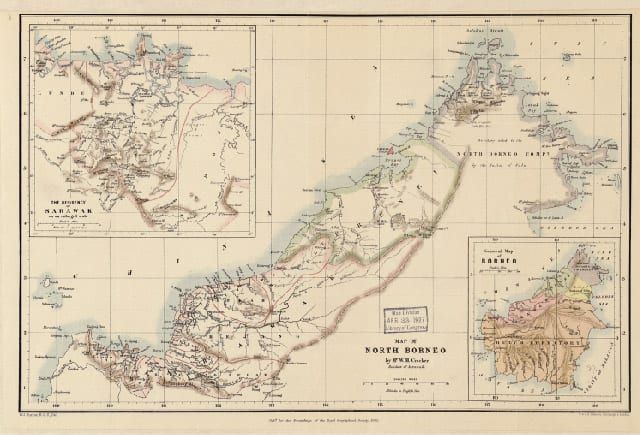 Charles Brooke’s correspondence is documented in the Brooke Trust digital archives. His letters to George Henry Kendrick Thwaites, an English botanist, reveal that coffee seeds were delivered to Sarawak from the Royal Botanical Gardens in British Ceylon (now Sri Lanka). Contemporary reports in the Sarawak Gazette reveal that around 290 piculs (equivalent to approximately 17.5 tons) of coffee was harvested and exported in a year when the coffee estate was at the height of its productivity.

Later correspondence and documents contained in the archives reveal the coffee estate’s mismanagement. Production declined and Brooke deemed the endeavour a failure. Pepper and rubber crops took precedence over coffee in Sarawak. But private landowners have continued to grow Liberica ever since, although most of it is used for private consumption. 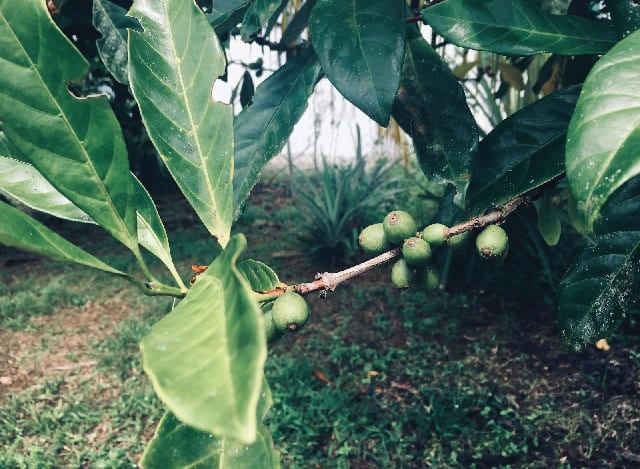 A Tradition of Coffee Houses

With the coffee-producing region of Indonesia in its backyard, there has been little reason for Sarawak to pursue coffee farming on a large scale. But as in the rest of Malaysia, coffee houses are an important part of local culture here.

Kopitiam (literally translated as coffee shop) are as common as pubs in England and dim sum teahouses in Hong Kong. They serve food alongside bold, dark-roasted coffee made from a blend of Robusta and Liberica. Coffee here is served with condensed milk and sugar. In some of the more traditional eateries, it’s roasted with margarine and sugar to balance the perceived bitterness. 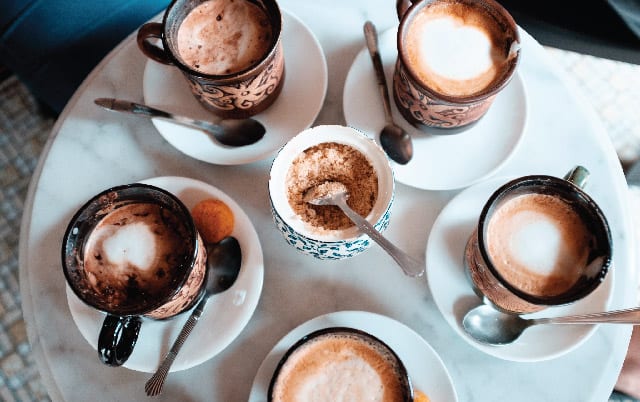 Coffee served with condensed milk and sugar inside a kopitiam. Credit: Jee Foong

I spoke to Dr Kenny Lee, one of the managing directors of Earthlings Coffee Workshop, a specialty coffee shop and training centre in Kuching. He tells me that Liberica has “a bad rap”.

Liberica is a much more robust plant than Arabica, producing much bigger cherries and maturing more quickly. But for consumers, the real difference is in profile. Liberica is bold and has a distinctive aroma that can be described as smoky. It has historically been dismissed in favour of Arabica and Robusta. 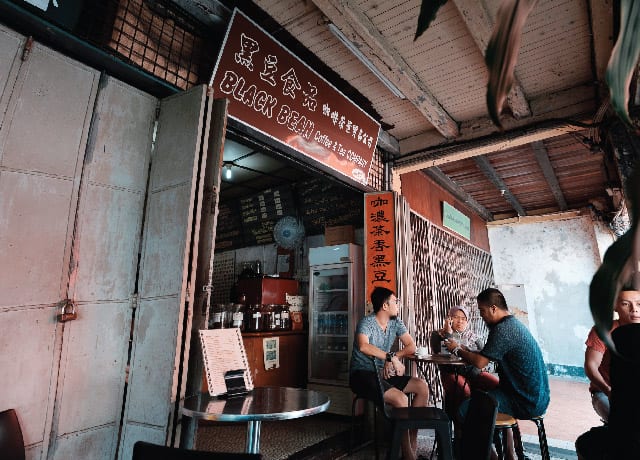 However, there are increasing efforts to change public perception. While kopitiams continue to serve Sarawak Liberica in the traditional way, Kuching’s specialty shops also have the species on offer. Kenny tells me that Earthlings Coffee Workshop both serves locally grown coffee and holds public cuppings to allow customers to learn more about Liberica.

Some producers and roasters here are choosing processing and roasting techniques to highlight Liberica’s natural sweetness. The resulting flavour is similar to palm sugar, evoking the flavour and aroma of ripened bananas and jackfruit intermixed with herbs and spices like cinnamon.

You may also like Malaysian Coffee Pros Explain The Third Wave 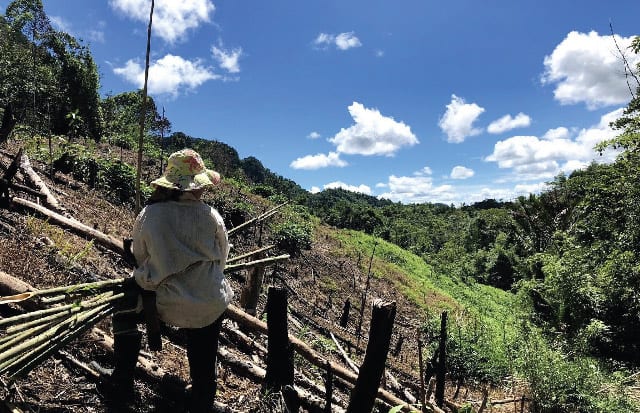 At the 2018 Stuttgart Coffee Summit, Earthlings Coffee Workshop received the Kaldi Award of Green Coffee (cultivation and processing) Special Achievement Award for scientific findings in the field of green coffee, specifically in relation to Liberica cultivated in Sarawak.

In April 2019, the coffee shop hosted the world’s first Liberica roasting competition with the aim of “acting like a pilot study to explore the flavour possibilities of Liberica with different roasting approaches”.

Sarawak’s coffee history came full circle at the event – a representative of the Brooke Trust attended the competition. Earthlings Coffee Workshop says that it hopes “to create a movement to show the flavour potentials of Liberica coffee, and also the potential of Sarawak-grown coffees.”

It’s early days, but Sarawak’s rethinking of Liberica could not only unite the area’s heritage with the growing specialty scene. It could also boost the local economy, and in a context of climate change and threats to wild coffee diversity, choosing a cup of Liberica may be a more sustainable choice.

Enjoyed this? You may also like Understanding The Myth of Heirloom Variety Coffee

Written by Dr. Bertha Chin. With thanks to Raven Kwok and Kenny Lee of Earthlings Coffee Workshop and to Raine Melissa Riman. Feature photo: Liberica coffee seedlings being transported to a farm in Kampung Karu, Padawan that is being prepared for cultivation. Feature photo credit: Bertha Chin.