Bean to Bonbon: The Expansion of Specialty Chocolate

Can bonbons be fine chocolate? Specialty chocolate has grown rapidly in the last decade and commercial manufacturers have jumped on the trend for artisanal quality confection. In order to stand out in an increasingly crowded market, to grow as an industry, and to make use of the amount of premium cacao available, some bean-to-bar chocolate-makers are expanding into new areas – including bonbons.

Read on to learn more about the expansion of specialty chocolate into bonbons and more. 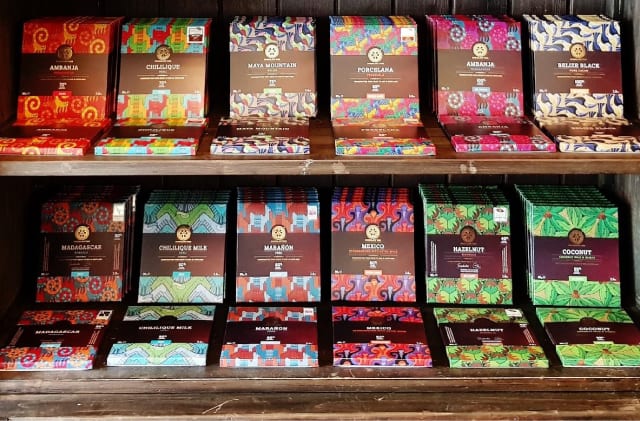 A Brief History of Fine Chocolate

Let’s go back to the early 20th century, when all chocolatiers created chocolate bars from raw cacao beans. Beans were shipped in bulk from far-flung corners of the globe to European chocolate-makers, where they were processed and made into confections. These companies then started to sell their chocolate to smaller companies to be remelted and used in their own confections and pastries.

Companies that made confections using their own chocolate were known as chocolatiers and those that used another company’s chocolate to make confections, confiseurs.

Over time, both types of company became known as chocolatiers. In fact, the French word was used to describe anyone who had pretty much anything to do with chocolate. So when the 21st century brought new pioneers in the chocolate industry – small companies that create their own chocolate from beans – they needed to redefine themselves. The term “bean to bar” was coined.

You may also like Fine & Commercial Chocolate: Do You Know The Difference? 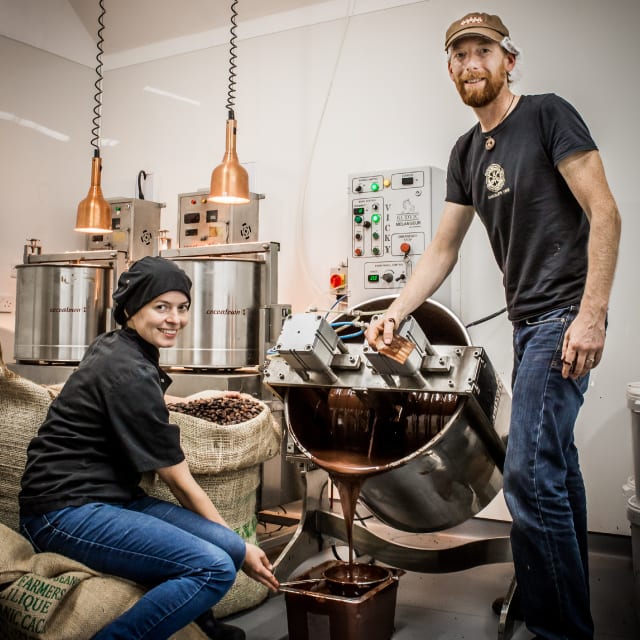 What is Bean to Bar?

In 2011, an explosion of craft chocolate emerged across the northwest of the US. These independent chocolate-makers introduced the term “bean to bar” to describe production processes much different from their commercial counterparts.

Since then, the bean-to-bar movement has expanded worldwide. Bean&Bar is a project that attempts to keep track of the growing band of artisan bean-to-bar chocolate-makers around the world. It reports that there are now 273 companies worldwide, which includes home enthusiasts who have scaled up, as well as “tree to bar” companies that have installed factories at cacao origin.

The commercial giants are following suit by marketing products as artisanal and premium chocolate bars are a growing market. In this context, it’s become difficult to distinguish between the quality craft makers and the big bulk producers. So the true artisans of the chocolate industry are looking for new ways to impress their customers and set themselves apart. Some small-scale chocolate-makers who want to take their work to new creative levels are moving into “bean to bonbon”. 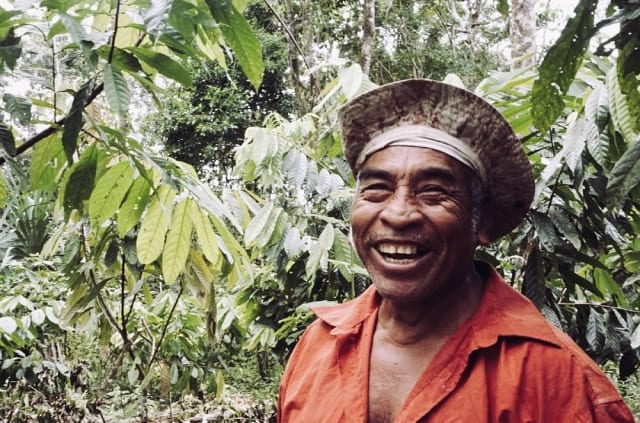 The Market Potential of Bean to Bonbon

At the world’s largest chocolate consumer show, Salon Du Chocolat, innovation wins the day. Held in multiple international cities each year, the event is packed with everything chocolate. One of the biggest attractions at the show is the chocolate sculpture competition, in which contestants work under pressure to wow the crowds with their creations.

Although this is an exceptional event, the message follows through to everyday consumers – while there is a growing understanding of bean-to-bar chocolate, there will always be a strong demand for filled chocolates and more creative work.

Anecdotally, when it comes to bonbons and similar confections, consumers are less concerned about how the chocolate is made or where the cacao comes from, and more focused on design and flavour. But as consumers become more conscious of origin across the board, there’s an opportunity for bean-to-bar chocolate-makers to win more market share by demonstrating talents beyond moulding chocolate into bars. 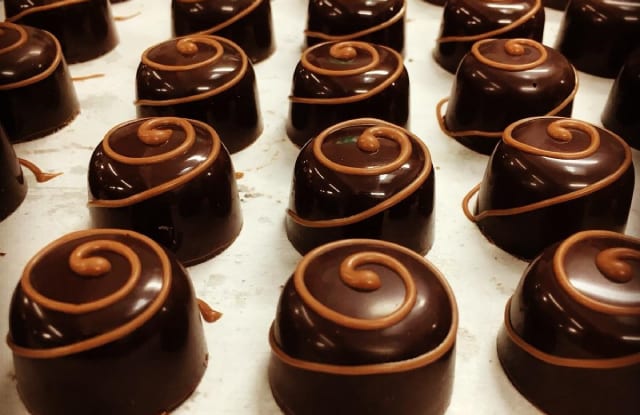 There is undoubtedly a growing demand for fine chocolate. Although it’s hard to quantify because there are no clear standards for cacao, anecdotally, there’s a quickly increasing amount of premium cacao on the market. While this might sound like a good thing, it may be too much for a still-growing industry.

Producers are looking to sell their cacao in tons, but makers are often buying in much smaller quantities. Chocolate production and consumption are growing, but there may not be enough demand for the amount of premium cacao coming onto the market. There are many similarities between the coffee and chocolate industries, but the reality is that people consume much less chocolate than they do coffee. Just consider how many cups of coffee you drink per week versus how many chocolate bars you eat.

For cacao producers hoping to sell by the 12-ton container, it can be frustrating to sell just one or two 60 kg bags to small chocolate-makers. Unless there is an increase in premium cacao purchasing, the specialty chocolate sector is going to fail to meet the expectations of farmers and that high-quality cacao will likely be used to make commodity-grade chocolate. 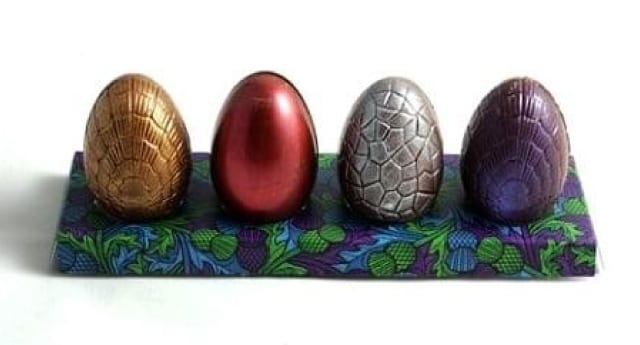 But what does excess cacao have to do with bonbons? Fine flavour, environmental conservation, and transparent trade are key components of the bean-to-bar movement. To truly deliver on the latter two of these aspirations, chocolate-makers need to significantly increase their production. One way they can do this is through diversifying and expanding the products they offer.

For the past two years, my company, Chocolate Tree, has taken a booth at the Chocoa festival in Amsterdam. This event is the biggest in the chocolate industry calendar. Both the bulk industry and specialty sector are represented and it includes forums on a wide range of subjects.

At Chocoa, we were frequently approached by cacao producers that tick all the boxes we look for in suppliers: fine flavour, diverse agroforestry production, and social responsibility. But in order to grow our production to meet the volume expectations of these producers, we needed to diversify our portfolio of products. So as well as bean to bar, we are now bean to bonbon and bean to Easter egg.

Other craft chocolate-makers are producing pastries, gelato, and hot chocolate flakes, among other products. We know that diversity will introduce our chocolate to a wider audience, allow us to better support producers of fine cacao, and encourage the expansion of the industry. 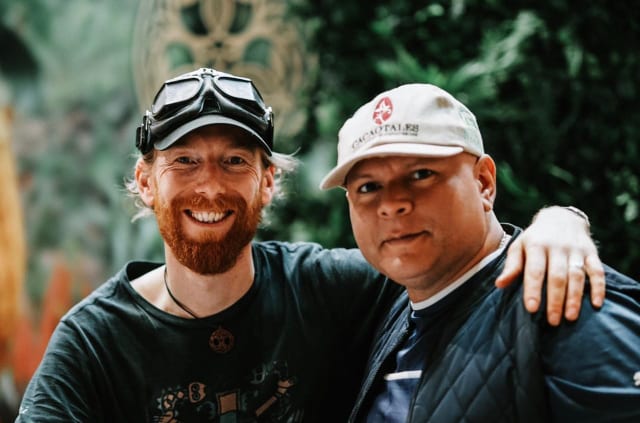 By creating bonbons and expanding their product portfolios to include more than bars, craft chocolate-makers can introduce new customers to bean to bar and expand their market. And when we make and sell more chocolate, we buy more cacao and better support fine cacao producers.

To allow specialty chocolate to grow, we need to appeal to our customers in innovative and creative ways. Bonbons are just the beginning: it’s time to go beyond the bar.

Enjoyed this? You may also like Is Producing Fine Cacao Worth It?