What’s The Difference Between Cacao & Cocoa?

Is it cacao or cocoa? Depending on where you are and what kind of chocolate you buy, you may see one of these words more than the other. But what is the difference?

Take a look at how we ended up with two almost-interchangeable words and what they really mean.

You may also like Dark, Milk, White… & Ruby? The Different Chocolates Explained 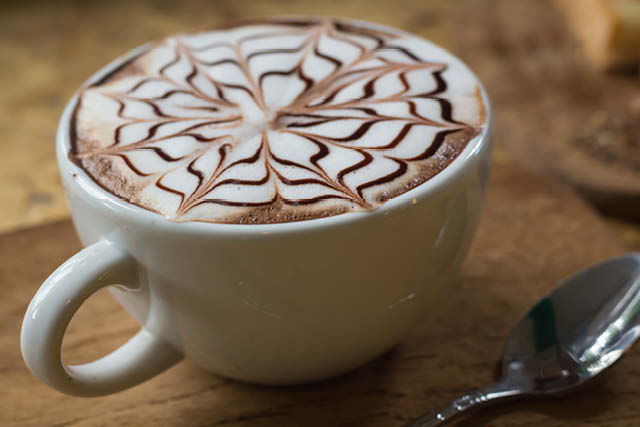 A mug of hot chocolate, also known as cocoa.

A Result of Translation

The word “cacao” is increasingly used in the fine chocolate world. But “cocoa” is the standard English word for the processed parts of the Theobroma cacao plant. It is also used to mean a hot chocolate drink in the UK and some other English-speaking parts of the world.

Confused? Let’s take a look at why we have both words and how they’re used. 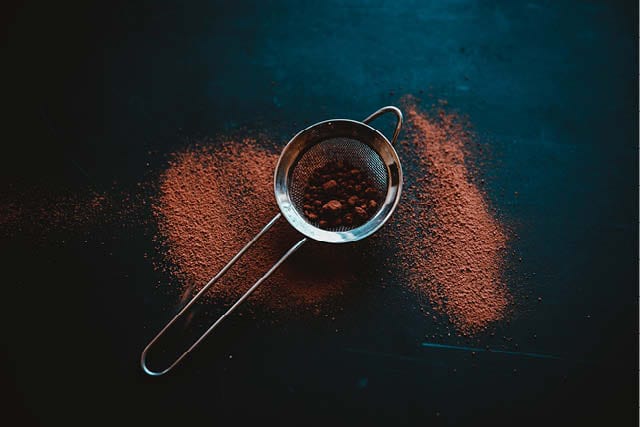 Often, the word “cacao” is explained simply as a loan word from Nahuatl, a group of indigenous languages native to central Mexico and used by the Aztec people. When Spanish colonizers arrived in the mid-16th century, they adapted kakawatl, which refers to the cacao seed, to cacao.

But it appears that the Aztecs borrowed the word from other indigenous languages. There is evidence of a Mayan term for cacao as early as the 4th century AD.

The word “chocolate” has a similar story. It, too, came to English via Spanish colonizers, who adapted an indigenous word, xocoatl. It’s debated whether the word was Nahuatl or Mayan. Chocolatl is reportedly not seen in central Mexican colonial sources, which supports a non-Nahuatl origin for the term. Regardless of its beginnings, this word is thought to refer to a bitter cacao drink.

Learn more in A History of Chocolate Consumption Around The World 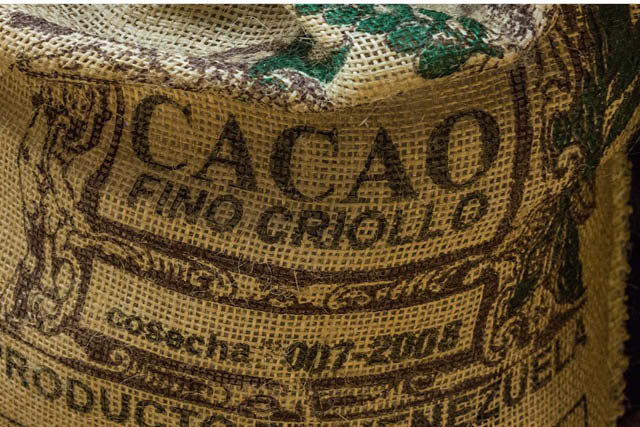 A bag of Venezuelan cacao beans.

Mispronunciation or An Editing Error?

So how did we get from cacao to cocoa?

Sharon Terenzi writes about chocolate at The Chocolate Journalist. She tells me that her understanding is that “the original difference between [the words] cocoa and cacao was simply a linguistic difference. Cacao was the Spanish term, cocoa was the English term. Simple as that. Why? Because English conquistadors couldn’t say the word cacao properly, so they pronounced it as cocoa.”

To complicate things a little more, in this era of colonization, the Spanish and Portuguese christened the palm tree coco, reportedly meaning “grinning or grimacing face”. This is how we ended up with the fruit of the palm tree being known as a coconut.

Legend has it that in 1775, the hugely influential Samuel Johnson’s dictionary confused the entries for “coco” and “cacao” to create “cocoa” and the word was cemented in the English language.

Whether either, or both, of these versions is fully accurate, the English-speaking world adopted cocoa as their word for the product of the cacao tree. 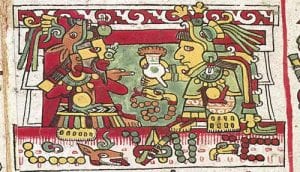 Spencer Hyman, a founder of Cocoa Runners, explains what he understands as the difference between cacao and cocoa. “Generally the definition is… when it [the pod] is still on the tree it’s normally called cacao, and when it comes off the tree it’s only called cocoa.” But he cautions that that is not an official definition.

Others extend that interpretation and use “cacao” for anything before processing and “cocoa” for the processed ingredients.

Megan Giller writes about fine chocolate at Chocolate Noise, and is the author of Bean-to-Bar Chocolate: America’s Craft Chocolate Revolution. She says, “Something happened in translation at some point where we started using the word cocoa for after the product has been processed some amount. I define it as a cacao tree and a cacao plant and cacao beans before they are fermented and dried, and then it switches to cocoa.”

Sharon has different take on the topic. “I have yet to find a professional in the chocolate industry who makes any difference between the two terms. Nobody will tell you ‘Oh no, you are talking about the raw beans, so you should use the word cacao, not cocoa!’ Whether it’s processed or not, you can use the two terms interchangeably.” 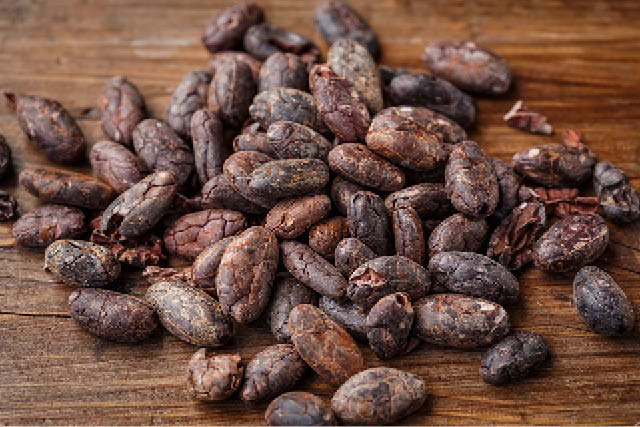 Although we see cacao on chocolate bar labels and ingredient lists in the English-speaking world, these products don’t contain raw beans. It is increasingly common to see chocolate bars and drinks marketed as healthy, natural, or raw using the word “cacao,” despite them being processed.

Megan says, “I think the word cacao is useful to contextualize that you’re talking about something raw or at the farm stage but I think in general it’s completely misused. You would never encounter cacao nibs that are actually raw [for sale in a shop].” 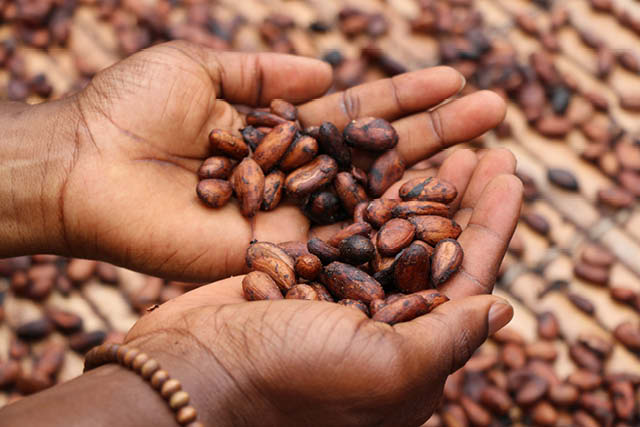 Is Dutch Processing Responsible For The Confusion?

It’s more often known as hot chocolate in North America, but in most of the English-speaking world, cocoa is also the name for a hot, sweet, and milky drink made with cacao powder.

Many manufacturers of cocoa powder traditionally made the ingredient using Dutch processing. This technique alkalizes the cocoa powder. Megan explains the history of it to me.

“When you take chocolate liquor and separate it into chocolate powder and butter, the powder is still bitter and doesn’t mix with water easily. So [in the 19th century] someone invented a way to treat that powder with alkali. It gets darker and less bitter. It also makes it have a more uniform flavor. And it helps it mix better with water.”

This explains why some manufacturers are choosing to distance themselves from the Dutch-processing method – it takes out some of the flavor notes that people celebrate in craft chocolate. 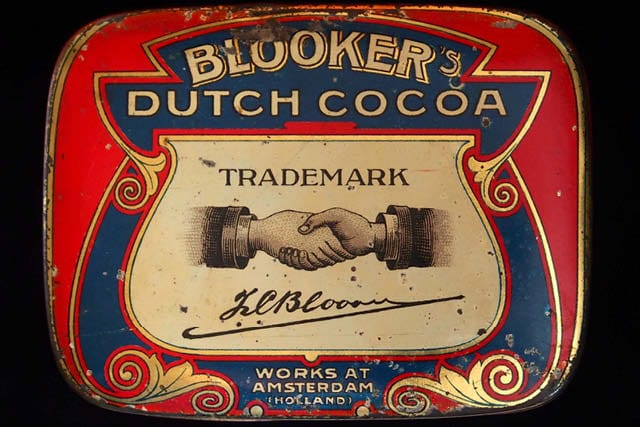 “We started using the word cocoa to mean Dutch-processed cacao,” Megan says. “So now the word cacao is kind of a less familiar word in English, so it is implying that [a product labelled cacao] is different.”

The suggestion here is that powder labelled cacao is significantly better than a Dutch-processed version labelled cocoa in terms of flavor and health. But is that really true? 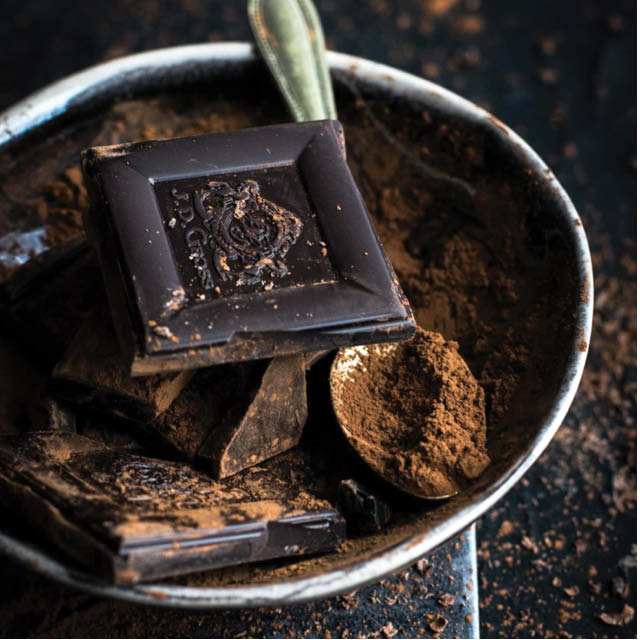 But do these debates extend to the Spanish-speaking world?

Ricardo Trillos is the owner of Cao Chocolates. He tells me that, based on all his travels in Latin America, “cacao” is always used in reference to the tree and the pods, as well as for all products made from the bean. But he also tells me that there are some nuanced differences among Spanish-speaking countries.

He tells me that in Dominican Republic, people make balls out of chocolate liquor mixed with ingredients such as cinnamon and sugar, which they also call cacao. He says that in Mexico the same thing exists, but that there it is called chocolate (this is what is used to make mole, for example).

Sharon says that, in Latin America, “they only use the term cacao, and they consider cocoa to be the English counterpart.” 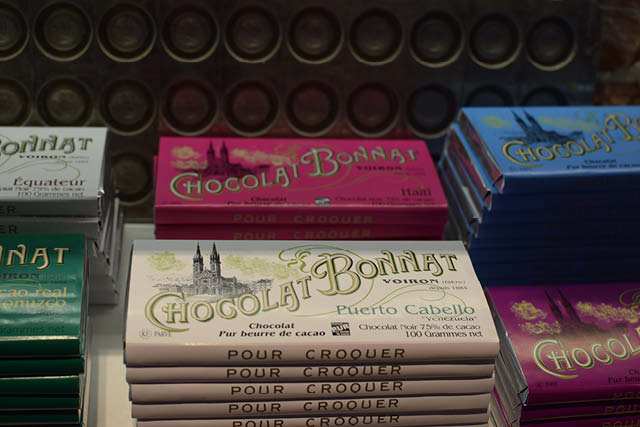 There is no clear answer on the difference between cacao and cocoa. Language changes with time and trends and there are regional differences. Even within the chocolate industry, there are different views on when cacao becomes cocoa, if it ever does.

But Spencer tells me that “when you see cacao on a label it should be a red flag” and that “you should ask what the manufacturer is trying to do.”

So before you commit to just consuming cacao or avoiding cocoa, make sure you take a look at the ingredient list and try to understand how a manufacturer has processed the components.

Enjoyed this? Check out Understanding The Ingredients List on Your Fine Chocolate Bar

What to Consider When Developing a Sourcing Program