The Rise of Specialty Coffee in Tea-Loving Britain

Britain is a diverse cultural tapestry brought together by the love of a good cuppa. But that cup is increasingly likely to contain coffee rather than tea. And many of these coffee drinkers are moving away from instant and towards specialty coffee.

Read on to discover how a nation synonymous with tea is embracing micro lots and single origins. 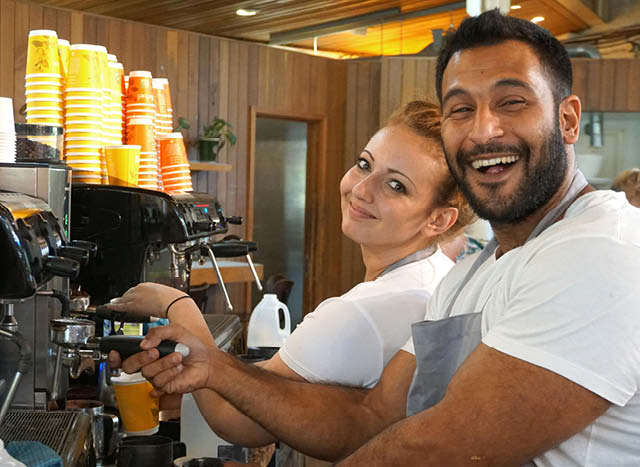 A Longstanding History With Tea & Coffee

Britain may be associated with high tea served in delicate china, but the reality is that the nation has long relationships with both tea and coffee. Both beverages were introduced to Europe through trade between Africa, Asia, and the Middle East.

At the end of the 15th century, Muslim pilgrims introduced coffee to Persia, Turkey, and North Africa. It became a lucrative trade item. From the Middle East, coffee spread to Italy, then to the rest of Europe. Coffee plants were transported by the Dutch to Southeast Asia and to the Americas.

One of the earliest English references to coffee is from Captain John Smith, who wrote that the Turks’ “best drink is coffa of a graine they call coava” in 1603. 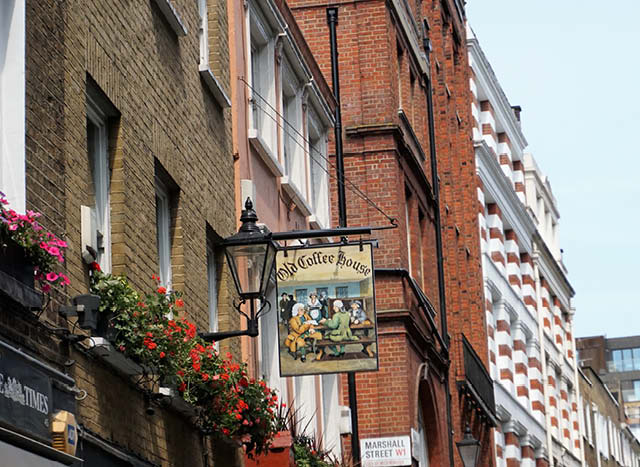 In 1650, a Lebanese Jewish entrepreneur named Jacob opened Britain’s first recorded coffee house. Angel, in Oxford, attracted an eclectic group of people from all levels of society. More coffee houses opened in cities throughout Britain and they became known as places for scholars to meet and debate ideas.

By 1700, there were more than 2,000 coffee houses in London. Their popularity with writers and scholars earned them the nickname “penny universities.” For the one penny cost of a cup of coffee, you could engage in intellectual debate.

You may also like London Coffee Houses: A History of Knowledge, News, & Novelty 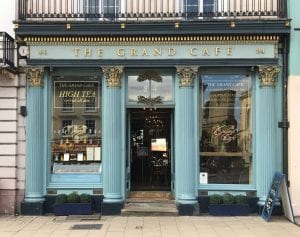 The Triumph of Tea

But by the late 18th century, coffee was losing its foothold. The British East India Company had moved its operations to the Indian subcontinent and Africa. There, it grew vast plantations of tea, which it sent for sale in both Britain and its colonies.

Successive British governments flooded the market with products from its empire, and tea become the British drink of choice.

This era of history is when Britain and North America divided on their preferred hot beverage. US Americans protested British taxes on tea imposed by King George.

When the British East India Company sent large consignments of tea to the east coast, the people of Boston tossed the imports overboard. The famous “tea party” of 1773 triggered a patriotic avoidance of tea, and North America’s preference for coffee was born.

You may also like A Specialty Coffee Shop Tour of London: An Itinerary 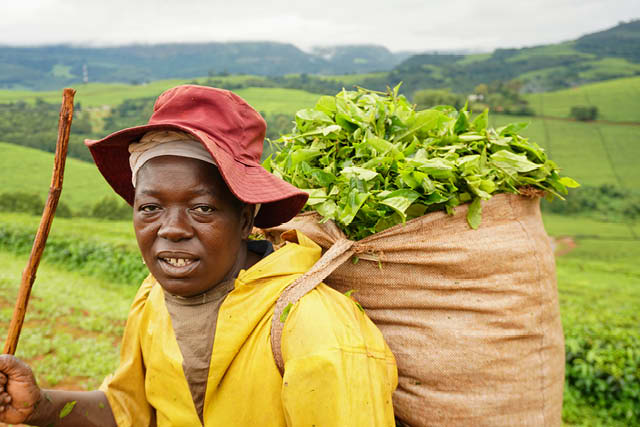 A tea picker at Eastern Highlands Plantations at the foot of Mount Nyangani in eastern Zimbabwe. Credit: Nicole Motteux

Although Britain has a reputation for high tea featuring scones and cucumber sandwiches, this is not the reality of tea drinking in Britain. Yes, you can have a sophisticated afternoon in a tea room, but more often tea is a casual and ubiquitous part of British life.

Office workers make a round of tea for the whole team, builders carry biscuits in their vans for their routine tea breaks, and it’s considered rude not to offer “a brew” or “a cuppa” if someone stops by your house. It’s standard to drink black tea with milk and sugar, and most people use a mug over fine china.

But coffee is also a part of contemporary Britain. As in many countries, instant coffee was the market leader in the 20th century, with a jar of freeze-dried granules a staple in most homes. In the UK, it’s normal to drink it with milk and sugar. The BBC reports that almost 80% of UK households still buy instant coffee for in-home consumption. 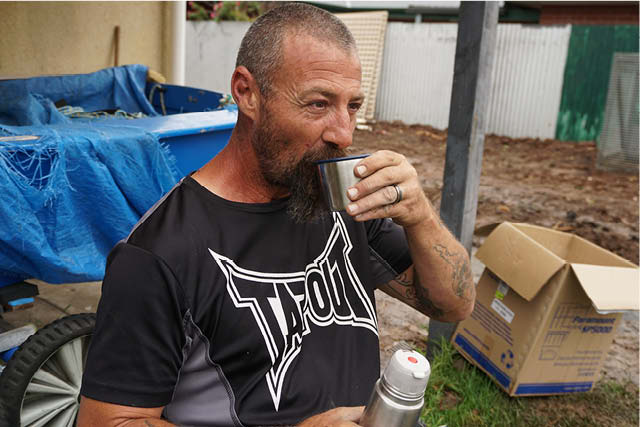 Britain was no exception to the rise of second wave coffee. In the 1990s, branded coffee chains started to pop up in major cities and the desire for coffee was fuelled by American popular culture.

“We owe a lot to the sitcom Friends, filmed in the iconic Central Perk coffee shop,” says Mick Wheeler, former Executive Director of the Specialty Coffee Association. “And also to barista competitions and branded coffee chains like Costa Coffee, Starbucks, Caffè Nero, Pret A Manger, and EAT. They got people keen to hang out in coffee shops and coffee became trendy again.” 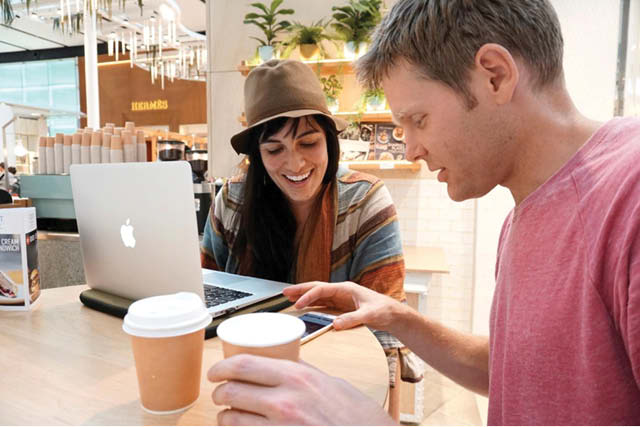 Today, there is likely a branded coffee shop on every high street in the UK. Allegra World Coffee Portal’s Project Café UK 2018 report states that the coffee shop market grew by 7.3% in turnover during 2017.

The report also says that Costa Coffee, Starbucks, and Caffè Nero continue to dominate the UK coffee shop market. Of those three, Costa Coffee is the largest. Together, the three chains make up a 52.9% share of the total branded chain market. 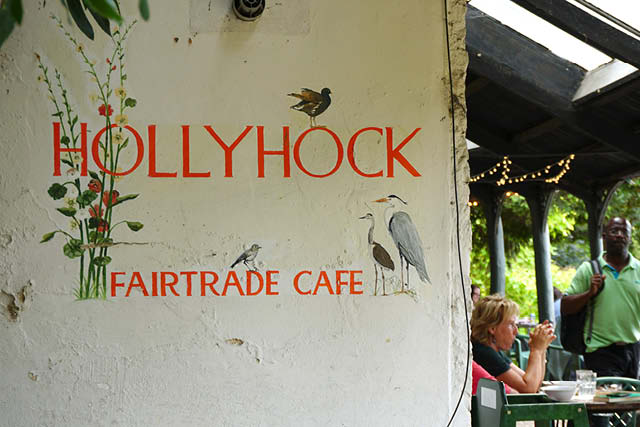 Coffee in Britain hasn’t stopped with second-wave chains. There is a growing number of third-wave coffee shops and consumers who are interested in specialty coffee.

The Allegra report states that “the artisan scene that developed in the mid-2000s has become widespread in the UK.”

It also confirms that the market is aimed at younger generations, who are willing to spend money on specialty coffee. “Specialised artisanal chains such as Gail’s, Grind and Joe & The Juice gained momentum in 2017… cater to more discerning and less brand-loyal millennials with premium-quality coffee and service,” it says. 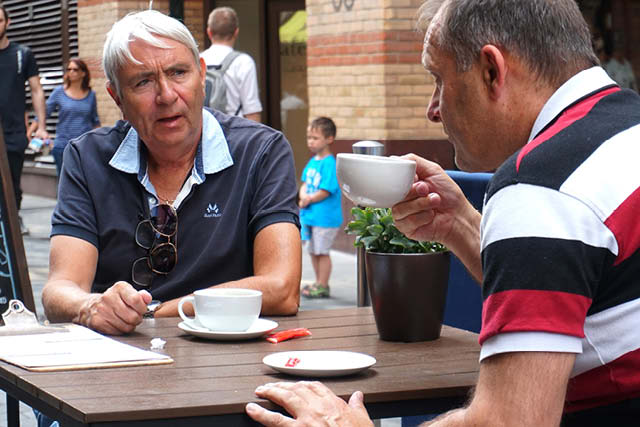 Visitors to London stop for a coffee. Credit: Nicole Motteux

The UK has a strong specialty coffee scene with competitions, artisan roasters, and a growing number of independent cafés.

It isn’t all focused in London either. Manchester’s Cup North has held the Manchester Coffee Festival for four consecutive years and Edinburgh Coffee Festival will also celebrate its fifth anniversary in 2019.

Learn more in What Is “Third Wave Coffee”, & How Is It Different to Specialty? 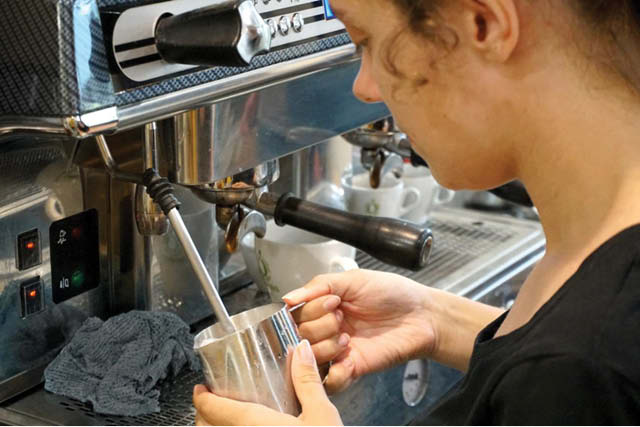 The Environmental Impact of Coffee in Britain

British consumers are also willing to pay for coffee with certified origins. The UK is reported to have the largest number of  Rainforest Alliance coffee retailers in Europe, including market leader Costa Coffee.

“Businesses are responding to their customers’ demands,” says Sophie Persey from the Rainforest Alliance. “Coffee from Rainforest Alliance Certified farms is sold through McDonalds, Costa, EAT, POD, Benugos, and Café Ritazza, as well as [supermarkets] Tesco, Asda, and Morrisons.”

The UK is also a leading market for Fairtrade-certified coffee. In 2016, sales reached over 185,777 metric tonnes.

But while it’s clear British consumers care about the sustainability of their coffee at origin, they have a problem with environmental sustainability at home. 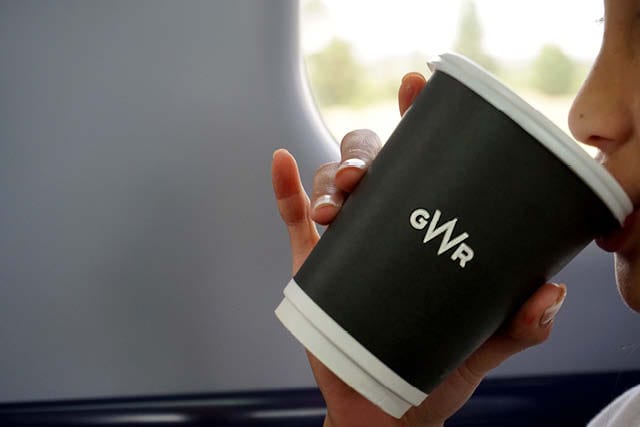 A recent report from the WWF ranks the UK as the fifth highest single plastic consumer in the EU, with an estimated 4.1 billion cups and lids discarded in 2018. It states that stirrers and food containers have recycling rates of less than 10%.

Disposable coffee cups used in the UK are made of 95% paper fibres and 5% polyethylene lining. Both elements are recyclable, but they need to be separated first. With only three British recycling centres capable of separating the tightly bonded materials, the vast majority end up in the landfill.

Costa Coffee and Starbucks have appropriate in-store recycling bins but the problem is big enough that earlier this year the Environmental Audit Committee, made up of Members of Parliament, recommended a 25p fee per disposable cup. It has also considered a ban on the cups by 2023 if they’re not made easier to recycle.

The UK’s October 2018 budget confirmed that from 2022, food and drink companies will be taxed on plastic packaging that does not include at least 30% recycled content.

Learn more in The Latte Levy: Ludicrous or Long Overdue? 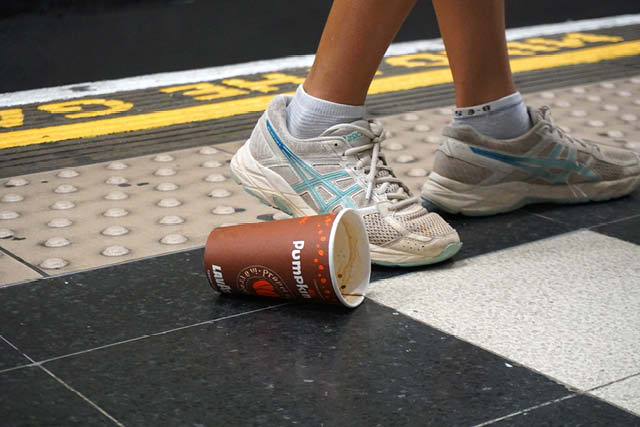 Britain has a longstanding love of tea that is unlikely to end. But the nation also has an established relationship with coffee. With a growing number of independent cafés and several popular coffee festivals, the coffee scene in the UK is only getting stronger.

Young consumers are opting for single origins and pour overs across the nation and they’re showing a preference for environmentally sustainable beans. Tea might not be under threat, but the days of the ubiquitous jar of instant coffee could be numbered.