How Has The 2018 Sulawesi Disaster Affected Indonesian Coffee?

Approximately 70,000 people have been displaced by the disaster and the impact will last years. Among those affected are many of the nation’s coffee producers.

Palu and Donggala are small cities on the Indonesian island of Sulawesi. The island is home to over 17 million people and has an economy based on agriculture and nickel ore production.

On Friday, September 28th, local people were preparing for an evening of beach parties and festivities to celebrate the anniversary of Palu’s incorporation, which had taken place the day before.

Just after 6 pm local time, a 7.5-magnitude earthquake hit the island, with its epicentre in mountainous Donggala. The consequences were catastrophic and consequent landslides impeded rescue efforts.

A tsunami alert was issued for the nearby Makassar Strait, but it was called off soon after. An unexpected localised tsunami struck Palu, which lies on a long, narrow bay. Waves were as high as 5 m and the city was devastated.

To make the situation worse, Mount Soputan in Northern Sulawesi erupted on October 3rd. No casualties were reported, but local people were forced to flee the area.

Sulawesi is Indonesia’s main producer of cacao and has a sizeable coffee industry. Let’s take a look at how these farmers have been affected by the earthquake and tsunami. 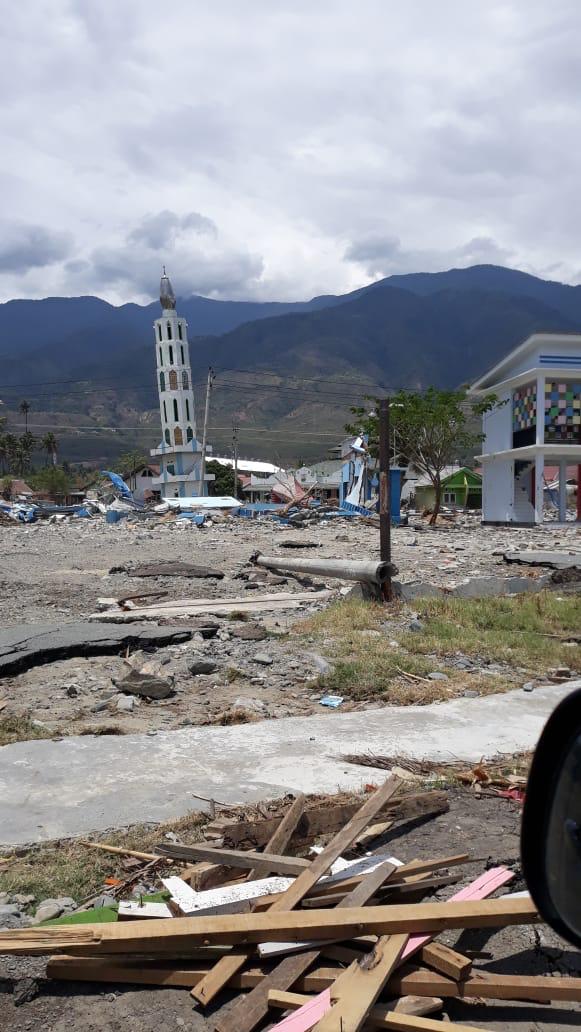 Damage to roads has made logistics in the farming community difficult. Credit: Anwar Hidayah

Anwar Hidayah is an Indonesian coffee producer. He is the owner of Kopi Estate and has worked in coffee farming for 22 years. He told me about the immediate effects of the disaster on producers.

“The impact is damaging the harvest. It’s October now. It is supposed to be the harvest season. There is no-one to harvest and the bodies are everywhere.”

The devastation has heavily damaged roads, which makes any attempt to continue farming as normal impossible. “It’s mostly remote areas for Arabica, and Robusta is grown nearer to the city. But the transportation is cut out. The roads are broken so the farmers can’t deliver the beans for processing,” he says.

Find out more in Indonesian Specialty Coffee: The Challenges & Opportunities 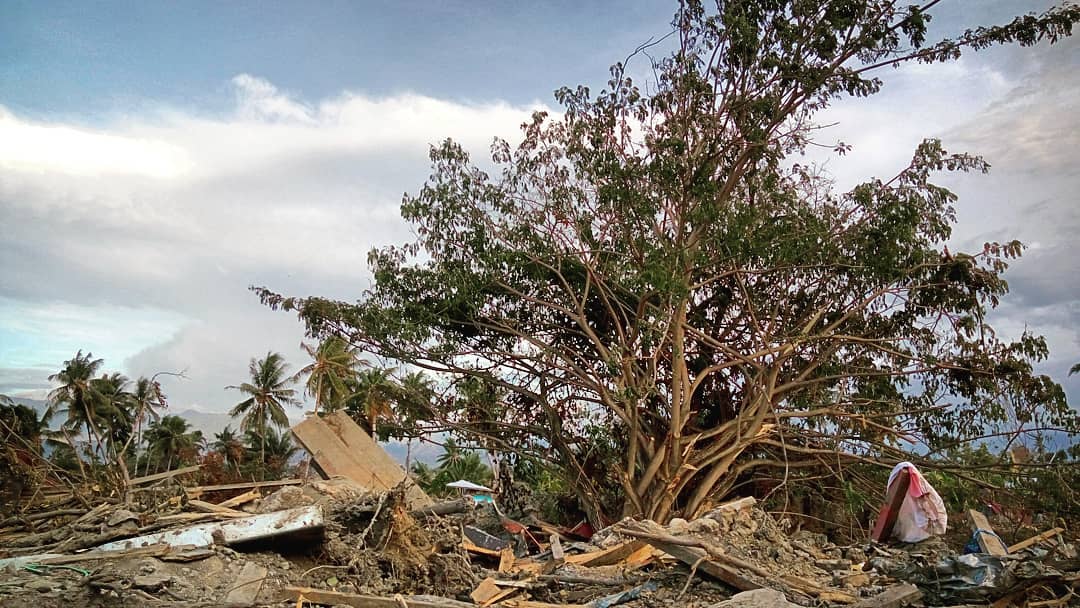 Basic survival needs are more important than the harvest at the moment. “I’m still trying to contact farmers. They don’t have electricity [so it is difficult],” Anwar explains.

“The farms are good. The coffee is good. But how are people going to work when the lights are out? And people are looking for food. What I am doing right now is trying to reach my little sister but the road is blocked and the airport is only for military use at the moment.

“What is happening right now is that you may have money, but you can’t purchase anything because the stores aren’t open. People can’t work. People aren’t going to risk their lives [with aftershocks] right now. There were landslides. What is happening right now is exodus. People are leaving Palu. The city doesn’t smell good because there are bodies all over the place. There is no clean water.”

“Most of the people who died are farmers,” he continues. “People from other parts of Indonesia who move to Sulawesi to work. You have to understand that Sulawesi is the biggest cacao producer in Indonesia. The Dutch planted cacao first, then coffee. Sumatra is the biggest coffee producer [in Indonesia]. If you visit Sulawesi you see cacao and coffee.”

Benji Salim of The Q Coffee Trading agreed that the coffee plantations are generally unaffected, but that the impact on the cities has been devastating. “Despite the catastrophe, there are no coffee areas around the Sulawesi region affected by this incident, but it really did destroy the city of Palu,” he says.

The destruction of infrastructure is likely to have a significant impact on health conditions. The UN has highlighted the risk of communicable diseases in unsanitary conditions and a malaria outbreak has been reported. 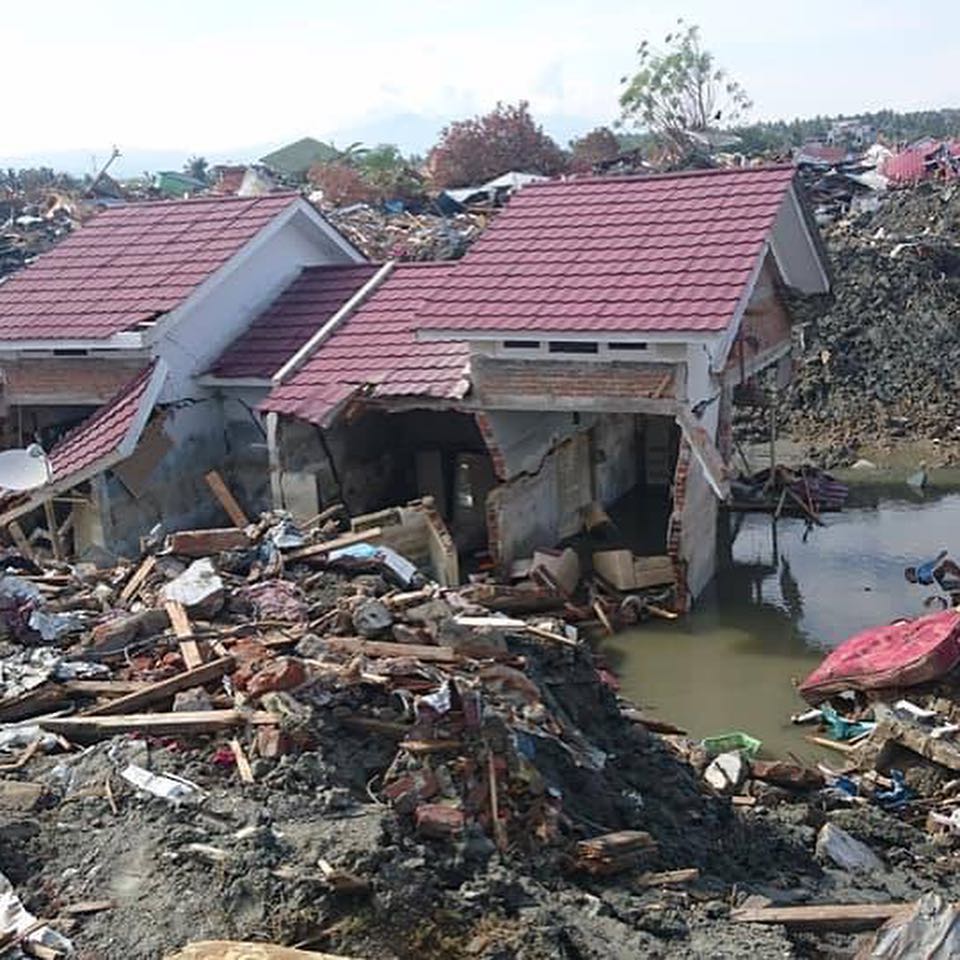 Anwar tells me that the government estimates recovery to take around a year but that he is not convinced of this timescale. “The government says that first is oil, and then electricity, and then the water system. Then people can return [to their homes]. I imagine it will be three years.”

With cacao and coffee left unharvested, it is clear that Indonesia’s agricultural economy will be heavily affected in the long-term. Palu is the export zone for both North and Central Sulawesi, but its devastation means trading is currently impossible. With farmers unable to sell their goods even if they are able to harvest, the continuing impact could be even more catastrophic. And if Indonesia’s economy is slowed, the recovery effort will only be more difficult. 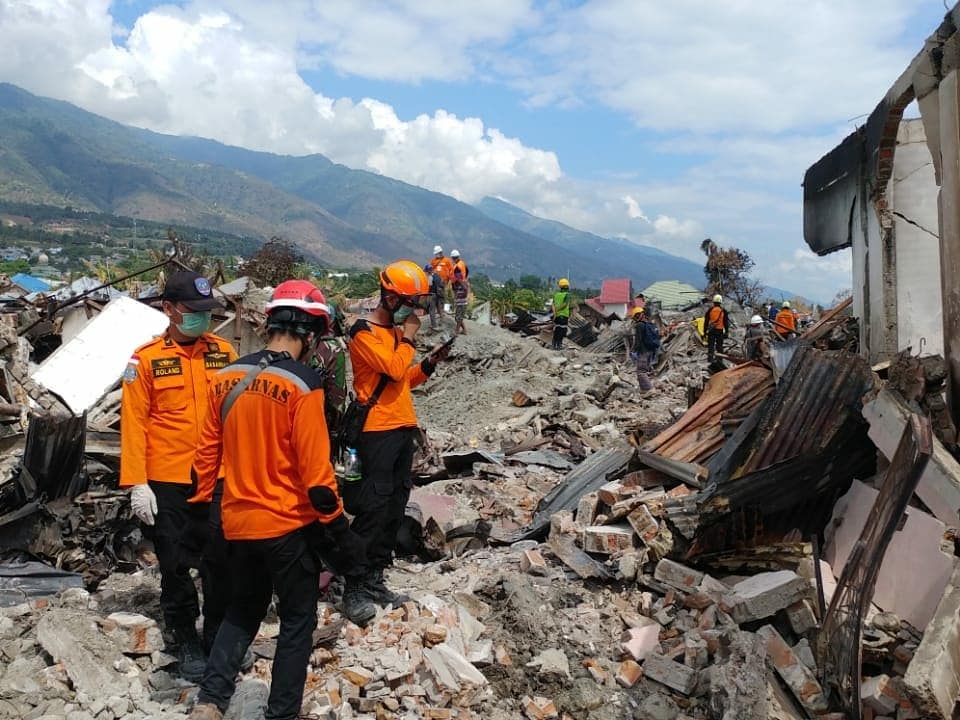 Within Sulawesi, the focus is on survival over fundraising or other long-term plans. But there has been some international response from within the coffee community. Benji told me that “Some of us [in the] Indonesian coffee community in Australia will be hosting an event in Aunty Peg Melbourne on the 19th of October.”

Find out if coffee shops around you are doing the same. In addition to direct donations, try to find roasteries that continue to sell Indonesian coffee through the recovery period. It will likely take a long time for Sulawesi to be restored to its pre-disaster conditions and farmers will need financial support.