Oh, and why’s everyone talking about “ruby chocolate”?

Each type of chocolate has its own distinct flavor profile that is influenced by the choice of manufacturing. Sweetness, acidity, and texture are just some of the factors that can be manipulated this way. But not every dark chocolate bar is fine – and neither is every white chocolate bar sickly sweet.

Find out more about dark, milk, white, and ruby chocolate in this conversation with the experts. 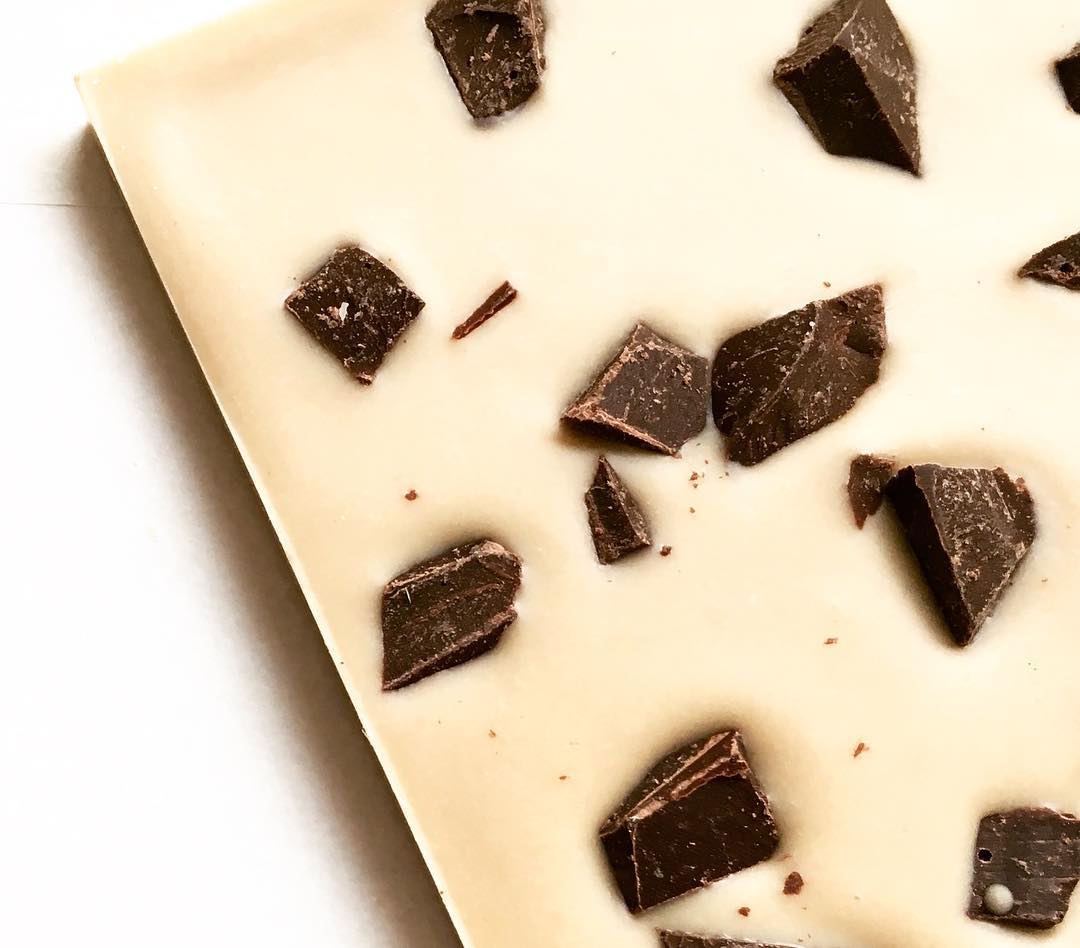 Chocolate Basics: What You Need to Know

What is chocolate anyway? Mackenzie Rivers is the founder of Map Chocolate. She tells me that “in order to be chocolate, the product must contain cacao in some form.” This means that regardless of whether it is dark, milk, white, or ruby, it is chocolate.

In simple terms, chocolate is a processed mixture of cacao beans. The beans are fermented, dried, and roasted to take them from a bitter taste to a palatable flavor. Then the beans are separated into cacao nibs (the solids) and cacao butter (the fat). The nibs are ground and then often (but not always) reintroduced to cacao butter to make chocolate liquor. Sugar is also added for sweetness (cacao is bitter).

Learn more in Sweet Treats: How Is Fine Chocolate Made? 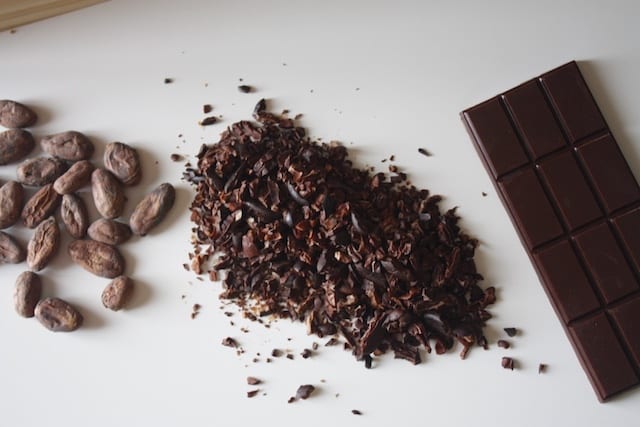 But there is a lot more to chocolate than just cacao and sugar. Chocolatiers carefully manipulate flavors by varying the ratios of cacao solids, butter, and sugar, as well as other ingredients. Vanilla has been added to chocolate to soften its intensity since Aztec times, but it can also be used to mask the bitterness of low-quality cacao.

Lecithin is another common addition. This soy derivative is cheaper than cacao butter but can improve the flow of chocolate liquor in the same way. It also makes the finished product more shelf-stable.

It’s at this stage, when chocolatiers play with ingredients, percentages, and proportions, that we start to see the differences between the types of chocolate.

Discover more! Check out Understanding The Ingredients List on Your Bar of Fine Chocolate 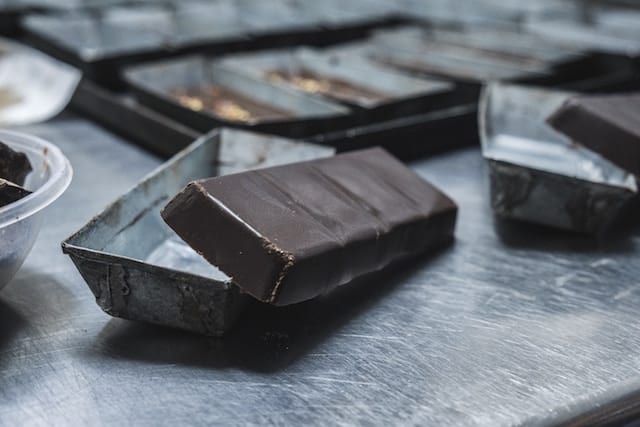 Dark chocolate has become associated with quality and tends to be celebrated by the fine cacao and chocolate industry. But it’s not as simple as darker meaning better.

Some manufacturers add more cacao butter to dark chocolate for improved texture. “It helps to give greater viscosity to the chocolate when tempering [an important stage in the chocolate-making process], but also a far better mouthfeel to the chocolate… cocoa butter melts at body temperature, and this is why we see it widely used in cosmetic products,” explains James. 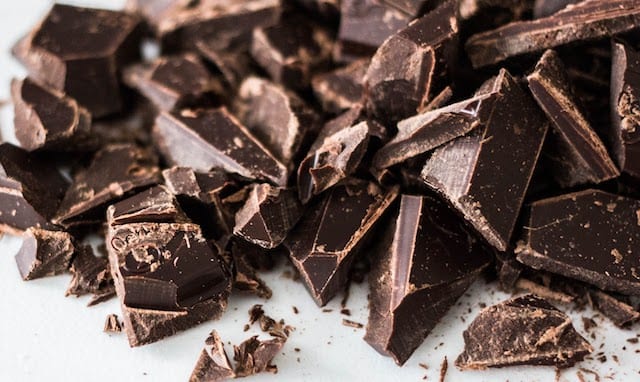 But this doesn’t mean that you can’t get low-quality dark chocolate. Some commercial brands of dark chocolate contain low-quality cacao, high levels of sugar, and additives. As Mackenzie explains, “bad” chocolate is made using inferior beans or cacaoa butter, or with minimal cacao in the finished product.

She also emphasizes the importance of cacao percentages. “While a Hershey’s Kiss might contain 11% cacao, a specialty dark chocolate very likely has a lot more cacao – as much as 100% – because cocoa butter is part of the cocoa bean. The amount of cocoa butter used is included in the percentage of cacao in the chocolate.”

Mackenzie says that the primary differences among chocolates are sweetness, mouthfeel, and how (or not) the cacao is highlighted.

You may also like Raw Cacao & Chocolate: Health Foods or Dangerous Habits? 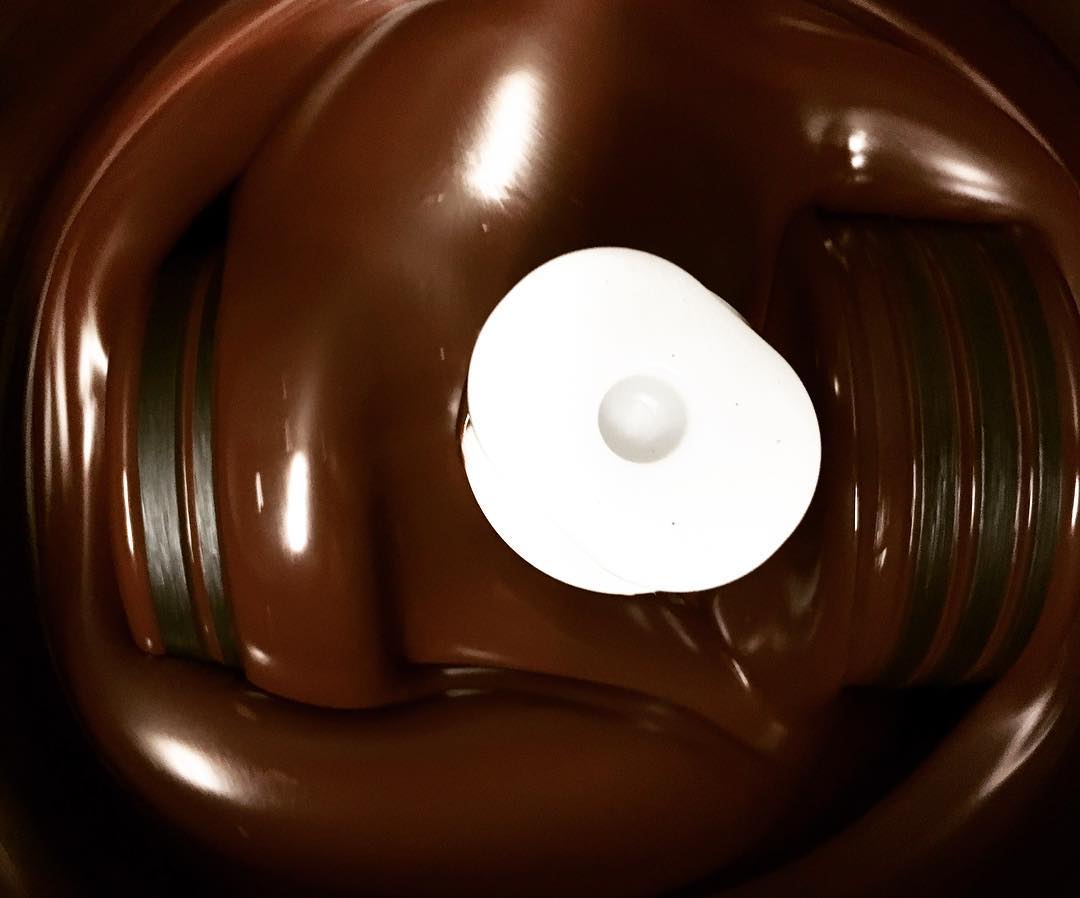 Milk Chocolate Can Be Fine Chocolate

Milk chocolate is made in a similar way to dark chocolate, but with the addition of dried milk. Mackenzie explains that the combination of the dairy, cacao butter, and sugar is responsible for making milk chocolate bars sweet and creamy.

These ingredients also balance out, or homogenize, the individual flavors of different beans. Just like in specialty coffee, blends are more likely to be consumed with milk (in coffee, this is in the form of espresso-based drinks).

“The addition of milk powder smooths out cacao flavor. The primary reason milk chocolate came to be the flavor many people call chocolate is because blends of beans were used,” Mackenzie says.

Commercial milk chocolate tends to have a much lower number of solids. Cadbury’s Bournville dark chocolate has a minimum of 36% cacao content, and its Dairy Milk bar is at 26%. 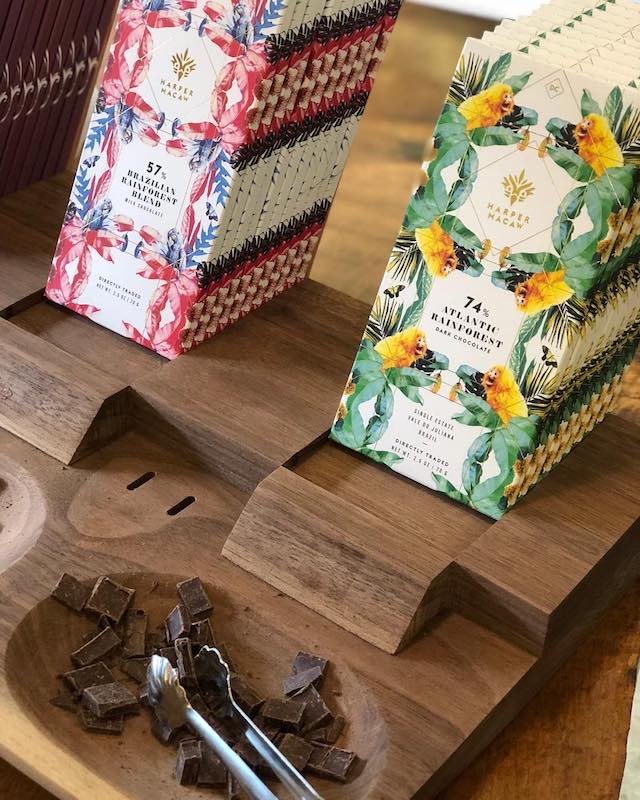 “Really high-quality milk that comes from small producers is not going to be dehydrated and turned into milk powder. And sometimes you want the best milk powder but you also have to think about how that milk powder will react and taste [in combination] with your cocoa beans.”

James highlights how some producers are moving away from cow’s milk in their milk chocolate products. “Craft chocolate makers are using other milk- and lactose-free powders, the most current being coconut and rice powders.”

He advises to keep an eye out for “dark milk” and “super milk” products from craft chocolate makers. He says that these usually have a minimum cacao content of 55%. 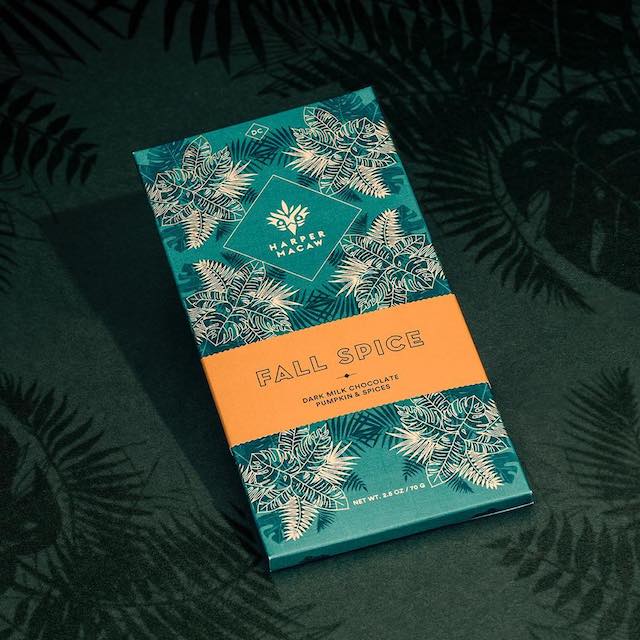 Although it has long been regarded as for children and those who don’t like “real” chocolate, white chocolate can be more nuanced than you may think. 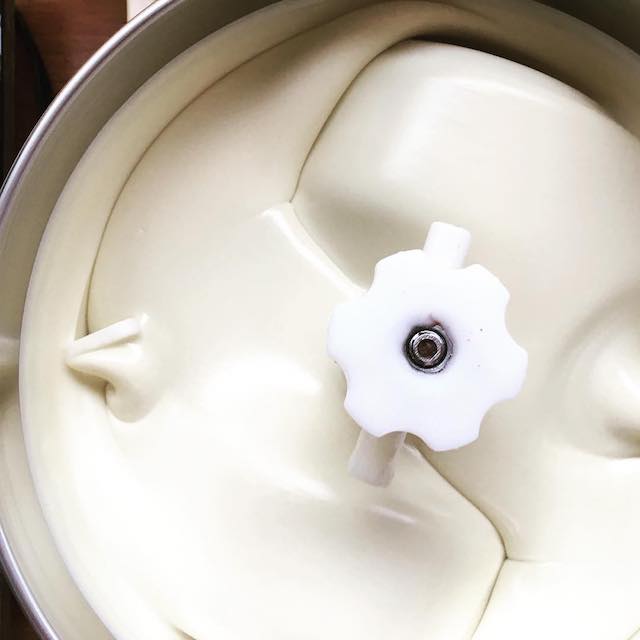 James explains white chocolate’s reputation. “Although made from cocoa butter, which is approximately 50% of the cocoa bean, it tends to have more milk powders, refined sugars, and flavorings. But we tend to keep to a minimum of 35–40% cocoa butter in our white chocolate range,” he says.

He acknowledges that white chocolate has a “somewhat bad press among the general public” but says that craft chocolate makers are making changes. They are reducing the use of milk powder and flavorings while adding more cacaoa butter and unrefined sugars to white chocolate recipes. “Some of us are looking to replace sugars with fruit powders,” he says.

Although some people dismiss white chocolate as one-dimensional and overly sweet, James says that there are some sophisticated options. “There are some specialist chocolate bars in this category, known as ‘toasted white’ or ‘blonde’ chocolate. This particular variety of chocolate brings out biscuity and natural caramel flavor notes.” 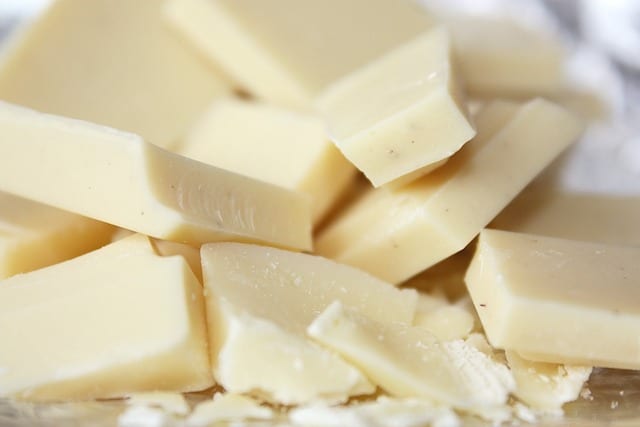 What Is Ruby Chocolate?

For most of us, chocolate stops at the holy trinity of dark, milk, and white. But ruby chocolate has recently entered the market. The beans used to produce it are being called “the fourth variety of cacao.”

But we know that this not true – there are at least ten recognized cacao varieties (and probably many more). “Variety” in the cacao world refers to genetic variety or to the type of plant or bean.

And in 2009, Callebaut filed a patent for a process resulting in “a red or purple cocoa-derived material” that states: “The cocoa beans or seeds used… may be any variety from Theobroma cacao, for example, Forastero, Criollo, or Trinitario, obtained from any suitable source such as, for example, the Ivory Coast, Brazil, Nigeria, Cameroon, Indonesia and Ghana.”

So Callebaut’s RB1, or ruby, is not a new variety – but is it a fourth type of chocolate? 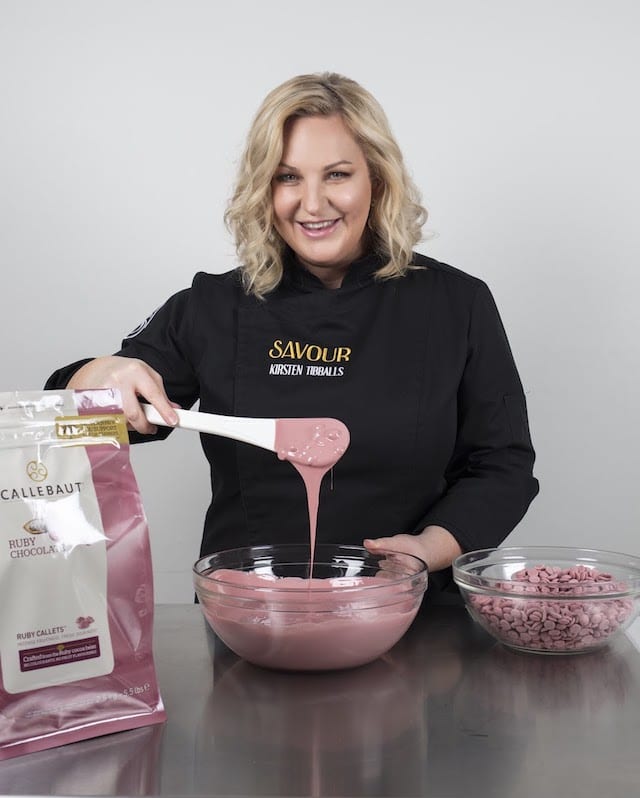 Kirsten Tibballs was nicknamed the Queen of Chocolate by MasterChef Australia. She is an ambassador for Callebaut. “Ruby is made from a rare cocoa bean found only in Ecuador, Ivory Coast, and Brazil. There are no colorants or flavorings used. The color and berry fruitiness are naturally present in the ruby cocoa beans, reflecting the choice of name,” she tells me.

It’s probably true that the pink color is natural, but its presence in the finished bar is most likely a result of processing choices. Many kinds of raw cacao bean have a rosy tone that is lost in fermentation. By creating a process that skips fermentation, ruby chocolate manufacturers have managed to preserve the color and create a new marketing opportunity.

Fermentation is also responsible for the development of the flavor we know as chocolate. It’s not clear exactly how Callebaut is processing its cacao without fermentation, but the absence of it probably explains why ruby chocolate has a taste often described as fruity.

Regardless of its origins, ruby chocolate has been making some impact in the commercial chocolate industry since its introduction in 2017. But it doesn’t seem to be a new type of chocolate. A look at the ingredients list of Callebaut’s ruby chocolate chips reveals that it is mainly sugar and cacao butter, much like commercial white chocolate. 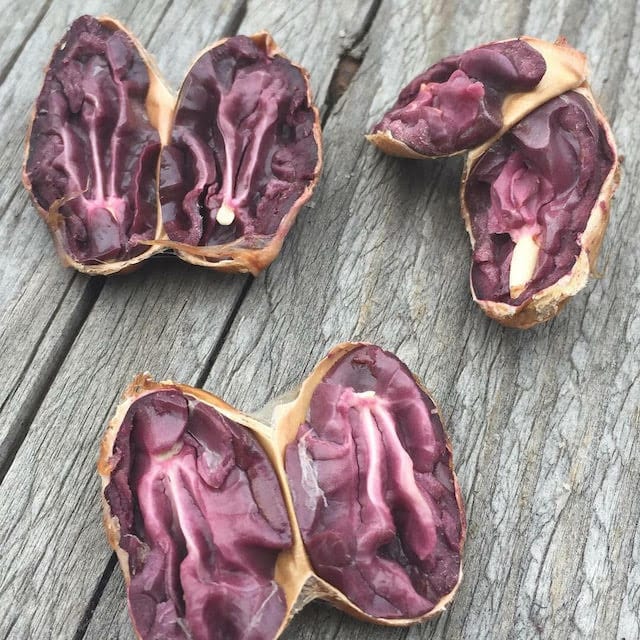 White and milk chocolate have long been dismissed as “bad chocolate.” But the reality is not that simple. Each type of chocolate has a unique flavor and we all have our own preferences. Rather than being married to the idea of only consuming “quality” dark chocolate, take a look at the world of choices out there.

Fine milk chocolate has creaminess and a smooth mouthfeel. Alternatives to dairy powder make it an interesting time to sample high-end milk chocolate and see if you prefer a vegan version. Good-quality white chocolate can introduce you to new notes of biscuit and caramel. Don’t be afraid to try different products from craft chocolatiers and be surprised.

Enjoyed this? Check out Understanding The Ingredients List on Your Fine Chocolate Bar