How Much Does Your Coffee Actually Cost to Produce?

Rural producers lifting themselves and their communities out of poverty through coffee production: it’s a romantic idea. And it’s easy to feel skeptical when we hear a coffee shop or roastery saying it. Yet as incredible as it sounds, it’s important to know that this is not an overstatement. Coffee has the power to either accelerate – or slow down – the economic development of entire communities.

Yes, you read that right. Your cup of coffee that you love and depend on so much can change the lives of millions of people. Just as important, though, is the reminder that it can also change lives for the worse.

And nowhere is this made more apparent than in recent Anacafé-led research into the costs of coffee production. 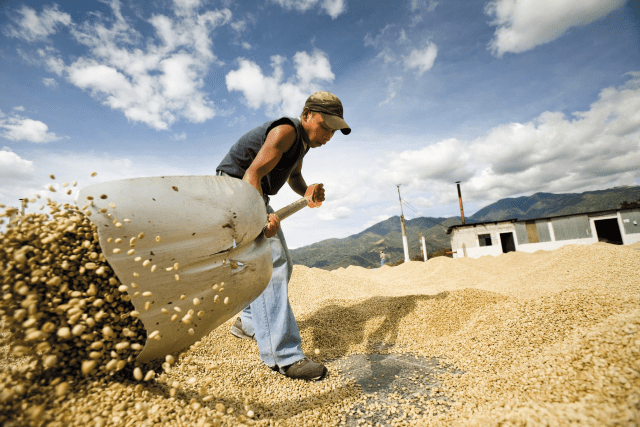 Why We Need to Understand The Costs of Production

The study highlights some of the most important themes within Guatemala’s coffee industry. And Evelio Alvarado, General Manager at Anacafé, Guatemala’s National Coffee Association, tells me that Anacafé has been sharing these results with producers, roasters, consumers, the ICO, and more.

By simplifying the results and making them accessible to everyone, Anacafé hopes that people at all levels of the coffee chain will have a better understanding of the complexity of coffee production – and from there, how to improve the supply chain and better support producers.

So, let’s take a look at the results. 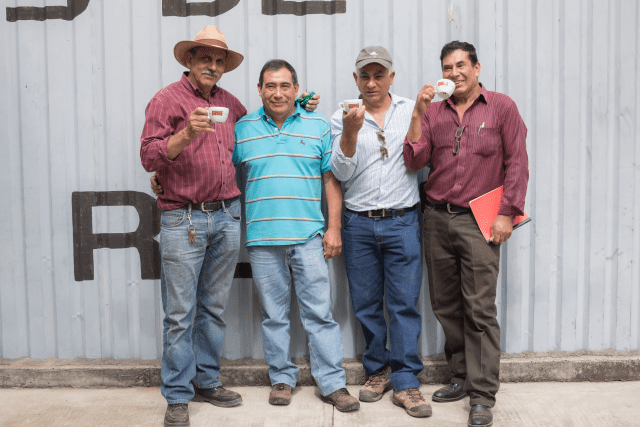 Guatemala: A Country Shaped by Coffee

Coffee has, for centuries, been one of Guatemala’s most important agricultural commodities. It’s shaped landscapes, societies, and, without a doubt, communities too.

Evelio explains that, in Guatemala, there are entire municipalities that depend 100% on coffee production. What this means is that, if the coffee is sold at a good price, then the producer does well. If the producer does well, then they’re able to support the rest of the community. Then, in turn, there is economic development in the region. As Evelio says, “everything [in the town] moves if there is a good harvest.”

However, not all is good news. Paulo De León is the author of the study commissioned by Anacafé and CABI. He tells me that one of its conclusions is that production costs in Guatemala are greater than the market prices, meaning that coffee farming isn’t a sustainable career for most Guatemalans.

In other words, most coffee producers can’t make a living through coffee; they need to diversify their sources of income to survive. This is incredibly worrying when entire communities depend solely on coffee for their economic development and livelihood.

But why is coffee production so unprofitable? 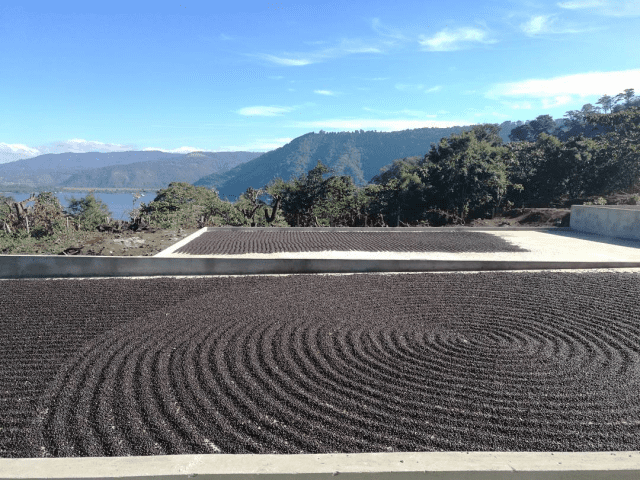 You might expect fertilizers or equipment to be the biggest expense for coffee producers. Yet Paulo tells me that, actually, it’s labor. On average, he says, Guatemalan producers spend 65% of their yearly budgets on their workforce.

According to the study, Guatemala has the second-most expensive labor cost in Latin America and the highest minimum wage among Latin American producing countries. And Anacafé tells me that, since the study’s publication, the minimum wage has increased from US $420 to US $480 per month.

Balancing the need for both good wages and profitable coffee businesses is key to the country’s economy and the health of farming communities. It’s important that we understand the impact of high labor costs on the entire coffee chain. 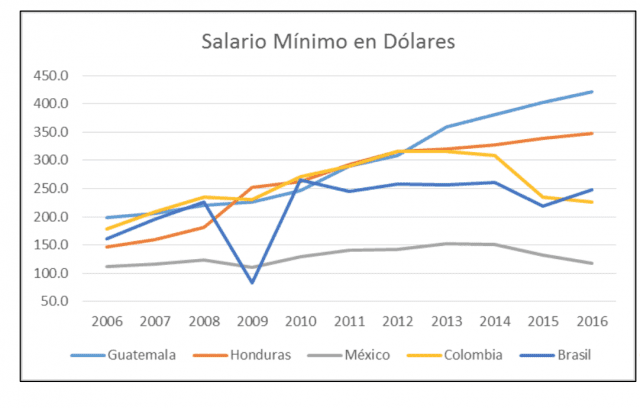 Minimum wage in producing countries in USD. Source: “The Importance of Coffee in the Guatemalan Economy and the Current State of its Productivity and Sustainability”, CABI

High labor costs have their positive sides; they ensure laborers receive a better wage, for example. Yet when producers can’t cover the costs of production, they may be forced to then cut corners on fertilizers and nutrients, meaning that future harvests will be smaller. Smaller harvests, in turn, require fewer workers to cultivate the trees throughout the year and finally harvest them. When communities depend on coffee, this means fewer jobs and therefore less economic development.

When labor costs are unsustainable, eventually the whole community can suffer.

Christian Starry is a Guatemalan coffee producer and exporter. For him, the majority of his yearly expenses is “clearly labor.” He tells me that it accounts for 57% of his expenses – less than the country’s average but still a significant amount. This figure includes both his permanent and seasonal workers.

Yet while labor costs can take away from a budget, and slow down farm investment, they can also translate to economic development in coffee communities.

Anacafé’s study also found that nearly 400,000 people across 67% of the country’s municipalities work in coffee. In some places, this figure is much higher. Take Santa Rosa, Guatemala: jobs generated, either directly or indirectly, by coffee represent one-quarter of the working population, while three-quarters of the population are affected by the industry.

Christian’s farm lies just 45 minutes from the capital, meaning that it’s located in a relatively urban area. However, coffee is still one of the main economic forces that have driven development in his region. As a fifth-generation farmer, Christian knows that his farm has had a direct impact on the local community.

He tells me that, ever since he can remember, the local town has been constantly expanding. 20 years ago, there used to be about 100 families living in the area; now there’s close to 700. With this coffee-fuelled expansion, there’s also been an increase in the amount of small businesses popping up.

People are starting their own enterprises and are even buying local franchises. The town is already on its “second or third local fast food chicken franchise”, Christian tells me. His farm manager, a permanent worker, has even started his own transportation business on the side and just purchased his second car to expand it. Local business is booming, all thanks to coffee.

So, when we look at towns like Christian’s, or Santa Rosa, we can see how important it is for coffee farmers to make a profit – and for laborers to receive decent work wages. For both to be feasible, producers need to be paid fair prices for their coffee. 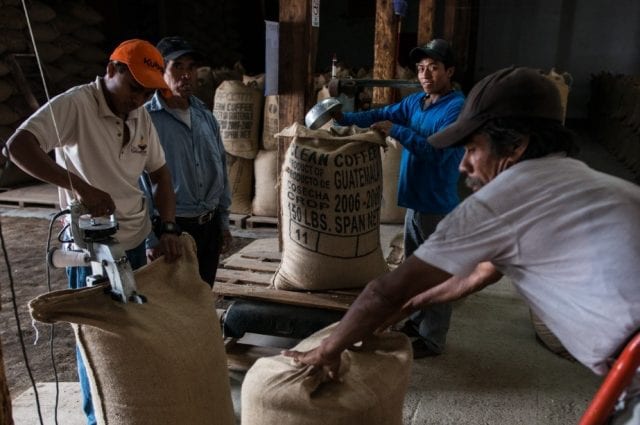 This is really what it all comes down to. Coffee production is expensive, especially when it’s specialty coffee. And if coffee producers can’t cover their costs because of low market prices or low offers from coffee buyers, communities can’t develop. This means that small local businesses might go bankrupt, entrepreneurship will decrease, and education may become a second thought.

Moreover, coffee quality may also decline, as farmers are unable to invest in equipment, fertilizers, and more. 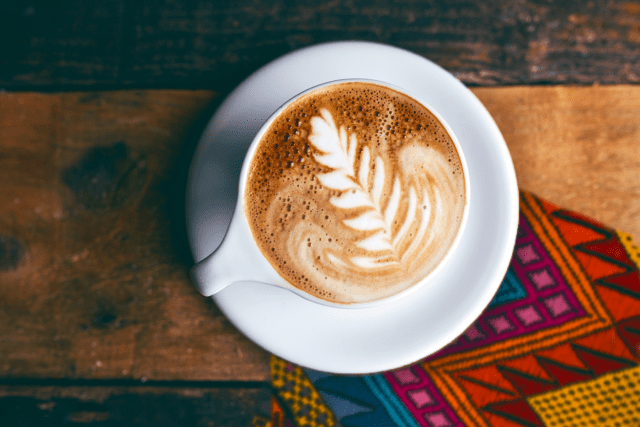 Only a fraction of the cost of this coffee will make it back to the producer.

With a rising popularity of coffee shops in high-income countries, consumers are already willing to pay good prices for a cup of specialty coffee. There’s also a growing trend, especially among millennials, to seek coffee that has been ethically produced with the farmers paid fairly. Sustainable coffee is important to a large demographic of the coffee-consuming population.

Yet Paulo tells me that only a tiny percentage of a coffee’s costs makes it back to the producer and their community. This is unthinkable.

So, what can you do? Spread the news. Let people know the results of Anacafé’s studies and others like it. And commit to paying fair prices for coffee.

Enjoyed this? Check out How Much Does It Cost to Export Coffee?

Please note: This article has been sponsored by Anacafé.