Specialty Barista Wages Around The World

Baristas bear a lot of responsibility. As the final step in the coffee chain, they have to make sure customers are happy and those delicious coffees are served perfectly. They pull espressos, set up pour overs, texture milk, master latte art, calibrate grinders, adjust recipes, provide impeccable customer service, monitor hygiene and safety standards, and far more.

But how much does a barista get paid for this? We should talk about it.

I reached out to baristas, coffee shop owners, and coffee professionals from around the world to ask about their wages. While all these answers are anecdotal, and just a tiny sample in comparison to the hundreds of thousands of baristas around the world, they give a snapshot of how pay and benefits can vary. So let’s take a look at the results. 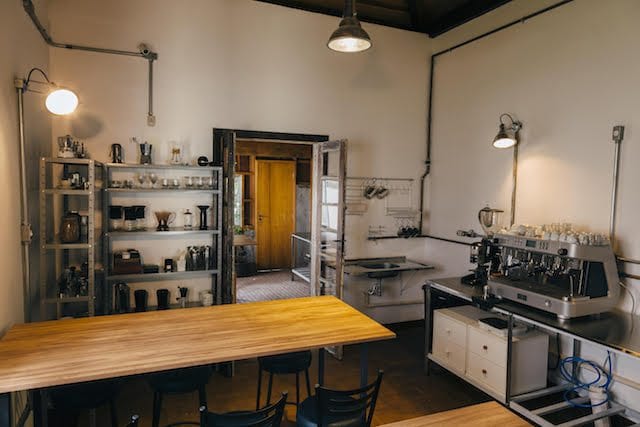 Tips & Pay Rises in The US

As a nation, the United States imports more coffee than anywhere else in the world, with over 30,000 coffee shops – so where better to start looking at barista wages? I turned to Brice Young, Owner of Precision Pours in Louisville, Colorado, to ask some questions.

In a country this huge, we can expect significant variations in pay. Different states will have different costs of living, coffee shop profitability and competitiveness, and more. However, Brice tells me that, having worked in multiple cafés, a standard wage for a skilled barista is US $8–10/hour plus tips. This is compared to the nation-wide federal minimum wage of US $7.25/hour (although it may be higher in some states).

Brice adds that pay rises are hard for café owners to justify as it cuts into the bottom line. “I think, with the demand where it’s at, only high-volume shops and people with large backings can afford more than minimum wage,” he says. ”On any given weekday afternoon, my baristas make more money with their tips and wages than the shop does, but we hope to grow and continue increasing our minimum pay for baristas.”

Pay rises are achievable – as Brice says, “good baristas are worth the extra amount” – but they need to be well-costed. 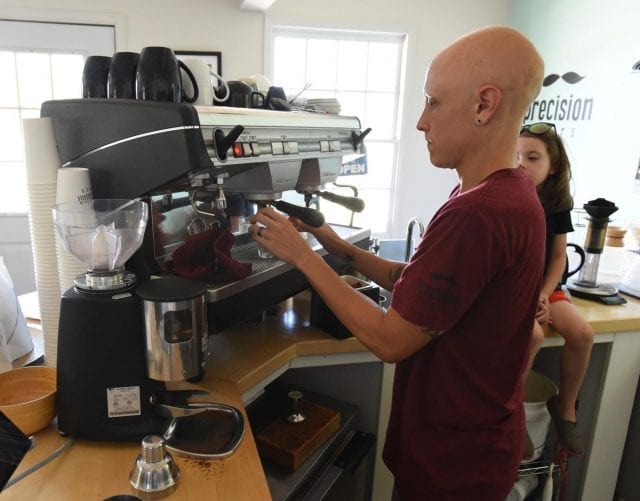 A Complicated Minimum Wage in Brazil

The US may be the world’s largest importer, but Brazil is the world’s largest exporter by far – and it also has a growing specialty coffee scene. I reached out to Isabela Raposeiras, Founder and Owner of Coffee Lab, a barista school, micro-roastery, and coffee shop in São Paulo, to learn more.

The first thing to bear in mind is that there’s no nation-wide minimum wage for baristas in Brazil. “The profession isn’t regulated and the minimum wage depends on the association linked with the business. There are a few different associations for this sector: one for fast foods, one for restaurants, and the one we use,” Isabela explains. (Translated from Portuguese by the author.)

However, in general, taxes in Brazil are perceived to be high – something that Isabela explains can be difficult for café owners and make it difficult to pay higher wages. “Unfortunately, it is what it is,” she says.

For Isabela, the key to better barista wages lies in becoming instructors. In this way, the job can become a career. “I think it’s fundamental,” she emphasizes. She also pays baristas more as they progress with her structured in-house training program. 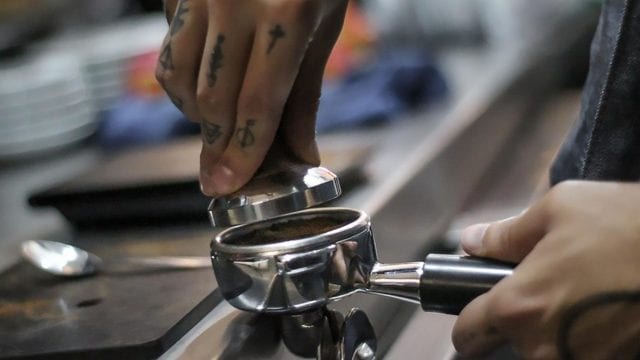 María Esther Lopez Cásares is the Owner of Café Registrado, a school, roastery, and coffee shop in Buenos Aires, Argentina. She tells me that the minimum wage for baristas is the same as all other professions in the country.

Compared to its neighbors, Argentina has a high minimum wage of AR $8,860/month (US $482), and this is set to continue to rise. However, not all employees receive this.

This means that there can be great variability in a barista’s pay. Some receive the minimum wage (or even less). In other shops, however, it can far exceed that. María tells me, “Our baristas have a monthly salary plus tips, plus benefits (insurance and other legal benefits)… It is approximately AR $22,500/month [US $1,222.43].”

As a barista school, she also provides her baristas with SCA courses and other types of training. “They only have to pay for the certification fee, but not for the course… They have to work every day under SCA parameters and standards,” she explains. 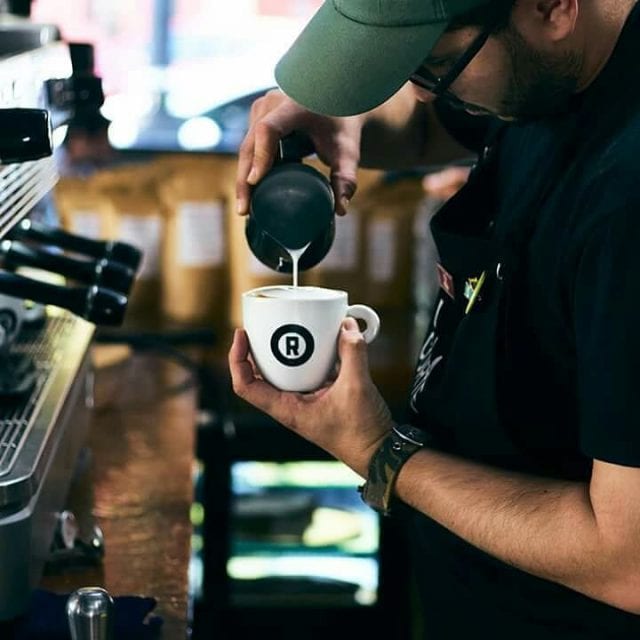 Dajo Aertssen started working as a barista three years ago in Coffee Makers, a micro roastery and coffee shop in Lille, France.  “All the baristas I know earn the national minimum wage, which isn’t that bad in France, but still isn’t a salary to be very happy with,” he says. It currently stands at €9.88 (US $11.88).

“If you really want to make a career as a barista,” Dajo continues, “you either need to be ready to move to a big city where there’s an established specialty coffee brand (coffee shop, roaster, trader, etc.) or start your own business. Where I live, for example, there are no advanced career options in specialty coffee so I am planning to start my own business.” 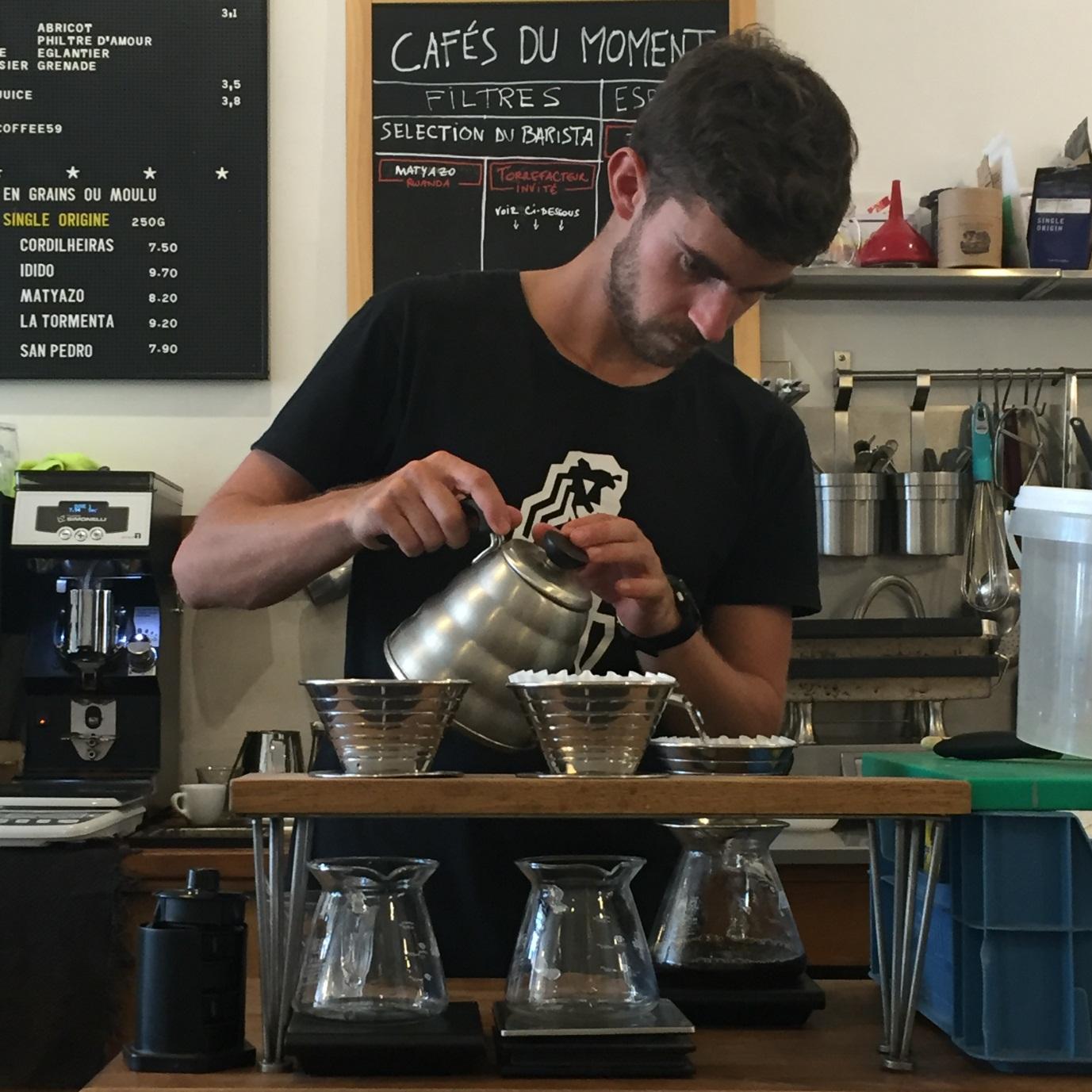 Over in Bucharest, Romania, specialty coffee is new but growing. Silvia Constantin is the Co-Owner of Barista School Romania, which she tells me is the city’s first barista school, and also the National Coordinator of the Romanian Chapter of the SCA.

This makes training key for baristas – something that, as a trainer herself, Silvia is passionate about. “Because I am involved in the Romanian Chapter, starting specialty coffee in Romania, I was fighting for the baristas to have better salary and program for work, and to have training and support from the owners…” she says. “A well-paid barista is a must in third wave coffee shops, because they invest in their education, professional evolution, [so as] to be a trend-setter for their customers. It’s a lot to do, but we are in a good direction.” 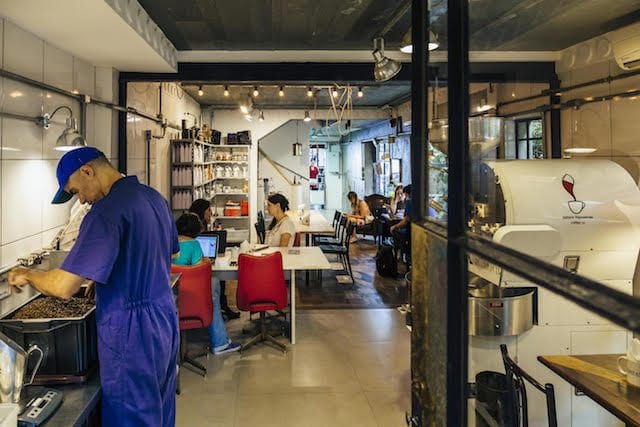 Barista wages, benefits, and training can vary dramatically across the globe – not to mention across the state, county, city, and specific coffee shop. And of course, so too will the cost of living, unemployment rates, tipping culture, and more. My conversations with café owners and baristas gave me just the quickest of glimpses into the complicated world of specialty barista salaries.

But I invite you to start talking about it. How much do you get paid or do you pay your staff? Is it sustainable – for both the barista and coffee shop? What about training, paid holidays/sick days, and pensions?

When we talk about specialty coffee, we frequently hear about the importance of paying a fair price for good beans in order to strengthen the supply chain and improve quality of life. But when we say this, are we remembering baristas?