Pu’er: The Fermented Tea That Everyone Wants to Try

Deep within the forests of Yunnan, China, a special type of tea is made, one that is unlike any other: Pu’er.

Pu’er tea has been sold for hundreds of dollars per pound, has been plagued by fakes, and is a mainstay on a specialty tea menu. But what’s so special about this brew? Let’s find out… 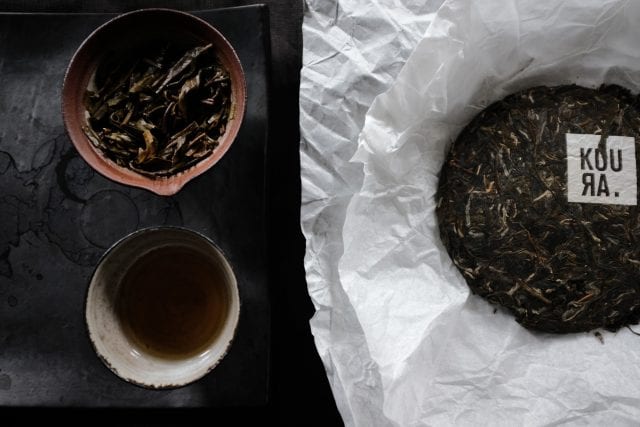 Why You Should Know About Pu’er Tea

Pu’er tea (also spelled pu-erh or sometimes puer) has a long history, but it’s only recently that it’s become one of the tea industry’s golden children.

Yunnan is one of the poorest provinces in China, but when you visit this region, you’re also visiting part of the area where tea originated from (P. Okinda Owuor, The Oxford Handbook of Food Fermentations).  Coffee-lovers may also recognize Yunnan as the area that grows most of China’s coffee.

Yet until 20 or so years ago, this was one of the cheapest types of tea you could buy, going for mere cents or dollars per kilogram. It wasn’t until the ‘90s and early ‘00s that the boom began – and it soon reached feverish heights. The relaxation of China’s borders helped encourage this. So too did the twin ideas of uniqueness and exclusivity: Pu’er tea gets better with age, meaning each experience is different.

This led to a speculative market, with an ever-increasing demand for scarce supplies of high-quality, old-tree tea material from villages that rose quickly to fame for their terroir. The price rose until 2007, with buyers paying hundreds of dollars for a pound of fresh tea from particular regions, before crashing. It crashed again in 2011. But fast-forward to today and prices continue to rise. 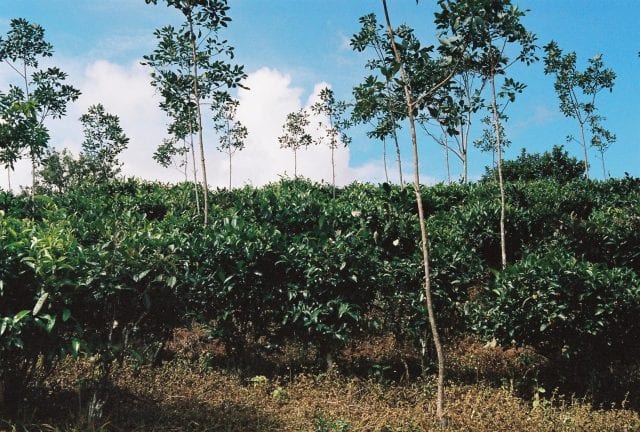 What Is Pu’er Tea?

Pu’er tea starts off not too different from a green tea; in fact, on paper, it even appears to be processed the same way. There is one key difference though.

Tea goes through a “fixing” or “roasting” stage that halts oxidation, the process by which tea leaves darken and gain stronger flavours. (In other words, the darker the tea, the more oxidised it is and the stronger the flavours.)

However, with Pu’er tea, the roasting stages allows enough enzymes to remain active within the leaf that, over the course of several years, fermentation takes place. The tea slowly goes from green to red to brown, and the flavour changes to match: smoother, sweeter, darker, more complex, and with unique aged flavours that you can’t get any other way.

Not all Pu’er tea is the same, though! In fact, there are two main types: raw (sheng), the type described above, and ripe (shou), which has an extra step.

With ripe Pu’er, the tea is piled together in large amounts (hundreds of kilograms at a time) and sprayed with water. It’s then covered and regularly turned for around two months in a hot and humid environment, leading to a very purposeful fermentation that makes the tea as dark and thick as coffee and as smooth as good chocolate.

This process was initially developed to mimic the raw Pu’er that had been naturally aged over many years. It lacks the same complexity; however, it’s still incredibly smooth and unique. As of such, it’s produced and enjoyed in its own right.

Both types of tea, once picked and processed, are then sold to various tea buyers before being compressed into small cakes or bricks, wrapped, shipped, stored, sold, and drunk. 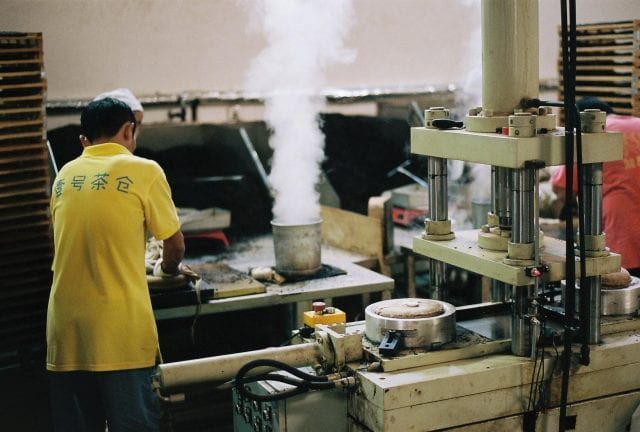 Finished tea being blended, weighed, and pressed into the disc shape before being wrapped. Credit: Ayden Graham, KUURA tea company

Pu’er Tea: Why Do Consumers Love It?

Simply put, its unique qualities: a strong, bitter taste that rewards you with intense lingering sweetness; unmatched complexity; and, most importantly, the ability to age it like wine or whisky, accumulating value as the years go by.

There is a Pu’er tea for everyone. Some can be intensely fruity, sweet, and floral; others are more like whisky with subtle flavours of smoke, wood, earthiness, and burly base notes. Depending on how it was stored and its age, all kinds of unique fermentation flavours can make for interesting mature teas.

Pu’er drinkers are often obsessive, collecting various teas each year to pad out their collection with various regions and qualities: some tea to drink now; some to drink in 10 years; some tea to invest in and sell down the line when the price has, hopefully, gone up significantly.

Due to Pu’er tea’s rocket to fame, fakes abound. Many famous teas have been faked so frequently that they have become almost impossible to buy, even if you have the money. It becomes a game of connections. Thankfully, there is plenty of great tea to be had that hasn’t been hyped to infinity, but it still pays to have trustworthy suppliers. 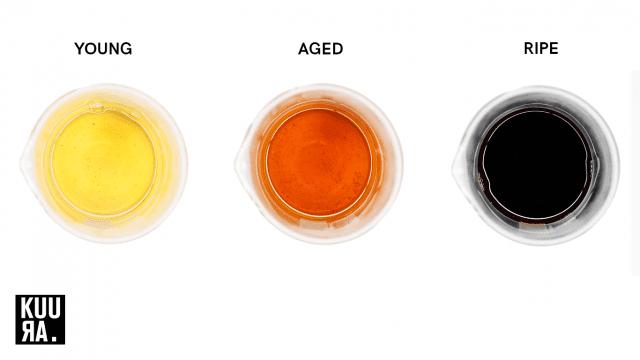 Yunnan: The Key to Incredible Tea

The other main appeal of Pu’er tea that is hard to find anywhere else is the amazing natural resources of Yunnan. Thanks to its historical remoteness and low level of development, the region’s natural environment has been well preserved.

Many other tea-growing regions have become increasingly industrialised, as labour costs have led to mechanisation instead of hand-picking and processing. Yunnan, however, is still home to many groves of old tea trees, growing semi-wild in the mountains and forests. Some of the oldest trees currently known of are in the 1,000 or so years age range but are protected and too old to harvest. That being said, you can buy tea from 100–300-year-old tea trees with a degree of certainty – although you will pay heavily for it, and there are many fakes out there.

Tea tree age has become synonymous with quality and price, and as such there is much more tea made from “800-year-old trees” than actually exists. Old tree tea, referred to as ‘gushu’, is worth the price, though; it’s noticeably thicker, smoother, and with more depth of flavour. 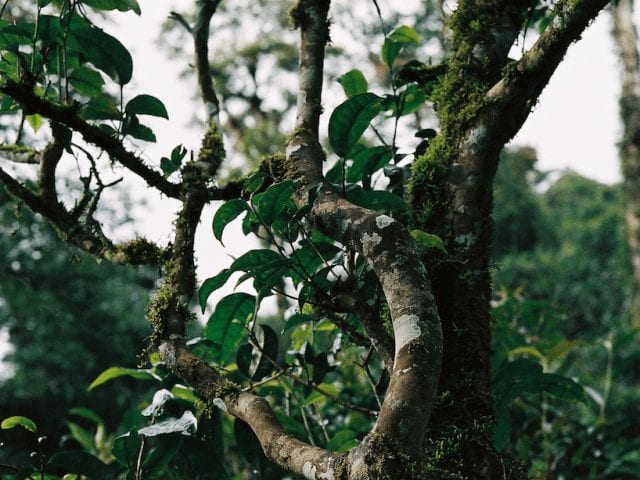 These old trees, as well as trees that are a “mere” 40 or so years old, are often found growing in lush, untouched natural environments with incredible biodiversity. When you think of a tea plantation, you likely think of neat rows of bushes, all the same and at waist height for easy picking. Yet tea has to be constantly pruned to remain this way. In contrast, many tea gardens in Yunnan are made up of trees that were planted in previous generations and left to grow unattended when tea was worth less than rice. As such, they have grown tall and thick like a proper tree, with deep root structures and a diverse range of plant life surrounding them.

This type of tea has become so valued that many farmers in Yunnan don’t use any agrochemicals and intervene minimally with the plants. They know that this is what customers demand – and will pay the highest price for.

So, is Pu’er tea worth the hype? Yes. With vast diversity in flavours, ages, exact origins, and prices, everyone can enjoy Pu’er. And after all, no two brews will be the same. So why not go ahead and try some for yourself? Discover what all the fuss is about. 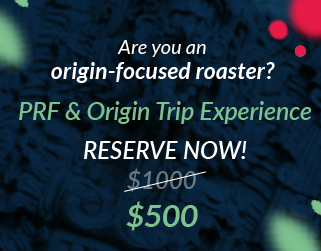