A Coffee Producer’s Year: What Do Farmers Do?

There’s far more to producing coffee than just planting the trees and picking the cherries. Even though the harvest period might be just a few months long, producers are busy all year round managing their fields, preparing the soil, experimenting with new strategies, and more. 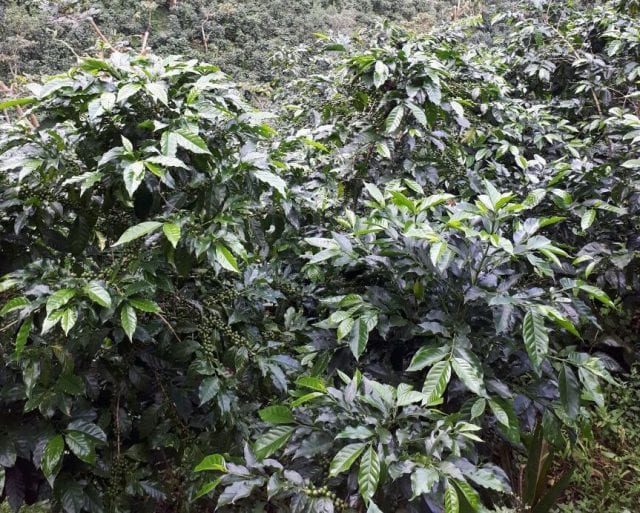 A producer’s first step is always the preparation of the seedbed and nursery. The seedbed is where seed germination occurs and, in Guatemala, it’s advisable to prepare it between March and April. This is because it’s the dry season, when the risk of plant sickness will be minimal.

You should bear in mind, however, that the best season can also vary depending on altitude (85% of Guatemala’s coffee is high-altitude, according to Anacafé).

At this stage, Marlon and Aiddé tell me that they work on the following: 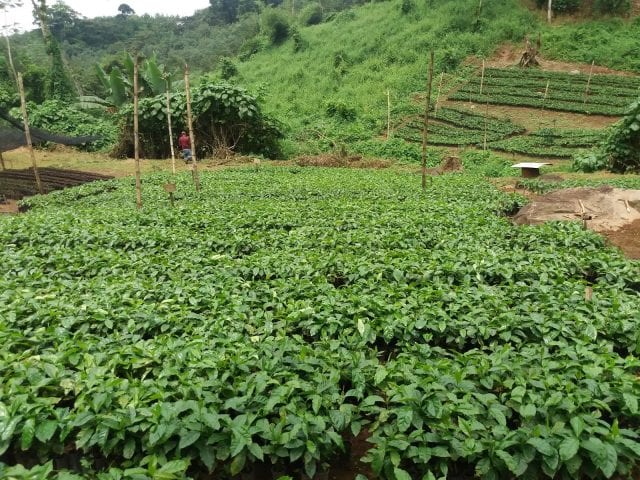 In the nursery, the seedlings can grow strong and healthy until they are ready for planting on the farm. Since this is 70 days after sowing in the seedbed, you can expect this to occur between May and June on high-altitude Guatemalan farms.

According to Marlon and Aiddé, producers should do the following: 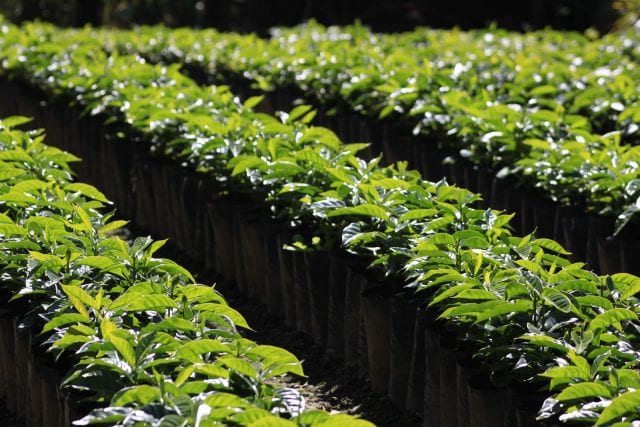 Preparing for The Final Transplanting

After about 6–9 months in the nursery – in Guatemala, this will normally be during the rainy season – the coffee plants can be transplanted to the field. Producers will recognize that they’re ready by the number of leaves: there should be a minimum of six pairs.

However, that doesn’t mean there’s nothing for the producers to do in the meantime! They need to prepare the soil (and also manage, harvest, and process their current crop).

When preparing the soil, producers need to pay attention to:

When it’s time for the transplantation, producers should: 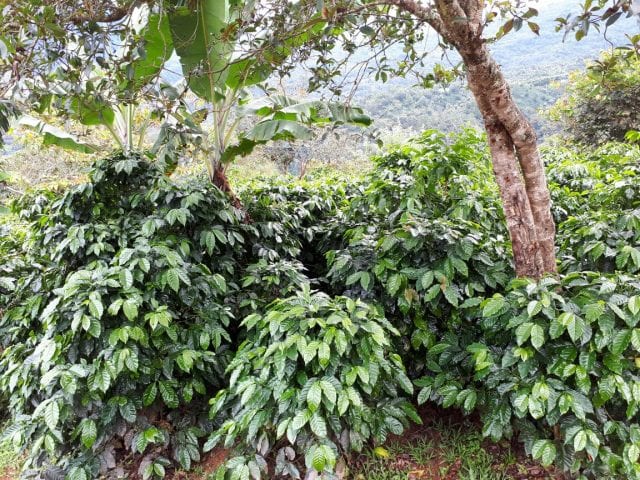 A month after farming, producers should begin fertilizing the soil. Before they start, however, they need to prepare the fertilizer and also do a soil test.

Some farmers choose to use organic fertilizer made from compost and coffee pulp; others opt for chemical fertilizers. My interviewees suggest that, with organic fertilizer, producers should use around 12 kg of decomposed pulp per tree.

After the first planting, my interviewees recommend that producers fertilize roughly every four months, depending on their soil condition and local factors. What’s more, they should also make sure to fertilize four months before the harvest.

In addition to soil management, producers should regularly their check trees for signs of illness or pest damage. They should also prune them to keep production levels high and, every few years, stump them. 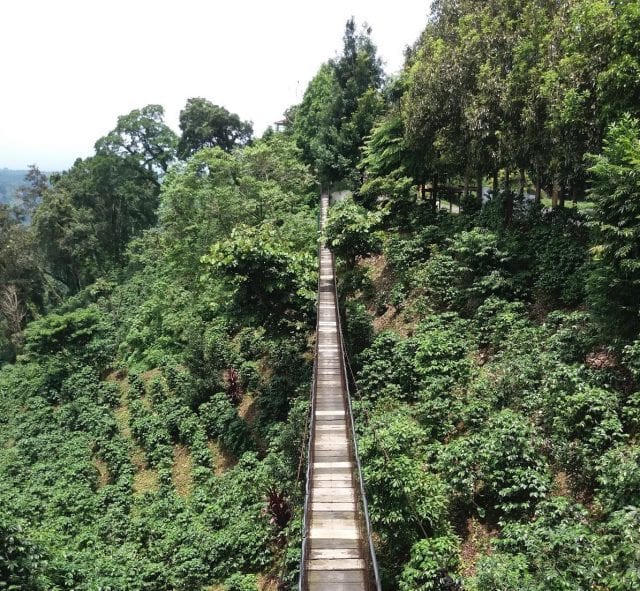 For most producers, the harvest is one of the busiest parts of the crop cycle. The first one will usually take place three to four years after planting. In Guatemala, at high altitudes, this will be between December and March. At lower altitudes, it may start as early as October. (Don’t forget that seedbed preparation also begins in March, which can make this a busy season for producers.)

Even if the cherries were hand-picked, they will normally still be sorted for defects after picking. This involves putting the cherries in water and removing any floaters. 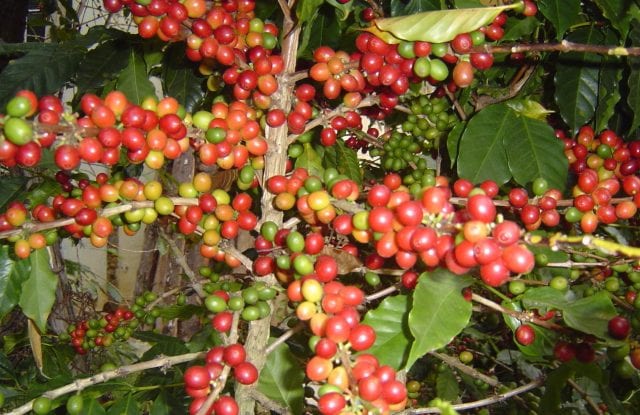 Next, it’s time for processing. There are many processing methods, but the most common ones are wet/washed, dry/natural, honey, and pulped natural. The choice of method will determine the processing and drying time, coffee flavor profile, labor and quality control methods, infrastructure, and more.

According to Anacafé’s Green Book, 98% of Guatemala’s coffee is washed processed. In countries like Brazil, however, naturals and pulped naturals are common. And Costa Rica has become famous for its honeys.

No matter the processing method, the coffee should be dried slowly until it reaches 10–12% moisture content. It can be done in mechanical dryers, but most specialty producers try to do it under the sun, either on patios or raised beds.

SEE ALSO: How to Improve Quality When Drying Washed Coffees

After the coffee has been dried, it’s packed in 60–70-kilo bags (or, in large mills in countries like Brazil, in even bigger bags) and left to rest before exporting. During this time, it should be stored in a warehouse with a stable humidity, temperature, and light level. 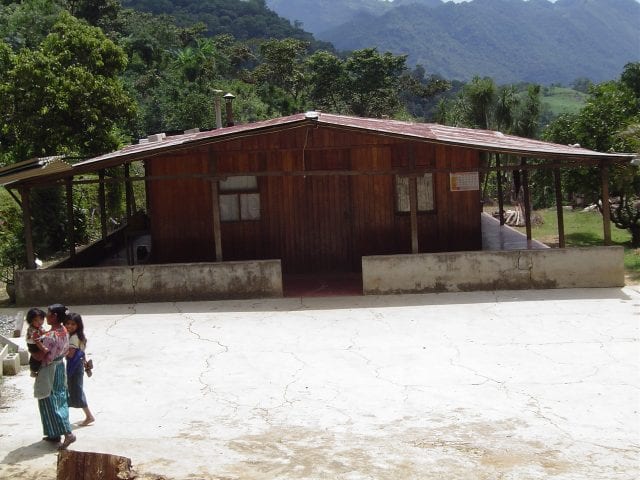 And while the beans are drying, resting, and being stored, producers have plenty to keep them busy: they’re also tending to their seedlings, pruning their trees, fertilizing the soil, and checking for signs of pests.

Then there’s all the business decisions, marketing choices, sales negotiations, and staff management. Marlon tells me, “When I start a new year, the first thing I think about is improving the production quality and achieving better prices in foreign markets.”

A producer’s year is non-stop. There is always something more to do on the farm. But it’s worth it: as Aiddé’s parents tell me, “What [our job] gives is a treasure.”

Written by Ana Villatoro. All interviews conducted in Spanish and translated by the author.