A Roaster’s Guide to The Coffee-Producing Regions of Colombia

Few places are more well-known for their coffee than Colombia, the land of Juan Valdez. However, not all Colombian beans are the same. This is a large country filled with diverse landscapes, from rainforests to mountaintops, two coastlines, and everything in between. And as the land changes, so too do the climate, harvest time, and more.

I wanted to find out more about Colombia’s producing regions, so I spoke with Juan Carlos Garcia Lopez, an agronomist who works in the Colombian Coffee Growers Federation’s national research centre, Cenicafé. Read on to discover what I learned. 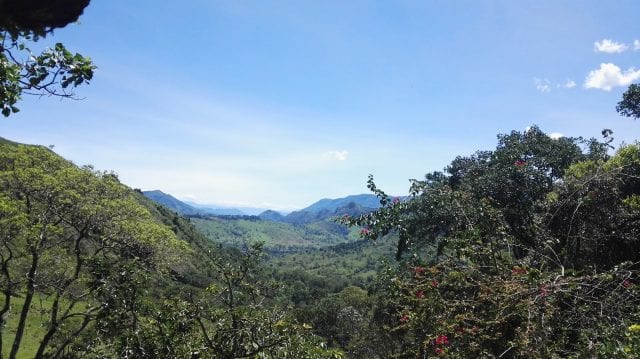 Juan Carlos tells me that there are 914,000 ha of coffee farms across 5 main zones and 19 sub-regions of Colombia. Within these, buyers will mainly find the Caturra, Maragogype, Tabi, Typica, Bourbon, Castillo, and Colombia varieties.

What’s more, the country is in a great location for coffee production: it sits close to the equator, and its mountains can reach over 2,000 m.a.s.l. The Sierra Nevada de Santa Marta mountains, for example, are one of the world’s highest coastal ranges.

Juan Carlos says that Colombia is also fortunate to have the Andes mountain range. The water sources from here flow into the country’s drainage basins, including large ones in the Cauca, Magdalena, and Nariño Departments. This creates a better environment for growing coffee; it’s no coincidence that Cauca and Nariño are well-known origins.

According to the Colombian Coffee Growers Federation, the Colombian coffee association, coffee provides 800,000 direct jobs across the country, positively impacting 563,000 families as well as the economy. 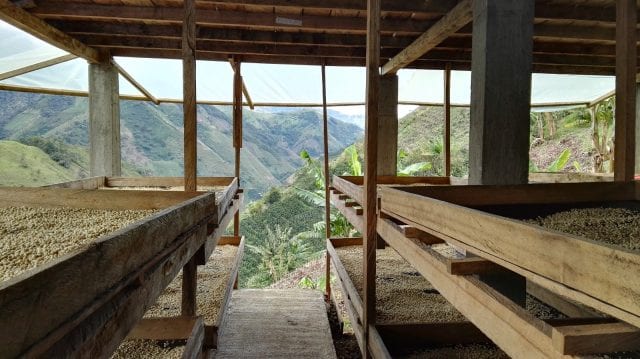 The Flavour Profile of a Colombian Coffee

Colombia can seem, at first glance, a more homogenous country than others. It produces just Arabica, washed processing is the norm, and a significant amount of its coffee is shade-grown. However, with 19 producing regions, you’ll still find diversity in flavour profiles, climates, and harvest seasons.

Generally speaking, Colombian Arabica is known for its pronounced aroma, acidity, medium-high body, and cleanness. Beans from here are often described as well-balanced or mild.

High-altitude coffees are often the most sought-after Colombian crops. When well cared for, the cooler mountain temperatures can allow the cherries to ripen more slowly. In turn, this leads to more acidic, aromatic, and flavourful beverages (but also a lower yield).

What’s more, the cooler temperatures mean there’s a decreased risk of pest infestations. Pests can reduce yield and damage both trees and cherries. This can affect both the flavour of the final cup and how heat is transferred during roasting. Too many pest-damaged cherries in a lot and the coffee will not be considered specialty.

On the other hand, Gloria Inés Puerta, MSc in Coffee Processing and Quality Control and Research Scientist at Cenicafé, tells me that some of the biggest differences in flavour profiles come from differences in varieties, production and processing methods, and brewing styles. 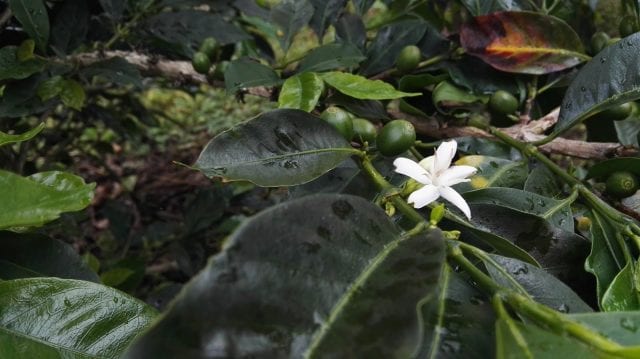 Coffee flowers blossom on the same branch as coffee cherries, a common sight in Colombia and a symptom of biannual harvests. Credit: Angie Molina

In the north of Colombia, you’ll find the coffee-producing sub-regions of Santander, Norte de Santander, La Guajira, Magdalena, and Cesar. 62,500 producers grow coffee on 129,500 ha of land, according to Juan Carlos.

This region has only one dry season – December to March – and one wet season – April to November – annually. Coffee blooms in March, just as the wet season approaches, and is harvested in October/November, as it ends.

What’s more, according to the Colombian Coffee Growers Federation, above 9º north coffee is grown in similar conditions to Central America: lower latitudes and higher temperatures. On the other hand, within the Sierra Nevada de Santa Marta mountain range and the Santander and Norte de Santander regions, crops are more exposed to solar radiation. As a result, producers tend to use more shade. These regions, the Colombian Coffee Growers Federation reports, produce coffees with less acidity but more body. 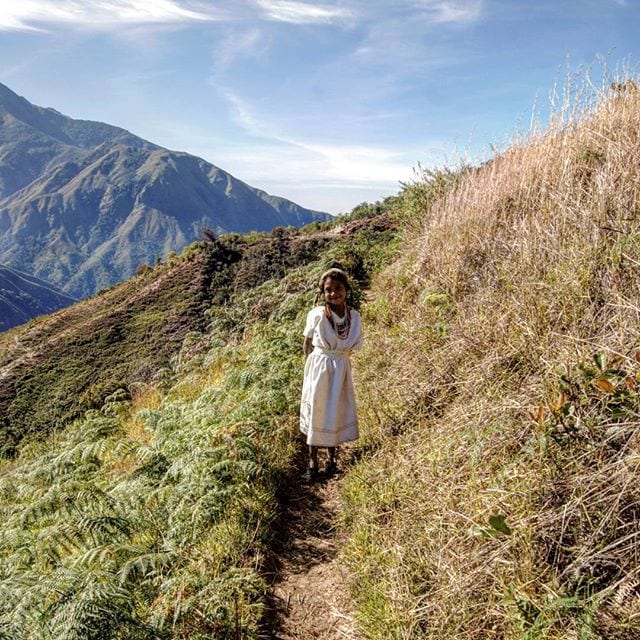 In the central north and central south zones of Colombia lie the regions of South of Antioquia, Boyacá, Caldas, Chocó, Risaralda, Quindío, North of Valle del Cauca, Cundinamarca, and North of Tolima.

Antioquia is the second-biggest producing region in Colombia, and Tolima the third, making these two zones a large and well-known area. According to Juan Carlos, 263,000 producers grow coffee on 492,000 ha. However, most of these are in the Central North region: the Central South zone is home to just 28,500 producers.

The zones have two dry seasons and two wet seasons every year: it’s dry from December to February and June to September; it’s wet March to May and September to November. This leads to two harvest seasons.

In the Central North zone, they have a main harvest season from October to December, at the end of the second wet season. They have a secondary harvest during May and June, however, when the first wet season ends.

The Central South zone has similar harvest periods: May to June and October to November. However, it doesn’t have a main and secondary harvest. The two periods are equally sizeable. 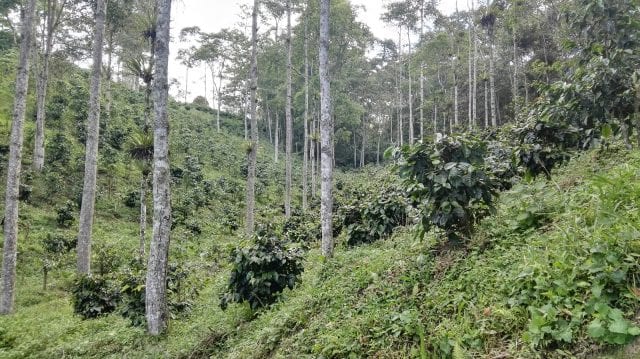 The south of Colombia sits closer to the equator, and coffee is grown at higher altitudes. It’s a region particularly associated with quality: coffees are known for their higher acidity and distinctive cup profiles.

What’s more, Nariño, Cauca, and Huila make up what Juan Carlos describes as a new Colombian coffee triangle. Not only are Nariño and Huila huge producers, but they’re also common origins within the specialty industry. In fact, Huila received Denomination of Origin in 2013. The fruit and caramel notes, sweet acidity, and intense aromas characteristic of its coffees led to this official recognition.

Within the South Zone, 211,000 producers grow coffee across 282,000 ha of land. This makes the average farm size much smaller than in other areas of the country.

Like in the North Zone, there is only one wet and one dry season. Juan Carlos tells me that the dry season lasts from June to September, followed by the appearance of coffee blossoms. The rainy season strikes in October and can last until May, but harvest season usually begins in April and continues until June.

This is in contrast to the north of the country, where coffee is harvested in the autumn. With the harvest also extending until December in central Colombia, roasters can offer their customers Colombian coffees for much of the year. 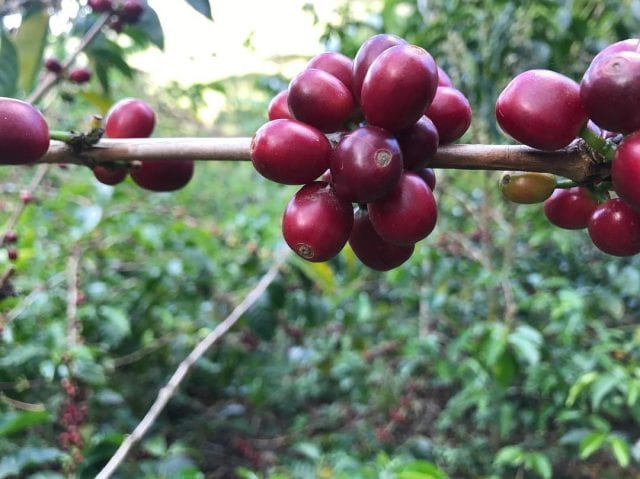 SEE ALSO: Colombia Has a New Goal: Sustainable Coffee by 2027

Our final Colombian coffee-producing zone is much smaller. It includes just the regions of Arauca, Casanare, Meta, and Caquetá. 5,500 producers grow coffee across 10,500 ha of land.

The region suffered from conflict in the past, and coffee production here is now a high priority in terms of support. Juan Carlos tells me that the Colombian Coffee Growers Federation is investing in helping the region to grow varieties more suited to its terroir. They are also focused on helping farmers to increase their farm size.

He continues to explain that climatically the east of the country is similar to the north. However, there is also more rainfall and humidity. 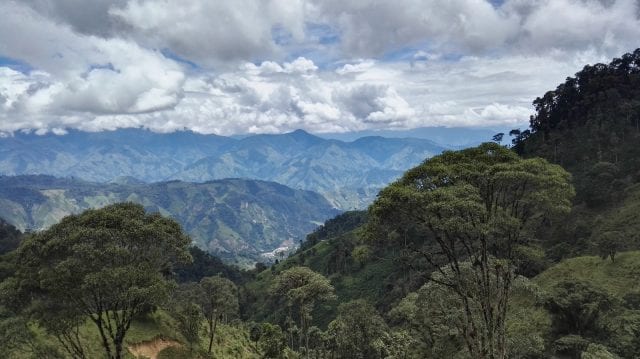 Colombia’s vast coffee industry offers a range of distinctive and freshly harvested coffees throughout the year. A high-acidity Nariño is not the same as a full-bodied Santander. Farm sizes in Caquetá are not the same as in Huila. The harvest season is not the same in Cauca as in Magdalena.

But no matter where it’s grown, Colombian coffee will always be in demand. And by understanding the differences between the coffee-growing regions, you can ensure you always get the best Colombian coffee for your needs.

Please note: This article has been sponsored by the Colombian Coffee Growers Federation.