A History of Chocolate Consumption Around The World

Chocolate hasn’t always been a sweet treat: over the past few millennia, it’s been a bitter brew, a spiced sacrificial drink, and a symbol of nobility. It’s sparked religious debate, been consumed by warriors, and farmed by slaves and children.

So how did we get from here to today? Let’s take a brief look at the history of chocolate consumption around the world. 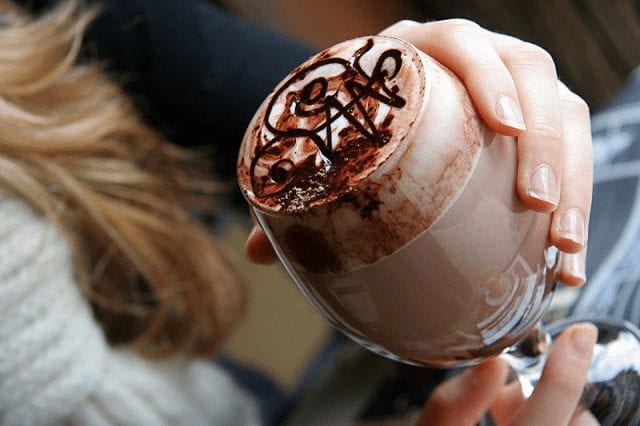 The Museu de la Xocolata in Barcelona records another variation of the Aztec myth, however, in which a princess’ husband charged her with protecting his land and treasure while away. When his enemies came, they beat the princess but she still wouldn’t reveal where his treasure was hidden. Quetzalcoatl saw this and turned her blood into the cacao tree, and that’s why the fruit is bitter, as “strong as virtue”, and reddish like blood. 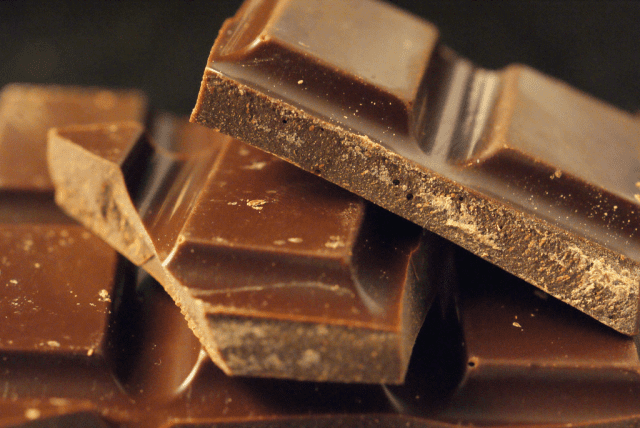 Cacao was traded and consumed throughout all of ancient Mesoamerica with, most famously, the beans also being used as currency. (According to History.com, a turkey hen would go for 100 beans in the 1500s.)

The drink – which was generally made out of ground and roasted cacao beans, chilli, vanilla, other spices, sometimes maize, and very rarely honey, before being frothed up – was bitter and invigorating. Forget a night-time cup of cocoa: this was a drink for warriors. And I mean that quite literally: Montezuma II, the last Aztec emperor, ruled that only warriors could drink it. (Although traditionally, the International Cocoa Organization reports that the Aztecs would also drink it at weddings.)

The Olmecs, one of the region’s earliest civilisations, have no written history but traces of cacao have been found in their pots. Later, the Smithsonian Mag reports that Mayans used the drink as “a sacred food, sign of prestige, social centerpiece, and cultural touchstone”.

Carol Off traces the Mayan relationship between cacao, gods, and blood in Bitter Chocolate: Investigating The Dark Side of The World’s Most Seductive Sweet, explaining how gods were depicted with cacao pods and even sprinkling their own blood on the cacao harvest. 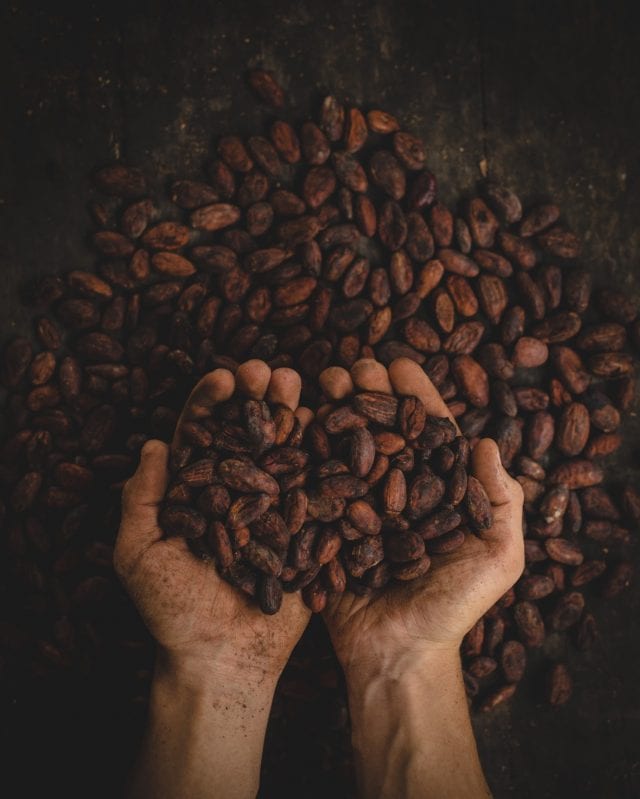 It’s worth mentioning that the way we view life and death is not necessarily the same way ancient Mayans viewed them, however. For example, the word “underworld” has associations with hell but some researchers believe ancient Mesoamerican cultures saw the underworld as a more neutral place.

In both Mayan and Aztec times, sacrifices were also given chocolate before they went to their deaths (Carol Off, Chloe Doutre-Roussel). In fact, according to The Telegraph, “in Aztec ritual, cacao was a metaphor for the heart torn out in sacrifice – the seeds inside the pod were thought to be like blood spilling out of the human body. Chocolate drinks were sometimes dyed blood-red with annatto to underline the point.”

Similarly, Amanda Fiegl in the Smithsonian Magazine writes that, for the Mayans and Aztecs, cacao was also tied to childbirth – a moment inextricably linked to blood, death, and fertility.

The early history of cacao consumption didn’t see chocolate as a tea-break treat or a guilty pleasure. For the Mesoamerican cultures growing, trading, processing, roasting, grinding, and then consuming this drink, it was a product with great religious and cultural significance.

Cacao beans and a chocolate bar.

When cacao came to Europe, however, things changed. It was still a luxury product, and it occasionally sparked religious debate, but it lost much of its association with life and death.

Stephen T Beckett writes in The Science of Chocolate that, although Columbus brought some cacao beans back to Europe “as a curiosity”, it wasn’t until the 1520s that Hernán Cortés introduced the drink to Spain.

And it wasn’t until the 1600s that it spread to the rest of Europe – often through the marriage of Spanish princesses to foreign rulers. According to the Museu de la Xocolata, one French queen kept a maidservant especially trained in chocolate preparation. Vienna became famous for hot chocolate and chocolate cake, while in some European countries people began to serve it with ice cubes and snow.

European styles during this period could be roughly divided into two traditions: the Spanish or Italian style where hot chocolate is thick and syrupy (thick chocolate with churros) or the French style where it’s thinner (think of your standard hot chocolate in most countries).

Milk was added to the concoction, which was still in liquid form, in either the late 1600s or early 1700s (sources debate whether it was by Nicholas Sanders or Hans Sloane, though whoever it was, it appears that England’s King George II approved).

Eventually, chocolate joined coffee and tea in having dedicated drinking establishments: the first chocolate house, The Cocoa Tree, opened in England in 1654. 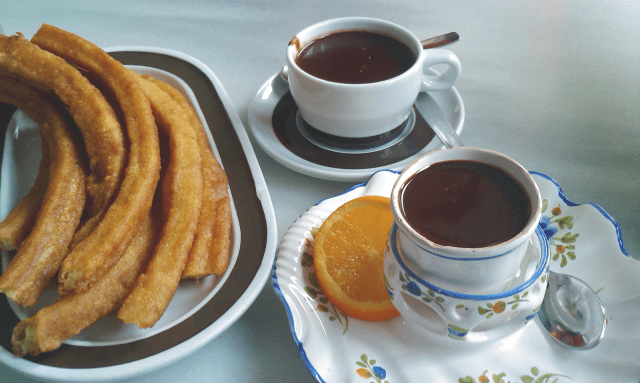 Yet despite chocolate’s popularity among Europe’s elite, the drink still spurred debate.

According to the Museu de la Xocolata, Spanish convents were unsure whether it was food or chocolate – and therefore whether it could be consumed during fasting. (Beckett says that one pope ruled that it was okay to consume since the drink was so bitter.)

Initially, William Gervase Clarence-Smith writes in Cocoa and Chocolate, 1765–1914, Protestants “encouraged chocolate consumption as an alternative to alcohol”. Yet as the Baroque era ended in the late 1700s, backlash began, with the drink being associated with “the idle clergy and nobility of Catholic and absolutist regimes”.

During this period, there was civil unrest and upheaval across Europe, from the French Revolution to the Peasants’ War. The English Civil Wars, which saw Catholics and monarchists fighting Protestants and Parliamentarians, had ended shortly beforehand. The differences between how chocolate and coffee, or chocolate and tea, were perceived represented these social tensions. 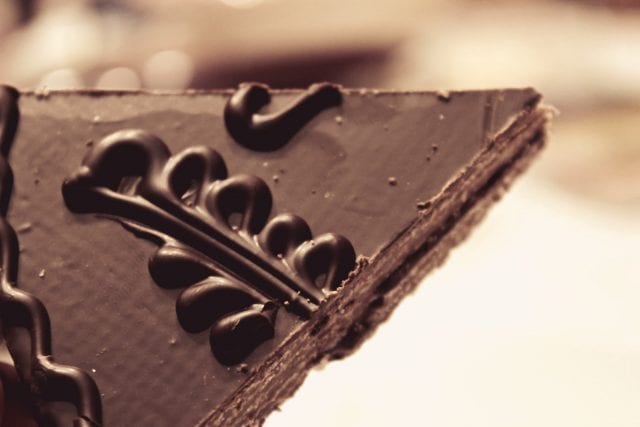 Meanwhile, in Latin America, chocolate consumption remained a staple of everyday life. Clarence-Smith writes about how the majority of the region consumed chocolate regularly. Unlike in Europe, he explains, it was commonly consumed, especially among poorer communities.

Chocolate was drunk up to four times a day. In Mexico, mole poblano was poultry cooked in chocolate and chilli. In Guatemala, it was part of breakfast. Venezuela drank an estimated one-quarter of its cocoa harvest every year. Lima had a guild of chocolate-makers. Many Central Americans continued to use cacao as currency.

However, unlike the coffee and tea trades, chocolate struggled to make inroads through Asia. While it was popular in the Philippines, Clarence-Smith writes that elsewhere it failed to convert drinkers. Tea was more popular in Central and East Asia, North Africa, and what was then Persia. Coffee was favoured in Muslim countries, including much of South and Southeast Asia. 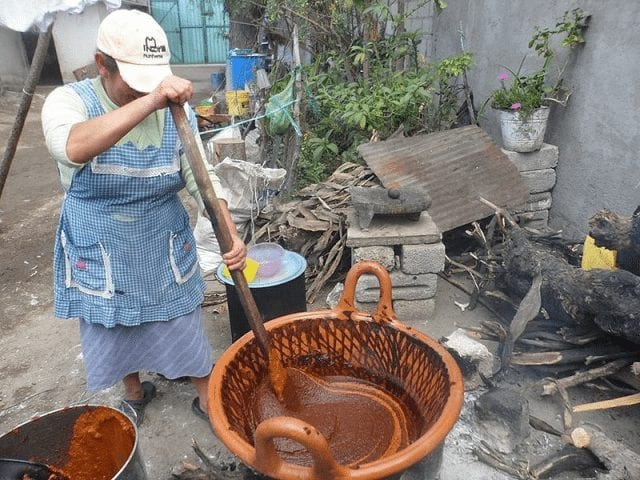 From Courts to School Yards

Over in Europe, as the nineteenth century arrived, chocolate finally began to lose its elite reputation.

Mechanical chocolate workshops have existed since 1777, according to the Museu de la Xocolata, when one opened in Barcelona. Yet while chocolate was now being produced on a grander scale, the labour-intensive work it took and the high taxes across Europe still kept it a luxury product.

This all changed, however, with the cocoa press, which opened the way to large-scale processing. In 1819, Switzerland began producing large chocolate factories and then in 1828, cocoa powder was invented by Coenraad Johannes van Houten in the Netherlands. This allowed J. S. Fry & Sons in England to create the first modern-day edible chocolate bar in 1847 – which they made using steam engine technology. 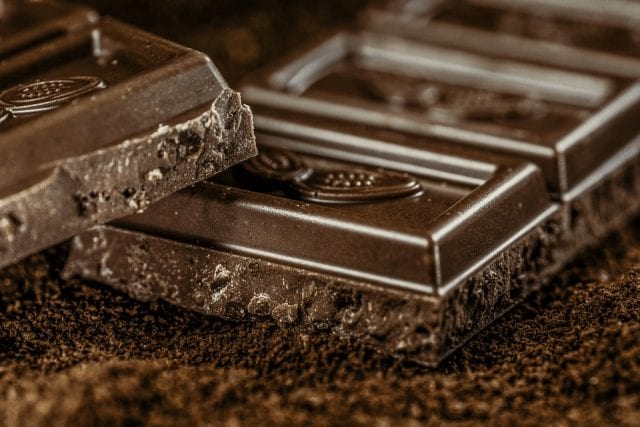 Soon afterwards, Beckett writes that Henry Nestlé and Daniel Peter added condensed milk formula to create the milk chocolate that is today popular across the world.

At this point in time, chocolate was still gritty. However, in 1880, Rodolphe Lindt invented the conche, a tool to create smoother and less astringent chocolate, according to Beckett. Conching remains a major stage in the chocolate production to this day.

Companies like Mars and Hershey soon followed, and the world of commodity-grade chocolate had arrived. 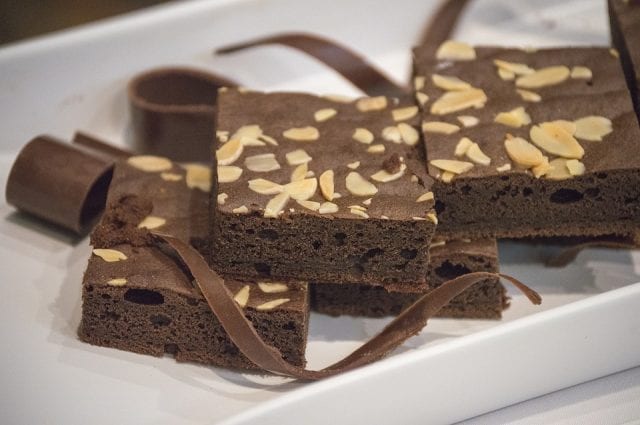 Yet greater consumption levels necessitated greater production, and Europe often drew on its empires to feed its chocolate-craving citizens. Like many commodities of this period, slavery was intrinsic to the supply chain.

And over time, the chocolate consumed in Paris and London and Madrid became, not Latin American and Caribbean, but African. According to Africa Geographic, cacao came to the continent by way of São Tomé and Príncipe, an island nation off the coast of Central Africa. In 1822, when São Tomé and Príncipe was a colony of the Portuguese Empire, Brazilian João Baptista Silva introduced the crop. During the 1850s, production increased – all as a result of slave labour.

In Chocolate Nations: Living and Dying for Chocolate in West Africa, Órla Ryan writes, “In 1895, world exports totalled 77,000 metric tonnes, with most of this cocoa coming from South America and the Caribbean. By 1925, exports reached more than 500,000 tonnes and the Gold Coast had become a leading exporter of cocoa.” Today, the West Coast remains the largest producer of cacao, responsible for 70–80% of the world’s chocolate.

Clarence-Smith tells us that “cocoa was mainly grown by slaves on estates in 1765”, with “coerced labour… fading away by 1914”. Many would disagree with the last part of that statement, pointing to continuing reports of child labour, human trafficking, and debt bondage. Moreover, there is still great poverty among cacao-producing communities in West Africa (many of which, according to Ryan, are small-holders). 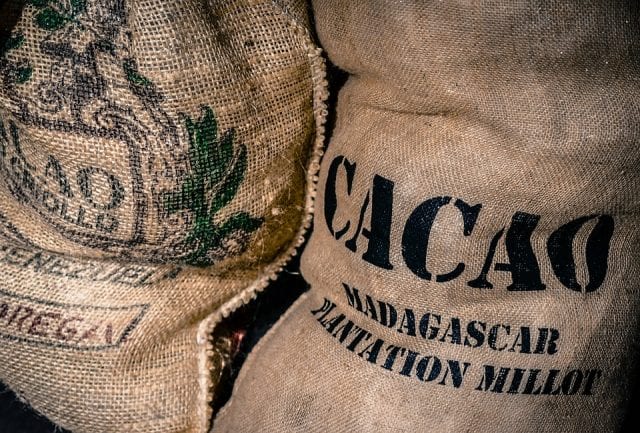 The Emergence of Fine Chocolate & Cacao

Commodity-grade chocolate dominates the global market today, yet fine chocolate and cacao is also emerging. A dedicated market segment is paying premium prices for high-quality chocolate that’s in theory more ethically produced. These consumers expect to taste the differences in origin, variety, and processing methods. They care about phrases such as “bean to bar”.

The Fine Cacao and Chocolate Institute, founded in 2015, is drawing inspiration from the specialty coffee industry in creating chocolate and cacao standards. From tasting sheets and certifications to the debate over what “fine cacao” means, the industry is taking steps towards a more regulated industry that prioritises sustainable quality.

Chocolate consumption has changed a lot over the past few millennia – and no doubt will continue to change in the future.