Every culture has its craft. There’s Japanese washi paper, Indian silks, and Persian rugs. When it comes to Yemen, there’s coffee.

Whereas a country can trade and export just about anything, its craft is what reflects the passion, life, and history of the land. In Yemen, few things better adequately reflect the singularities of this country than the unique history of its coffee trade and the ancestral resilience of its coffee farmers. 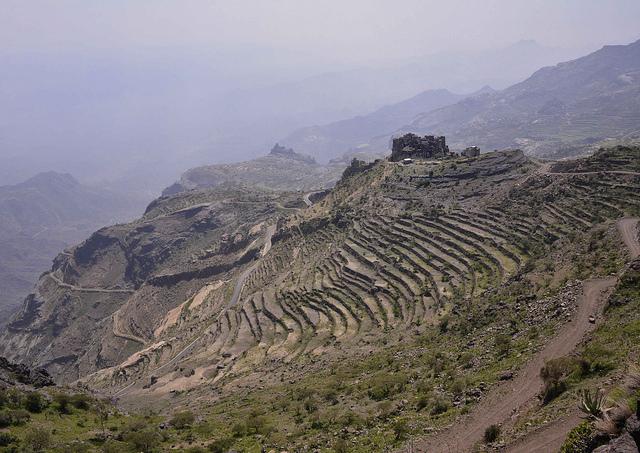 Coffee’s Roots in a Dramatic History

Ask who has the bigger claim on coffee’s origin, Yemen or Ethiopia, and you are sure to spark passionate responses. While it seems that the plant emerged in Ethiopia, it’s also apparent that the drink matured in neighboring Yemen.

The history of coffee dates back centuries, and tracing its roots means an investigation through murky records and fantastical myths. However, we know that by the time of the 15th century, Sufi monks in Yemen had begun cultivating, drinking, and producing coffee for trade. Over time, the Yemeni refined their utilization of Yemen’s unique climate and terrain to produce a distinct and flavorful coffee.

However, great things seldom sneak into the world quietly and unnoticed. Yemeni coffee would soon become the center of economic, historical, and cultural shifts still reverberating throughout the world today.

Coffee represented a focal point for trade, social interaction, and even religious piety. Its consumption led to the birth of coffee shops, a new export for Yemen, and even a powerful stimulant to fuel Muslim monks during their prayers. However, the effects weren’t always positive, and Yemeni coffee would also bear the brunt of controversial bans, be a spoil of war, and even inspire heist and espionage. 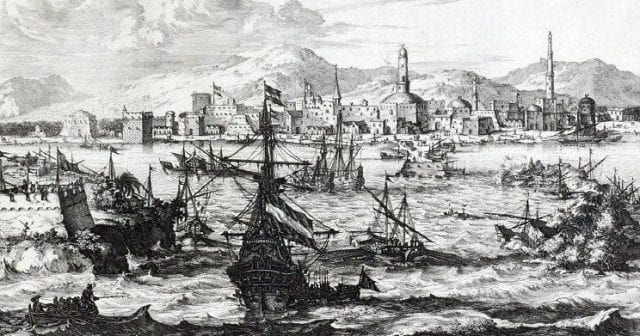 The Yemeni port of Al-Makha as engraved by Olfert Dapper in 1680. Public Domain

The dramatic contribution of Yemen’s coffee to world history is best told through its iconic port town of Al-Makha. Under the umbrella of the Ottoman Empire, Yemen fine-tuned and cautiously guarded their precious caffeinated commodity. Thanks to their unwillingness to sell live coffee plants or seeds, they established a global monopoly on the coffee trade centered around this sleepy port.

Coffee from Al-Makha began to be referred to simply as Mocha coffee, a name originally having little to do with the chocolatey coffee drink you can buy today. (Mocha is also used to refer to a coffee variety originating from Yemen, one that the SCA describes as “genetically very close to Bourbon.”)

However, Yemen couldn’t guard its secrets forever: Dutch traders eventually managed to get their hands on a live coffee plant. Within a few decades, plantations had begun to spring up outside the borders of Yemen and the Ottoman Empire. The connection of Al-Makha port to the Indonesian island of Java also resulted in one of the world’s oldest and most well-known coffee blends, Mocha Java.

And as coffee production across the world increased, Yemen’s monopoly on the trade, as well as the city of Al-Makha, slowly faded. 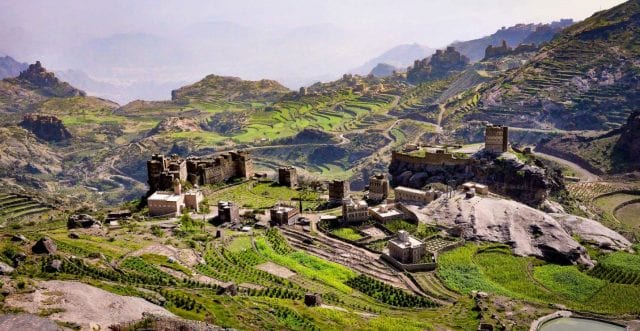 Even with the rest of the world eventually catching up to Yemen in terms of coffee cultivation and production, Yemen has quite impressively maintained renown in the world of specialty coffee. There’s a wild and distinctive flavor that’s unique to its beans and continues to entice drinkers.

Perhaps this can be attributed to the fact that, even though centuries have passed since Al-Makha faded, Yemeni farmers are still going about their work today as if nothing has changed over the last 400 years.

A trip to a Yemeni coffee farm in 2017 would very well leave you feeling like you’ve stepped back in time. There’s no debate of manual vs mechanized harvesting. For them, the only way appropriate for the coffee sprouting on Yemen’s jagged mountaintops is 100% all-natural selective harvesting and dry processing.

There’s a saying among Yemeni farmers that translates to something along the lines of ‘You must care for the coffee as you care for a child.’ Visit their farms and you’ll see the truth of this proverb.

Atop high-altitude agricultural shelves carved into the mountainsides, farmers carefully foster their coffee with an intimate delicacy handed down from generations past. Whether they’re incubating seeds in ash in order to reduce moisture before planting, burning weeds on Saturdays to kill insects, or using their local livestock to supply organic fertilizer, you’ll notice a lack of chemicals and a surplus of hands-on care and precision. 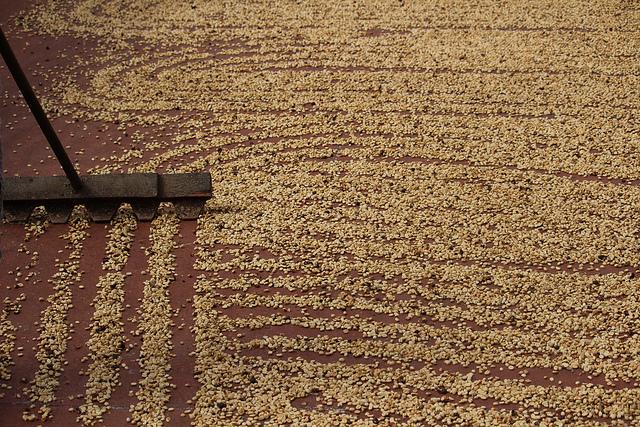 Drinking a cup of Yemeni coffee is special. It’s a caffeinated pick-me-up, a step back in time, and a culturally enlightening craft all at once.

Even now, the world of Yemeni coffee is shifting, growing, and persevering amidst a catastrophic civil war and humanitarian crisis, and it goes without saying that a lot hangs in the balance concerning the future of Yemeni coffee.

However, the passion that fuels the Yemeni coffee craft remains. It burns brightly as Yemeni  coffee farmers and entrepreneurs pour their hearts into the craft of their country’s past – in the optimism of a gifted future.