A Brief History of Coffee Consumption

How did humans create coffee? Why? And how did we end up here, with world coffee championships and an industry worth US $30 billion in exports every year (OEC, 2015)?

Oh, and for that matter, what even is first, second, third, and fourth wave coffee?

If you’ve ever wondered about these questions, get ready to find out the answers. I’m going to take you through a very brief history of coffee consumption, from the 1400s through to today. 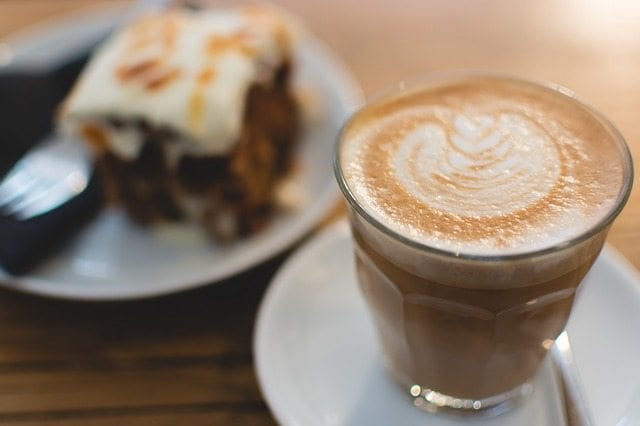 It’s hard to trace the consumption of coffee back to its first discovery. It seems to have emerged somewhere in Africa and the Middle East, perhaps as a form of medicine or stimulant. However, the only thing we can say for sure is that, in the 1400s, it was being brewed in Sufi monasteries.

Traditional coffee consumption in the Middle East used coffee to welcome guests and as a backdrop to negotiations. It was often a ritualised experience that took place in the home.

During the Ottoman Empire, coffee also started to be sold at marketplaces before becoming favoured at court. From there, the coffee house emerged.

And as coffee spread to Europe – and then, through European imperialism, further around the world – its association with politics, male social circles, and liberal thought solidified.

From Sweden to Colombia, the ruling classes developed anxieties that the drink was a front for fomenting political and social unrest. Religious leaders, too, saw the café as a place of dangerous thought: in 1702, ministers in Salem mocked the “learned witlings of the coffeehouses” for doubting that witchcraft might exist.

These attitudes continue up to the 1800s, when coffee culture started to resemble modern-day coffee consumption. 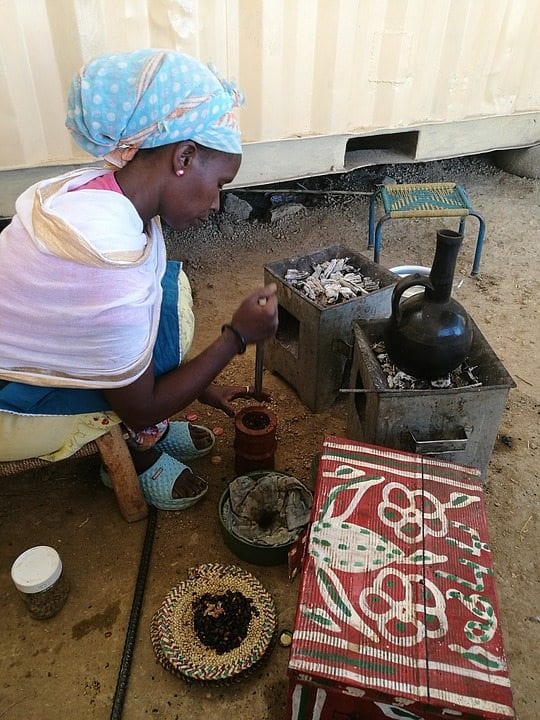 A woman makes coffee in the traditional Ethiopian method.

The first wave of coffee is marked by its increasing availability. While coffee used to be a drink of the elite, whether they were royalty or simply intellectuals, the first wave brought it into the kitchen.

SEE ALSO: Step Back in Time with Some Sexist Instant Coffee COMMERCIALS

During the 1800s, Folger’s and Maxwell House opened up shop. Both instant coffee and the percolator, a coffee-maker that remained in wide use until the 1970s, were also invented this century.

Then, in the early 1900s, the espresso machine appears – and shortly after that, Nescafé and freeze-dried instant coffee do as well. While instant had already existed, freeze-drying technology allowed it to stay good for longer, making it both easier and cheaper to transport over long distances.

SEE ALSO: VIDEO: How Is Instant Coffee Made? 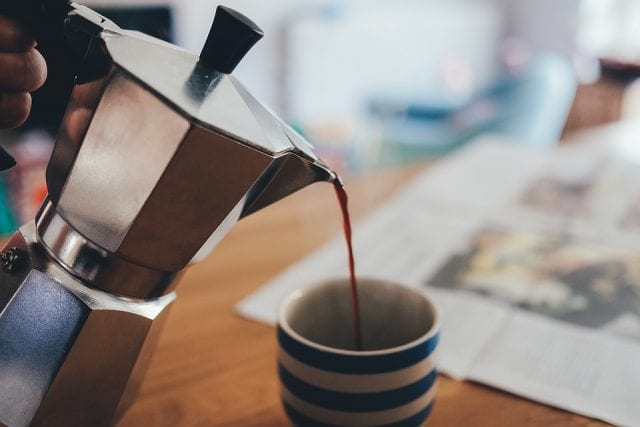 Coffee brewed in a moka pot, which was invented in 1933.

The second wave is marked by an increasing concern over coffee quality and the specialty experience.

Starbucks was founded in 1971, in 1974 Erna Knutsen used the phrase “specialty coffee” in Tea & Coffee Trade Journal, and in 1982 the Specialty Coffee Association of America was founded.

This movement was also shaped by the Colombian coffee icon of Juan Valdez, who first appeared in the late 1950s. A fictional character created by the country’s national coffee association, FNC/Café de Colombia, for their marketing campaigns, he became famous across the US. His role was to remind people that some coffees really do taste better than others. 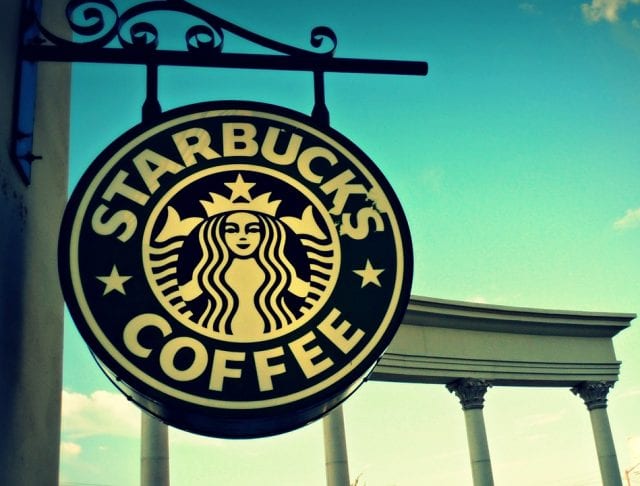 As a coffee producer, however, Juan Valdez didn’t just pre-empt second wave coffee; his invention also heralded the eventual arrival of third wave coffee. But it wasn’t until 2002 that Trish Rothgeb declared it was here.

With the third wave comes a focus on the story behind the cup. The coffee variety, country of production, terroir, processing method, roast profile, brewing method… Consumers started to realise the impact that all this can have on the taste of the final coffee. On some coffee farms, experimental processing methods also emerged in an attempt to cater to this new, more discerning type of consumer.

That isn’t to say that all third wave coffee was based on new technology: the Chemex, for example, was invented in 1941. However, there was a new interest in complexity, more acidity, and how to manipulate brewing to taste the unique flavours of the coffee beans themselves.

What’s more, coffee got competitive. The Best of Panama and Cup of Excellence appeared in the late ‘90s, while the first World Barista Championship took place in 2000. The idea of elite coffee varieties really appeared in 2004, after a Panamanian Geisha sold at auction for US $21/lb – rising, in later years, to US $350.25/lb.

SEE ALSO: What Is “Third Wave Coffee”, & How Is It Different to Specialty? 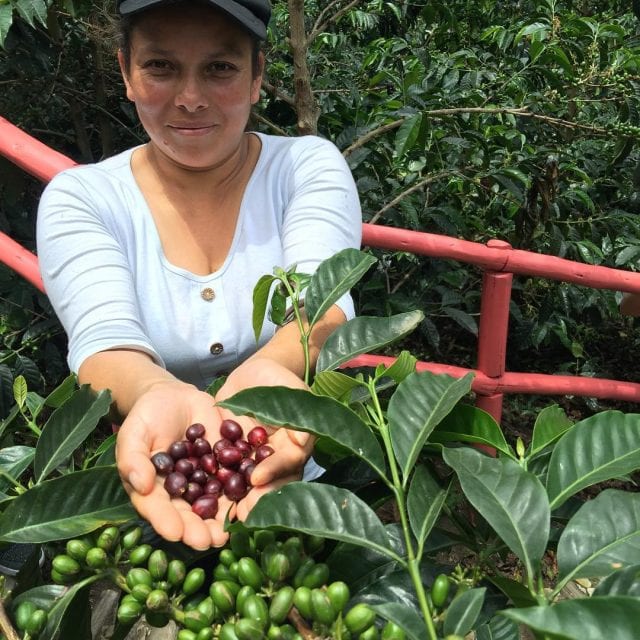 Is There a Fourth Wave?

The term “fourth wave” is a divisive one: some believe it doesn’t exist beyond marketing. Others argue that it could be used to indicate a drive towards greater use of technology and science in coffee brewing.

For now, however, most people consider us to still be in the third wave of coffee. 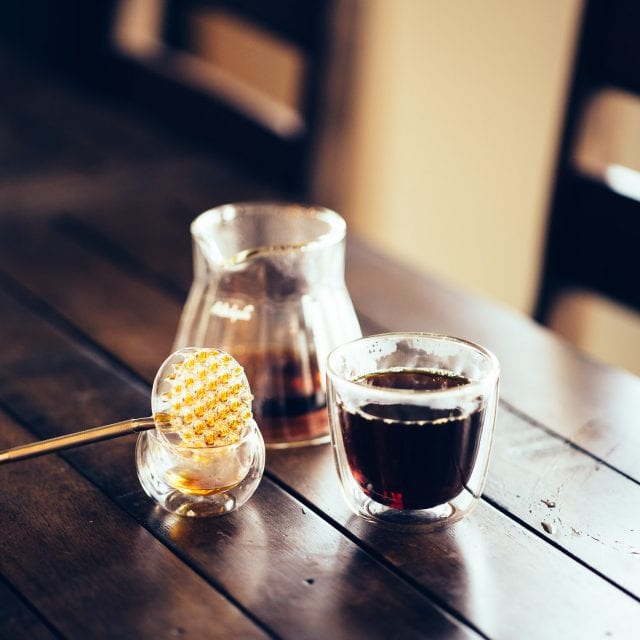 Coffee being brewed with a Melodrip, a tool to control water flow and extraction. Credit: Michael Flores

So there you have it – a very brief 600-year history of coffee consumption. Here’s to the next 600!