Coffee Varieties: What Are F1 Hybrids & Why Are They Good News?

Coffee hybrids have the potential for high-quality cup scores, rust resistance, and greater productivity. But what actually are they? Why are they so important to the coffee industry? And does that mean it’s time to say goodbye to our Bourbons and Typicas?

We reached out to Dr José Campos, Senior International Consultant and Chairman of the Board of Trustees of the Center for International Forestry Research (CIFOR), and William Solano, Genetics Resources and Agrobiodiversity Specialist of the Tropical Agricultural Research and Higher Education Center (CATIE) in Costa Rica. They agreed to answer all our questions about hybrids. 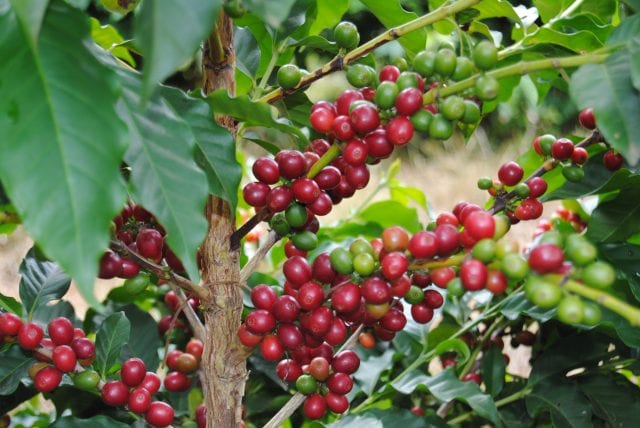 Coffee hybrids have the potential to produce a great cup. Credit: Julio Guevara

Before we look at hybrids, let’s take a brief look at what coffee species and varieties are. Coffee has 125 species. However, nearly every coffee served in a café or sold in a supermarket is Arabica, Robusta, or a blend of the two.

Arabica is the most commonly consumed species, known for its high-quality flavors and aromas, but it is also the most vulnerable to disease and pests. Robusta, on the other hand, is much hardier and, well, robust. It also contains more caffeine. However, it is generally considered to be more bitter than Arabica (although some make the case for Fine Robusta in the specialty industry).

It is Arabica that dominates the specialty coffee industry. This species can also be divided into varieties, with different flavor profiles, hardiness, yield, and ideal growing environments. 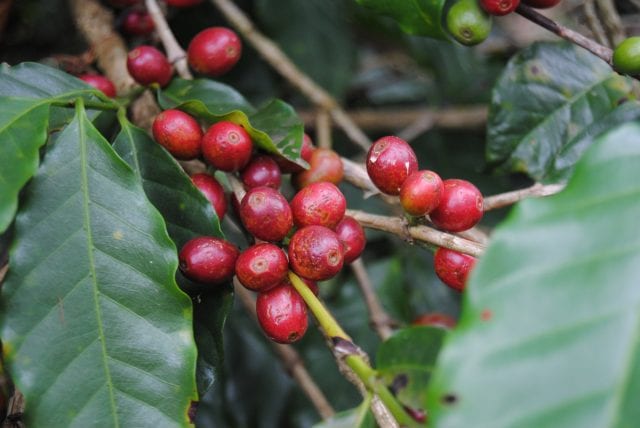 Arabica coffee lacks diversity – and this is a problem.

The species’ different varieties should add genetic variability. Yet it actually has a worrying 98.8% genetic similarity. To put this into context, crops such as rice and soy have only 70–80% similarity. This makes Arabica much more vulnerable.

If a race of leaf rust can affect one particular variety, it is likely to affect other similar ones. For this reason, many coffee leaf rust resistant coffee varieties are Catimors. These are a cross of the Arabica variety Caturra and Timor Hybrid, which is itself an Arabica-Robusta cross. The Robusta adds hardiness, diversity, and rust resistance. However, it also means that specialty coffee buyers can be wary of the quality of these varieties.

Add the impact of climate change to the picture, and without action being taken we could potentially witness the slow extinction of Arabica. 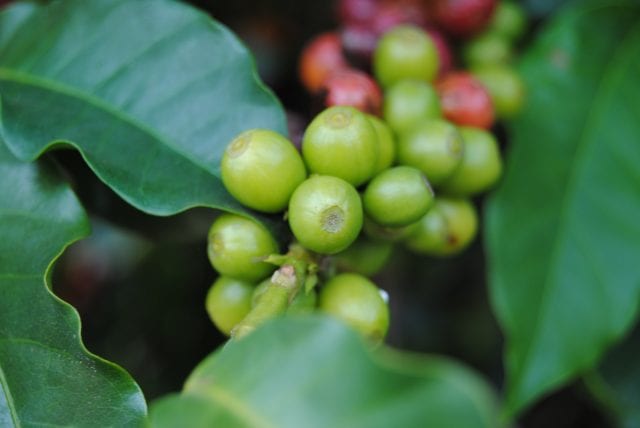 Why Is Arabica Lacking in Diversity?

Ethiopia, the birthplace of coffee, has the greatest range of Arabica varieties. In fact, last year, Kew Gardens established that the country holds 95% of coffee’s genetic resources.

Many of these varieties grow wild in Ethiopian forests. If you see “Ethiopian Heirloom” on a bag of coffee, it probably means it grew wild or in a lightly cultivated garden.

You’ll also find cultivated indigenous varieties, such as the delicate and highly prized Gesha/Geisha, originally from Ethiopia but now associated with Panama.

However, most Arabica coffee varieties are either Typica, Bourbon, or descendents of them. 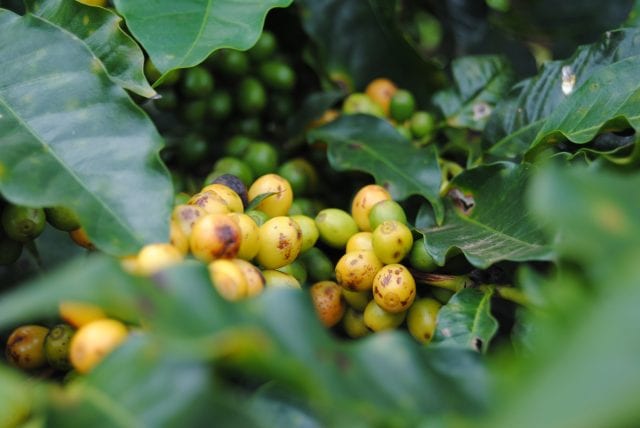 Can Hybrids Offer a Solution?

Traditional Arabica varieties are either a product of fortunate and naturally occurring mutations, or ones that are orchestrated by humans in agricultural settings (also called “cultivars”).

However, given that the current varieties – whether they are cultivars or not – lack diversity and are often vulnerable to rust, attention has turned to F1 hybrids. These are varieties mass-propagated in laboratories. Researchers have the ability to cross diverse varieties of coffee in an attempt to create the desired qualities.

I ask Dr. José Campos, Senior International Consultant and Chairman of the Board of Trustees of the Center for International Forestry Research (CIFOR), previously General Director of the Tropical Agricultural Research and Higher Education Center (CATIE), about how coffee hybrids are produced. He tells me, “The result can be created in a short time, and only by asexual reproduction.

“Hybridization is an effective way to achieve greater improvements in yield, quality, and appearance… [Hybrids] can support regions suffering from drought or frequent rainfall.”

William Solano, a Genetic Resources and Agrobiodiversity Specialist at CATIE, adds that F1 hybrids are often stronger and healthier than those reproduced naturally. While it’s not impossibe for natural varieties to have the same level of diversity, and therefore the same hardiness, as F1 hybrids, it is less likely. This, William says, gives F1 hybrids the ability to survive in adverse environmental conditions. 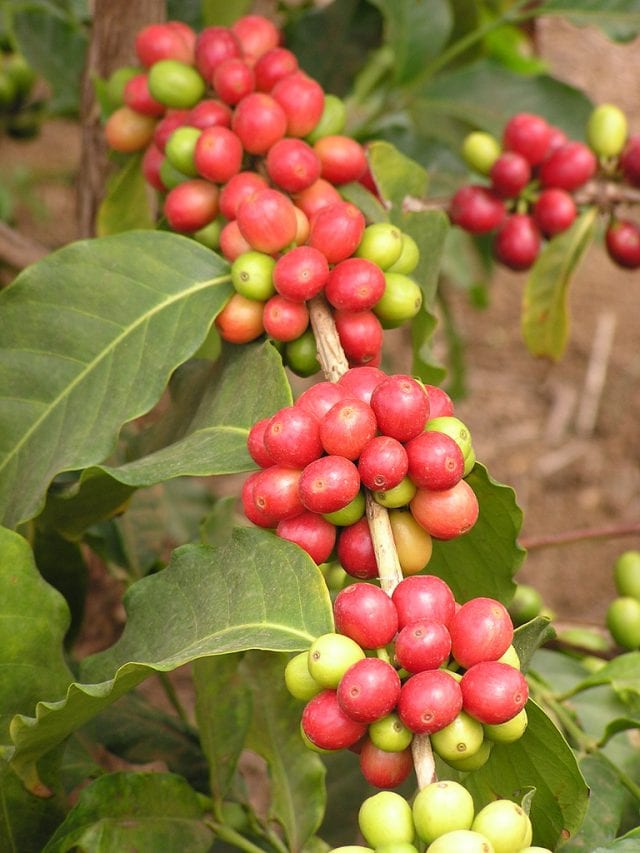 A Typica coffee tree, part of the Arabica species, with cherries. Credit: Scot Nelson via Flickr, CC BY 2.0

Can We Engineer The Perfect Coffee Plant?

Talk of “engineering” the perfect plant is a little misleading: researchers cannot visualize a hybrid and then create it. What they can do, however, is cross plants with traits they would like a new variety to possess.

Solano tells me that research centers, including CATIE and World Coffee Research (WCR), have collaborated on a genetic improvement program. The aim was to enlarge the genetic base of Arabica. The method: crossing commercial varieties like Caturra, Catuai, and CR95 with materials from wild coffee in CATIE’s collection. (Remember all those wild varieties grown in Ethiopia?)

The team succeeded in developing 100 F1 hybrids. Of these, 20 were selected and reproduced via biotechnology. The next stage was 6–7 years of field research to further narrow down which of those hybrids should be made commercially available. The team was looking for high productivity, good rust resistance, and high cup quality.

Recently, five of those 20 hybrids were released in Central America. There are also plans to test them in parts of South America, Africa, and Asia in the near future.

So far, the hybrids have proven successful. Centroamericano recently made headlines for scoring 90.5 points in the Nicaraguan Cup of Excellence – an exceptional result, and one that is promising for the future of F1 hybrids. Centroamericano is a cross between the Ethiopian landrace variety Rume Sudan and a rust-resistant variety called T5296. As well as having the potential for high-quality coffee, it’s high yielding and rust-resistant. 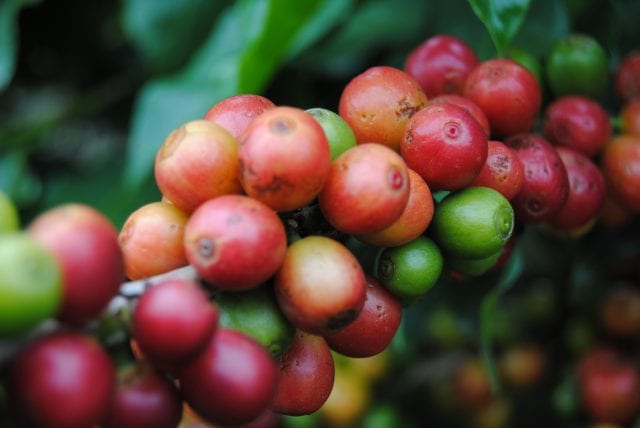 Hybrids can be engineered to be high-yielding. Credit: Julio Guevara

SEE ALSO: Bourbon vs Caturra: What’s a Variety & Why Should I Care?

Are Hybrids “Better” Than Standard Varieties?

Hybrid varieties certainly sound like the perfect option. Solano and Campos tell me that most of these coffees are superior, with disease-resistance and an extraordinary cup quality. The taste and aroma are delightful compared to many traditional varieties. And in Costa Rica, some F1 hybrids can have double the productivity of the widely planted Caturra and Catuai.

However, a coffee’s quality depends on many factors. The altitude, distance from the equator, and temperature can all affect how fast the cherries ripen – and the slower they ripen, typically the better the flavor. The soil can provide nutrients that lead to healthier coffee trees, and therefore better coffee beans: volcanic soil, for example, has lots of nitrogen.

And, of course, different coffee plants are suited to different environments. For example, WCR recommend Centroamericano at up to 1,5000 m.a.s.l. Other varieties are suitable at even greater heights.

The planting, harvesting, and processing methods used can also ensure quality, e.g. if a producer only picks ripe cherries and dries them on raised beds. Specific processing methods can then highlight different aspects of the cup profile: natural or honey processing can accentuate sweetness, while washed processing can lead to great cleanliness and brightness. Certain coffees, and certain regions, can be better suited to some methods than others.

And Pedro Gomez, Barista Instructor at Colombia’s National Service of Learning (SENA), reminds me that ultimately the consumer decides how good their drink is. Not all customers have the same tastes in coffee. 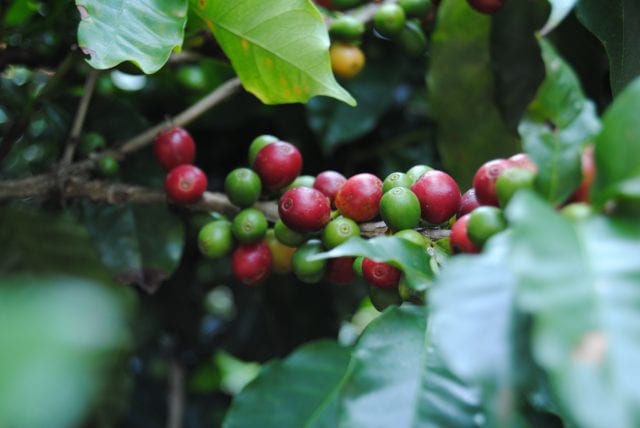 Coffee hybrids aren’t about to replace traditional varieties and cultivars. There are many reasons why producers might choose to produce non-hybrid crops on their farm, and consumer interest in coffees like Gesha/Geisha, Bourbon, and Caturra will continue.

However, F1 hybrids are an exciting development in a coffee industry facing poor genetic diversity, climate change, coffee leaf rust, and more. You can expect them to become even more talked about in the future.