How to Select The Best Milk For Coffee Foam & Latte Art

The stiff quiff of foam on the top of a flawless cappuccino doesn’t happen by accident. Nor does the strata of colour in a freshly poured latte. They’re there because of two things: the barista’s skill, and the quality of the milk used.

A poor-quality milk will lead to limp froth and foam that does the Houdini, disappearing before the drink has even made it to the customer. And just as the birthplace of the beans can dramatically change the way a coffee tastes, the origin of the milk can be the difference between a perfect cup and one that’s fast forgotten.

So I spoke to Joao Almeida, three-time UK Barista Championship finalist and the founder of Barista Lab Milk. Here’s what he had to tell me about selecting the best milk for coffee. 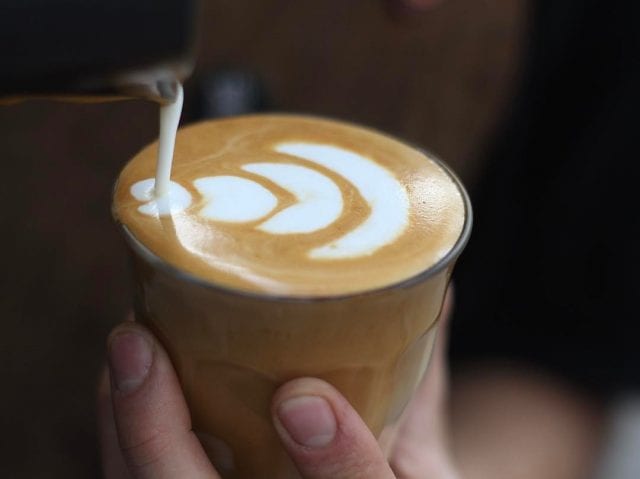 Every farm produces milk with a different fat and protein content and grade of sweetness. The milk’s exact qualities all depend on what the dairy cows eat, the conditions they are kept in, and how the milk is treated after it’s been collected.

There’s a science behind which types of milk are best for baristas, Joao tells me. Researcher Morten Münchow discovered that Jersey cows produce the best milk for texturing. This is because their milk has high levels of protein, sugar, and butter fat.

As a result, Jersey milk has become prized among artisanal cheese and ice-cream makers – although low-cost companies tend to avoid them, because they produce a lower volume of milk.

It’s not just about the breed, either: free range farming and unhomogenised milk are also associated with better quality. 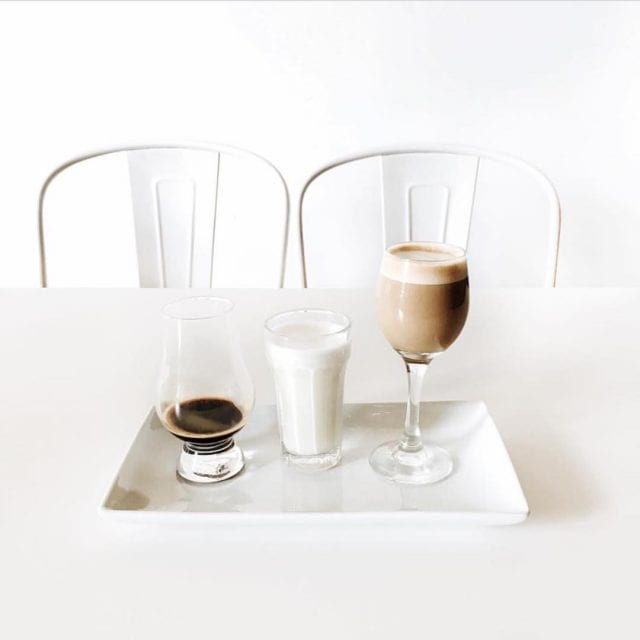 What makes up your milk?  Credit: alysouv

Let’s have a look at what actually happens when we steam milk. This process involves introducing hot water vapour (250–255 °F, 121–124 °C) into cold milk (40 °F, 4 °C) until it reaches the ideal temperature for a “perfectly steamed latte”. The process sounds simple enough – but there are a host of variables that need to be considered.

Most importantly, different milks require different amounts of steaming time. And it’s important to get this right: too high a temperature can lead to scalding. This kills bacteria and denatures enzymes, causing curdling (which is denatured milk proteins clumping together).

It’s  not just steaming time that is affected, either. Since different types of milk have different molecular compositions, they also require different steaming temperatures. 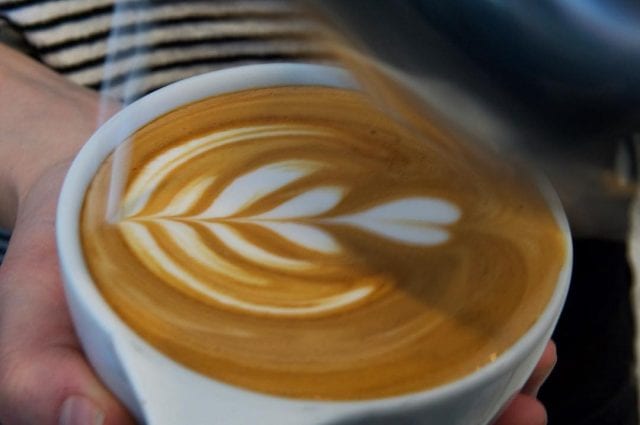 The right temperature is key to get a perfect latte. Credit: Huckleberry Roasters

Why Are Some Milks Different to Others?

Proteins make up around 3.3% of milk, with skimmed and semi-skimmed milk having a greater ratio of them to carbohydrates and fat. This protein content can in turn be broken down into two main types, casein and serum.

The potential chemical composition of a particular milk.

Serum, or whey proteins, contain the majority of the nine essential amino acids. They can be coagulated and/or denatured by heat, giving cooked milk a distinct flavour.

Caseins, on the other hand, form something called “micelles”. When steaming, the injected air bubbles disrupt these micelles. The molecules then encompass the air bubbles, protecting them from bursting and creating foam.

The takeaway: the different protein content of different milks affects each milk’s ability to maintain that frothy foam decorating your latte. You should know that whole milk results in a thicker, creamier foam, while skimmed milk results in more foam and larger air bubbles.

Lactose is the carbohydrate component of milk – a disaccharide composed of D-glucose and D-galactose. There are two forms of lactose present in an equilibrium mixture due to mutarotation, α-lactose and β-lactose. β-lactose is the more stable form, and also the sweeter form of the two.

When you steam milk past a temperature of 100 °C, this causes “browning” (the Maillard reaction). At this point, the lactose and milk proteins – mostly caseins – form what is known as an Amadori product.

As the reaction continues, the Amadori product can undergo dehydration and oxidation reactions. It’ll lead to a loss of nutritional value, and unappealing flavour compounds in the milk. In other words, avoid over-steaming. 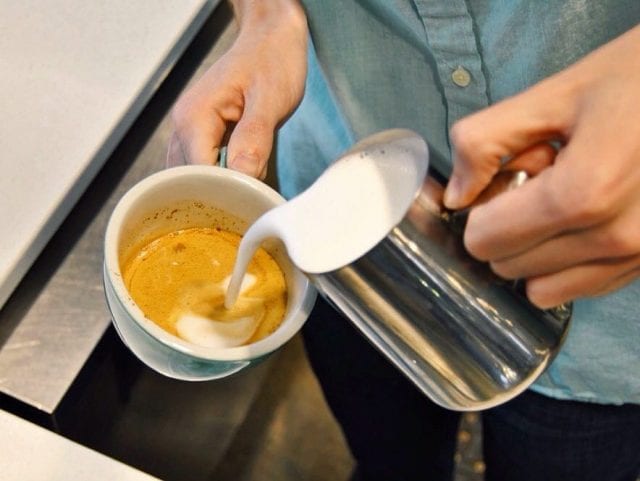 The last main constituent of milk is the milkfat. This exists as globules in the milk. Over 98% of it is fatty acids of different types, including saturated, monounsaturated, and polyunsaturated fatty acids.

Like protein, these fat molecules can stabilise the formation of foam by surrounding the air from the steam wand and entrapping it in a bubble.

Higher fat content will lead to more stable foam at temperatures below room temperature, while milks with lower fat contents (like skimmed milk) are better at stabilising foam at higher temperatures. This could be due to the reduced surface tension of the fat along the air bubble surface, itself a result of an increase in fat percentage.

Heating up these fat molecules doesn’t just affect foam texture. When heated or steamed, the fatty acids also participate in chemical reactions, such as oxidation reactions. In turn, this can give rise to an undesirable flavour.

The moral of the story is that each component of milk contributes to its ability to froth and foam, and steaming influences each of these components. 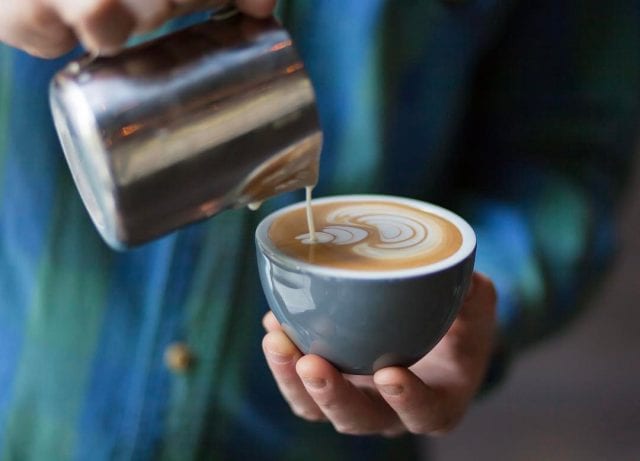 All this means that, if we want good-quality milk, we need to ask about the farm (just like with our coffee beans). We should know which breed of cows the milk comes from, what those cows are being fed, if they’re free range, and more.

“I started to think about coffee with a conscience,” Joao tells me. “It’s about good milk that does good. Baristas get the best quality milk and farmers get a better price for their hard work.”

He gives Rowley Farm as an example, one of the places he sources Barista Lab Milk from. Run by the Whitby family, John Stephen and Lilles, it’s one of the last dairy farms in south Buckinghamshire. It has 200 Jersey cows, which graze close to the farm’s arable crop fields of wheat and barley.

High-quality feed like this, Joao tells me, makes “a world of difference to the end produce. It’s the raw material the cow uses to produce the milk – better feed makes better milk”. What’s more, the freedom to roam the farm leads to better welfare, which also leads to better milk.

Rowley Farm is also a member of the charity LEAF (Linking Environment & Farming), which assists farmers in making their practices as sustainable as possible. 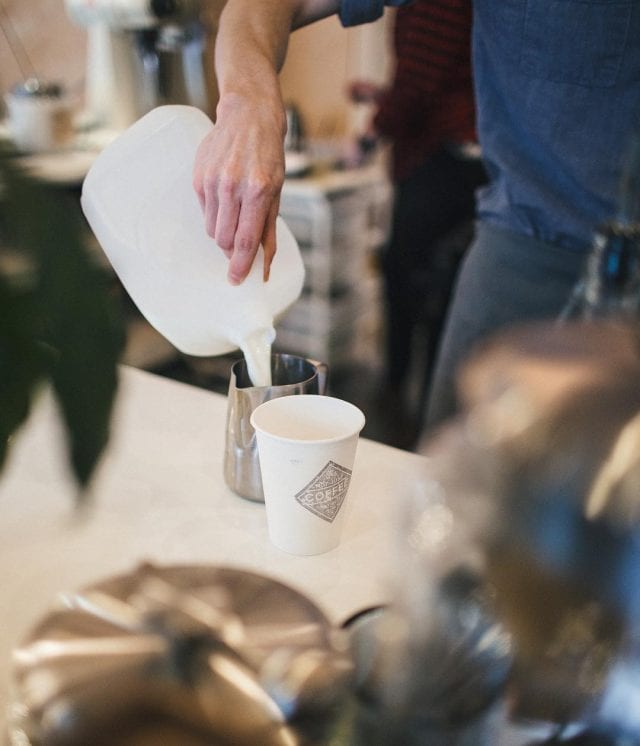 Good-quality milk is just as important as good-quality coffee. Credit: Not Just Coffee

Coffee origin – it’s a subject that’s paid some serious lip service every day around the world. Customers often swear allegiance to a certain single origin bean. Most baristas could write a dissertation on the way the provenance of a specific coffee and how it was farmed affect everything from aroma to sweetness.

But while the bean has taken centre stage in the great origins debate, another has been waiting in the wings. It’s time to start talking about how different cows, and different dairy farms, affect the milk in your coffee.

Please note: Barista Lab Milk is a sponsor of Perfect Daily Grind. They have submitted this article according to our editorial policies and have had no further sway over the final copy than any of our other writers.