Emilio Lopez tells me that, in 2001, you would struggle to find micro mills in El Salvador. There were few small operations. But all that changed when he decided to buy his own mill to go along with his farm, Finca El Manzano.

Now his mill, Cuatro M, is one of the largest in El Salvador, processing 800 bags of coffee every single day.

Emilio’s visionary approach to the coffee supply chain is but one of many reasons we approached him to host PDG Micro Festival El Salvador at his mill. We knew that hosting it on a mill would give insight into the reality of coffee production. We knew that hosting it on Cuatro M would reveal the quality and innovation within El Salvador’s coffee scene. 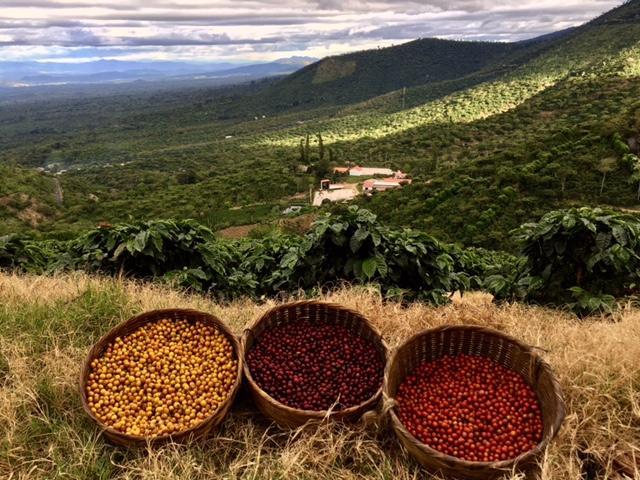 In 1997, Emilio left San Salvador to attend university in Portland. He wanted to immerse himself in a new culture and experience a different part of the world. But life in the US only drew him closer to his home country.

He became interested in the craft industries of beer, coffee, wine, and food – all so readily available in Portland. His family has been producing coffee since the 1840s, and so working in coffee in the US became a natural progression. He started importing roasted coffee to Portland his junior (third) year of college.

Then after a year and a half, in 2001, he returned to El Salvador to join his family’s business full time. In doing so, he became a 5th, 6th, and 7th-generation coffee producer, depending on which side of the family you look at.

In El Salvador, with farms going back so many generations, coffee production is steeped in tradition. Emilio tells me he’s proud of his Salvadoran heritage, but he was also excited to introduce new methods. Innovative and entrepreneurial, Emilio wanted to experiment with approaches to farming and processing.

And that has paid off for him. 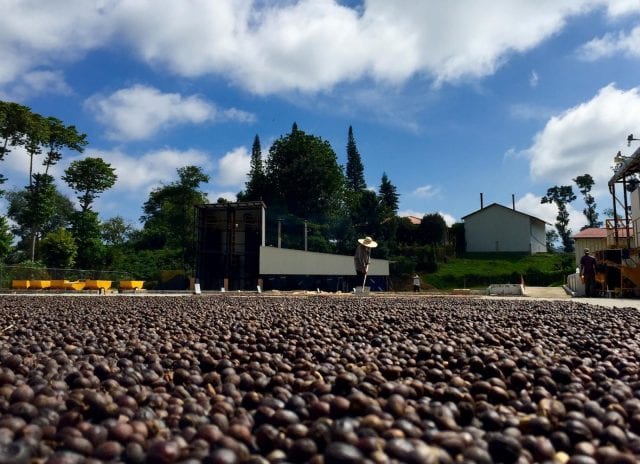 From Farm to Company

Emilio returned to coffee when prices were low, and bought a depulper, huller, roaster, and his own drying patio and mill. He became one of the first vertically integrated coffee producers.

At university, he studied international business, environmental sciences, and philosophy as an undergraduate, before returning for an MBA six years later – the same year that Finca El Manzano gained Rainforest Alliance certification. He has also become involved in the SCAA, SCAE, and Roaster’s Guild, where he is currently the Vice-Chair and will become the Chair in 2017.

When he tells me this, I understand why his farm is so well organized. Talking to Emilio was like taking a crash course in business studies: from ISO 9000 to Balanced Scorecards, he has refined his organizational processes. Cuatro M Cafés has departments, all of which are held accountable for producing quality coffee. They are not just a farm: they are a company.

A vertically integrated model means Cuatro M Cafés can control and operate every aspect of the coffee production. After picking the cherries they have developed and perfected through close study and research, both in their lab and on the trees, they operate their own wet and dry mills. There, Cuatro M relies on advanced technology for sorting and quality control.

Next, they roast their beans until they have developed the best formula for quality coffee, right on the farm where everything is accessible for optimization. Finally, they brew, cup, and continue to perfect their methods.

Being a vertically integrated producer means they can trace their beans from the time they’re planted to the time they reach your cup. It’s the ultimate level of transparency, one that Emilio terms “seed-to-cup”. 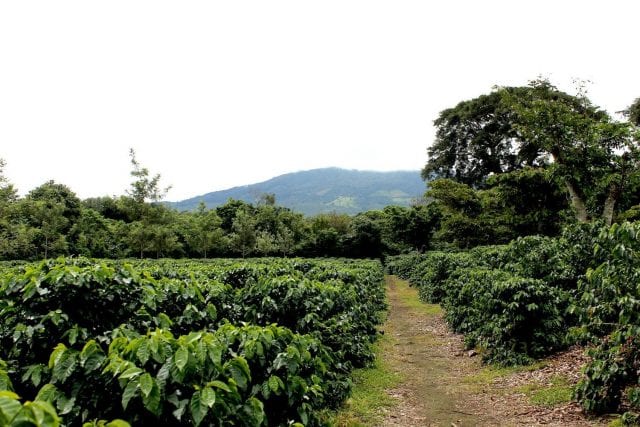 Emilio tells me that the first step toward being a vertically integrated producer is reinvesting in the business so that you have the proper technology to succeed. But you must also understand that technology. It’s critical for him to perform every part of the operation at least once.

When a new piece of equipment arrives, it’s unpacked and positioned, and then Emilio asks everyone to leave him. He goes over every detail of the equipment, learning about it, troubleshooting, and familiarizing himself with the process of using it.

In 2009, Emilio started distributing the Brazilian Pinhalense equipment in El Salvador. And at Cuatro M they perform extensive of equipment experimentation: Pinhalense sends prototypes, Cuatro M Cafés tests them and then offers essential feedback to the factory in Brazil.

The relationships he has built have been so successful that last year he and a business partner bought a farm in Brazil. The seasons complement each other: in El Salvador, the harvest is from October–March; in Brazil, May–August. 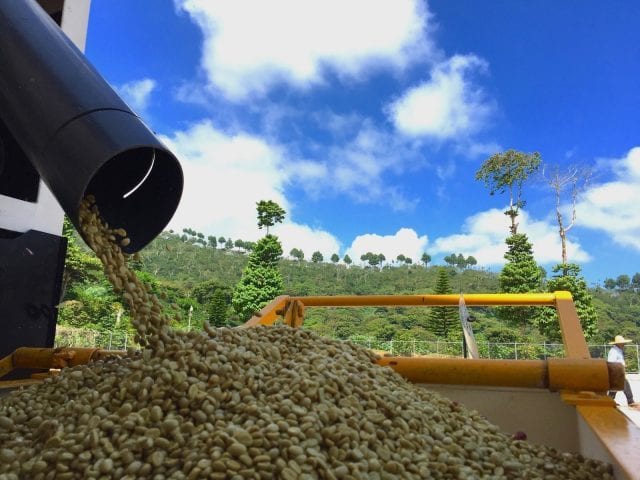 At Cuatro M Cafés, they experiment with 13 different varietals. And as Emilio continues to thrive on knowledge and development, his businesses continue to evolve and blossom.

Emilio’s strict processes have supported Cuatro M Cafés in growing from a farm plus micro mill to a giant. When he came on board they had 50 acres; now they boast 600 in El Salvador and 250 in Brazil. He and his family operate roasteries in El Salvador as well as in the United States (in Tulsa, Oklahoma, where they also run a cafe). They buy cherries from other farms and they also conduct the operations of other farms, building sustainable partnerships and relationships.

The chances are high that if you’ve had a cup of Salvadoran coffee, no matter where you were, you’ve had beans from his farm. 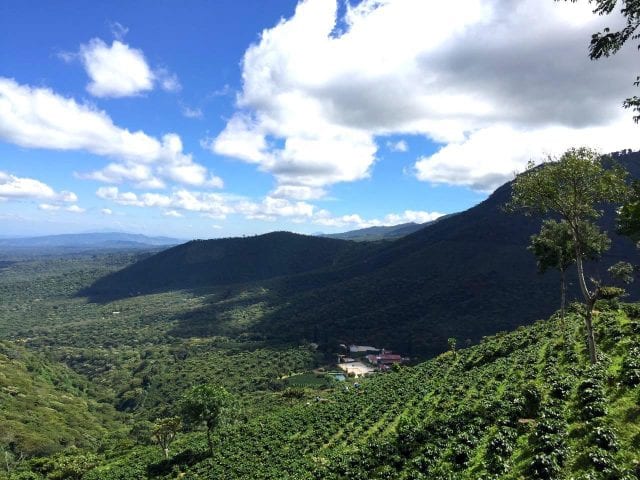 Emilio’s concerned about sustainability, both environmental and socioeconomic. When researching him, I noticed right away that his company website includes photos of his employees, right down to the mill operators. There is inclusivity and respect in this action.

His farm produces more than just specialty coffee because he doesn’t want to waste. And with the gaining popularity of specialty coffee, he wants to ensure that partners at all levels are compensated for this rising interest. Emilio continues to contemplate how to implement long-term sustainability and an ethical mission, and with his influential position in the coffee industry he is bound to continue to make a positive impact.

Want to take part in more discussions like this? We’re going to Brazil for Micro Coffee Festival 2017! Learn more or buy your ticket here!