Australia, arguably the world’s coffee capital, once again hosted the annual Melbourne International Coffee Expo (affectionately known as MICE) from March 17th-19th. And let us tell you that this wasn’t just another trade show; this three-day event is the bees’ knees for everything coffee.

So what did you miss? 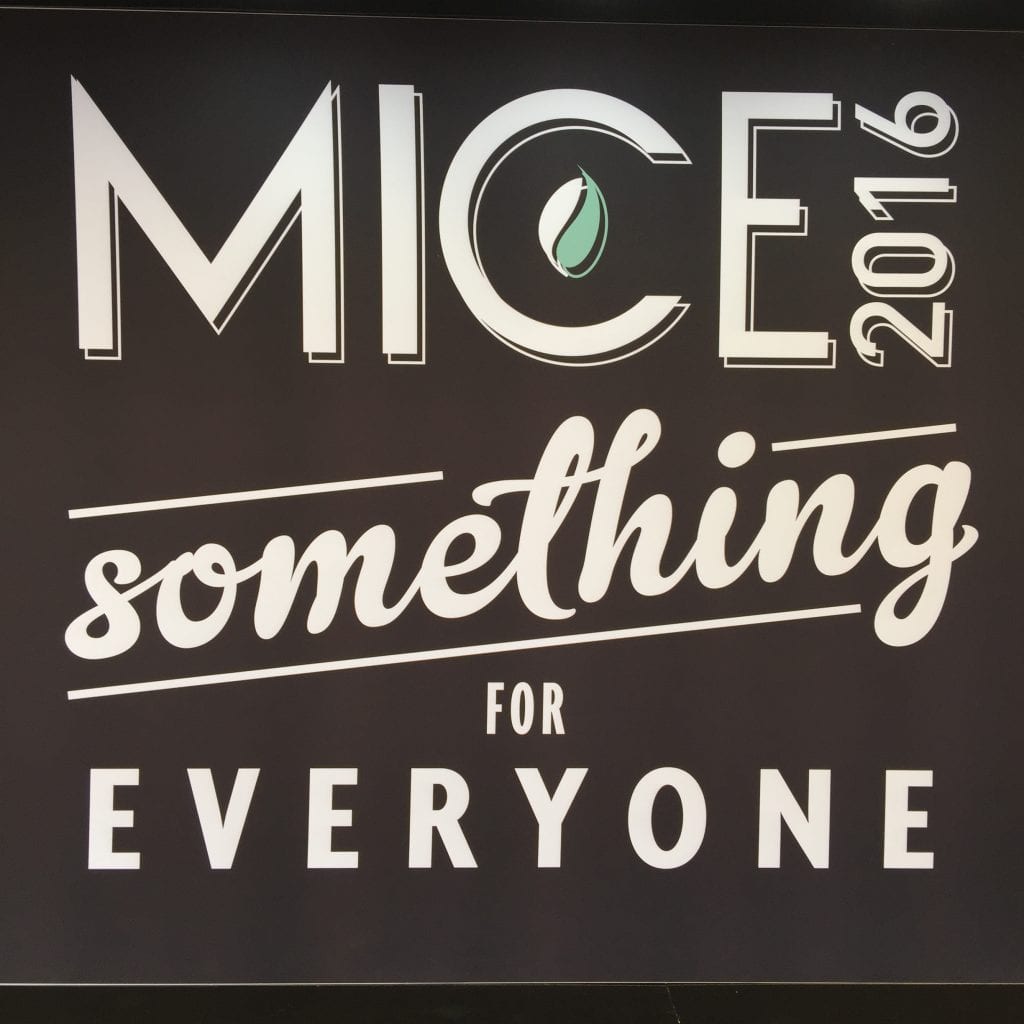 MICE: Why Should We Care?

MICE is only one of the biggest coffee events in the world, covering the bean from cultivation to cup. And it’s awesomeness doesn’t stop there. The layout of the expo is set up so you can interact with producers and distributors in Origin Alley or watch the Australian Barista Championships go down. Innovative design was everywhere, from disposable cups to a sweet-as marble Slayer.

In short, if you’re a coffee lover wanting to know more about the journey of your cup of Joe, MICE delivers. The event has grown since inception five years ago and is open to coffee connoisseurs and novices alike.

As we said, MICE is the meeting place of the coffee industry. And you wouldn’t want to miss meeting some of these attendees…

South American coffees had a solid presence at MICE, with Colombian, Costa Rican, Guatemalan and Honduran producers down Origin Alley.

Brazil also made an appearance via the Brazil Specialty Coffee Association (BSCA). Although the juggernaut producer has a reputation for producing a nondescript, commercial bean, we know that’s not always the case. And so it was refreshing to see a greater representation of specialty Brazilian coffee on the world stage through the BSCA. 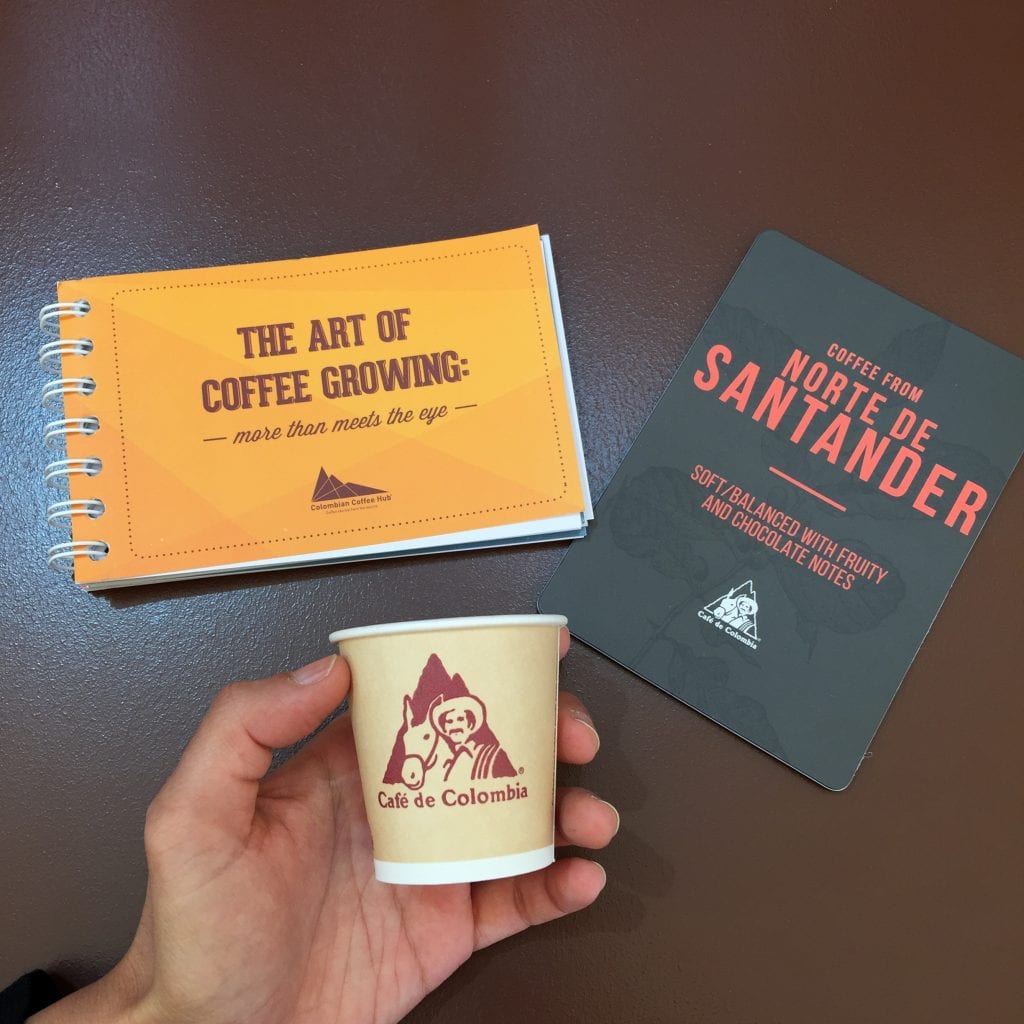 As for Asia, India and Indonesia were represented by The Coffee Board of India, Indonesian Pavilion, and SPICE (Specialty Portfolio of Indonesian Coffee Endeavours).

The folks at SPICE were particularly interesting to talk to. A group of friends working in financial services, they decided Indonesian coffee deserved a higher platform, both locally and internationally, and so SPICE was born. We lost track of the numerous delicious samplings they had on offer, but what really caught our eye was the beautiful artwork for each information card. Just exquisite!

Other than a selection of varietals at Roasters Alley, there was no East African delegation at MICE, which is a shame as some of my favourite cups originate from the Rift Valley highlands.

Many of the big coffee names Melburnians have come to know and love were at MICE in full force: St. Ali/Sensory Lab, Veneziano, Five Senses, and Axil Coffee Roasters, along with the more prolific Grinders Coffee, Lavazza, and Mocopan. Each of these stalls was humming with an unbridled stream of visitors as they made and showed just what keeps them at the top of the game. We managed to catch Aryan at Veneziano demonstrate a pourover Panamanian geisha using a Chemex. 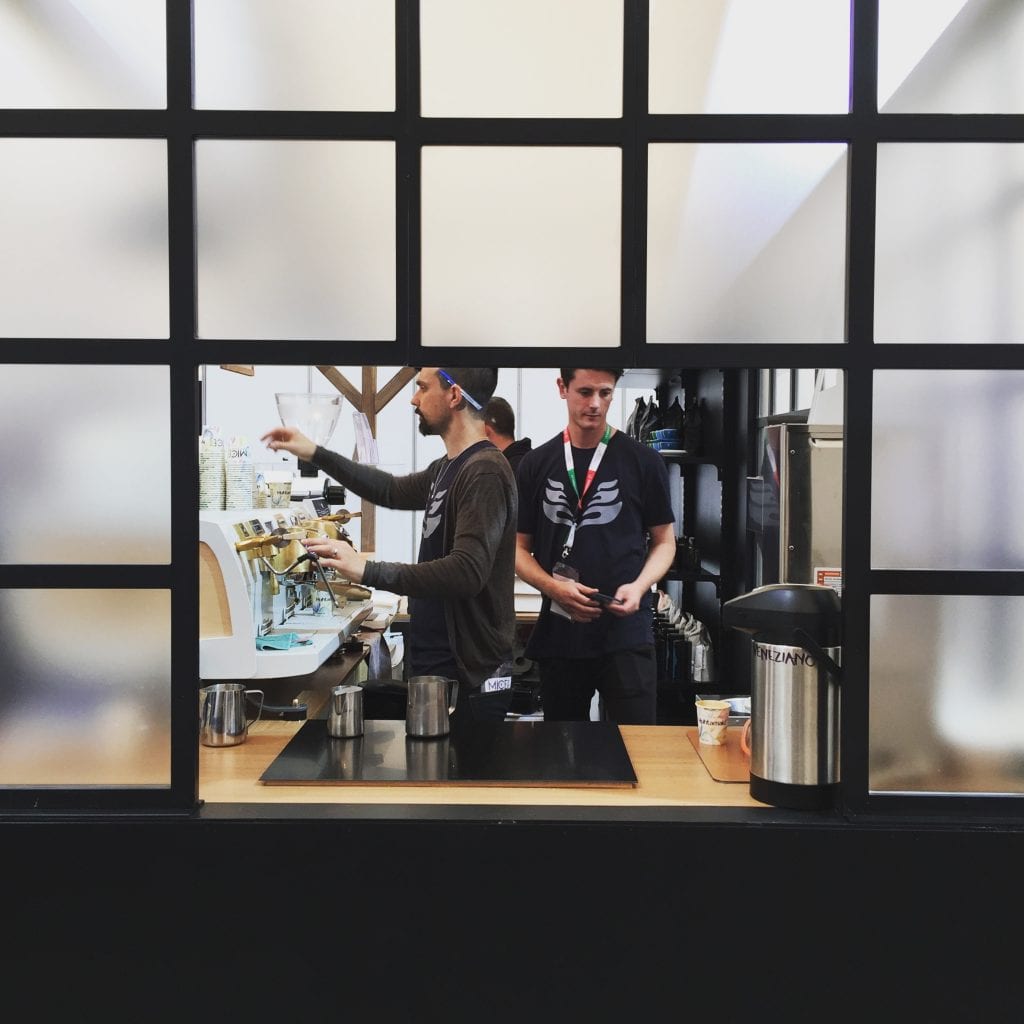 Smaller brands were also around, and it’s always exciting to see the more niche roasters making their mark at big events such as this one. Nathan, who is the maestro at Geelong outfit, Cartel Roasters, was a sight for sore eyes along with his showcase of some seriously select beans from the Burundian hills. The incredible micro lot Muninya Long Miles had a cult following by the close of the expo.

Our personal favourite, however, was Rumble Roasters. It ticked all the boxes: taste, packaging, and price. We may have had up to three coffees at this booth alone. 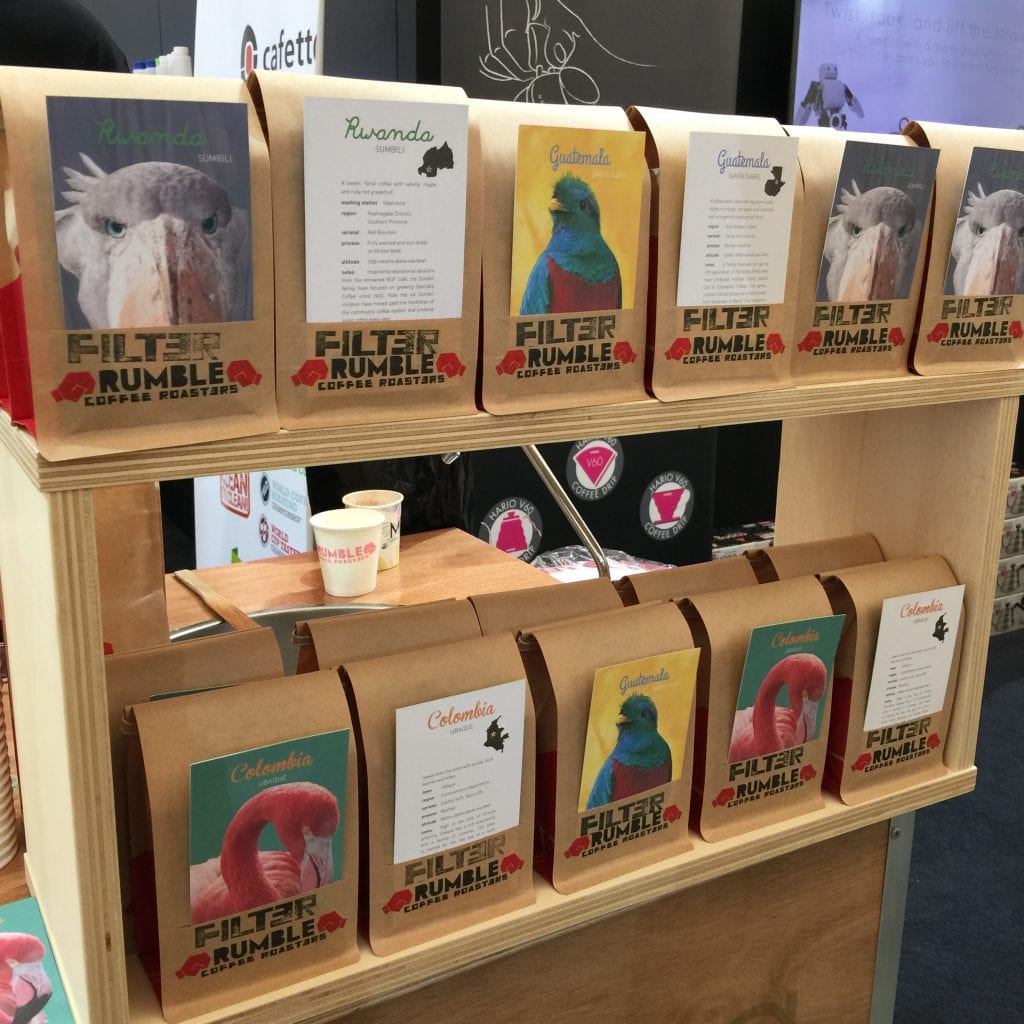 Let’s get ready to rumble!

Equally promising was the NKOTB specialty roaster, Profile Coffee. These guys are so fresh, they haven’t even opened up shop yet. But if the queues at their booth are anything to go by, postcode 3004 is in for some delectable coffee very soon. The humble duo’s Milk01 offering was all the rage. 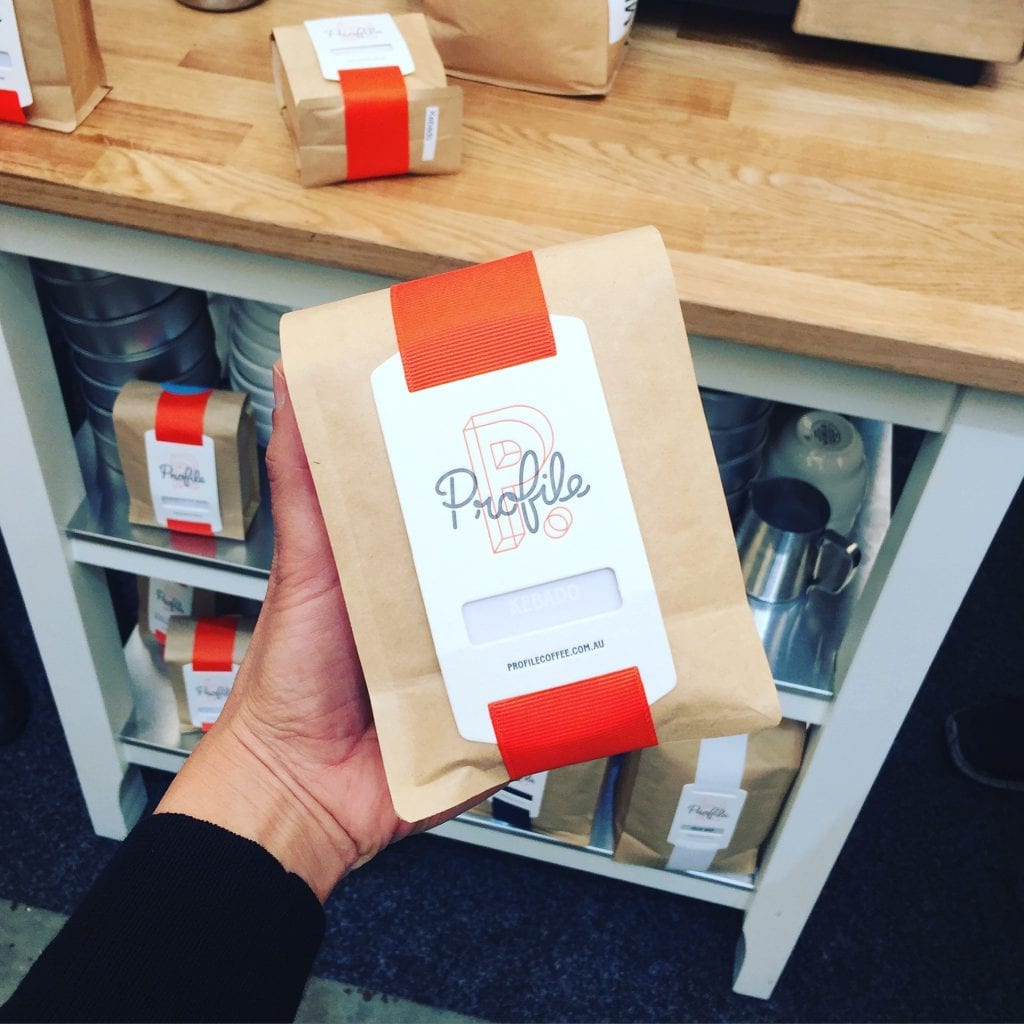 Profile Coffee is one to watch out for.

The cutest setup had to be the nautically themed Sydneysiders’ Will & Co stall, which probably also takes the cake for total lattes churned out. Special mention to Bluestone Lane Café, which is bringing great Aussie-style coffee to the Big Apple. 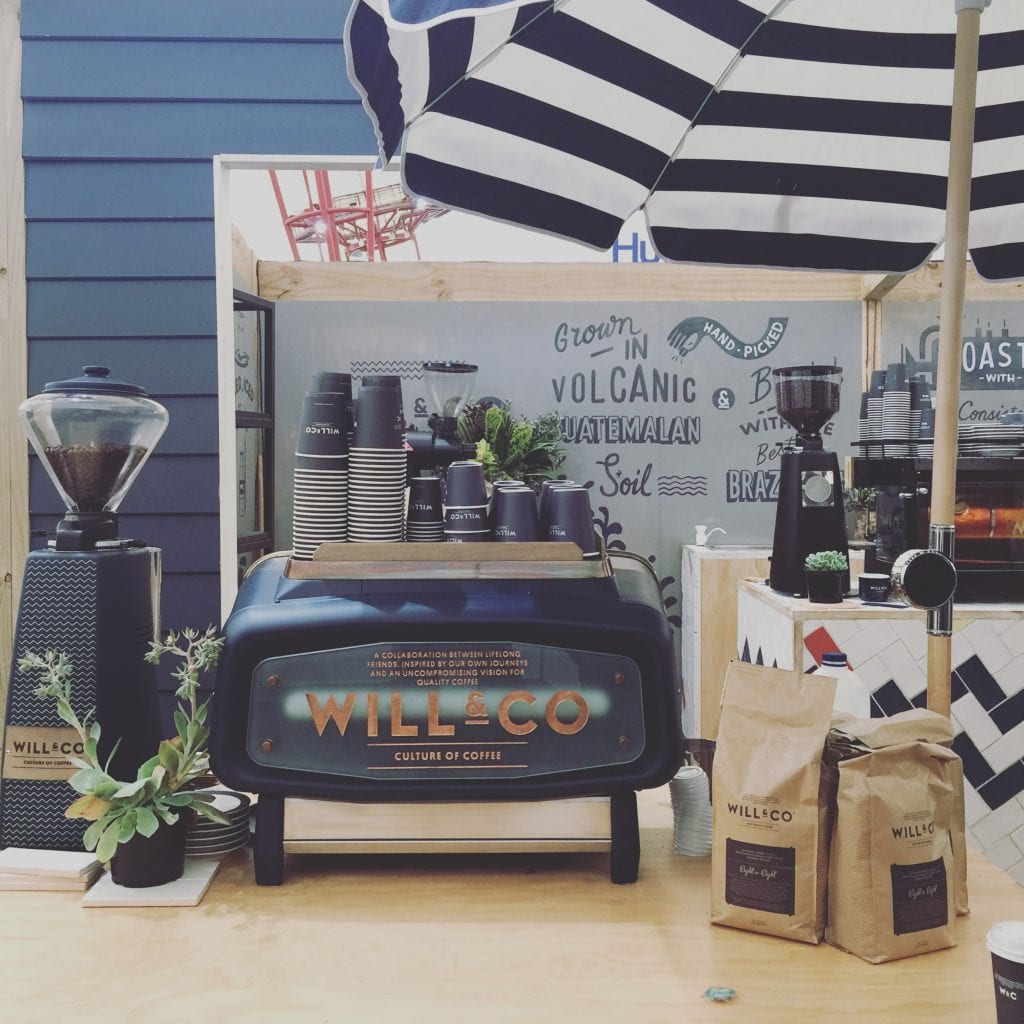 Getting nautical with coffee at Will & Co.

You can’t make great coffee without great equipment. And if you’ve wondered what it takes to create a whole-latte magic behind the bar (sorry, we couldn’t resist it), MICE 2016 had every gadget, apparatus, and bit of paraphernalia you could imagine – both for home brewers and for cafés. 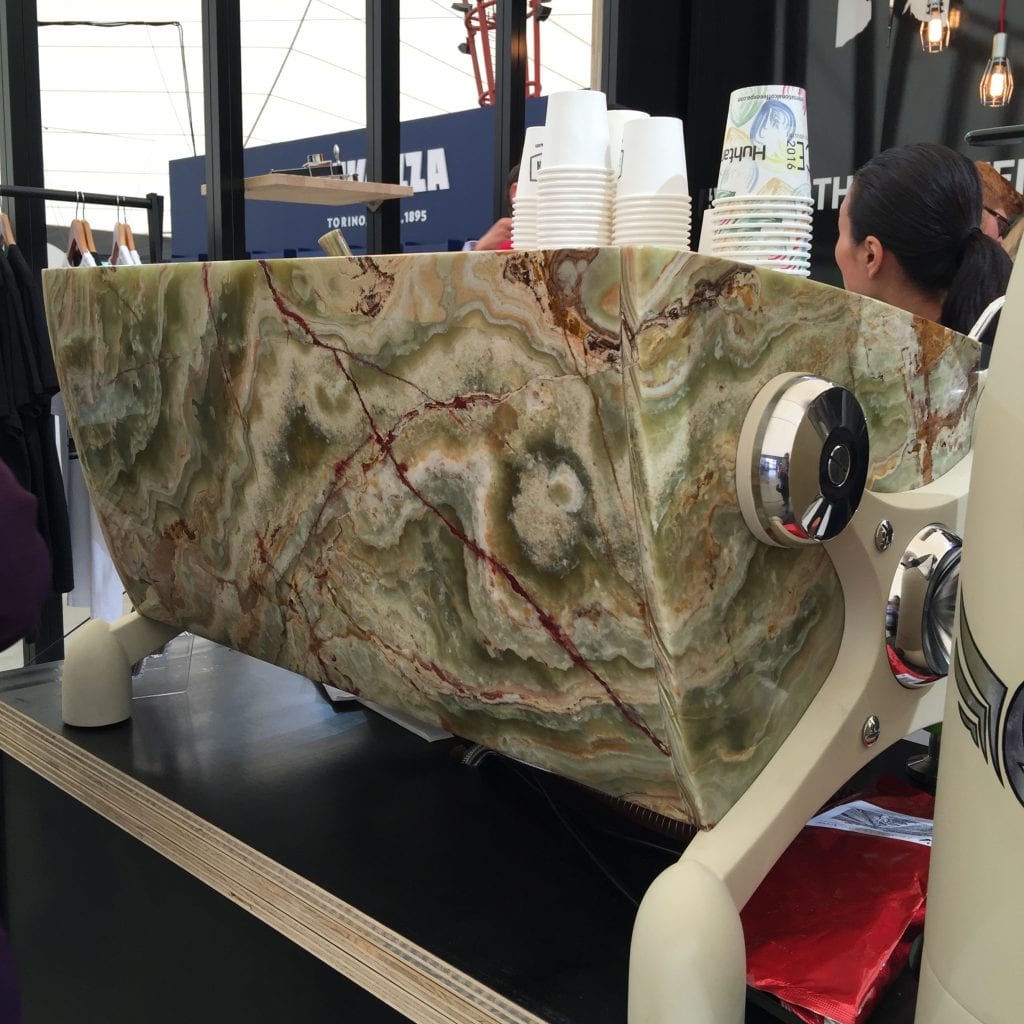 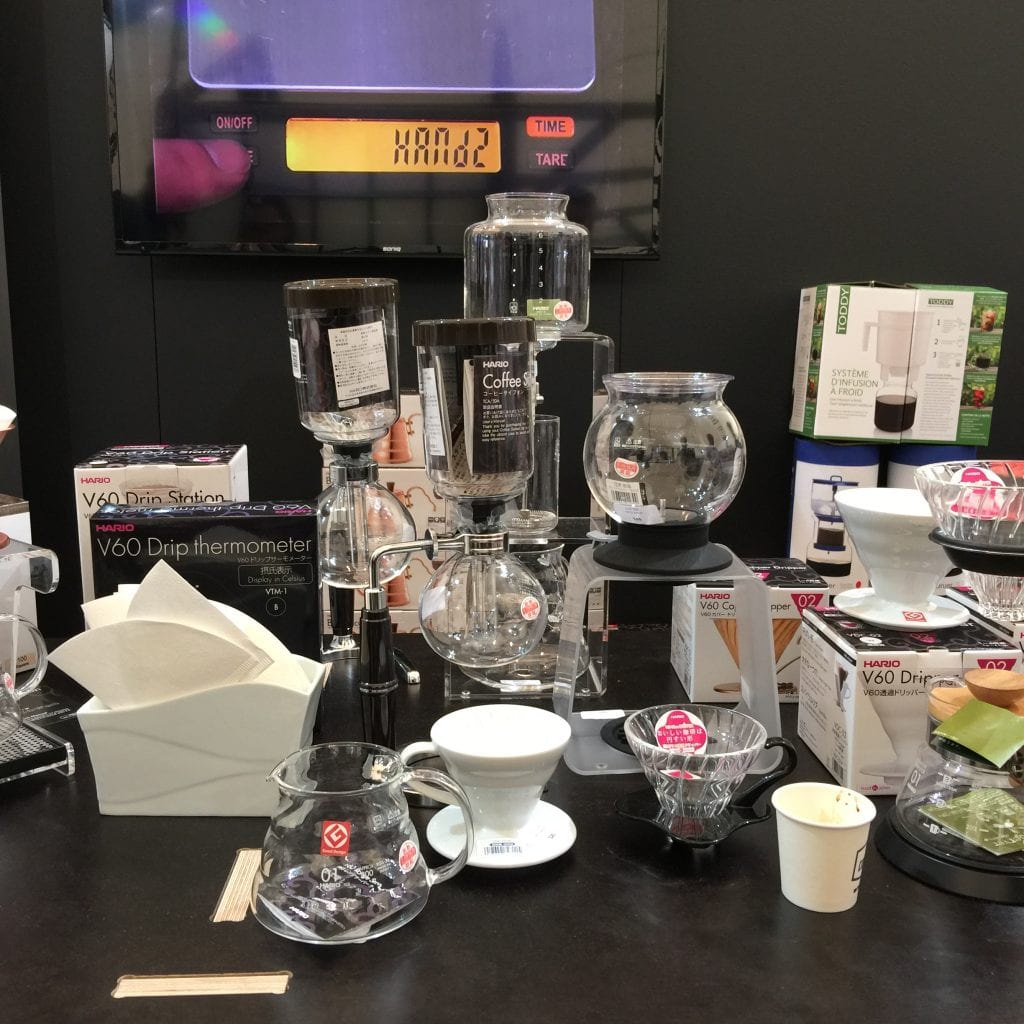 Barista heaven in a photo.

The milk you froth for your coffee can make or break the drink. Producers brought the big guns in, with milks that ranged from the garden variety that goes on your cereal to barista-friendly frothy ones.

There’s been a big shift in consumers demanding good alternatives to dairy, and the responses have been coming in thick and fast. We laid eyes on some of the fattest almonds ever, which then get turned into Almo Milk. Milkadamia, as the name suggests, is a macadamia-derived option (we didn’t even know this was a thing, but it’s great to see). And veteran Bonsoy along with Procal and Vitasoy flew the soy milk flag. 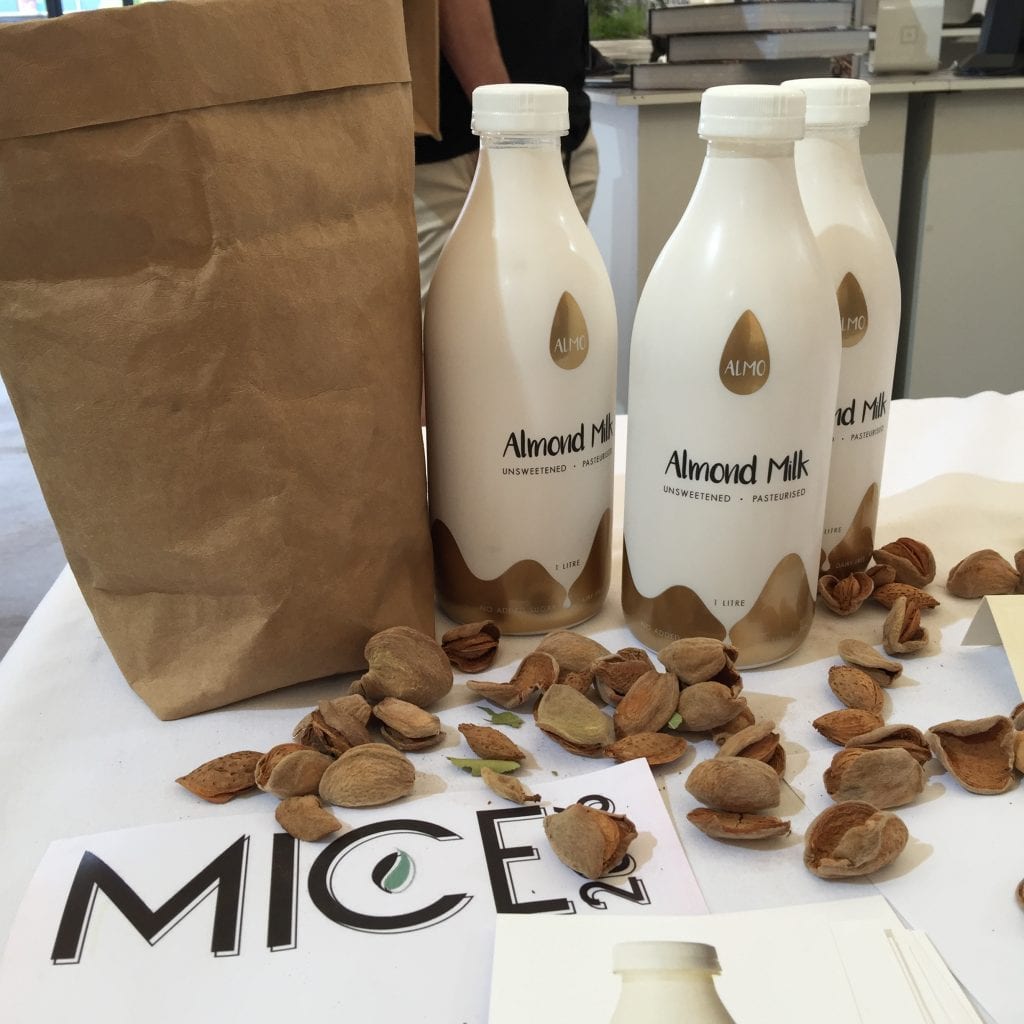 Just look at the size of those almonds.

Chocolates, cookies, and other treats found a home at MICE 2016, which is a no brainer really. We saw a serious number of people with a cup in one hand and a muffin in the other.

And for those that don’t dabble in coffee, there was still good reason to be there. We were astounded at the numerous teas, chais, and tisanes at the event. We love a good cuppa too. 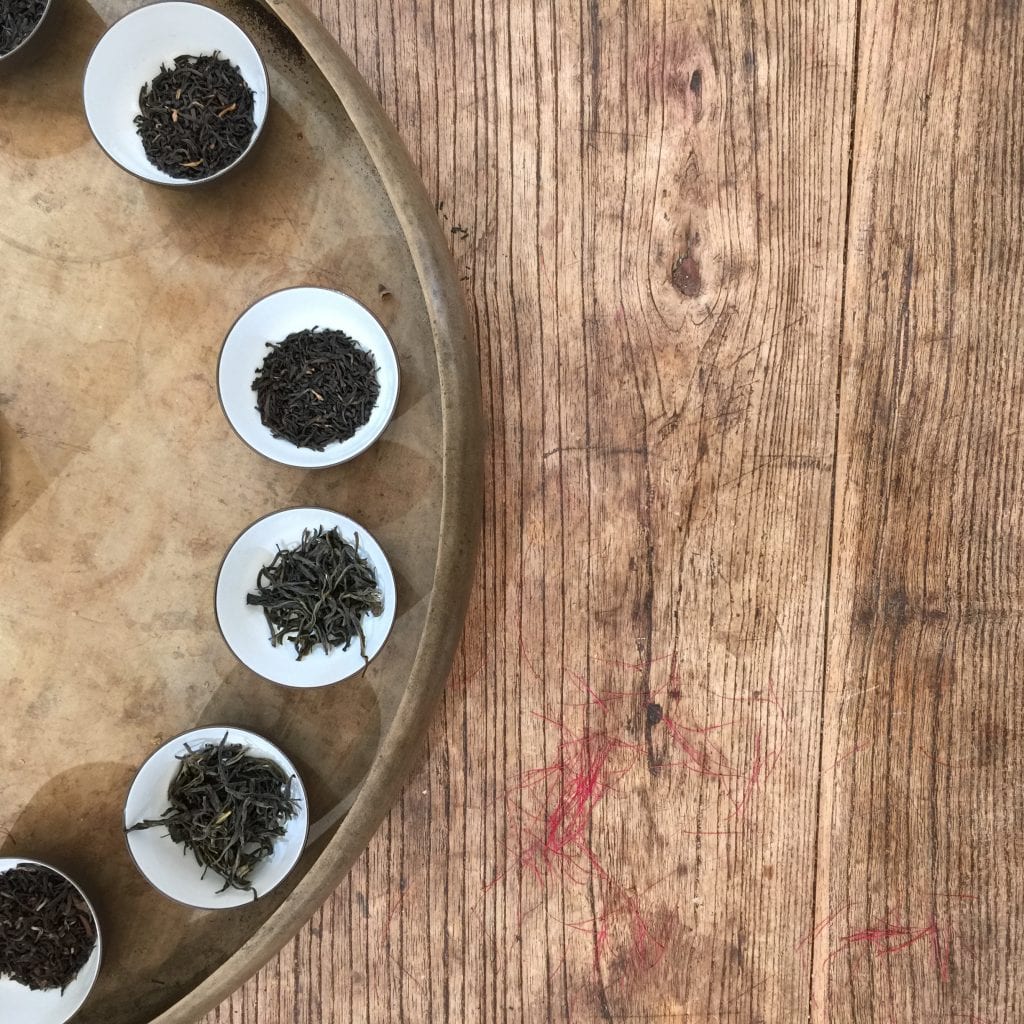 It takes a village to raise a child, they say. And this analogy applies to coffee. Outdoor umbrellas for cafés, hospitality equipment rentals, packaging solutions (like coffee cups), juicers, vending machines, coffee magazines, and even apps so you can pre-order your coffee while you’re on the tram… they were all there. 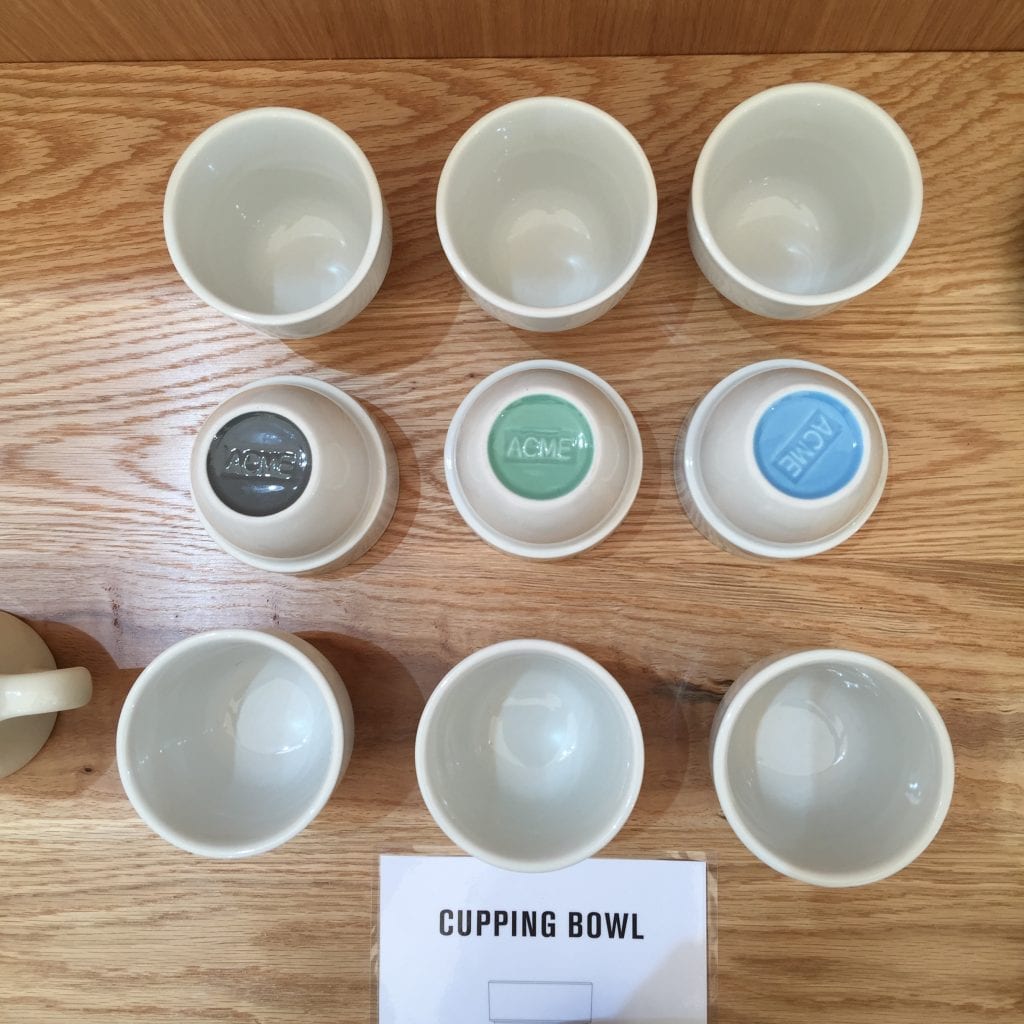 Is your cup worthy of holding coffee?

MICE is more than just a hall full of stalls. The arena was abuzz with all sorts of activities throughout the day that drew everyone, barista or not. We’re talking about things like: 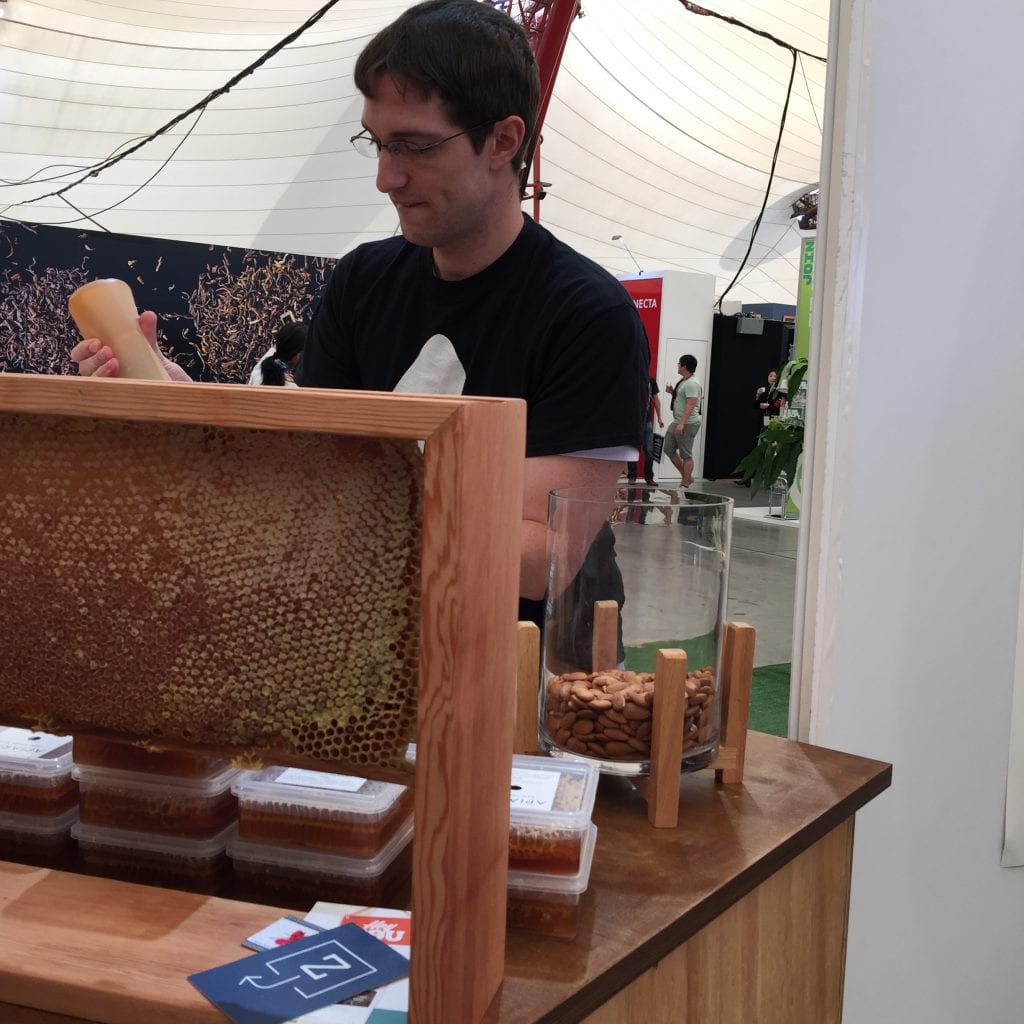 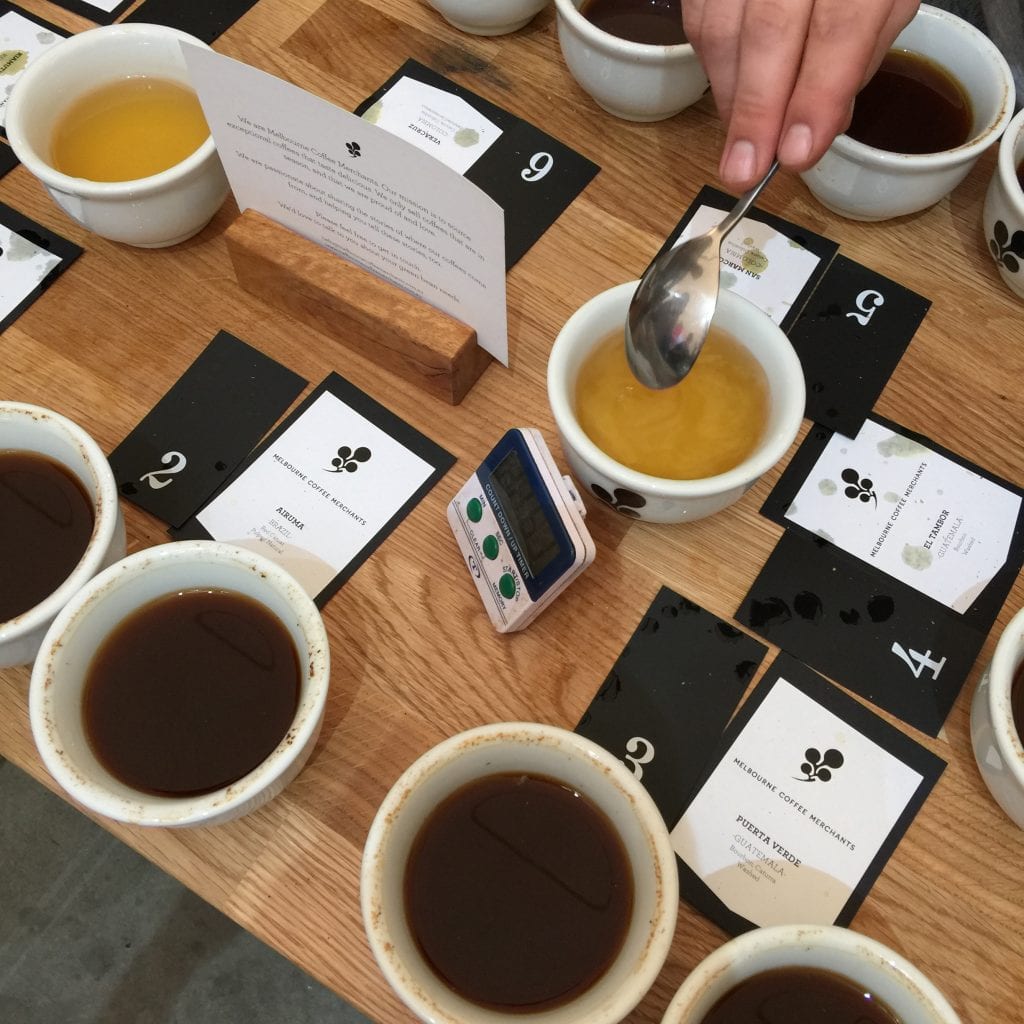 Of course, the biggest events were the Australian Specialty Coffee Association (ASCA) national competitions for roasting, latte art, and cup tasting (among others).

Oh, and did we mention the ASCA Australian Barista Championship at Grand Pavilion? It’s only the most important coffee competition in Australia. Fifteen minutes to create four cups each of espresso, cappuccino, and a signature drink, all the while talking the audience through it – the pressure was palpable! A panel of six judges then scored competing baristas on machine use, preparation, and essentially, the taste of each of the three drinks.

If you know last year’s winner, Sasa Sestic, you’ll undoubtedly know he went on to take out the world title.  You may also know that Sasa owns and runs the Ona cafes in Canberra. Hugh Kelly, who is the Head Trainer at Ona, beat stiff competition from baristas hailing from all around the country to take out the title and represent Australia at the World Barista Championship this year. No doubt, Sasa’s support has been instrumental in Hugh’s victory.

So there was a great deal to see, do, drink, and eat at MICE 2016, and you clearly don’t need to be a coffee guru to appreciate specialty coffee at this event. The number of people attending MICE has grown year on year, which is testament to how popular the event is and how seriously we take our coffee.

As increasingly savvy consumers, we want to know more about the journey of the bean and we want to engage with everyone along that journey. What better setting to do all that than at an expo where the cup runneth over with everything coffee? 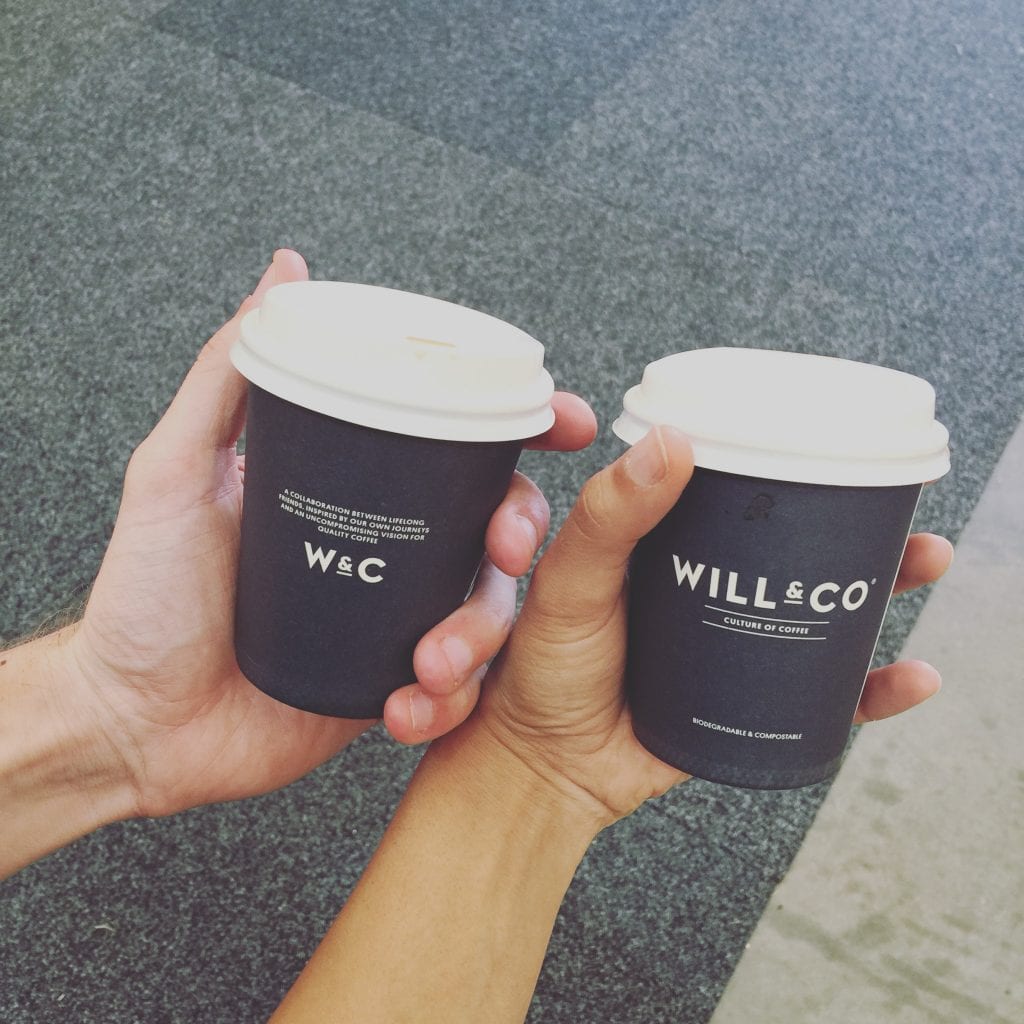