Makers and Superpickers: Experimental Ninety Plus Coffee in Ethiopia

If I told you that you that the top baristas in the world are making experimental specialty coffee, would you be interested? Yes, I thought so.

Innovative, inventive and ingenious, this stuff was harvested and processed by the best in the biz, making it quite literally the brew of champions.

So how did these great minds come to collaborate? And what were they hoping to achieve? 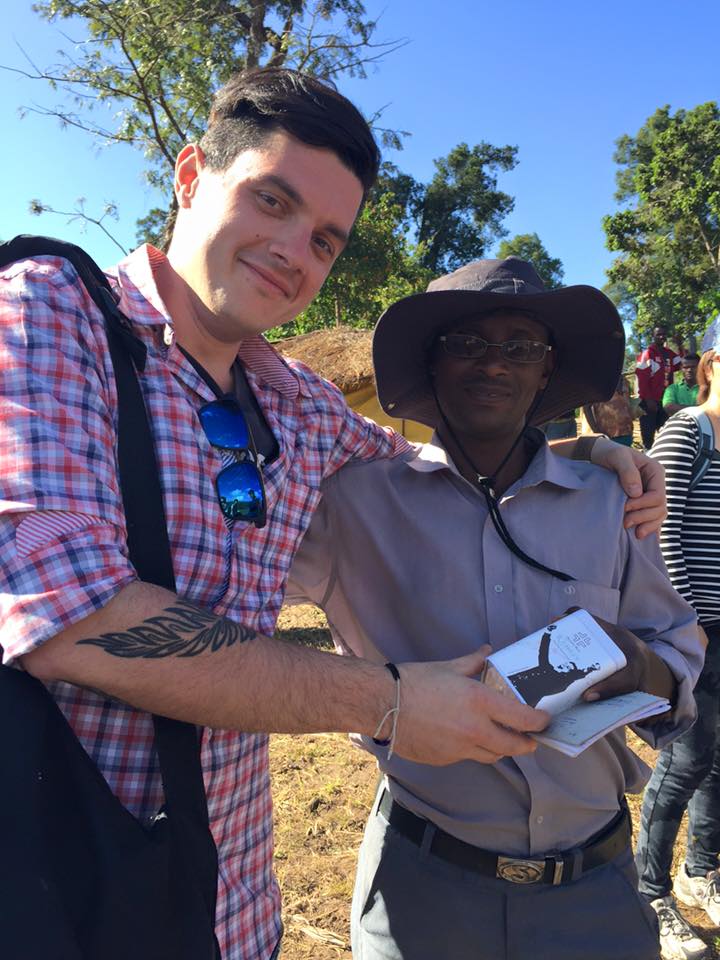 Ninety Plus: A Dream Invitation

After four months travelling across different continents trying coffee, I was seriously caffeinated and content. My plan was to fly home to New Zealand the next day.

But then I received an invitation from a coffee friend for a special event with “very limited spaces”. Five minutes later, I changed my flight, checked out of my hotel and there I was: en route to Shanghai to attend the Tamper Tantrum Asia Show at Jascaffe’s headquarters.

It was there that I first met Joseph Brodsky, the founder and CEO of Ninety Plus Coffee. And a little over a year later, I hopped on a plane bound for Addis Ababa, the capital of Ethiopia, to join the international Ninety Plus Maker Series team. It was a dream come true. 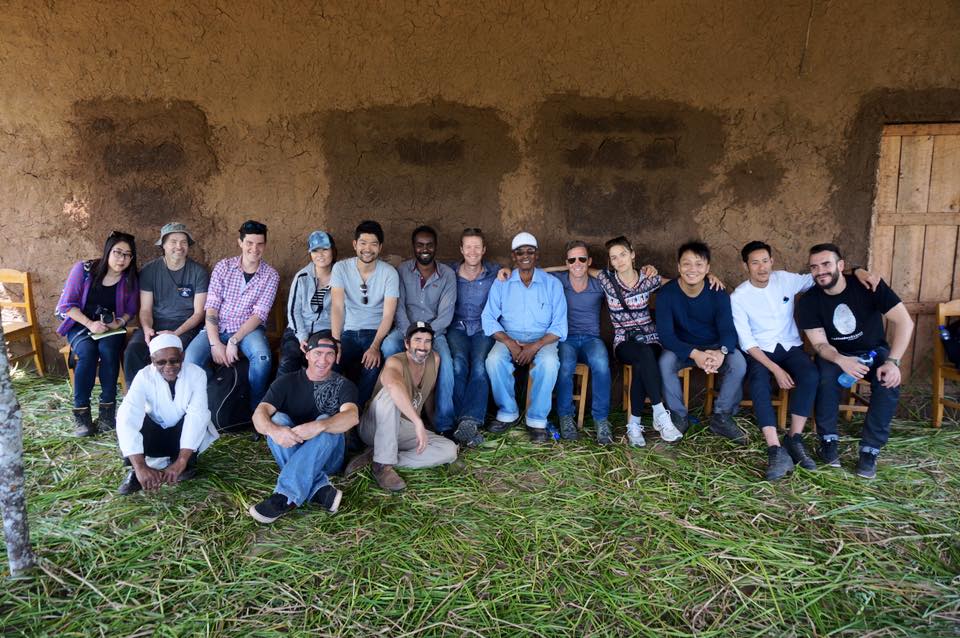 The group on the Maker Series 3 trip. Credit: Yoshikazu Iwase

What is Maker Series 3?

Makers are a team of top baristas from around the world who come together to improve, innovate and inspire. Each of the makers represents a ‘taste profile’.

The makers on this Ethiopia trip included a wide range of former and current world champions: 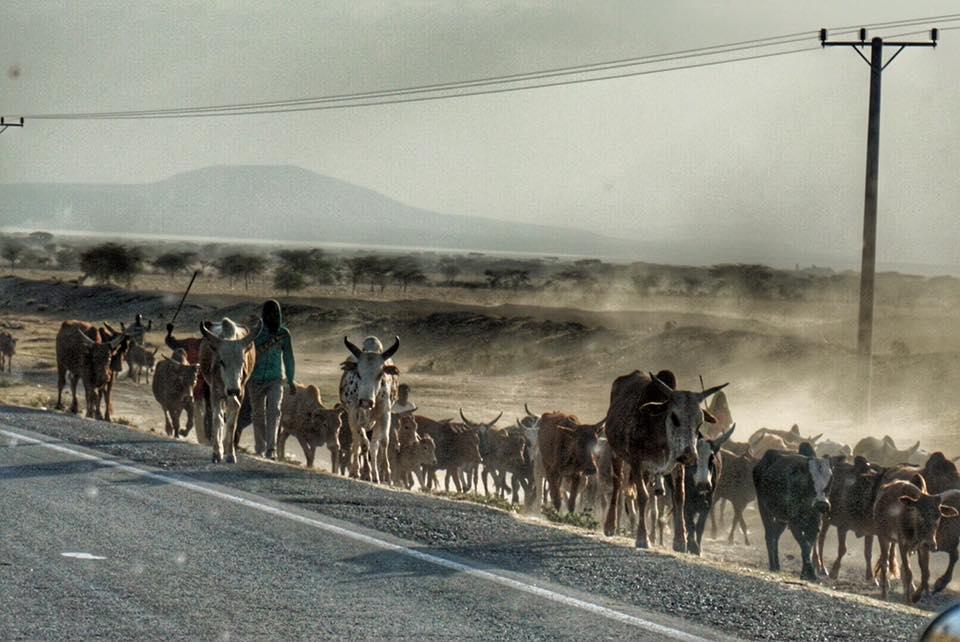 The Maker Series 3 (MS3) was the third time that these world-class baristas had participated in the harvest on a Ninety Plus farm. This time, it took place at Ninety Plus (NP) Magokoro Estates near the town of Shakiso in Ethiopia.

Joseph Brodsky describes what Maker Series 3 is all about: “Makers are matched with a team of Ninety Plus superpickers. They are then invited to harvest and process experimental batches of coffee that will bear their names and be available to taste at industry events throughout the year.”

“Through having remarkable experiences and witnessing the innovations made in tastemaking, the ecological integration of coffee and local team building [at origin], the makers are able to relate first-hand experience of these exciting developments to the industry and consumers in their spheres of influence.” 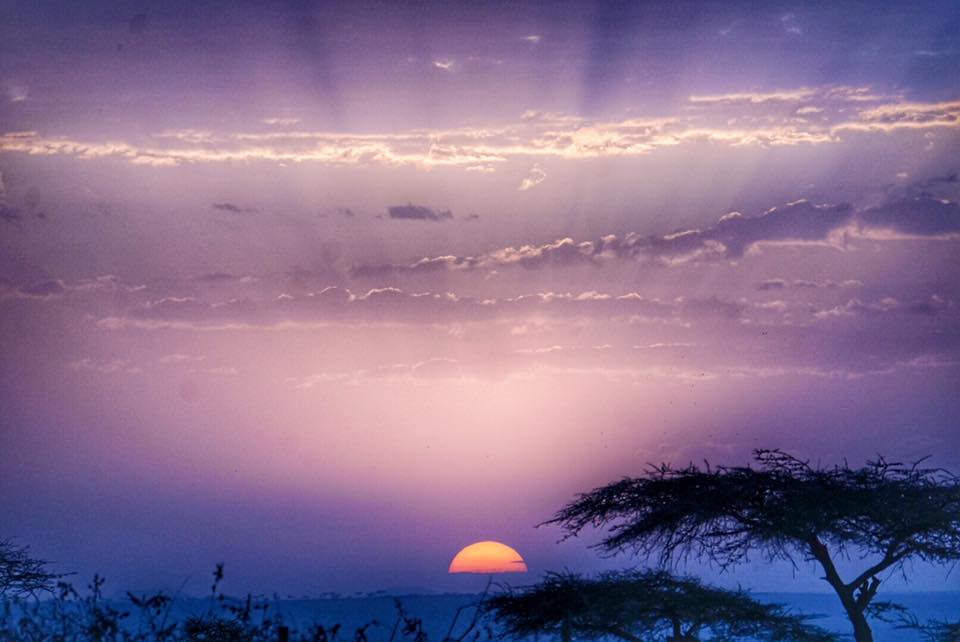 The name “Magokoro” comes from the Japanese for “devotion”. The estate is fully organic and located about 40 minutes away from the town of Shakiso by bus.

It was the first time that many of us had experienced real farm life. Every morning we embarked on a bumpy bus ride up the hill to an altitude of about 1800m. The soil was a rich red underneath our feet and the view of morning mist over the forest was simply breathtaking. 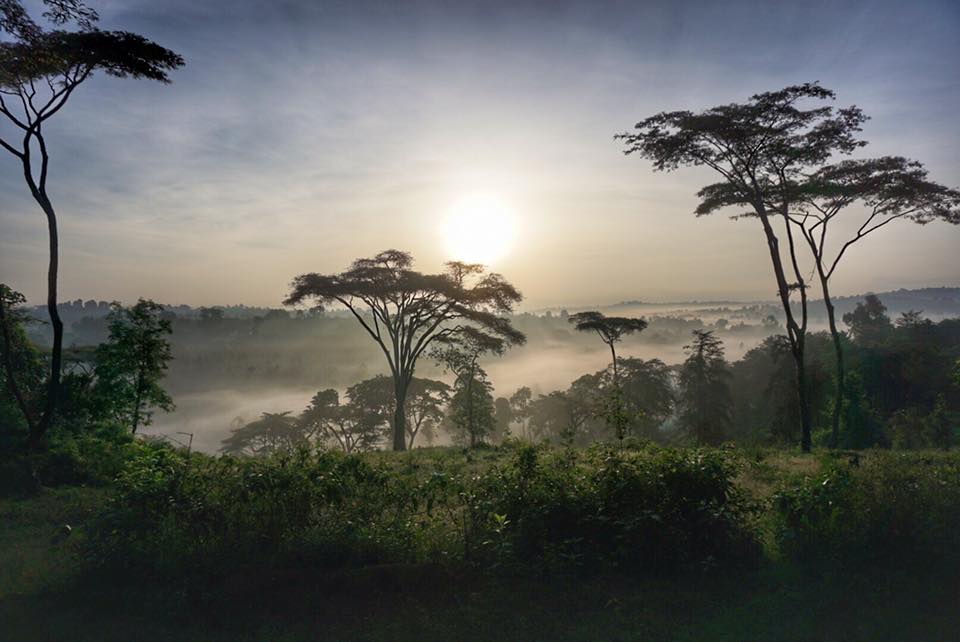 During our week-long stay, all the makers were asked to brew their world-class coffee for the pickers, most of whom had never tasted specialty coffee before.

No more EK 43s here: hand grinders were out and it was time for us to work our triceps. Water and electricity, two things we don’t think about much in our urban lives, became so precious on the farm. We were almost reluctant to wet the filter papers because every drop could be saved to brew.

Bottled water was poured into the Bonavita kettles and a small “Made In China” generator was rolled out. Due to the altitude, the water could only be brought up to a maximum of 92°C – just enough to make a perfect extreme-conditioned brew. 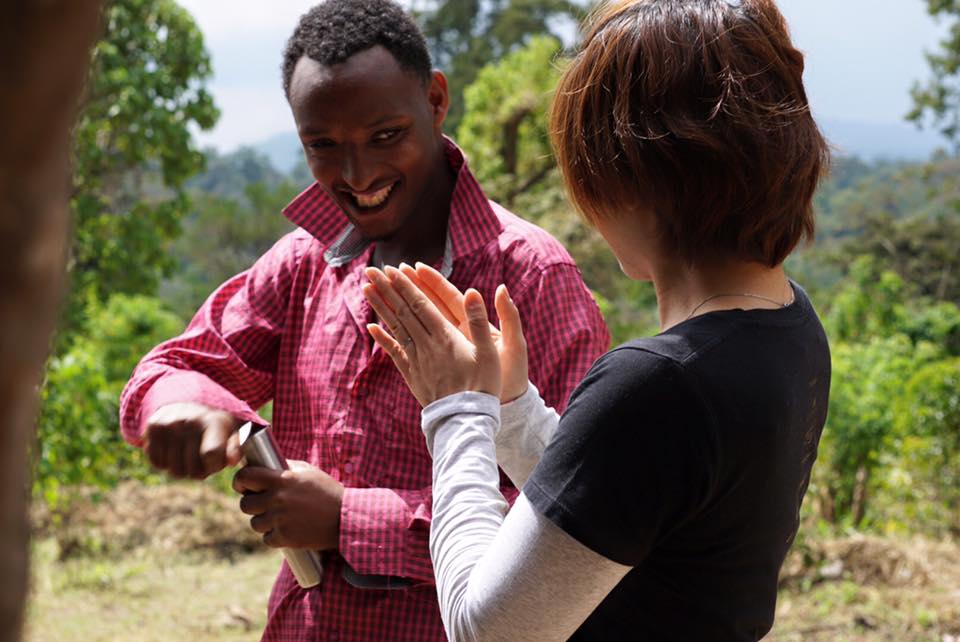 The MS3 farm life was a collaboration of great minds thinking outside the box, getting their hands dirty, and occasionally carrying out extreme experiments; after all, top coffee is sometimes the result of a happy accident.

No more champions – just a bunch of farmers who love and care about coffee. 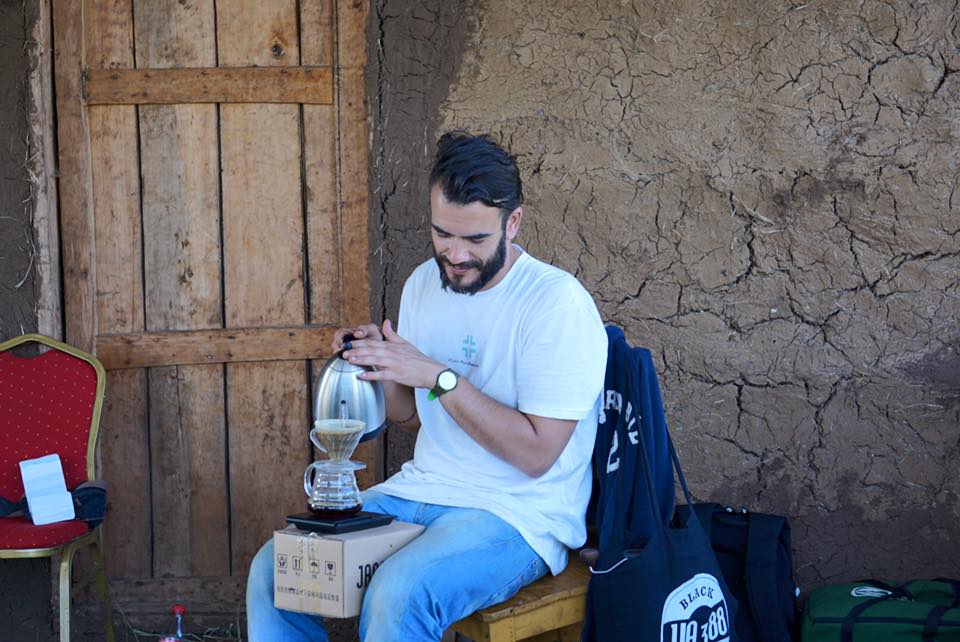 2014 WBC Champion Stefanos Domatiotis making a brew with anything that he could find. Credit: Dianne Wang

Why Are The Superpickers So Super?

Rome wasn’t built in a day and superpickers aren’t made overnight. The impossible became possible – even with the language barrier.

On our first day, each of the makers was assigned a team of pickers. I was lucky enough to take part as the Hachira Maker – Hanna Teramoto’s assistant. We didn’t have a translator available initially, so every instruction by Hanna was made slowly in basic English. We also relied on facial expressions and body language. 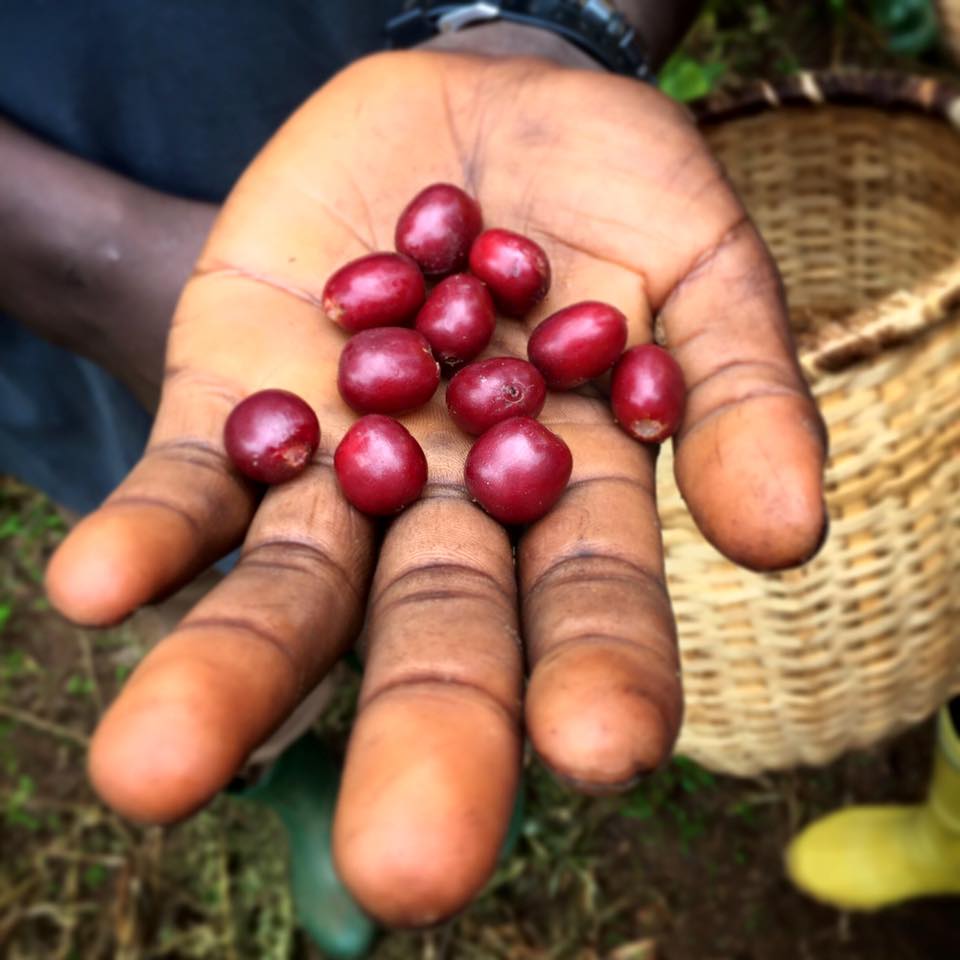 The Ninety Plus superpickers pick for quality. Credit: Dianne Wang

Superpickers are super because of their speed and quality picking. At the end of the first day, the pickers all managed to reach the level of quality we were aiming for. In our case, the ripest cherries were burgundy in colour, intact and with no worms inside. 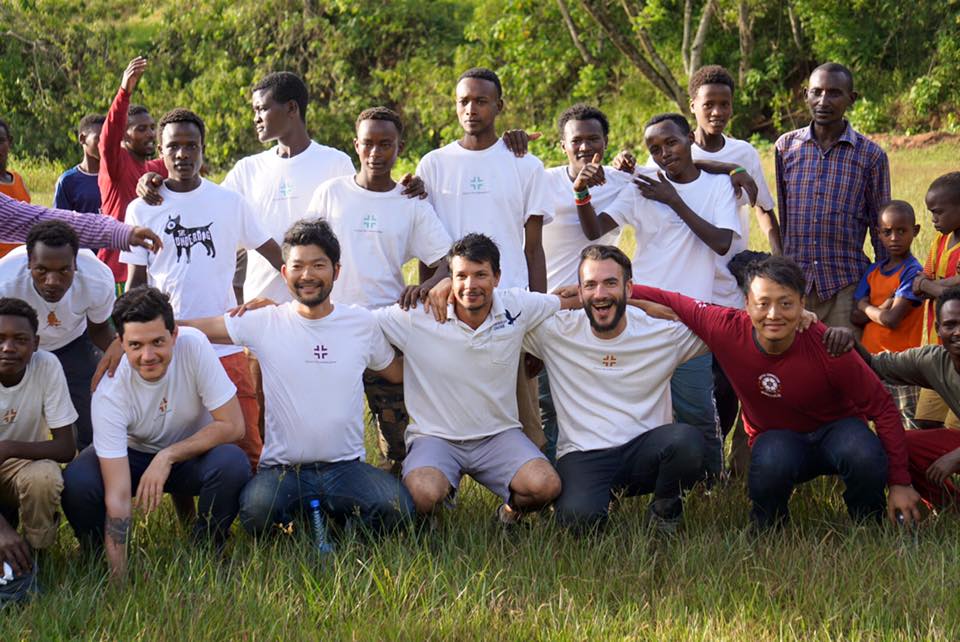 The Ninety Plus makers playing soccer with the superpickers. Credit: Dianne Wang

There are leaders as well. Alem, the superpicker team leader, truly deserved the title ‘superpicker’. He also happened to be the only picker on the team who could spell the English alphabet.

Not only was he the fastest learner, he also started taking the initiative to teach others and work on quality control for us. If, one day, he has the opportunity to leave the village and receive the education that he desires, he will make an excellent leader. 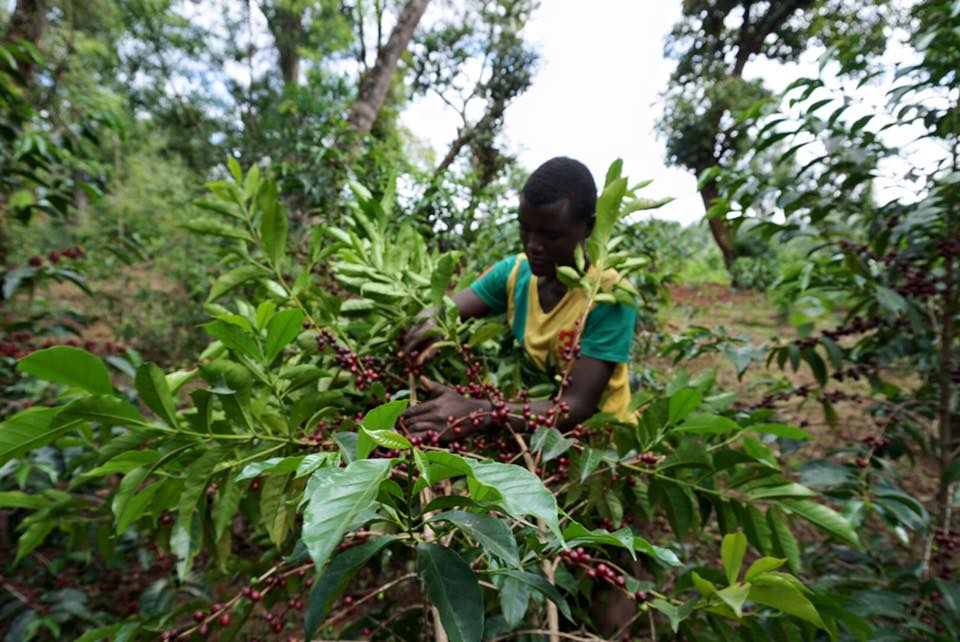 Time in paradise went quickly. With no internet, calls or air pollution, we were appreciative of what mother nature gave us.

On our long ride back to Addis Ababa, the bus could not have been quieter. Everyone fell into a sweet sleep, dreaming of the amazing coffee that is yet to come. 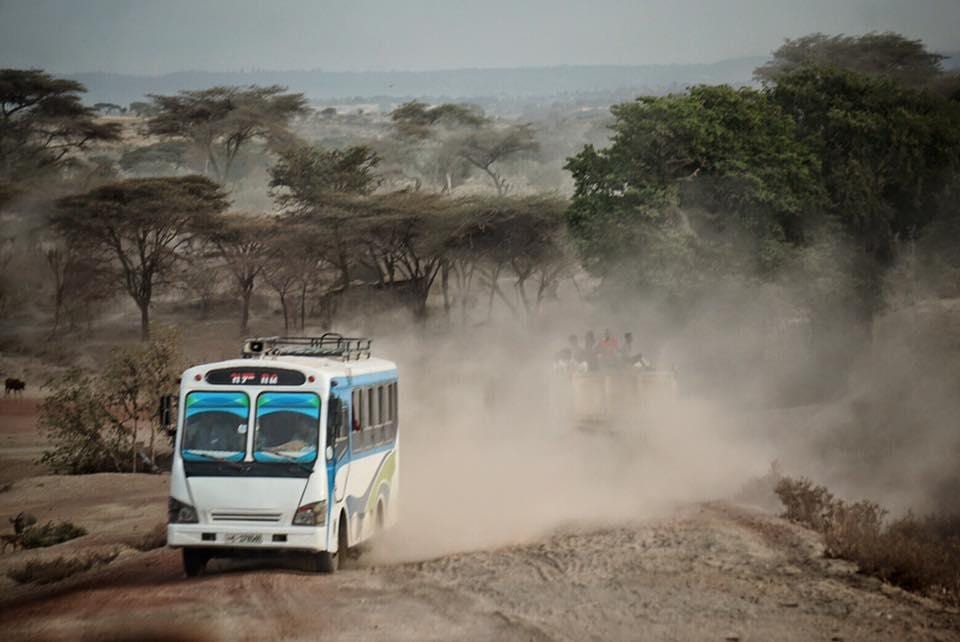 On the road again – heading back home. Credit: Dianne Wang

Written by D. Wang and edited by H. Paull.