Innovation & Sustainability: 4 Reasons to Participate in a Specialty Coffee Auction

Dawn is breaking over the slopes of El Pital, the sun beginning to shine on the pine and cypress forests of Salvadoran coffee plantation Finca Santa Rosa. Yet its owner, Jorge Raul Rivera, is not tending to the farm or even enjoying a last few minutes in bed. Instead, he’s talking to me, over Skype, about why coffee auctions are so important.

With the beginning of Project Origin and pausing of Cup of Excellence in El Salvador, the role of coffee auctions is coming under the microscope (or should we say refractometer?). Jorge shared with us four roles that Salvadoran coffee auctions have taken – and how, in doing so, they have transformed the work and lives of local coffee producers.

1. The Answer to a Crisis

As I pour a Chemex of carefully prepared Latin American coffee and take a sip, Jorge begins to tell me of how he and his family got into coffee. For them, it was the solution to a crisis that went back to the ‘80s.

The Salvadoran Civil War led to many people fleeing the country, and consequently selling their land cheap. Jorge’s father and uncle took this moment to invest. It wasn’t easy, though: the best land was in the higher mountain ranges, yet it was also the riskiest. Due to its tactical position and relatively low population, it served as a base for the guerillas. If you dared to work on your farm, they would exact a war tax.

Then more trouble struck. At the end of the ‘90s, a subsidy was promised to farmers who planted the wood so desperately needed for construction. In response, Finca Santa Rosa planted pine and cypress forests. However, when it was time to pay back the loans for the trees, the subsidy didn’t materialize.

With hopes of lumber subsidiaries dashed to pieces, the arrival of the Cup of Excellence (CoE) was a literal lifesaver for Salvadoran farmers. Auction prices of five to ten dollars for a pound meant they could make money growing a local variety of coffee – Pacamara. 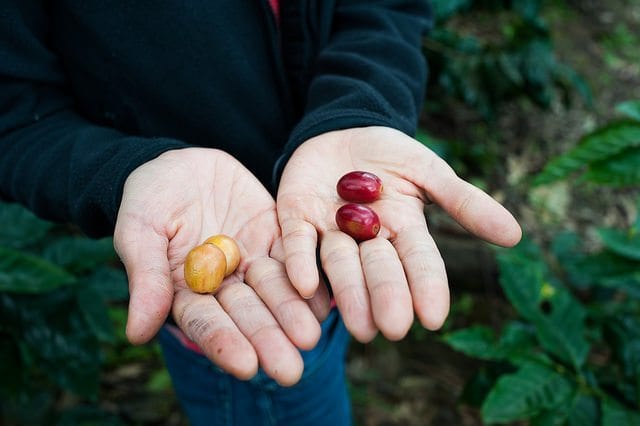 2. The Catalyst for Specialty

Until recently, El Salvador has been a country producing coffee known for volume, not quality. The craft of growing and nurturing specialty level coffee simply didn’t exist. Coffee farmers would grow their produce and deliver it to massive mills where it would be combined with coffee from all over the country.

However, that all changed – and all thanks to coffee auctions. In 2011, Santa Rosa made its first appearance at Cup of Excellence; they placed 5th with a score of 91 and the Presidential Award. The Riveras realised that they could really make a name for themselves. 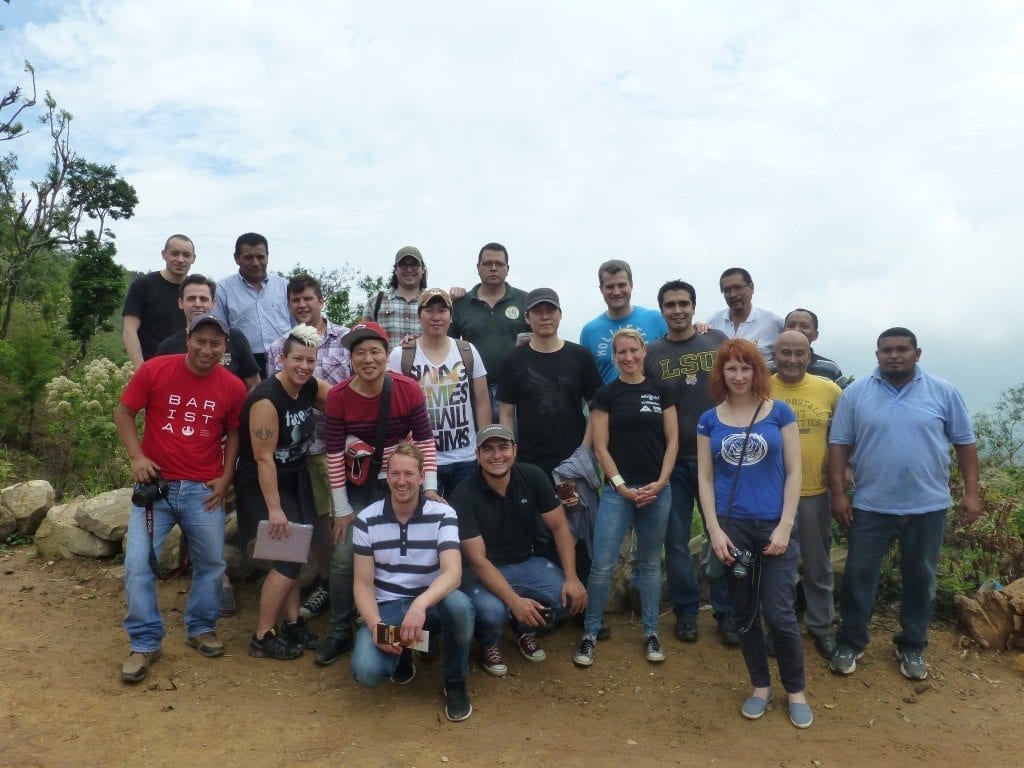 Yet in 2013, Santa Rosa came in at 20th place. Specialty coffee was a new concept for Jorge’s father, who was only experienced in yield crops. As of such, he had opted for a co-op. Yet when he spoke with producers and coffee purchasers at the SCAA, they advised him not to use a co-op. Instead, they said, he should take control of the quality for himself. He was astounded.

Jorge’s father returned to El Salvador on fire to try new techniques. He was passionately devoted to making the needed changes to put Santa Rosa on the map; at the age of 73 years young, experiencing the depth and breadth of specialty coffee was a truly invigorating experience for him. Sadly, he passed away not long after, still hoping for that coveted 1st place Cup of Excellence finish.

Jorge explained to me how the benefits of having a continuing green coffee auction in El Salvador will motivate others, just like his father, to grow specialty coffee. “Over the past five years of the Cup of Excellence El Salvador program, on average, more than fifty percent of the top five are from Chalatenango… That’s impressive,” he said.

“As we continue to work with the humble local farmers in the mountains of Chalatenango, to help them see how growing specialty coffee can not only improve things for them now but also for their future generations, we will see more and more farms reach the point where they are ready to offer their produce to the world – and coffee auctions such as Project Origin will be there for them.”

3. The Cause of Sustainability

Coffee auctions don’t just create a demand for specialty; they are the key to sustainable specialty. Jorge was keen to impress on me that producing specialty is unreliable and expensive; without the high acclaim that coffee auctions bring, it’s too much of a risk.

“Operating a coffee farm is not cheap. You cannot just plant a few trees and away you go. You constantly have to be planting to protect from disease, fire, etc. – if not, your plantation gets old and sick and… dies. You have to keep investing and it takes a lot of money,” he said to me. 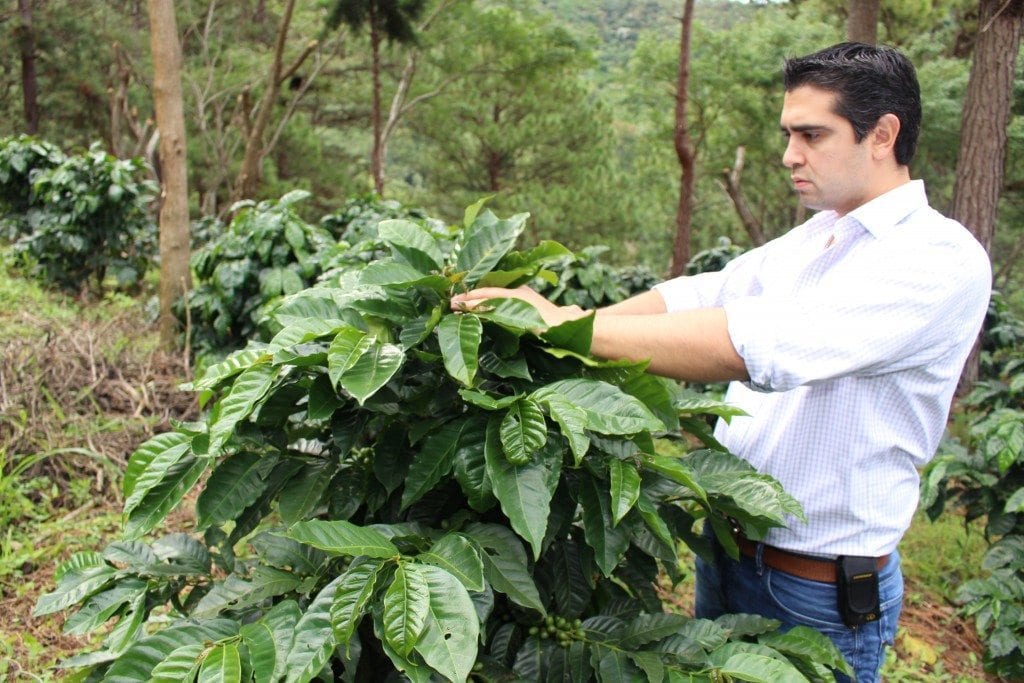 “It’s very expensive to come up with high end specialty coffee. Sometimes a lot of coffee will be good, sometimes it won’t be. Let’s say we have a lot of 10 bags that doesn’t turn out well. If, because of auctions, we can get a lot at ten dollars a pound or twenty dollars a pound, then we can increase our average prices – and then we’re ok.”

4. The Driver of Innovation

This tenacity would prove to be essential when he began experimenting with different processing methods. And in fact, many thought him crazy – until a coffee auction made all the difference. In 2014, with a new honey process, Jorge entered Cup of Excellence and placed 1st. In 2015, they tried another new process, natural, and placed 8th – and also got the third best price per pound at auction.

This level of expertise isn’t easy, and it doesn’t come cheap; without the acclaim that a coffee auction brings, it’s hard to see how Jorge would justify it. His team includes four engineers and an engineering intern from the Zamorano Pan-American Agricultural School in Honduras, who’s writing a paper with them.

Yet it’s not all about money. Jorge said to me, “I’m proud to say that we take a lead; I like to be cutting edge in research in technology. So that people can say you know, Santa Rosa was good last year, but this year, it’s amazing!”

The Future of Coffee Auctions in El Salvador

I asked Jorge about the change in Salvadoran coffee auctions, as the El Salvador Cup of Excellence program pauses and Project Origin begins. Would it make much of a difference to him?

Cup of Excellence, Jorge said, “took away the fuel for our car. We were counting on that event to happen… The lots we sell give us the ability to keep going and at the same pace.”

With Jorge’s proverbial car running out of gas and no gas station at which to refuel, something had to be done. “Having been introduced to Sasa Sestic by John Gordon, a good relationship was struck and… another auction seemed the logical thing to do.” 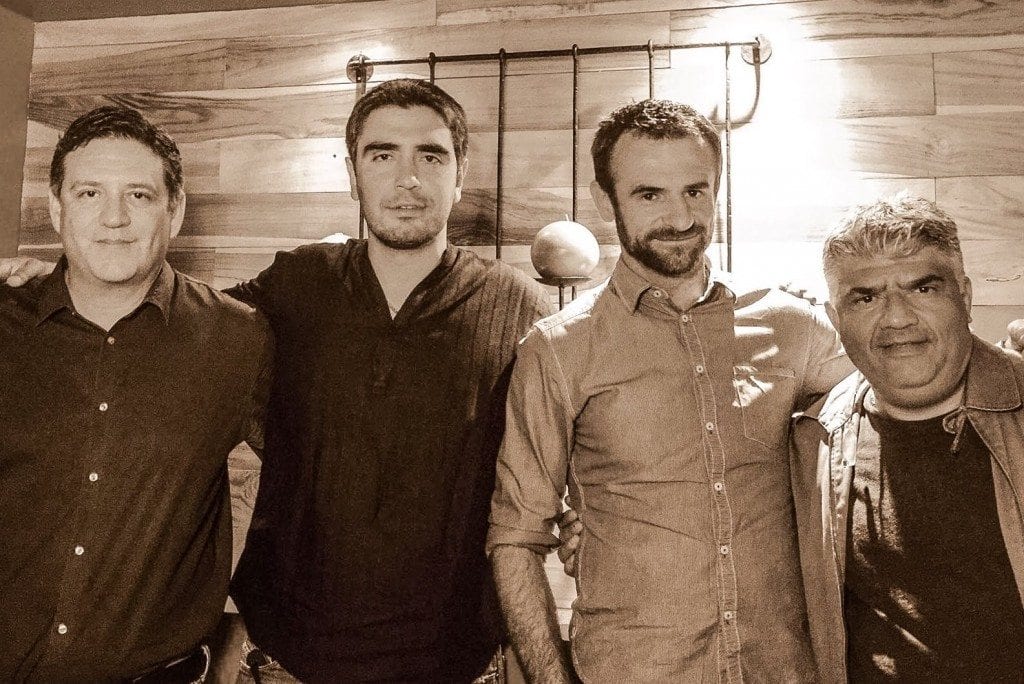 The guarantee of future coffee auctions brings Jorge relief. For him, coffee auctions are vital. His family may no longer face the lumber crisis of the past, yet the publicity still brings him a sustainable income and a reason to innovate. And for many farmers in El Salvador, the auctions are the spur to begin producing specialty – something that, I am sure, many of us consumers are also very grateful for. 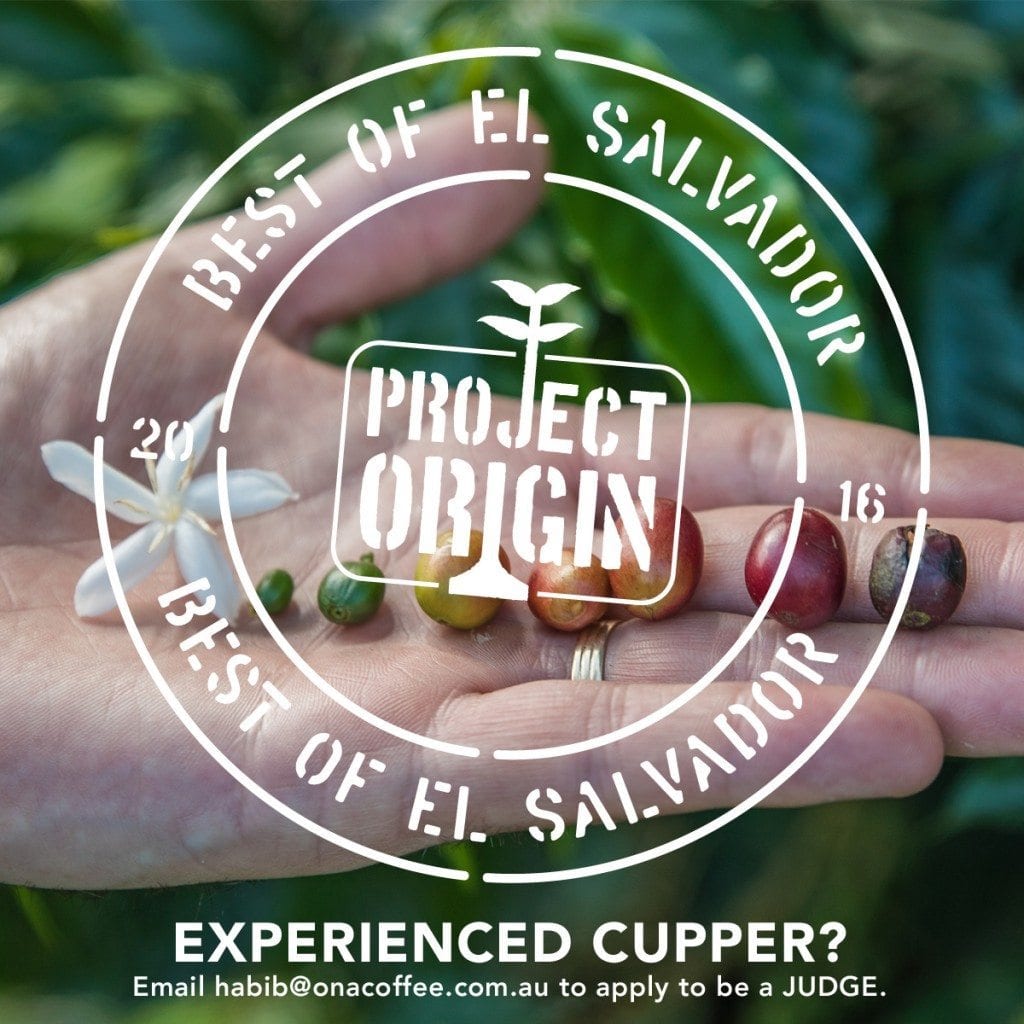 Written by B. Bauder and edited by T. Newton.