Espresso Machine Mods: 4 Reasons to Use a Naked Portafilter

The naked portafilter is an increasingly popular espresso machine mod in the specialty world. But why? And does it actually make a difference to your coffee?

We’ve taken a look at its purported pros and cons to see whether you should be using it. Read on to discover the good and the bad of this trendy little mod. 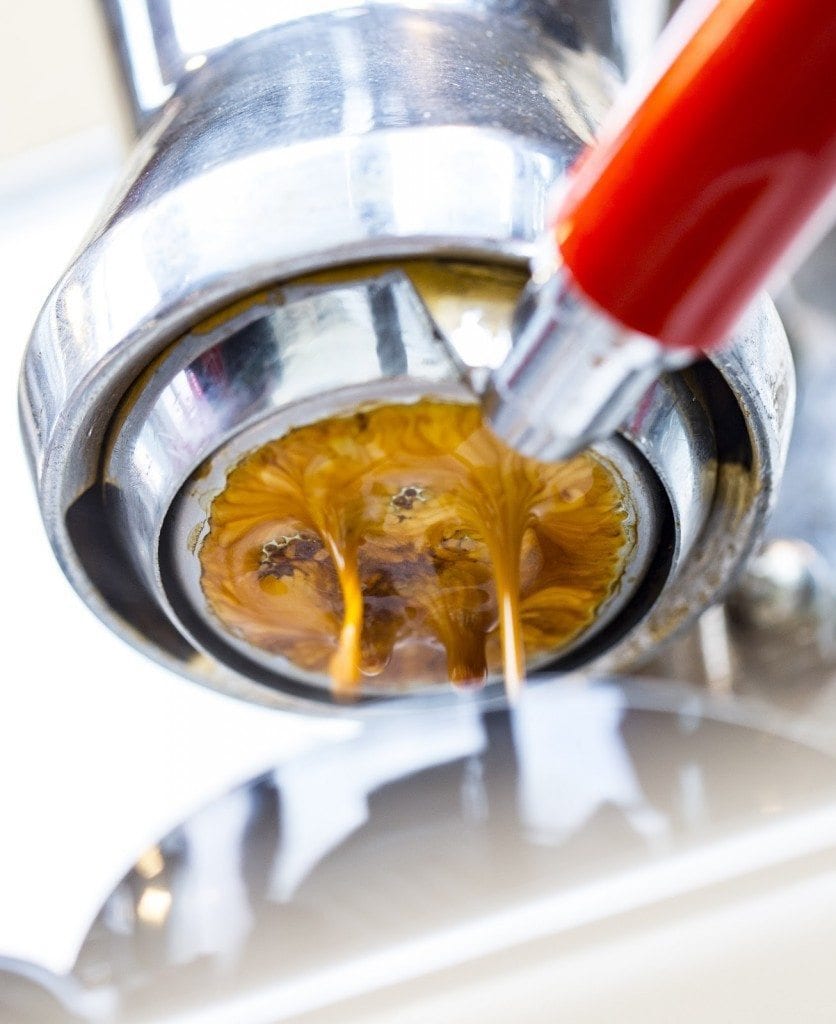 What is The Naked Portafilter?

Put simply, the naked portafilter is when the spout and bottom of the portafilter have been machined away, exposing the basket and allowing the espresso to extract directly from basket to cup.

Take a look at the spec sheets of commercial espresso machines and you’ll find that they often mention the ability to make twice as many espressos at one time as the number of available groupheads. What makes this possible is the spouted portafilter, which splits the drink in two, making it possible to deliver two single shots to two separate cups. 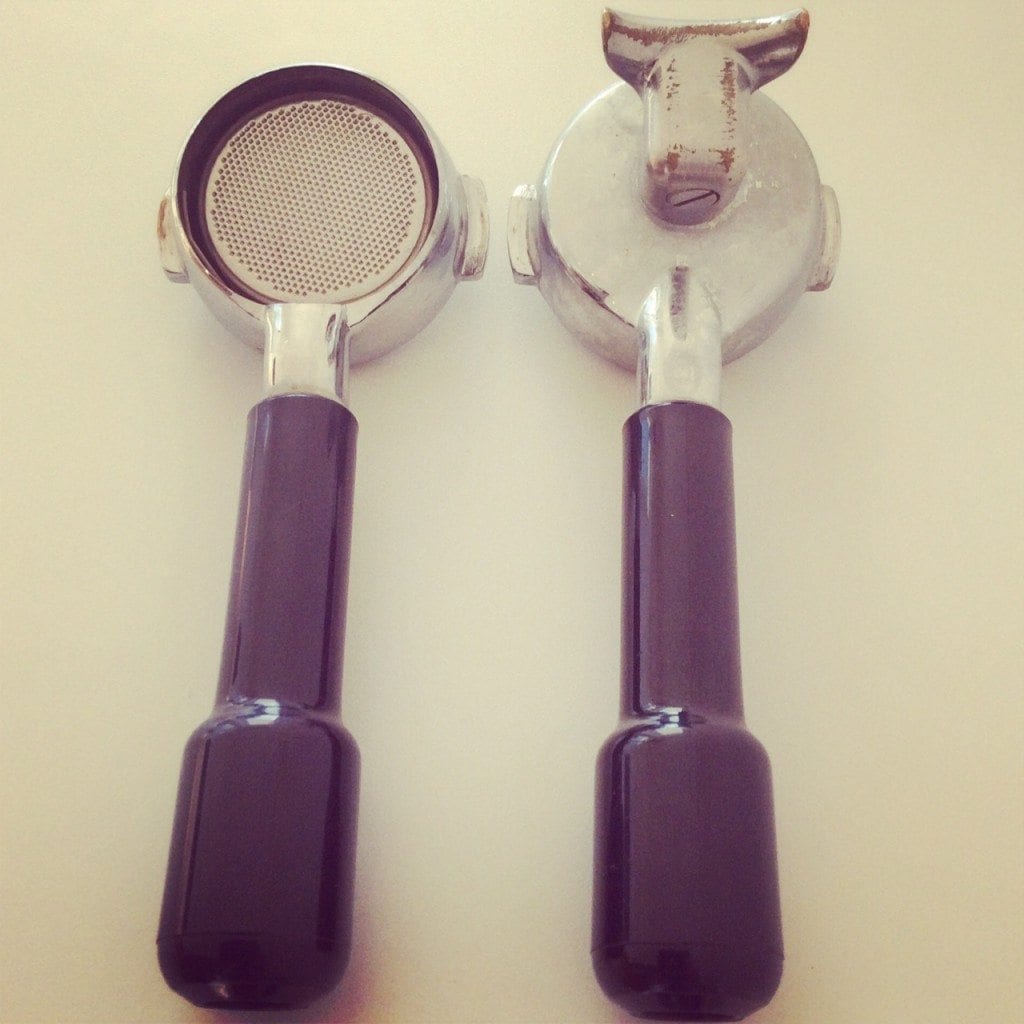 Difference between a naked and a spouted portafilter.

But in the speciality coffee industry, the single shot has always been something of a rarity – and so some baristas decided to experiment with removing the spout altogether. The question is, did it turn out to be a good idea?

Reasons to Remove The Spouts

People have claimed a number of reasons to use a naked portafilter. We’ve listed them all and examine whether they’re myth or magic.

The most frequently cited reason for using a naked portafilter is that it allows us to judge the evenness of our extraction and therefore produce tastier and more consistent espressos. The spouts of a traditional portafilter will disguise spurting and channeling but, so the argument goes, this is clearly visible with a naked one. This should, in theory, enable the barista to see the quality of the extraction from the pour. And based on that, they can then focus on methods that produce more evenness, be it through adjusting distribution, grind, or tamping.

While this argument seems convincing, it’s not always entirely clear whether a clean pour with a rapid integration of multiple streams into a single one (i.e. the type of pour considered to indicate a good extraction) is actually any better than one that has multiple streams that join much later. Remember, we’re viewing the pour after it has passed through the filter, rather than having a direct view of the puck’s extraction, so it’s not always accurate to correlate an uneven looking pour with channeling.

I’ve run naked portafilters for several years now, and have had a number of slightly strange looking pours that have tasted good. Yet when compared with prettier pours from the same coffee, there’s been little difference in taste or even extraction yield – suggesting that there’s not always a simple, clear link between the quality of the pour and the extraction.

That doesn’t mean an uneven pour is never a bad sign, though. I’ve noticed that grinders with a wide particle distribution range (typically domestic grinders I’ve encountered when training customers on their own equipment) have more of a tendency to produce uneven looking pours that also taste bad than is the case with the best commercial grinders. Yet until you taste it (or look at the grinder being used), you won’t know the significance of this. 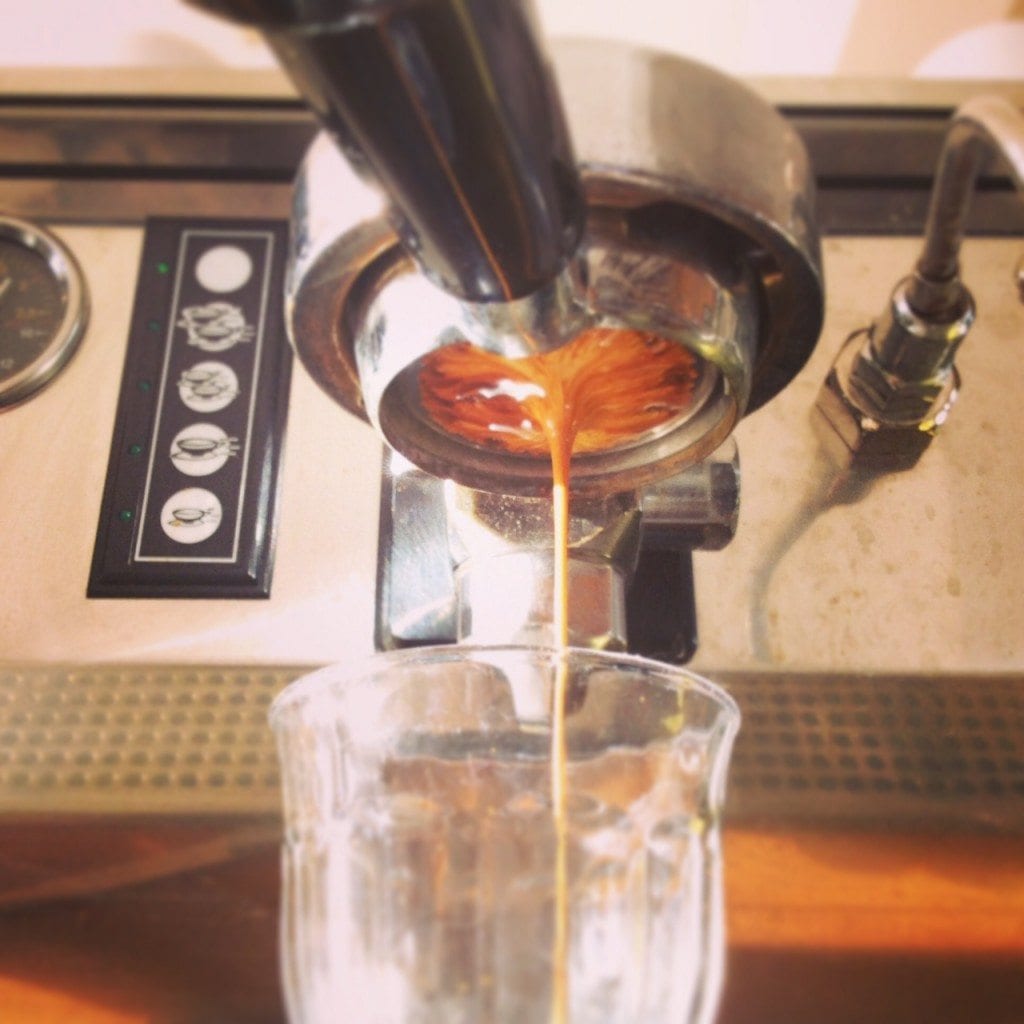 Using a naked portafilter can tell you a lot about the quality of the tamp.

All this being said, though, a naked portafilter can reveal some undesirable qualities. Streams of coffee spraying all over the machine can indicate old or spent grounds finding their way into the basket.

A less contentious advantage of the naked portafilter is the increased cup clearance it provides. This is especially helpful when using drip tray scales in conjunction with takeaway cups. These are typically far taller than china cups and so struggle to fit beneath a traditional spouted portafilter.

On the other hand, the drop from a greater height might result in a slight bubbling of the espresso. Just give the cup a vertical tap prior to serving, and those worrying bubbles will disappear.

You might hear some people claim that a naked portafilter produces more, and therefore, better crema. This logic behind this is the lack of surface area against which the espresso flows. Since the bubbles of crema don’t have the same areas of metal to stick to, the argument goes that they won’t cool as quickly, resulting in thicker and more voluminous crema.

I’ve always been slightly sceptical of this theory, as a) I’m not convinced that more crema is necessarily better, and b) I’m not certain that naked portafilters really do produce more crema anyway.

The first one is a matter of opinion, but the second is testable. So I pulled a number of shots into piccolo cups using the same coffee (a Cyanika, roasted by Colonna Coffee, 7 days from roast date, and run at 15g in, 36g out in around 34 seconds on 15g VST baskets) and my naked and spouted portafilters. Here are the results: 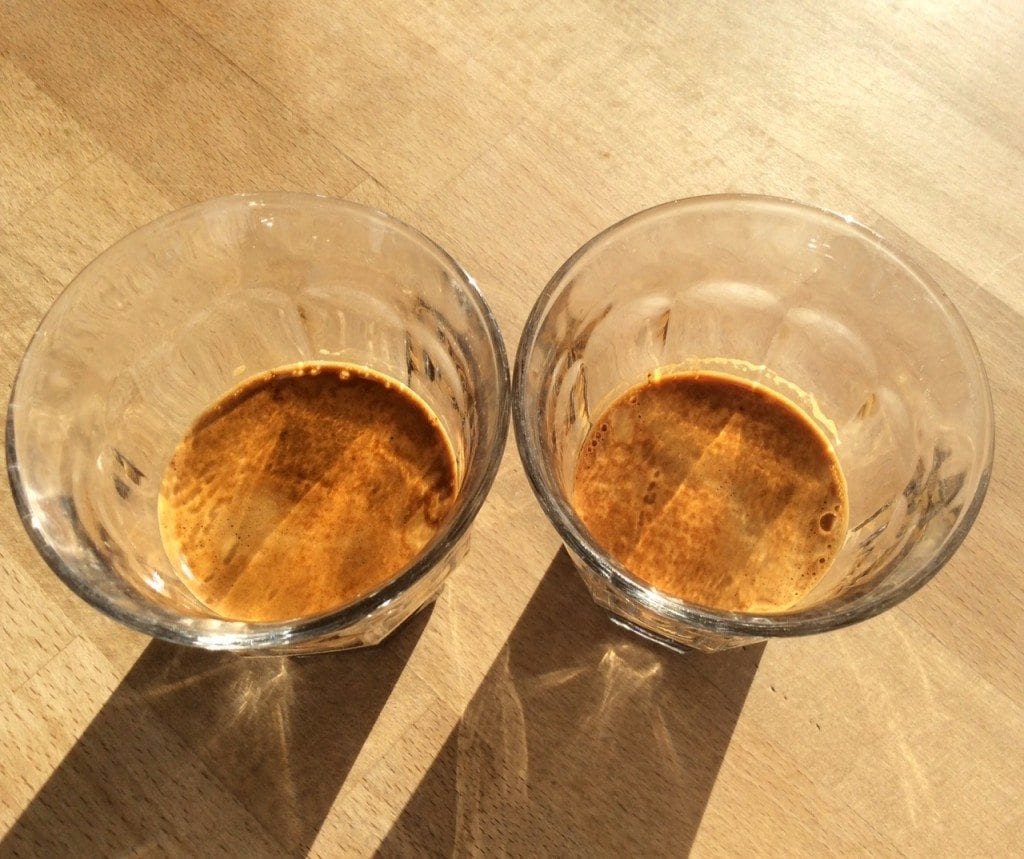 Now, this is too small a dataset to be truly scientific, but it does add quantitative evidence to what my experience had already led me to believe: that there is little noticeable difference in the quality or depth of crema between espressos made with the two varieties of portafilter.

It may not be as important as the taste or the aroma, but the trend of coffee photography is evidence enough that we love the aesthetics of coffee. And extractions really do look pretty – you only need to check YouTube or Instagram to see how many baristas have videoed theirs.

Opt for this mod, and you’ll soon be entranced by the way the espresso forms those gleaming brown and gold rivulets. This, in itself, is perhaps enough of a reason to take the plunge and go naked.

But before we go all out in support of naked portafilters, let’s look at the downsides of them.

Does The Naked Portafilter Have any Downsides?

The naked portafilter does have a couple of drawbacks, yet it’s safe to say that they’re minor.

The splashing from the greater height of the espresso creates a little more mess – but this is offset by the far greater ease of the general cleaning of the naked portafilter.

It’s also not possible to split two shots. Although it’s a rarity in specialty, if you suspect you may have customers ask for this (or just want to play it safe), you’ll need to bear that in mind. Single shots will require you to extract your double shot into a jug and then weigh out two single espressos.

Weighing Up The Naked Portafilter

So is the naked portafilter as impressive as it sounds? The reasons to get it are, perhaps, not as objective or as big as some would argue. Yet we can safely say that there are advantages to it, while there are few (if any) real disadvantages. So if you’re intrigued by this little mod, you should go right ahead.

Do you prefer a naked portafilter or a spouted one? Let us know your experience with them in the comments, on facebook, and on instagram.