The Golden Triangle: What’s the Link Between Opium and Coffee in SE Asia?

Thailand has been growing coffee commercially for centuries. It sits third among the coffee-producing countries of Asia. And yet it rarely makes it way onto the menu at specialty cafés.

One family, the Manns, has been trying to change this for the last fifty years. And for them, coffee isn’t just a route to financial empowerment for local farmers; it’s also a route away from the opium gangs that have plagued the region.

“The Thai tourism industry initially started by way of the Golden Triangle (Thailand, Burma and Laos). People came from every corner of the earth to see this exotic region. The growing of opium poppies was very normal; I would often see them during village travels, especially as a young boy. However, this crop would later be found in the form of heroin in western countries later devastating many lives. With the introduction of coffee to replace opium, it has not only brought better income to the hill tribes of Thailand, but has slowed down the destruction of lives by heroin in Thailand and other countries around the world.”

Up in the lush highlands where Laos, Myanmar, and Thailand meet lies a jungle wilderness on the shore of the Mekong River. This remote area is the key to understanding the tangled relationship between opium, coffee, and conflict in Southeast Asia.

The opium trade has deep roots in this region. And with the discovery of the opiate heroin, the trade routes between Laos, Myanmar, and Thailand earned an international presence as well as an infamous name: the Golden Triangle.

Over the years, the Triangle grew exponentially across the continent; small-time smugglers grew into fervent soldiers, and local cartels banded together into regional armies. Thai villagers struggled to survive in the midst of violent upheaval. Legal or not, they turned to the most profitable crop they could find that grew well in the hills they lived in: opium. 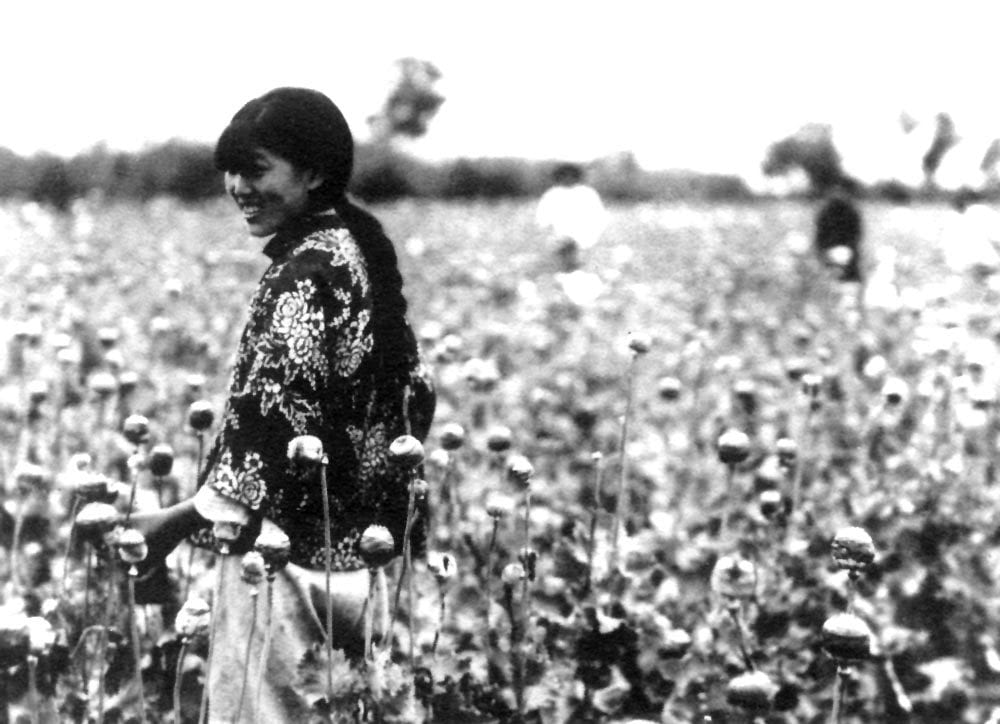 Attempting to End the Golden Triangle

It was in this Golden Triangle that expatriates Richard and Marlene Mann set up The Integrated Tribal Development Program (ITDP), with the goal of seeing tribal Thai villages become self-sustainable. More than half a century ago, they sought to build a united community out of the Northern Thai people that were divided under the oppression drug cartels and human traffickers.

Their chances of success: seemingly slim. They were attempting to battle powerful forces. 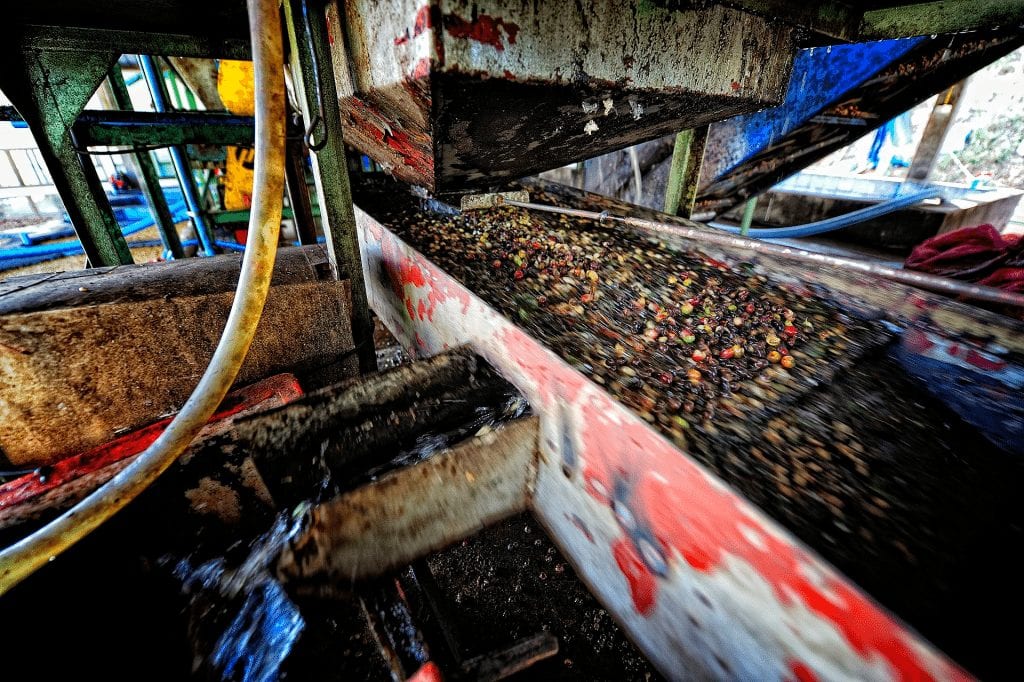 For decades, tribal people had lived in fear of drug syndicates that were as powerful as they were violent. Nor did this just stop with the introduction of the ITDP.

In 1985, the infamous cartel leader and warlord Khun Sa, known as “the Opium King,” reached heights of military and political power that had not been seen in South Asia for centuries. Backed by his homemade Mong Tai Army, a union of over 20,000 drug traffickers turned warriors, he began battling Burmese government forces.

Fortunately, the reign of Khun Sa ended in the ‘90s. However, drug trafficking and civilian casualties in the Golden Triangle remained frighteningly high. For many impoverished Thai farmers, the allure of growing opium remained in its high cash yield; a single kilogram of it could sell for up to $500.

A view from the village of Mae Chan Tai, in the hills of Chiang Rai province. Credit: Wikimedia Commons

To combat this growing issue, the governments of the Golden Triangle teamed up with the United Nations International Drug Control Program and began what they called opium replacement; here’s where our wonderful beans come in once again.

Alongside sugarcane, coconuts, cacao, and a few other profitable crops, coffee was introduced to Thailand on a widespread and near-industrial level. Coffee has since grown into one of the country’s favorite cash crops, filling commercially and community-owned fields and paddies across Chiang Mai. 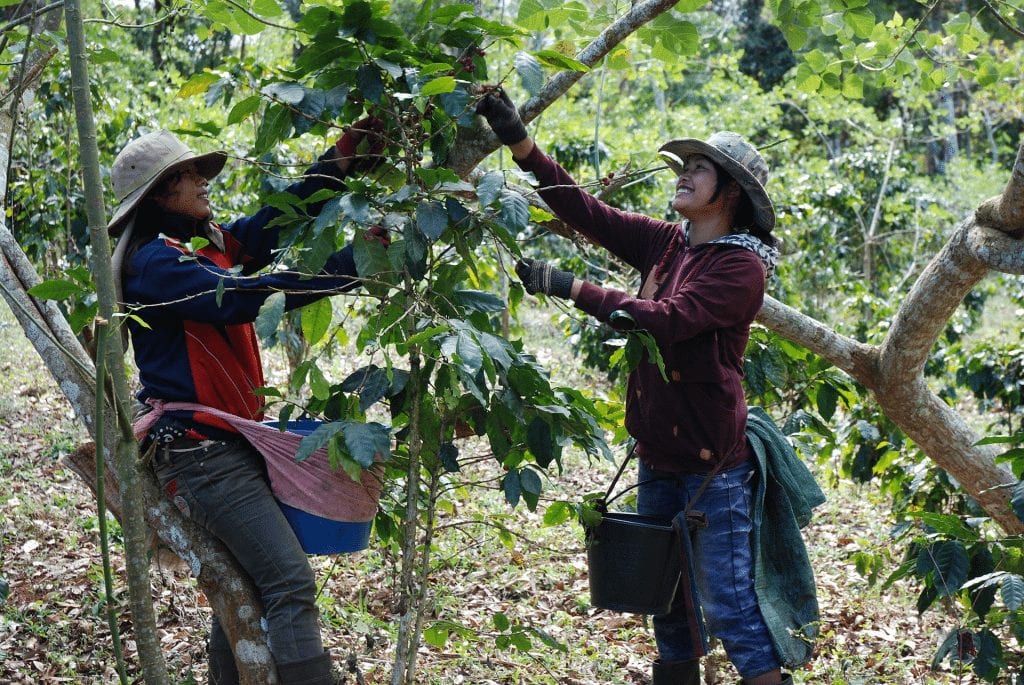 Today, Thailand is one of the most successful examples of opium replacement. Coffee now plays a key role in the Thai economy, and the ITDP is still running strong. Richard and Marlene’s son, Michael, runs Lanna Coffee Company in Northern Thailand. Over 150 villages now grow sustainable Thai specialty coffee, and 100% of the crops are owned by the villagers who now sell their coffee at up to twice the Fair Trade value price. Just like their coffee, tribal villages have grown with the strength of united communities and a love for the wildest of wild lands.