Guatemala: a tiny country of 108,890 square kilometers producing some of the world’s best coffee. Let me put that into perspective for you. That’s less than half the size of the UK. Less than a third of the size of Malaysia. And less than 1/70th the size of Australia.

Yet this small little country produces a great many varieties of coffee. With its range of climates and altitudes, good – and very different – coffee can be cultivated almost anywhere in the country.

So if you’re keen to explore Guatemalan coffee, we’ve decided to help you out. We’re going to look at the country’s eight different coffee-producing regions, and the geographical differences between them. See if you can taste the differences in a cupping session.

The Acatenango Valley sits at an altitude of 2,000 meters. You’ll find leafy forests nourished by the minerals produced in nearby volcanic explosions. The area also has a low temperature, with breezes from the Pacific Ocean bringing relief from the Central American heat. This, in combination with distinct seasons, allows coffee to be sun-dried. 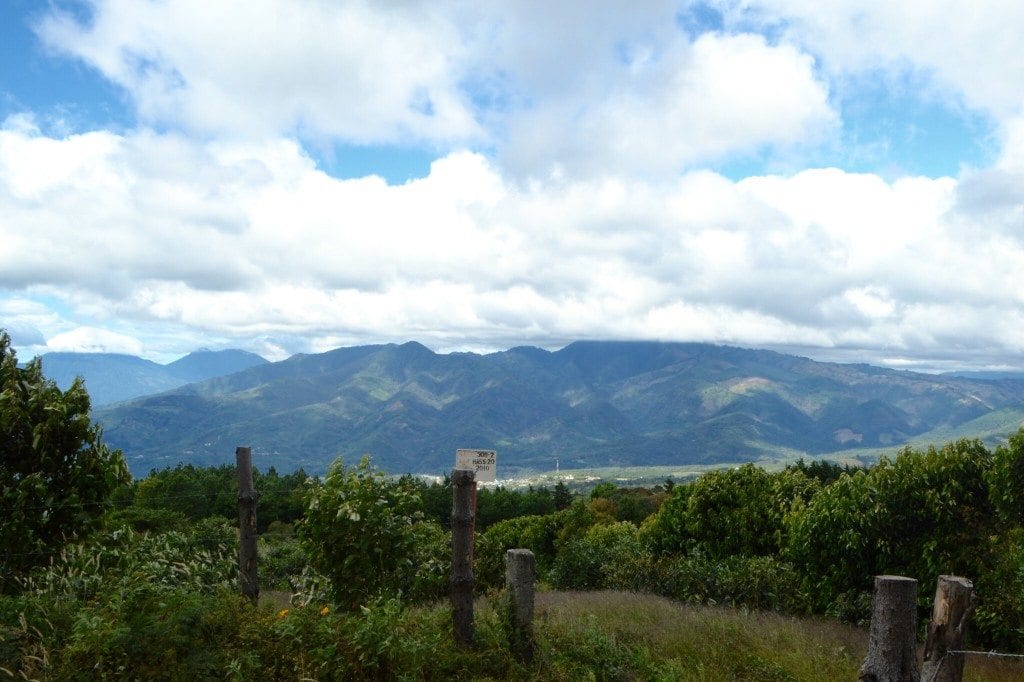 The valley of Acatenango.

Fertile volcanic soil, low humidity, sunny days, and cool evenings characterize the coffee region of Antigua. The valley is surrounded by three volcanoes: Agua, Fuego and Acatenango. And every once in awhile, Fuego will send up a fresh layer of ash rich in soil-nourishing minerals. These minerals, just like in Acatenango, make Antigua a great place for coffee cultivation. 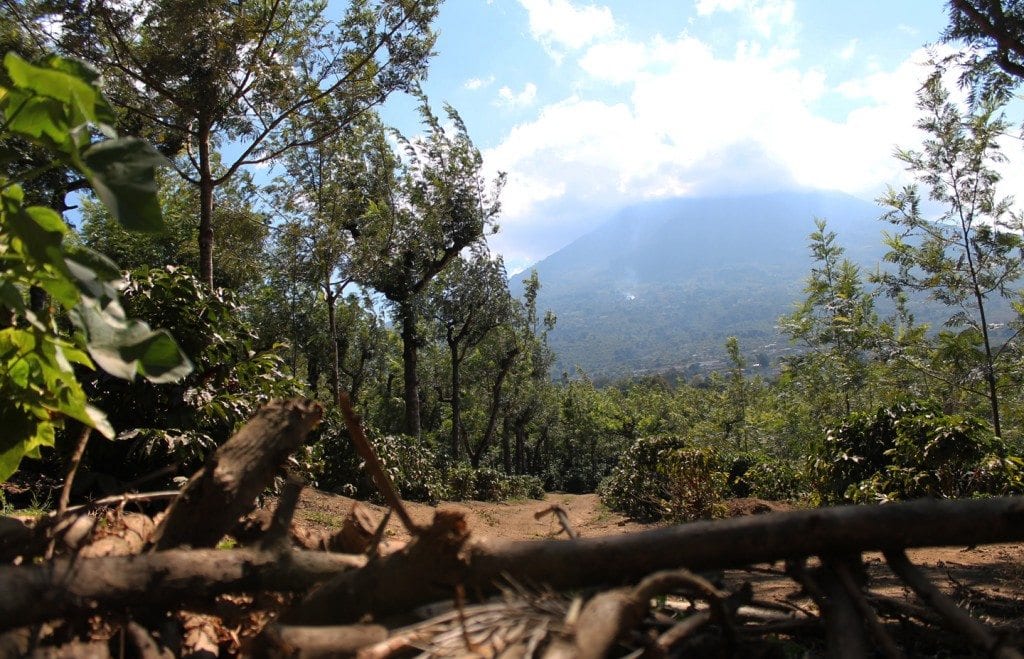 Of the five volcanic regions in Guatemala, the soil of Atitlán is the richest in terms of its organic matter. In fact, ninety percent of Atitlán’s coffee is cultivated on the sides of the volcanoes surrounding the majestic Lake of Atitlán. Yet it’s not only the soil that impacts Atitlán’s coffee: winds known as Xocomil influence the region’s microclimates. The region’s coffee is artisan in nature; many small producers dedicate themselves to its harvesting. 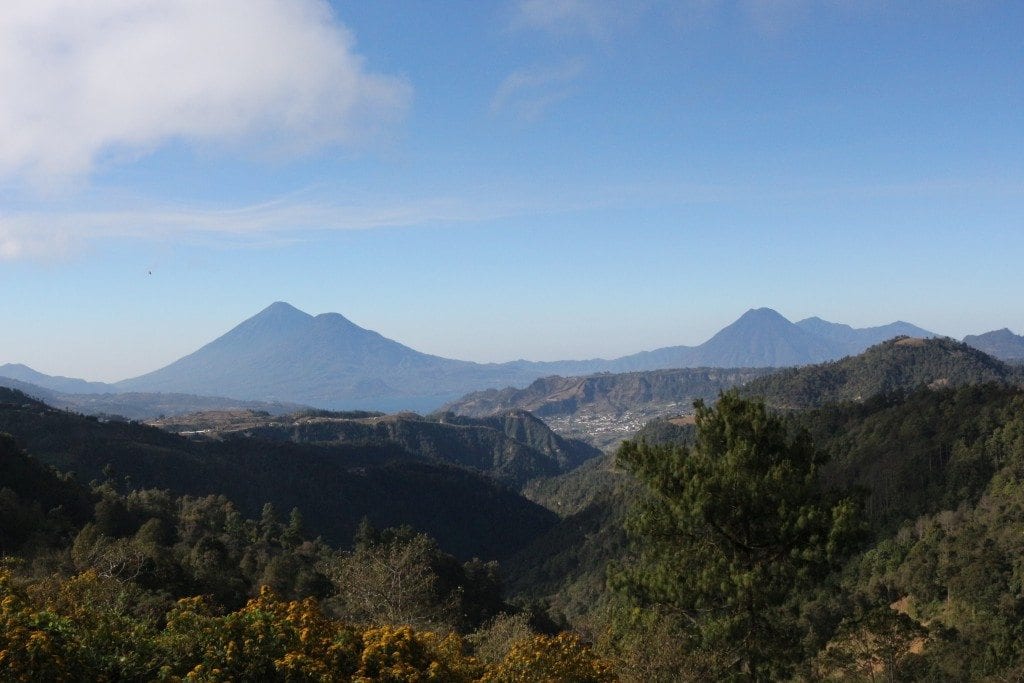 Cobán is extremely rainy, cloudy, and cold all year long. Forget about a dry day: in Cobán, when they say the rain is letting up, they mean it’s drizzling. Then there’s the chipi-chipi, a light mist that never departs. And it’s under this mist that coffee is grown, although mostly in the mountains where a tropical influence arrives from the Atlantic.

High altitudes, a lot of rain, variable humidity, and an active volcano characterize this region. The Pacaya volcano, the most active of all the volcanoes in the country, frequently blesses the area with a deposit of ashes that nourish the soil with crucial minerals. Additionally, the dry season brings a lot of sun. Clouds, fog, and drizzle may be common in the morning, but the soil dries quickly, allowing the coffee to be sun-dried.

One of the three non-volcanic regions of Guatemala, Huehuetenango is the highest and driest. Thanks to the warm and dry winds that blow towards the mountains from the Mexican plains of Tehuantepec, this region is protected from frost. Coffee is grown at an altitude of 2,000 meters and, because it is a remote region, most producers process it themselves.

Ever since the ‘50s, the coffee here has been grown almost exclusively by small producers. It used to be one of the poorest and most isolated regions of the entire country but, nowadays, almost every farm in the mountains produces coffee. As of such, the region is seeing significant economic growth. And as for the climate, the east is rainy and cloudy, and the soil has a good balance of minerals, being an old volcanic region.

San Marcos is the hottest of all the coffee regions, but it also receives the most rain at a total of 5 meters annually. The rainy season begins early, producing the fastest bloom. Like in all remote regions of Guatemala, most of the coffee is grown on farms which have their own processing methods. However, since the rain can fall unexpectedly during the harvest season, typically the producers will begin drying the coffee under the sun and then finish it in a Guardiola dryer. 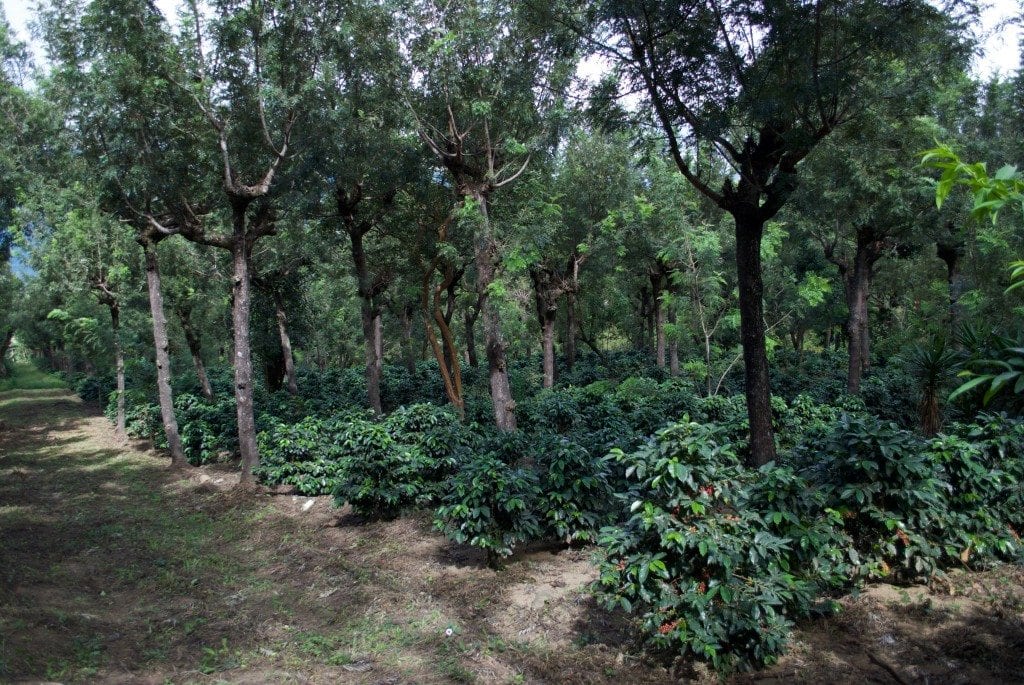 The hottest and rainiest of all the coffee producing regions of Guatemala: San Marcos.

So now that you know about the eight regions, it’s time to put this knowledge into practice. Buy some Guatemalan coffee, take a note of the region, and see if you can taste the effect of those volcanic minerals, that misty drizzle, and those microclimates.