What if I told you that Brazilian coffee is one of the best around—and has a long history of being great? Would you believe me?

Possibly not—the coffee in Brazil is often underestimated, even with specialty’s focus on origin and transparency. What many people can’t believe is that Brazilian coffee can be just as good as coffee from other countries. But it’s true. At the end of the day, a 90-point coffee from Ethiopia, Kenya, Colombia, or Costa Rica is the same quality as a 90-point coffee from Brazil. They simply have different cupping profiles.

SEE ALSO: The History of Brazilian Coffee & The Story Behind ‘Daterra Full Bloom’

And this causes real issues for specialty coffee farmers in Brazil, as they struggle to gain recognition (and therefore fair prices) for their wonderful beans.

So how did this happen? How has third wave coffee been fooled like this?

It all comes down to our past and to global market forces.

The 1970s: The Golden Age of Brazilian Coffee

In 1970, the first specialty coffee plantation in Brazil was started in an ecoregion called the Cerrado. The Cerrado, which covers much of the states of Minas Gerais and Goiás, is known for its iron-rich, acidic soil. Its unique weather conditions consist of a warm, wet summer followed by a dry and cold winter with low humidity.

But what does that have to do with coffee? Well, this combination of great soil and weather allows some pretty amazing coffee to grow.

At the same time, the economy of Brazil was struggling; coffee producers in the Cerrado had to do what they could to make themselves stand out. They experimented with different processes and tried hard to produce quality coffees that would bring in top dollar.

And all of these factors encouraged a wide variety of quality specialty coffees to flourish. Yet it was too good to last… 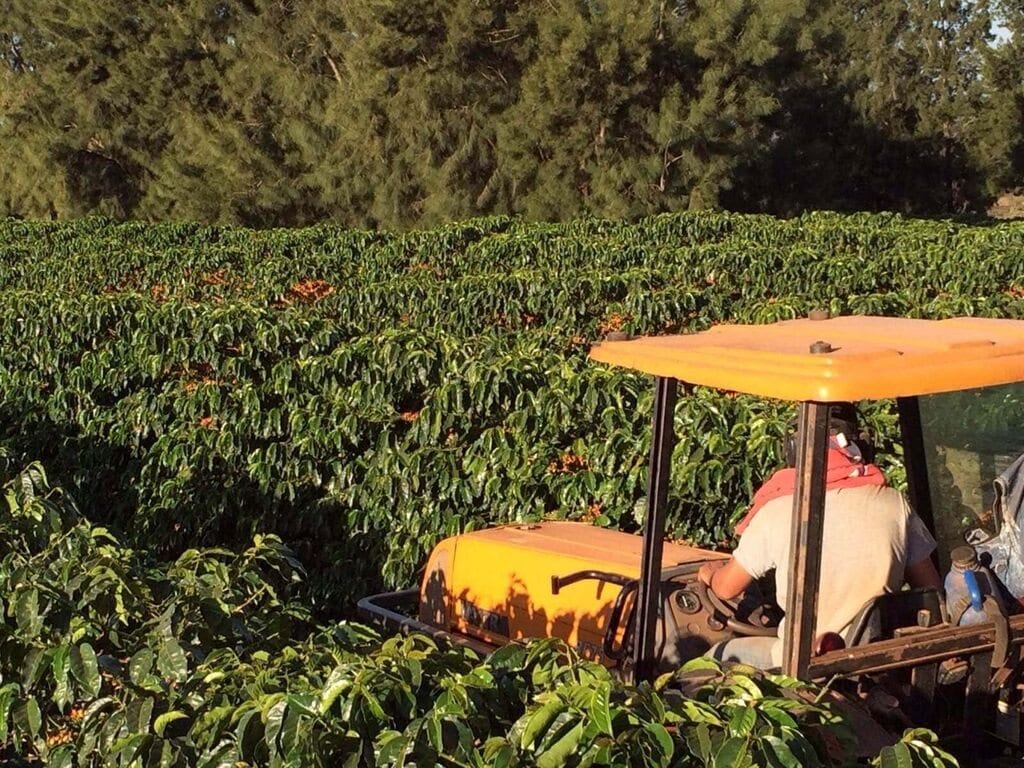 The Black Frost of Paraná

July 18, 1975, marks a historical moment in the story of specialty coffee in Brazil: the Black Frost of Paraná.

If that sounds ominous, it is. In Paraná, a coffee-producing state in the south, a hard frost hit the region that morning. It destroyed the coffee on almost all the plantations. If it weren’t for this frost, those plantations might have produced around 30 million bags of coffee.

The problem is, we’re the world’s largest producer of coffee. This one night drove up the price of coffee all around the world. 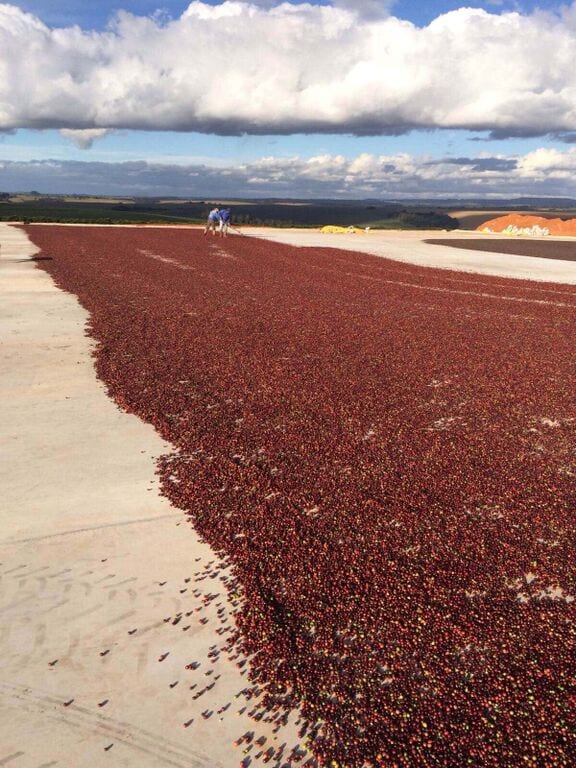 Unfortunately, Brazil’s leaders didn’t understand the complexities of the problem. Their response was to stop investing in quality coffee.

And from this point on, our beautiful coffee had the connotation of quantity over quality.

I remember my grandfather telling me about his struggles during this time—about how he held 200 bags of coffee in the warehouse for 12 years. Nowadays, it might score 90 points on the quality scale. He refused to sell it for the same price as the commodity coffee that the government now supported—but nobody would buy it, because they didn’t believe it was worth the extra money. 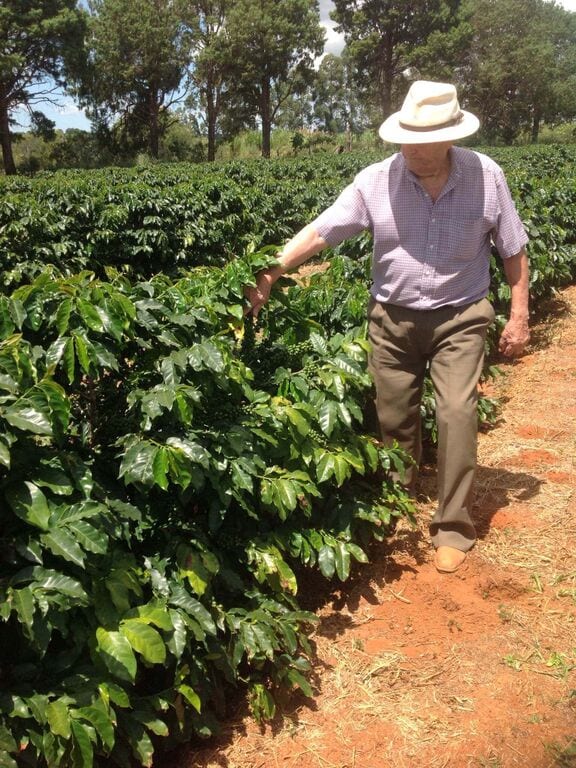 With time, Brazil slowly recovered from the black frost—yet now, there were two tiers of Brazilian coffee.

Many of Paraná’s producers migrated to the Cerrado, where they could buy 500 hectares of land for the same price as 50 hectares in Paraná. Meanwhile, the producers from Cerrado took initiative to create associations to protect coffee from the region—they wanted to show that it was special. They established CACCER (Cerrado Coffee Association Council, now called Cerrado Coffee Region Federation) in 1990, forming the geographic borders of this region of Brazil.

Around the same time, the Brazilian Specialty Coffee Association (BSCA) held the first Cup Of Excellence (CoE), an event that now takes place in many countries around the world. This helped to begin a change in Brazil’s coffee exporting policies. Small farmers took heart and started to participate in this new wave of Brazilian coffee.

And as more and more coffee shops began to pop up around the world, Brazil began promoting their specialty coffee. By 2005, all six finalists of the World Barista Championship in Seattle were using Brazilian coffee. Isn’t that an amazing turnaround? 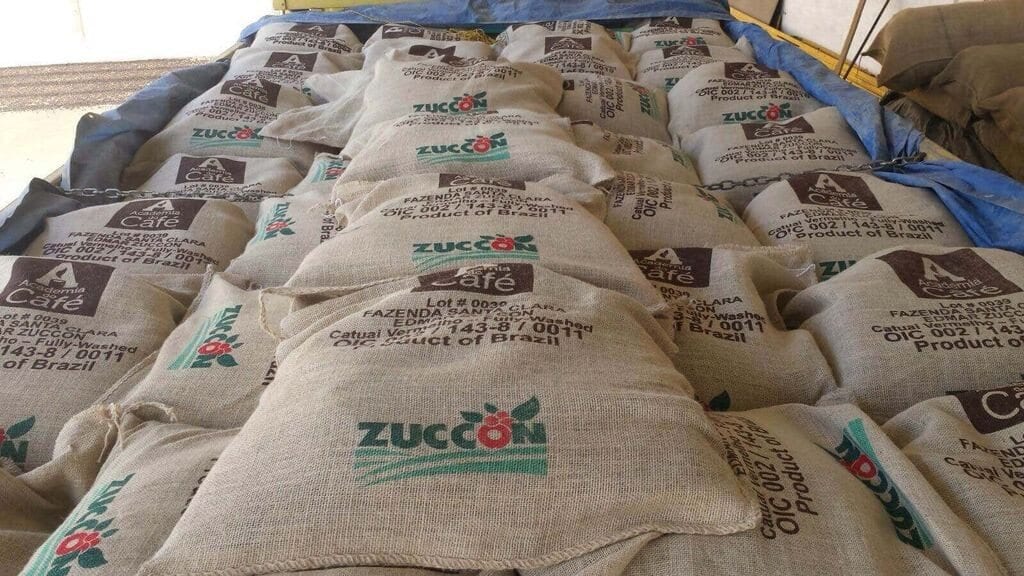 30 kg bags of specialty coffee from the state of Espirito Santo, on their way to be exported to the Netherlands. Credit: Edmar Zuccon

A New Decline of Brazilian Coffee?

Yet once again, Brazilian coffee is struggling. Right now, it’s losing its value—and its reputation. In fact, in the World Barista Competition in 2015, not even the Brazilian champion used our coffee.

One reason for this is the commoditization of Brazilian specialty coffee. With the strong impact our coffee prices have on the global market, it’s hard to avoid this. And in order to balance demands for quality and demands for commodity-level prices, some coffee producers take the easy road. They might blend together coffee from different regions and sell it as a single origin, or even blend together differently processed coffees. It’s the reason the Brazilian market doesn’t have the same value in specialty coffee anymore—why a Brazilian coffee scoring 87 is cheaper than coffee scoring the same from any other country.

How Can We Make a Change?

So what does Brazil need to help improve its specialty image? It needs producers that understand the specialty coffee concept and take it seriously. For that to happen, paying attention to the processing of the coffee is key.

Brazil has a long history of incredible coffees. We were producing specialty-grade beans in the 1970s, despite the fact that the term “specialty coffee” didn’t even exist until 1974. Our farmers have battled against market forces and climatic devastation to keep excellent coffee on the market.

Written by M. Fortini and edited by K.  Beard.