How Do You Tackle Youth Unemployment? A Barista Academy

Early in 2013, three of us sat down for a chat and a coffee. By the time we’d finished our coffees, we had a plan that was both exciting and daunting, that was a way to give back to our community, and that would empower and educate unemployed youth: we had a plan to start a barista academy.

Of course, having a plan was one thing; doing it was another altogether.

Why a Barista Academy?

In South Africa, youth unemployment stands at over 50%. After finishing school, many young people have nothing to do except stay at home, bored, frustrated, and demotivated. They have no purpose in their daily lives.

The Red Band Academy challenges this statistic. It assists these unemployed youths in entering the job market by giving them tangible skills and positive, professional mindsets.

When it comes to coffee, Shaun is an expert. From coaching to roasting and from brewing to barista-ing, there’s nothing in the coffee world that he doesn’t engage in. He identified a particular need for skilled specialty coffee makers in the Eastern Cape, which was enough motivation for us to put our Big Game Plan together and start the coffee ball rolling.

With any challenge, tools, funding, and time are important—but people are vital. People with purpose and passion are what really makes a project successful, and fortunately we had plenty of that.

Coach Shaun Aupiais is otherwise known as “The Coffee Guy.”  His passion has been essential for the foundation of this academy, and has also spread to all of our students—but what really drives him is coffee’s ability to transform a nation one person at a time.

Ryan Le Roux is driven by the desire to see positive change in our country. He also has a love for coffee and people alike. Marketing and relationship-building are his strengths, and he has used these to obtain the necessary support, funding and resources for the academy to run.

Cunning linguist Jessica (Jo) Le Roux is the key that brought the Red Band Academy’s Training Manual together. Passionate about coffee, people, and writing, she is a vital part of this academy’s makeup. 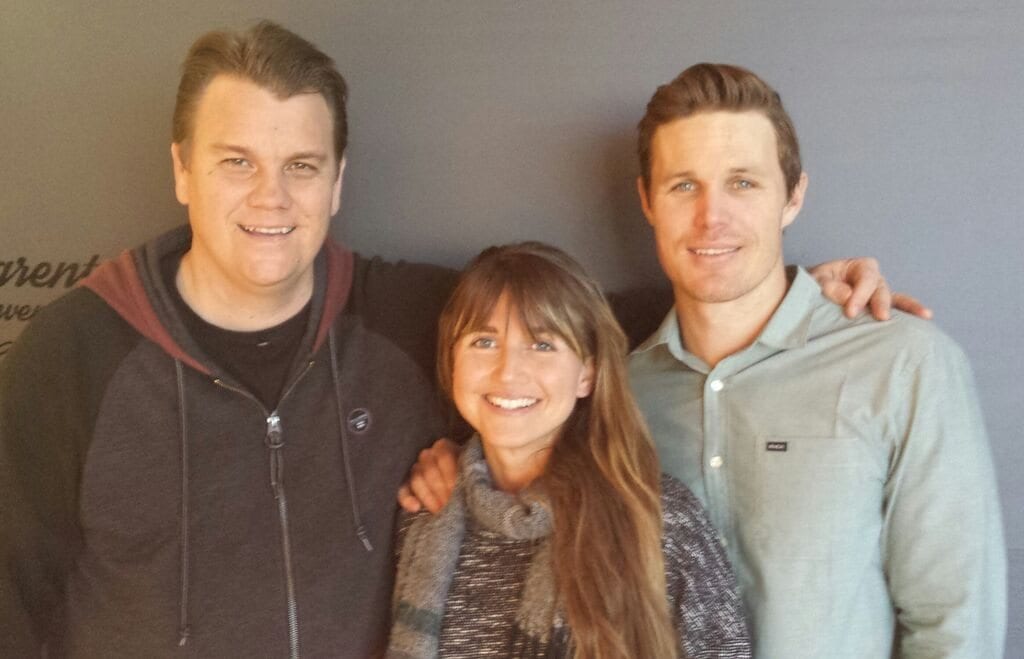 Taking the Red Band Barista Academy from a dream to a feasible business plan wasn’t easy. There were so many questions we had to answer: How long should the course be? How in-depth should we go? Who should we get involved? Where will we draw the pool of students from? How do we choose the right people? And, most importantly, how do we find the students jobs at the end?

Yet nine months and hundreds of emails later, it somehow all came together. We had produced a manual and found a home for the academy and, in the middle of October 2014, we started our first course. Since then, we’ve been privileged to witness some incredible success stories.

Our course takes place over seven weeks, and is broken into three crucial steps:

Work 4 a Living is a phase one job-readiness program from which we recruit promising students. It’s run throughout the entire country, and with Ryan as a Work 4 a Living director, a collaborative relationship naturally emerged. It not only helps us to source barista candidates; it also enables us to find them work afterwards as many organisations trust the Work 4 a Living brand.

Yet this program is more than just a selection process; it’s also a vital step in the Red Band journey. The two weeks focus on work ethic, being valuable to the employer, professionalism and financial literacy. Being a barista is more than just making coffee, and Work 4 a Living ensures that the baristas-to-be are ready to step into any business place and be a valuable asset. 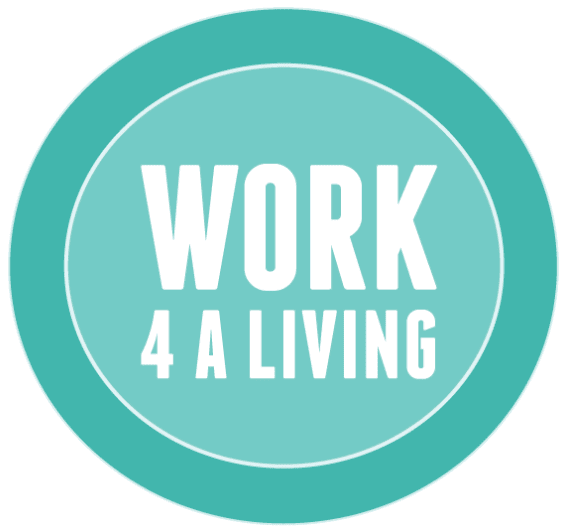 Work 4 a Living: an integral stage to The Red Band Barista Academy course.

Shaun takes over in this stage, sharing his expertise and passion with the students. We decided it was important to build a comprehensive curriculum with emphasis on both coffee theory and practical skills; our aim is to produce outstanding baristas who really get coffee. These three weeks are demanding but highly rewarding, and in the end, only genuinely skilled and passionate students graduate.

– A history of coffee

– Coffee roasting (including training at a roastery)

– The bean to cup process: the journey from the coffee tree all the way into the cup

– The science of milk (including a milk factory tour)

– Understanding and cleaning your equipment

– Making a variety of espresso based drinks

We spend the first 2-3 days on theory and then move to the espresso machine (for the most part). The students go through a strict evaluation process and on the last two days of the course are tested. Our pass mark is 80% and we take this seriously; if you don’t achieve this, you will not graduate. 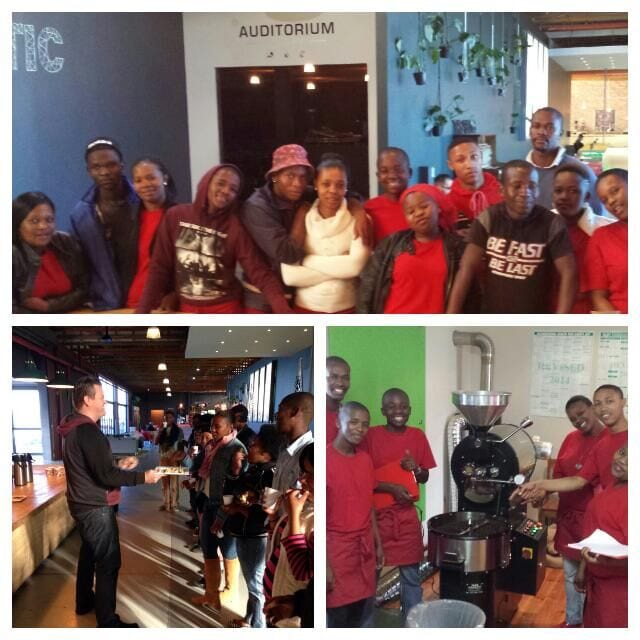 Having reached out to lots of local coffee shops, we put students in the stores to be exposed to the marketplace—yet we don’t say goodbye to them just yet. After the end of the first week of work shadow, we have a latte art competition with monetary prizes. Then, at the end of the second week, our beautiful baristas graduate. It’s been a journey of discovery for them, but seeing the transformation is equally rewarding and satisfying for us. 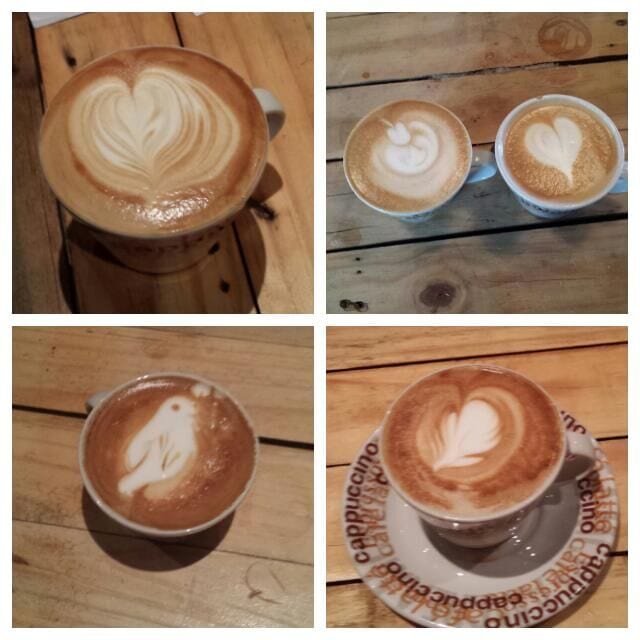 So far, we’ve run two courses and graduated 28 students, and on the completion of the last course, all 14 students received employment. We mark the graduation with a red band, which represents the values and excellence of the academy (and has led the students to describe themselves as a “band of baristas”). These red bands are presented to graduating baristas by previous students. 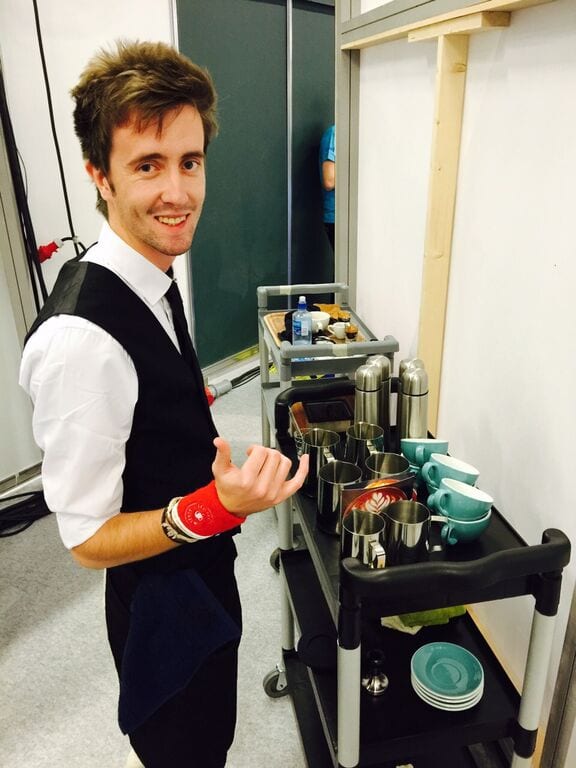 We want the level of a Red Band Barista to be a cut above the rest.  While we’ve had some challenges along the way, we’ve also seen loads of breakthrough moments and some phenomenal success stories.

Two of the baristas from our first course have been preparing to compete in the World Barista Championship regional competition. This is wonderful; these guys have been baristas for only seven months. It’s testament to their determination that they have reached this stage so soon, and we all feel so blessed to have been there from the beginning, able to watch them flourish into proficient professional baristas. 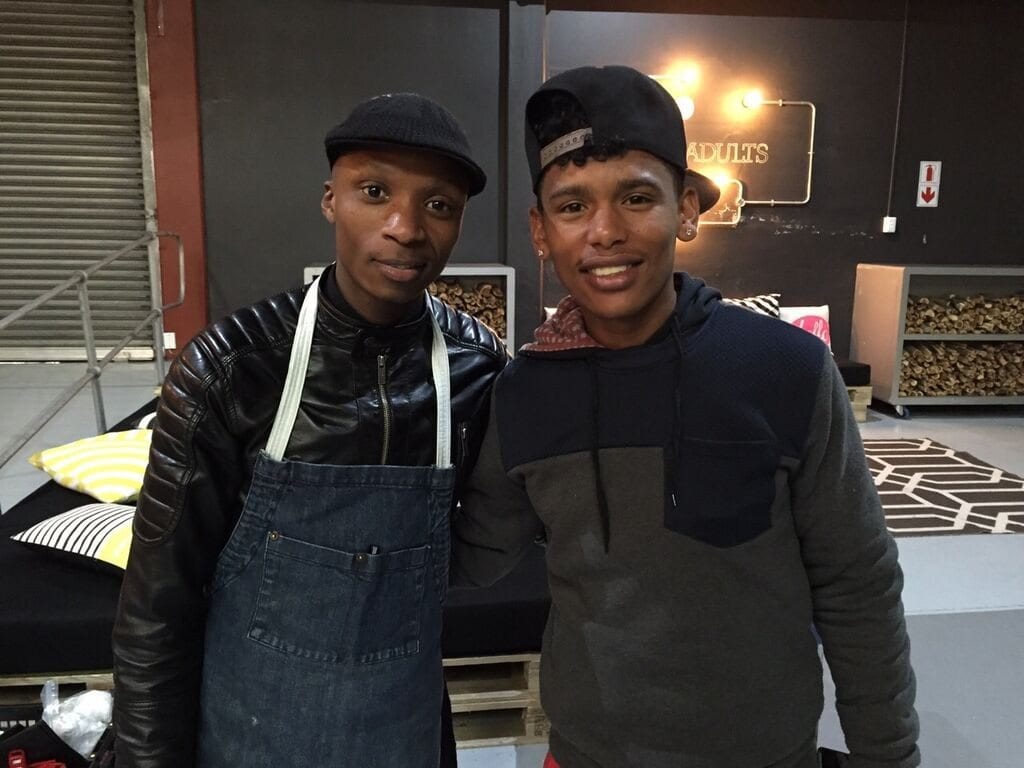 Our most recent course started on the 3rd August 2015, with 15 places open to prospective students, and we aim to run one more course before the end of the year. After that? Our long-term goal remains to change lives all over South Africa. For the next step, we hope to expand into six more cities. 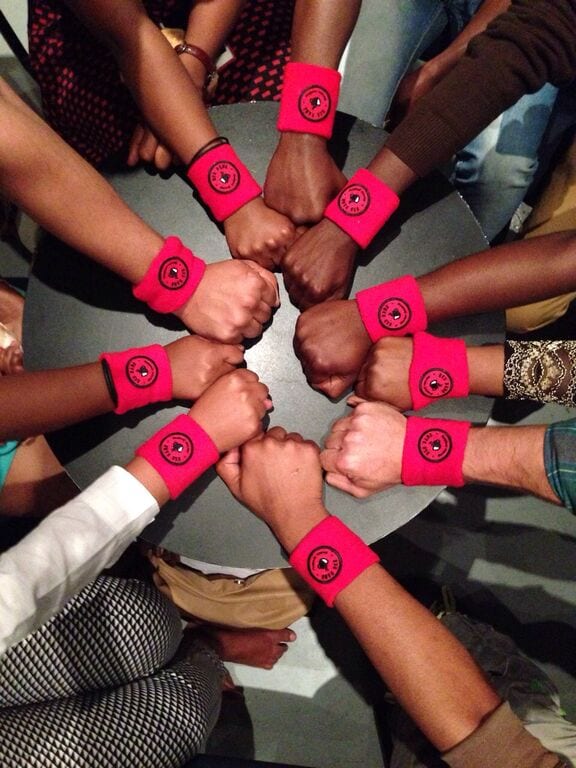 The Red Band Barista Academy has become more than an organisation to us; we are a family dedicated to the education and empowerment of others. Our students arrive as complete strangers, creep into our hearts, and then never leave us.

There will always be challenges with running a program like this, but our desire to educate far outweighs our need for finances. There are so many generous people and organisations out there, and we trust that our vision will inspire others to climb on board.

In 2013, we sat around a table as a group of friends to drink a coffee. Yet coffee is so much more than just a beverage to be enjoyed with friends. In the right hands, it is a powerful tool which can truly change lives.