El Pino Coffeenomics: Why You Should Buy Third Wave

If you ask me, third wave coffee is the most delicious way on Earth to help others pull themselves out of economic hardship. Direct relationships between producers and consumers are growing by leaps and bounds and our palates couldn’t be happier about it. Consumers around the world drink mind-blowingly delicious coffee, and progressive-minded farmers utilize these direct relationships to showcase their quality at an honest wage.

One of these farmers is Alexander Illescas, owner of El Pino Coffee. He’s a fourth-generation coffee farmer in his picturesque ancestral home of Ciudad Vieja, Sacatepequez. You’d be hard-pressed to find a man more passionate about what he does.

Yet that doesn’t mean his livelihood is without its risks. In his pursuit of specialty coffee, Alexander’s family lost everything – even their home. But he never gave up, and in the end, his passion was rewarded.

Passion Born in the Field

Alexander’s family farm is set in the lush volcanic mountains of the Guatemalan Highlands. It lies on the slopes of the now extinct Volcán de Agua, overlooking rolling hills that tumble to the valley below. Christened El Pino (the pine tree), the farm gets its name from the tall pine trees that Alexander used to wait beneath as a child while his father was working the land. At that point in time, they produced a mixture of coffee, corn, beans, and flowers. Alexander fondly recalls the days of his youth, grilling corn over an open fire, and playing carefree with his brothers in the coffee fields.

Alexander began work at the age of ten, washing boxes for his father. By the time he was eleven, he was sent to Guatemala to work in the hotel industry, polishing cutlery and folding napkins for the restaurant. Eventually the hard work paid off in the form of a promotion to barista, and so Alexander learned how to skillfully prepare coffee, espressos and cappuccinos.

As he grew up, Alexander became passionate about coffee. As he says, “nacimos entre cafetales!” (We were born amongst the coffee plants!) He learned all he could about the bean, eventually returning to the land committed to helping his family recover and foster their coffee farming heritage. 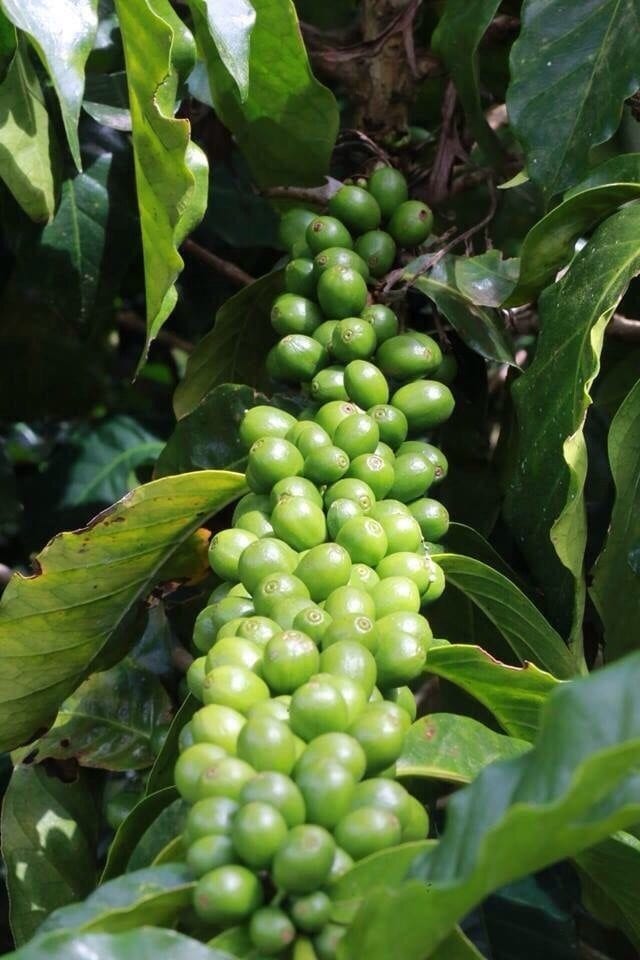 Yet disaster struck in 1996, when the family lost control of the property. Alexander was determined to recover the land, however, with the intention of building the business, focusing on increasing coffee production and rebuilding his family legacy. And when he turned eighteen, two years later, he was able to start doing so. Little by little, his family reclaimed, replanted, and rebuilt the farm, driven by his passion for coffee farming and commitment to sustaining his family legacy.

In the beginning the coffee was sold in its most basic form: the maduro (mature) or cereza (cherry). This is the fruit just cut from the plant, the raw material in the coffee production cycle, but Alexander knew that they could do much better. They were worked so hard, but seeing very little return for all the long hours laboring, and he was determined to change that – so in 2002, they took their production to the next step of the coffee process: depulping. 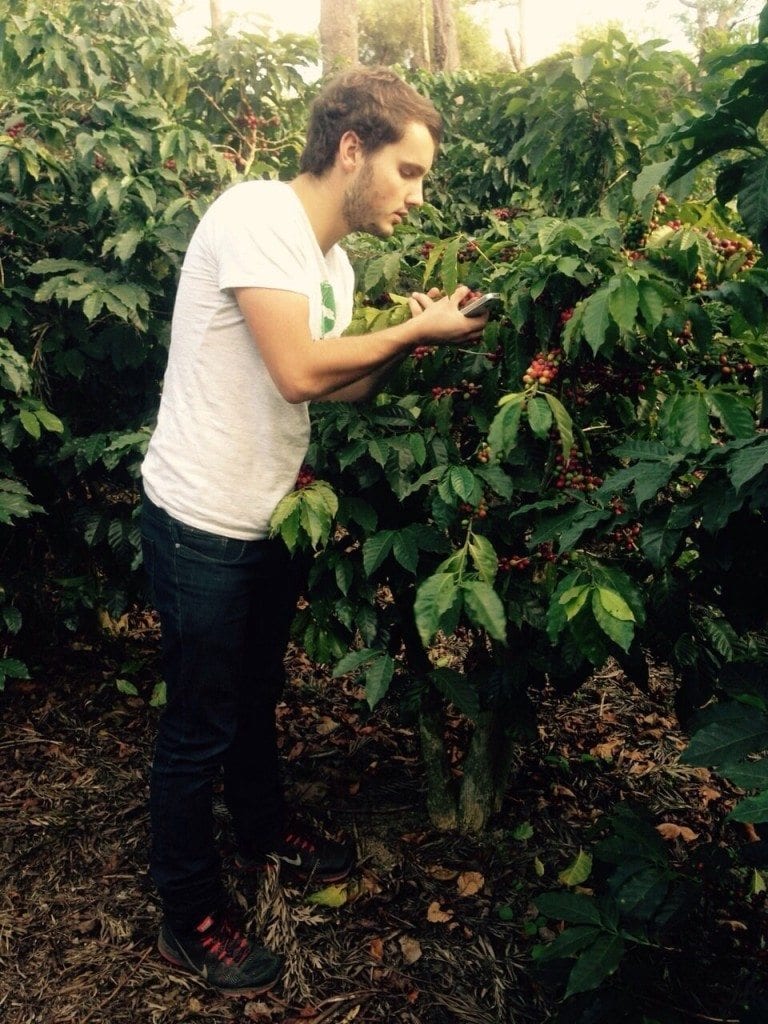 There were mixed feelings within the family about the changes, but Alexander knew the difference this could make. He knew people would pay for a high-quality cup of coffee; he knew this was the key to making the life changes they so needed. He pushed ahead, taking control of the business.

Yet what followed wasn’t success, but times of difficulty and hard work. Alexander’s family lost their home and he was forced to move away after his mother sent him to work in a coffee plantation far from home. His days would start in the predawn hours of the morning, carrying heavy sacos de café (bags of coffee) and working in the patio (the yard where the coffee is dried).

Yet Alexander didn’t despair. He took this opportunity to learn more about coffee. He didn’t yet understand how his new skills would be of benefit, but despite that, he never lost his focus. 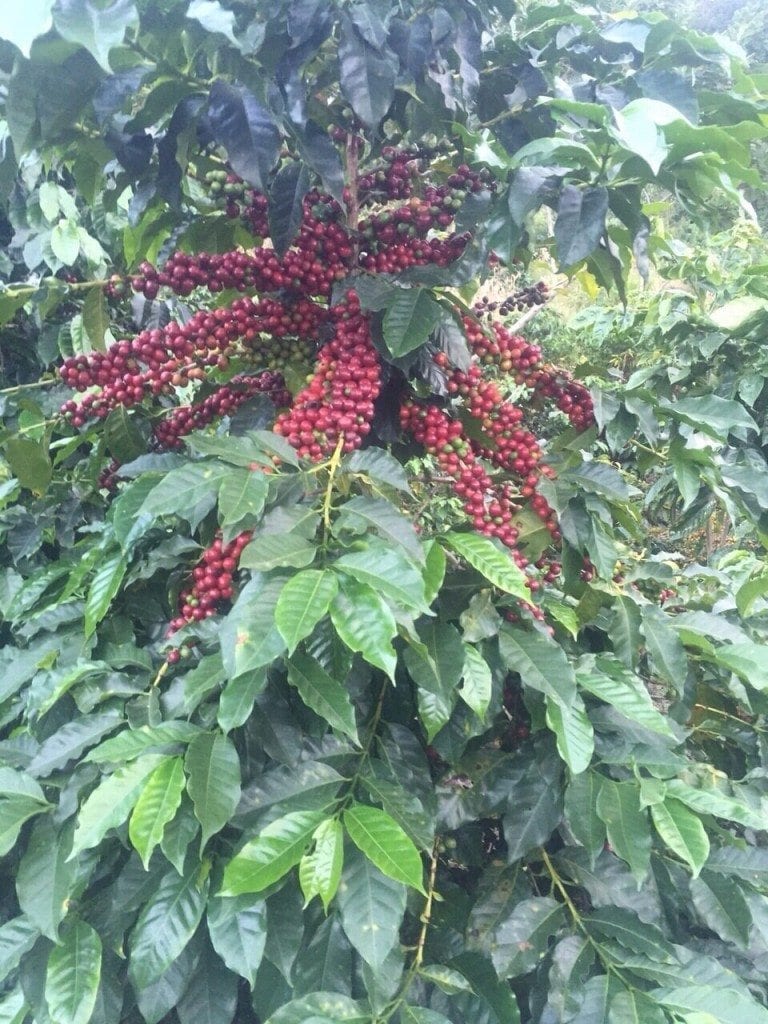 Radical Change in the Pursuit of Good Coffee

In this period, Alexander learned about the honey process, a non-water technique of depulping the coffee, and spent long days learning the procedure inside and out. At first he he was homesick, but his passion for coffee saw him making the most of his time apart from them. He continued to dream of one day bringing his skills back to the family he so longed to return to.

Returning to His Family Home

In 2011, Alexander was able to realize this dream. He returned to his family in Ciudad Vieja, Guatemala, bringing his newfound expertise with him. On February 17th, 2011, he performed the honey process on his first batch of the family’s coffee, using a neighbor’s yard to dry the coffee. Harvesting, depulping and drying the coffee was tough. It took three days to bring each batch to completion, but at the end of it, Alexander’s family were left with thirty-six bags of the highest-grade export-quality coffee. In the basement of his family’s home, El Pino had been reborn. 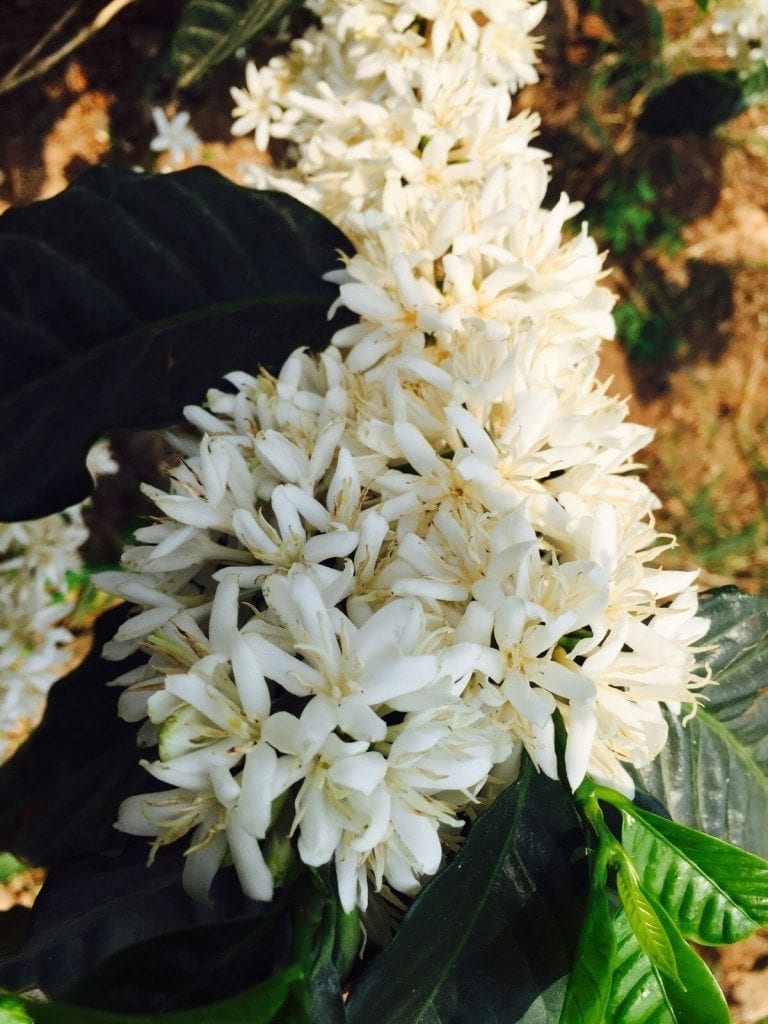 Fruits of Their Labor

By 2012, Alexander’s family were starting to see the benefits of Alexander’s radical farming methods. El Pino entered to the international market at prices of 3.55-9.65 USD per pound – pretty impressive for coffee processed in the neighbor’s yard!

Yet it didn’t stop there. El Pino progressed quickly, both in production and quality. In 2013, Alexander landed his first international contract, was able to rent a patio yard and hire a small team of three workers, and was harvesting a yellow bourbon coffee which rated 95.75 points out of one hundred on the quality scale. In 2014, they were able to move to a bigger production facility in order to take over the full range of the coffee production process, taking the harvest from from cereza to green coffee. Under Alexander’s leadership, their success, confidence, and team spirit all grew – and so did their workforce! By this point, ten people were working on the coffee.

Fast-forward to the present: in 2015, El Pino moved to an even larger facility, and with a team now twenty-five strong, Alexander initiated “Q” grade training for his team. 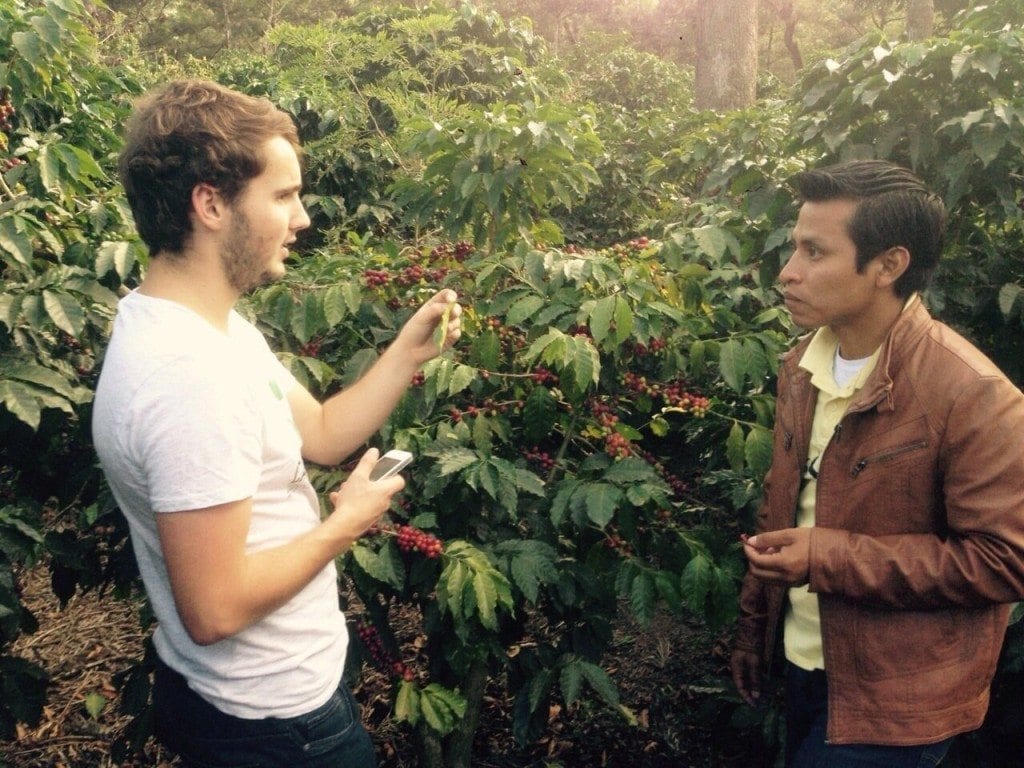 Alexander’s mission became to teach small coffee farmers the things he has learned, giving them the innovations and skills for them to be able to compete in the international marketplace with their products. The long, hard-won victories were well worth the effort.

Working tirelessly with a passionate commitment and professionalism, he is always grateful to the people who believed in him and what he was trying to accomplish. Despite his humble beginnings, Alexander has taken his product to the highest point in quality and market value – but in the end, it’s not about the money; it’s the passion that drives El Pino en Ciudad Vieja, Sacatepequez, which is why Tepetate Origin Coffee is proud to be their partner and exclusive supplier to quality-minded roasters.

Written by J. Tepetate and edited by T. Schrock.