If someone told you there was going to be a coffee shortage, what would you think? Supposing you actually believed it might happen, you’d probably panic and start hoarding precious beans—but chances are, you’d just laugh. On what planet would that ever happen?

Well, it turns out, that “planet” is communist Russia, back in the early ‘90s. The other evening, I was scrolling through google only to find this old newspaper article: 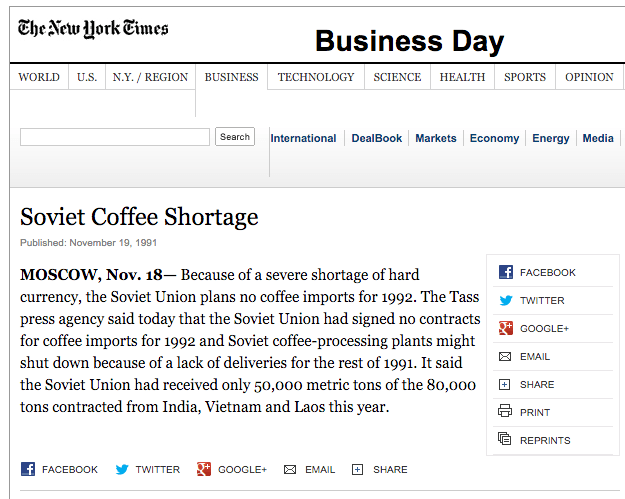 It’s odd, right? Shortages of anything are hard to believe—or remember!—in today’s globalised economy… but this was only 23 years ago. And this got me thinking. We’re used to coffee as a worldwide, readily available product. We’re used to seeing things like “fair trade”, “direct trade”, origin, varietals, and a raft of other information that tells us where our coffee is from. But it wasn’t always like this.

And that’s because, 30 years ago, the worldwide coffee industry was a market still dominated by geopolitical influences. For the Cold War powers, it was a weapon in an economic war. And in much the same way that the US undermines the Russian oil economy by pushing price per barrel down, the original International Coffee Agreement (ICA) and International Coffee Organisation (ICO) were created to help defeat communism.

Coffee producing countries are often associated with instability. Look at places like Colombia, Guatemala, and Rwanda: their supply chains are extremely vulnerable and insecure. And when you look at the list of coffee producers, there’s an overlap with historically communist governments: Nicaragua, Vietnam, and Cuba.

Back in the 1950s and ‘60s, the USA was extremely worried by communist expansion into weak developing countries. It also, being by far the biggest importer of coffee, had great potential influence over prices—and so it helped to bring the ICA into existence. How did this help? The original agreement of 1962 was designed to maintain the price of coffee at a level economically beneficial to nations reliant on coffee exports. 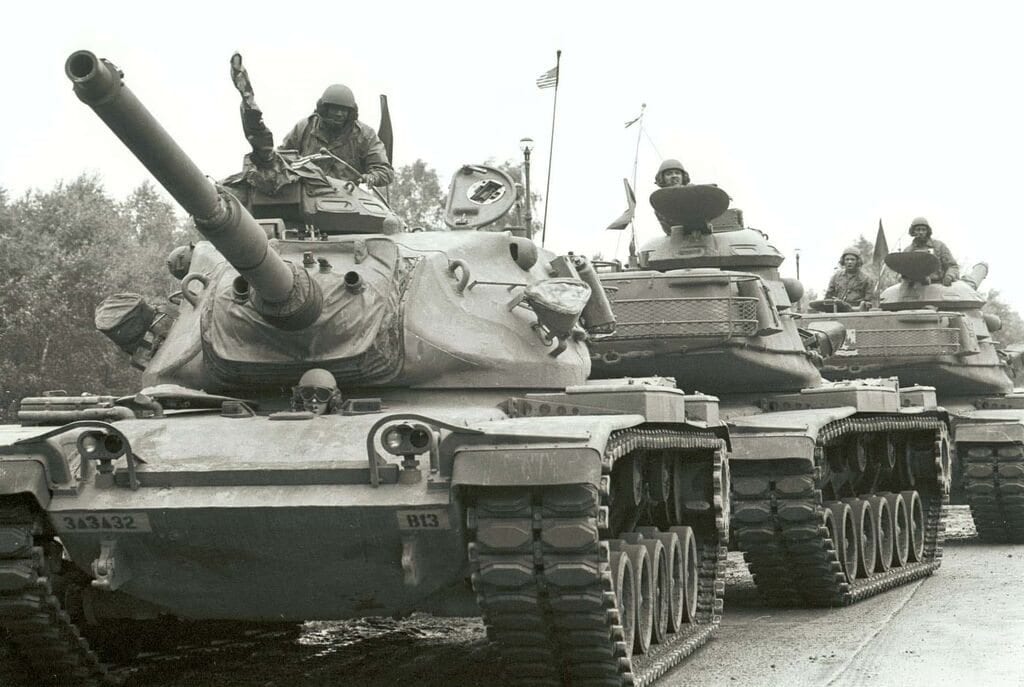 Soviet tanks had nothing on the firepower of the US Dollar in the Cold War. Credit: Wikipedia

So did controlling the price of coffee prevent communism spreading? To an extent.

Central America, in particular, experienced years of instability. In response, the US turned to direct action. They used the CIA and other unconventional forces, which often ended badly for both sides. In 1979, after the left wing Sandinista party seized power in Nicaragua, coffee production was nationalised. This threw the local industry into collapse, and so the US started a secret campaign to unseat the FSLN government. It proved bloody, ineffective, and disastrous for the country. 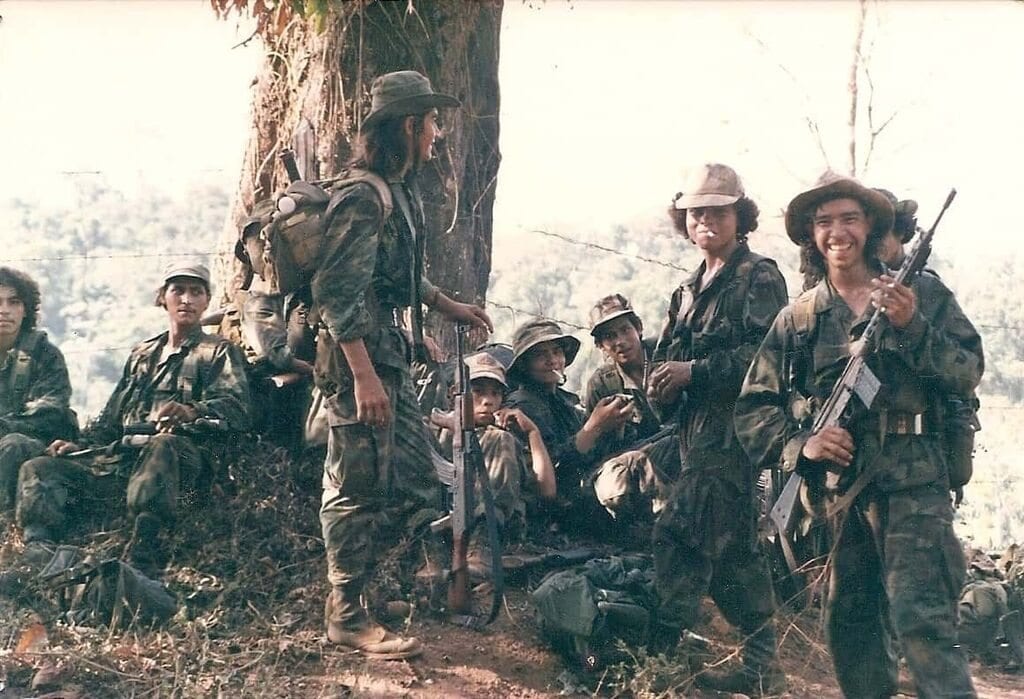 Did The Soviets Drink Coffee?

So what about the Russians in all of this? Didn’t they drink coffee too?

There’s no doubt that behind the Iron Curtain there was a taste for coffee. In various ex-Eastern bloc countries, there’s evidence that coffee substitutes (think chicory or even rye) were consumed during shortages. In Romania, a substance called nechezol was often drunk in place of real coffee. The name comes from “to neigh” in Romanian… because the ingredients were more commonly associated with horse food! It was a mixture of one quarter coffee, barley, oats, chickpeas (!) and chestnuts.

Economic data suggests that Soviet coffee consumption really took off in the 1980s. At this time, the Soviet Union’s principal suppliers of coffee were Brazil, Vietnam, Cuba, and India, with the USSR accounting for over 36% of the Indian coffee market. Cuba, after the revolution in 1959 and ensuing nationalisation, experienced a terrible decline of its coffee industry. However, it experienced a resurgence in the ‘70s and ‘80s, thanks to increasing demand from the Soviet Union. And Brazil, via companies such as Cacique and Iguacu, became major suppliers of instant coffee to the USSR in the 1980’s. 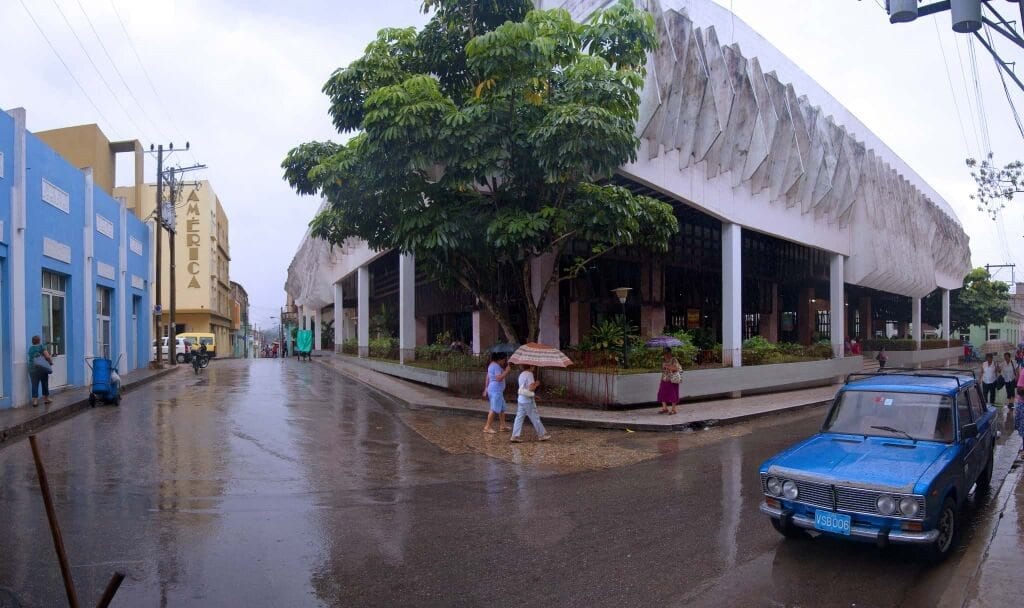 The Cuban coffee ostensibly collapsed due to economic mismanagement, but was undoubtedly affected by losing access to the US market. Credit: Wikipedia

The Reality of Cold War Coffee

The USSR never came anywhere near the USA in terms of coffee consumption. America dominated more than 50% of worldwide consumption for the entire Cold War, giving it immense influence in coffee producing countries.

The fall of the Berlin Wall was a watershed moment, signalling the beginning of the end of the Cold War and the USSR. And the same year, the US withdrew its support of the ICA; once the threat of communism had ended, the need for a stable coffee market disappeared. As a result, the global commodity price of coffee dropped significantly.

So What Lesson Can We Take from Cold War Coffee Economics?

First off is that quite a few countries did embrace communist economic policies, despite the influence of the US on coffee prices. But most didn’t. And while the USSR did what it could to support their allies, the Russian demand for coffee was nowhere near that of the Americans. 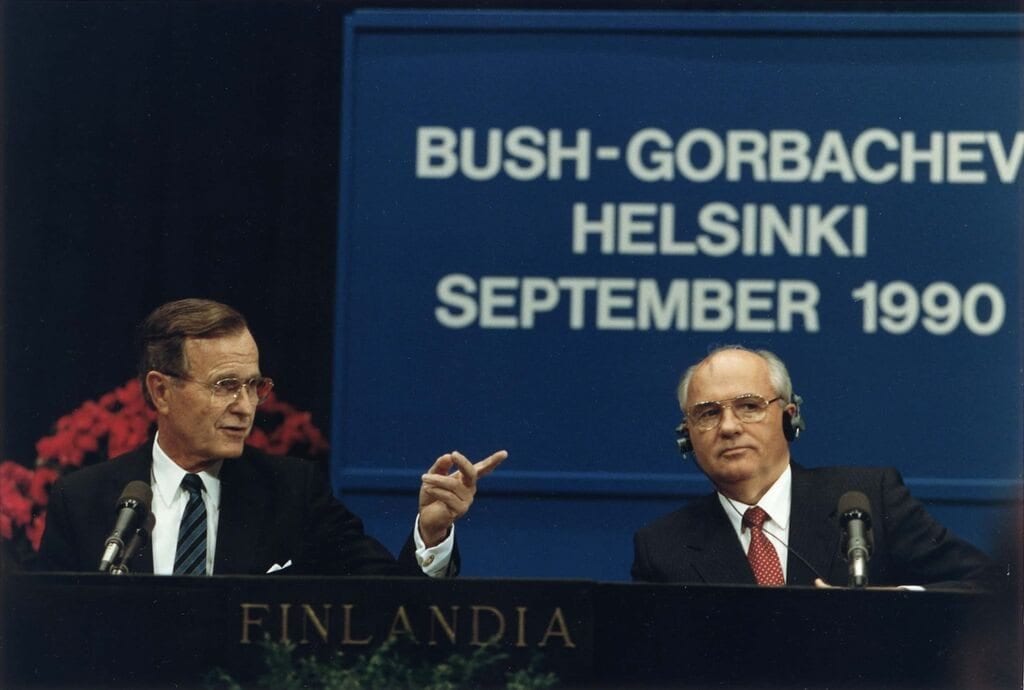 George Bush Senior and Mikhail Gorbachev. Gorbachev is credited with opening up the Soviet economy and ultimately ending the USSR and Cold War. Credit: Wikipedia

This is not, however, a whitewash for the US and its maintenance of what amounted to a cartel. Many coffee nations went through awful strife despite price fixing, with small farmers caught in the middle just trying to survive. For years the entire industry was run by monopolies, both of production and retail. This only benefitted undemocratic governments and large suppliers—not individual farmers and producers.

You could argue that with the failure of the agreement in 1989, the seed of today’s market was sown—a market in which the dominance of monopolies is receding, in which small scale producers, roasters, and cooperatives are taking real control of their destinies, and in which quality and fairness that is growing with third wave coffee.

It’s the response to the mighty geopolitical, neo-liberal forces that wielded power over the coffee market for so many years. Today the coffee industry is becoming ever freer, fairer, and more dynamic. Many social, economic, and civic problems remain in developing producer nations. But looking at examples like Rwanda, Burundi, Colombia, and others where the growth of a responsible coffee market is underway, we can see what the benefit of positive unmanipulated coffee development and commerce.