Is Coffee The Answer to Extreme Poverty in Burundi?

Burundi: a country shattered by civil conflict, including two genocides. It has one of the  lowest per capita incomes in the world, with 90% of the population relying on subsistence agriculture. According to the Global Hunger Index, the percentage of its population going hungry is the worst in the world, and “extremely alarming”. Yet as bleak as that sounds, one coffee-producing family believes that coffee has the ability to make significant positive change in people’s lives.

SEE ALSO: The History of Rwandan Coffee & The Story Behind Epiphanie Muhirwa

The Challenges of Coffee Production

Coffee was introduced to a colonised Burundi in the 1930s, and since then, has vacillated between being government-owned and privatised. During this time, decades of civil conflict have stunted Burundi’s coffee production and value.

Other factors have also been detrimental to Burundi’s coffee industry. Bureaucracy is one of them. So is geography. As a landlocked country, bordering Rwanda to the North, Tanzania to the east and south, and the Democratic Republic of  Congo to the west, exporting coffee is difficult. It’s hard to maintain the coffee’s quality during transportation.

One of the most damaging factors is the potato defect, which makes beans taste like raw potato. It’s caused by the Antestia bug, which drills a small hole into the skin of the coffee berry. The effect is potent; one infected bean can ruin an entire bag of coffee, and so buyers are often deterred from doing business with Burundi coffee producers.

It’s hard not to focus on Burundi’s civil strife and intense poverty. Yet, as Ben and Kristy Carlson, founders of the Long Miles Coffee Project, note, “choosing to only view it with that perspective ignores the incredible potential latent in its hills, given the fertility of Burundian soil and the unique micro-climates of each colline (hill).” 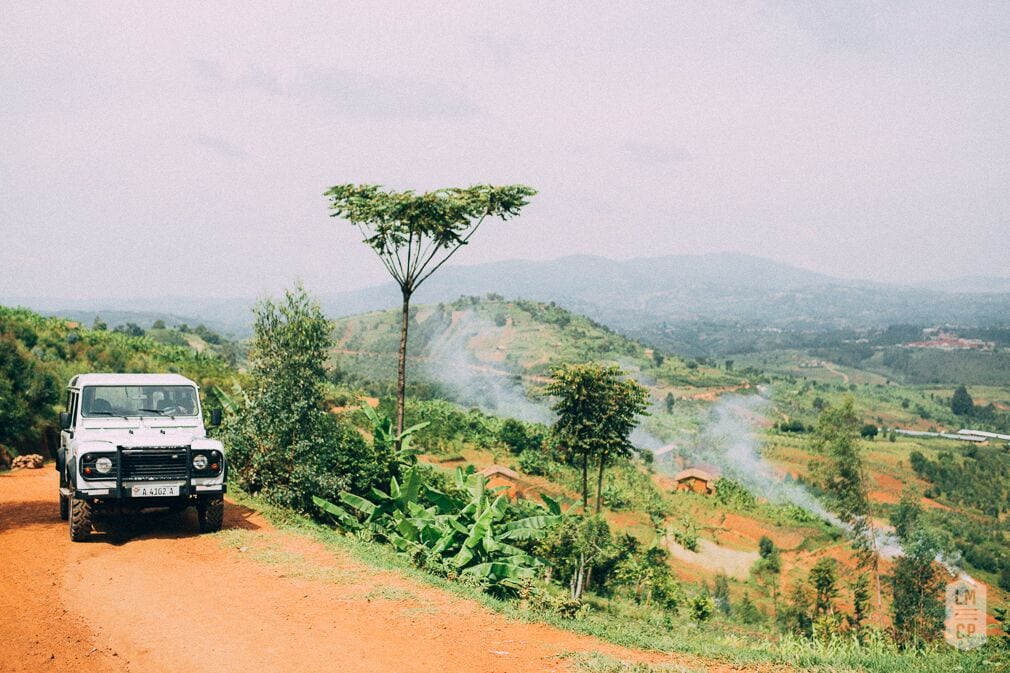 Long Miles Coffee Project is a small American family turned coffee producers. The Project began as a dream of facilitating direct and meaningful relationships between coffee roasters and growers, while raising the awareness of the farmers, by producing excellent coffee. However, the Carlsons soon realised that the only way they could achieve that and ensure farmers were fairly paid was to build a washing station.

Why a washing station? Well, previously, farmers had to walk nine miles over mountain slopes to a washing station—hardly an everyday trip. In fact, by the time farmers were able to get to the washing station, their coffee had often fermented and so was useless. When Long Miles Coffee Project’s first washing station was opened, with the help of friends and devoted blog readers, about 2,500 coffee farming families finally had a washing station that was convenient to get to. The first harvest was sold even before it reached the drying station and, since then, a second washing station has been opened.

Founder Kristy Carlson agreed to briefly chat with us about the Long Miles Coffee Project.

Can you tell me some of the highs and lows of coffee production?

Our highs definitely revolve around being a part of the two communities that we have washing stations in, Kayanza and Bukeye. We’ve seen significant positive changes in some of the lives of the farmers we work with, and that’s worth more than anything money can buy.  We also love running pilot projects and testing different theories about increased coffee quality with each other. We are passionate about producing the highest quality coffee that we can. Teaching farmers about best farming practices is a big part of this. In Bukeye, it’s a frequent sight to see our agronomist Epaphras standing at the selection tables showing a farmer how different coffee cherries measure on the Brix meter.

Burundi is one of the most challenging countries in the world to do business from, so that is an obvious low. It is a struggle to export coffee from Burundi; there are 29 signatures needed on countless different documents and often those signatures are much harder to obtain than people might imagine. There are also numerous challenges that pop up at the washing stations on a daily basis during harvest—from people stealing coffee off of our drying tables to our generator and water pump breaking down. 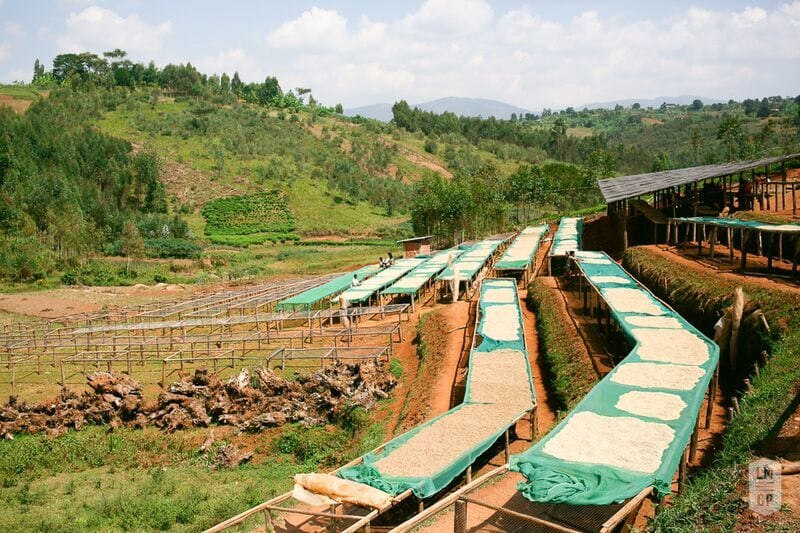 How can the potato defect be combated?

We are currently working with District Roasters on a Coffee Scouts Program. This is where we get unemployed youths and train them to find the potato bug. These youths are trained in aspects of basic agronomy and data recording skills. When the Coffee Scouts spot the bug, they use an inexpensive and organic pesticide, Pyrethrum, to target the bug. Shortly after, the bugs fall off the coffee tree and the scouts collect them for research. Currently, there are 14 Coffee Scouts who are lead by agronomist Epaphras. These Coffee Scouts each have 30 “farmer friends” who they regularly visit, and who they have personally committed to training to use better farming practices, from capturing the bugs, mulching, pruning and fertilizing. 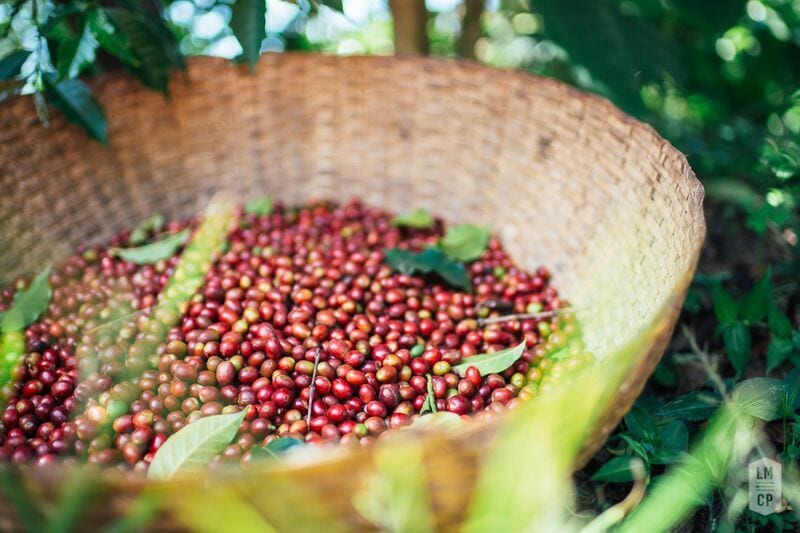 We’re always interested in the story behind the cup. Would you be able to give me an example of a farmer’s story?

Featured in my blog is the story of Espéciose. The impact of the war continues to pulse its reaching veins through lives and lands long after guns stop ringing, and what this means for Espéciose is that she is the sole provider for her 6 children. Her husband was killed in the Burundian Civil War that ended in 2006 and she has been farming coffee along ever since. Espéciose farms multiple crops in order to feed her family and lives a 45 minute walk away from Long Miles’ Bukeye washing station. She carries her ripe red cherries in bags set atop the heads of herself and her children. She has never tasted the coffee she works so hard to grow because it’s too precious to drink.

Espéciose’s story may sound a little bleak to you, but it’s so much more than that—it is a story of reliance and survival. She has made a way for herself in a land in which many would say survival is next to impossible. A community leader, a mother, and a farmer, she is much more than the labels of widow and poverty stricken, although she is those things too. Her challenges are evident,  and so is her inspiration and resilience.

As Long Miles’ reach expands they are searching for ways to improve the lives of widows, Espéciose included. If you have any ideas or resources that could assist, get in contact with Kristy.

Written by Karyan Ng (www.beanmarket.com.au). With special thanks to Kristy from Long Miles Coffee Project.