Not so long ago, we published Extraction Wars: Espresso vs. Ristretto, an article dealing with some common terminology used in the specialty coffee industry. It received a mixed response, and with good reason: that old terminology doesn’t necessarily apply any more. When we talked about espresso extraction running for (“approximately”, calm down, everyone) 30 seconds and ristrettos running for 15, we relied on several assumptions that thanks to advances in everything from technology to supply chain transparency, no longer need apply. What does this mean though? Was that first article just a tease? Well… yes—sort of. Do any of those old rules still apply? Well, that all depends… 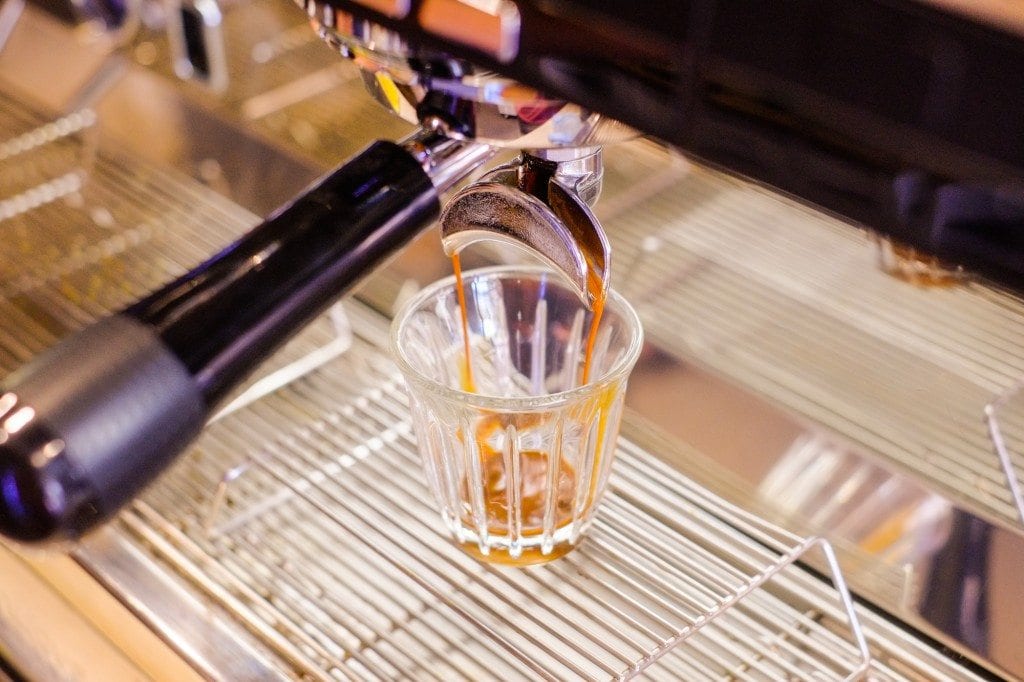 The now not-so-popular double ristretto, an old standard on the way out. Credit: @timjcoffee

The Coffee Norms of Yesterday

Until very recently, almost all coffee was roasted more or less in the same way. You know those tasting notes on every blend out there that seem suspiciously similar? Hints of nuts, chocolate, caramel, toffee… —and, you know, that generic ‘coffee’ taste? That’s because, regardless of where the coffee came from and how it was processed, roasters everywhere were chasing the same thing to meet the end users’ expectations. This meant roasting near to or just past what roasters—who would never make crude jokes about such a term—call second crack. Some roasters take it much further than that to produce that black, often oily, dark roast we used to equate with terms like “strong coffee”.

Roasting to and especially beyond second crack progressively carbonises coffee more and more. If handled carefully, this roasting style will get you that familiar coffee flavour and preserve some of the natural flavours of the fruit. For many people, however, this is a flavour that can only be enjoyed with milk. Otherwise, it’s often too overpowering—and sometimes even too ashy—to be enjoyed black. In fact, many roasters select beans and roast their blend based on their knowledge that 95% of the market will order a milk-based coffee. It’s a safe option, especially for smaller roasters.

What about robusta? While it’s almost completely absent from the specialty scene, it’s been a considerable part of most blends for much of espresso culture’s history. It’s not surprising—robusta’s cheap, high-yield, low altitude friendly, and produces considerable crema. It’s also higher in caffeine so you get more kick for less coffee. With a few exceptions (if anyone know them, please let us know), it also needs to be roasted deep to get past its unpleasantness—another reason why dark roasts dominated.

You might ask, but what about the standard nine bar pressure on all espresso machines? Where did that come from? Well, it turns out it was just a convenient midpoint back when we used highly variable lever machines rather than a typical setting. 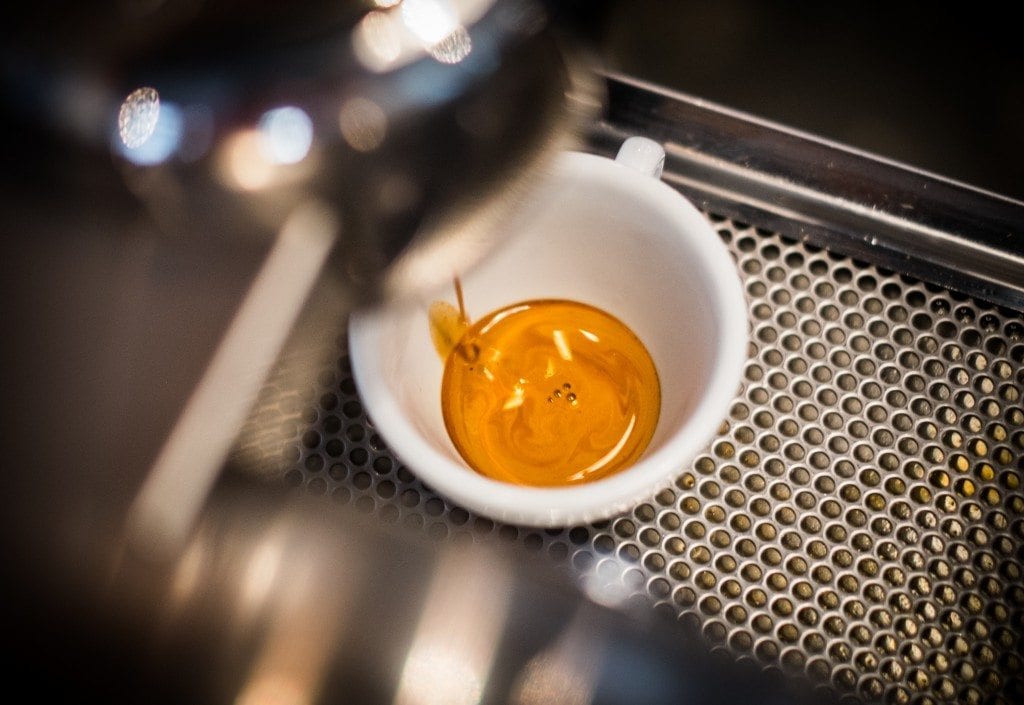 The Slayer—3 bar? 6 bar? 9 bar? Infinite pre-infusion? Sure, why not!? Credit: @timjcoffee

For the barista, this meant  coffee would usually be workable only within certain parameters. Those double ristrettos we talked about were almost an insurance policy to make sure the good oils, rather than the carbon and ash created by the roasting process, were extracted. It also meant that coffee had a limited shelf life; roasted darker, coffee releases its oils and those oils, in turn, coat the beans and go rancid . This doesn’t mean all coffee was like this, but that these were a set of guidelines and assumptions many of us relied on.

So, what’s changed? While it’s pointless to try to catalogue every change within the third wave coffee industry, there are two that stand out for me. In no particular order:

There’s a growing interest in lighter roasts, bolstered by roasters’ experimentations and specialty coffee shops’ recommendations. Like anything new, there’s been growing pains and a backlash. Coffee just wasn’t coffee anymore. Not to mention, when black, it tasted acidic—sweet and sour sauce, anyone?!

The problem is, light roasting is difficult. With a serious lack of formal structures—roasting is often a closed world—for training roasters, much of what was being produced was grassy, underdeveloped, and sour. It’s not surprising that people were demanding a return to the world of dark roasts.

So, why didn’t every roaster stick with the tried and tested second crack method? Well, think of coffee as like a steak. If you order it rare, you’ll taste the beef. Order it well done and you’ll mostly taste how it was cooked, with a few “beef notes.” 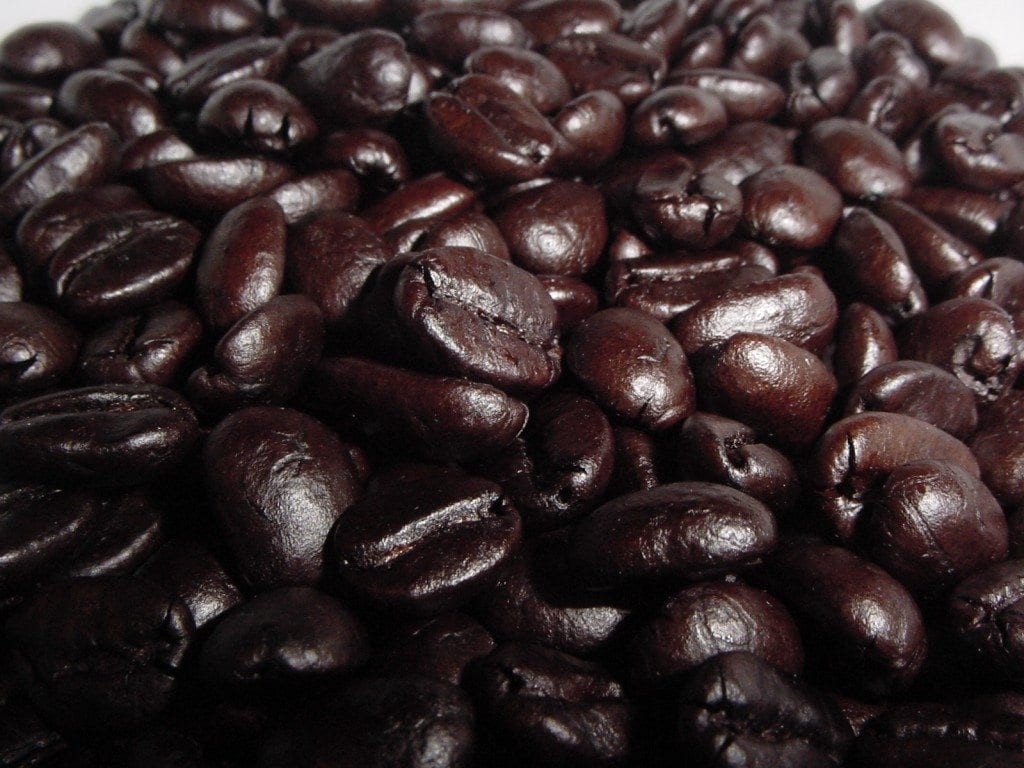 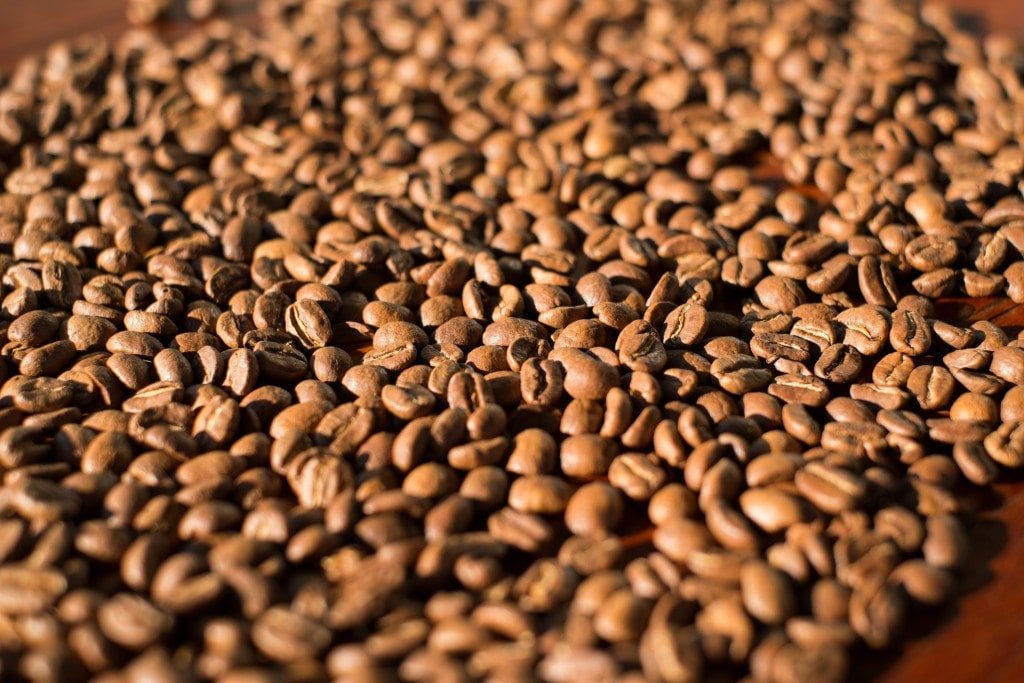 Fortunately, the growing pains of light roasting are starting to disappear. Some roasters, having invested their time and not an insubstantial amount of money into it, are now able to fully develop the coffee they work with. It’s light yet sweet because they are now able to convert more of the complex sugars in the beans (tart, fruity) to simple sugars (sweet). This means you don’t just taste how it was roasted; you also taste the terroir, the processing, the varietal(s)—everything that makes a specialty coffee so amazing. If the roaster really nails it, you won’t taste the roasting at all, which can really change your notion of what coffee actually tastes like. Exciting, right?

Baristas, most of whom will never go to places like Ethiopia, still know how most of the coffee they use was processed—and what effect that will have on the coffee. They now often work directly with the roaster. They use machines that give them control over the pressure involved in extraction and the water temperature. They have grinders that preheat coffee, and scales accurate to a tenth of a gram. And while a decade ago, most baristas considered ‘Brazil’ a single-origin, that has completely changed. Now, they might know the farmer’s name, which lot on his farm the coffee came from, if it’s a hybrid bred to resist leaf rust, and if it was processed at a central washing station. In fact, they might have even roasted it themselves! 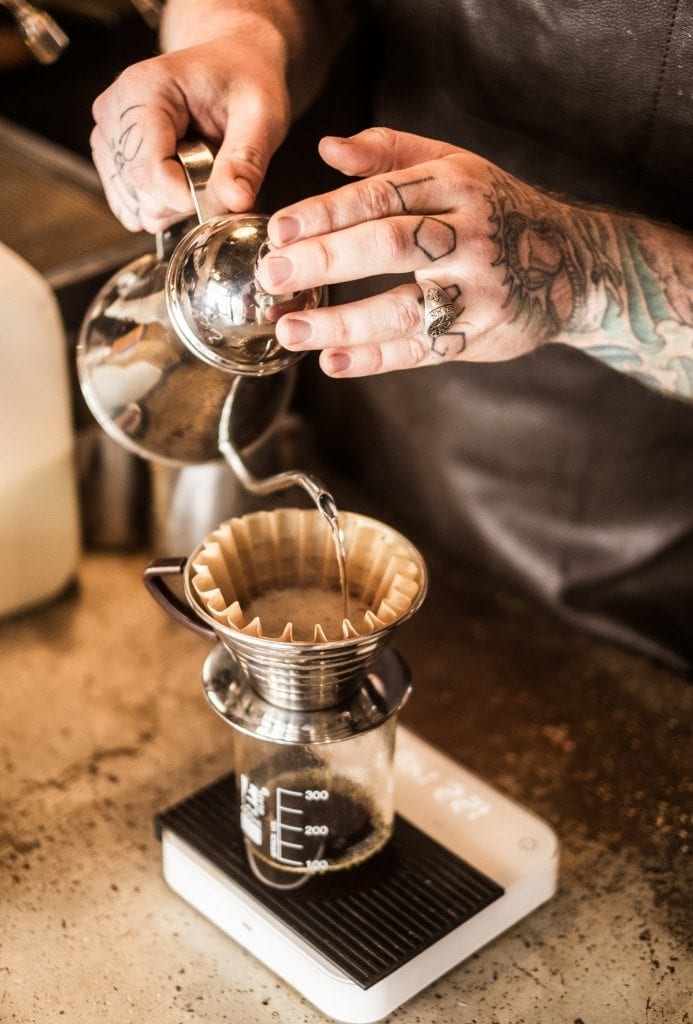 What does this means for extractions?

It means that, rather than being at each other’s throats about the ‘right’ way to extract coffee, we should embrace our different methods. We have a chance to push the limits of coffee by creating a feedback loop that will benefit baristas, customers, and even farmers. Are you dosing 17.5 grams in 22 seconds for a 50g yield because that’s the ‘correct’ way? Did you arrive at those parameters after experimenting with every possible variable: water temp, varying dose, different tamps, etc.? Without knowing the conditions each barista around the world is working in, and given all of the advances and knowledge out there, how can any of us claim that what someone else is doing is wrong? Rather than assuming that someone running extractions for 50 seconds on a 19.5g dose is misguided, we should be asking them why—they just might be on to something special. Given that the standard dose for a single espresso used to be a paltry 7g (and still is in many places), you’d think we’d have realised that the rules are well and truly out the window now! 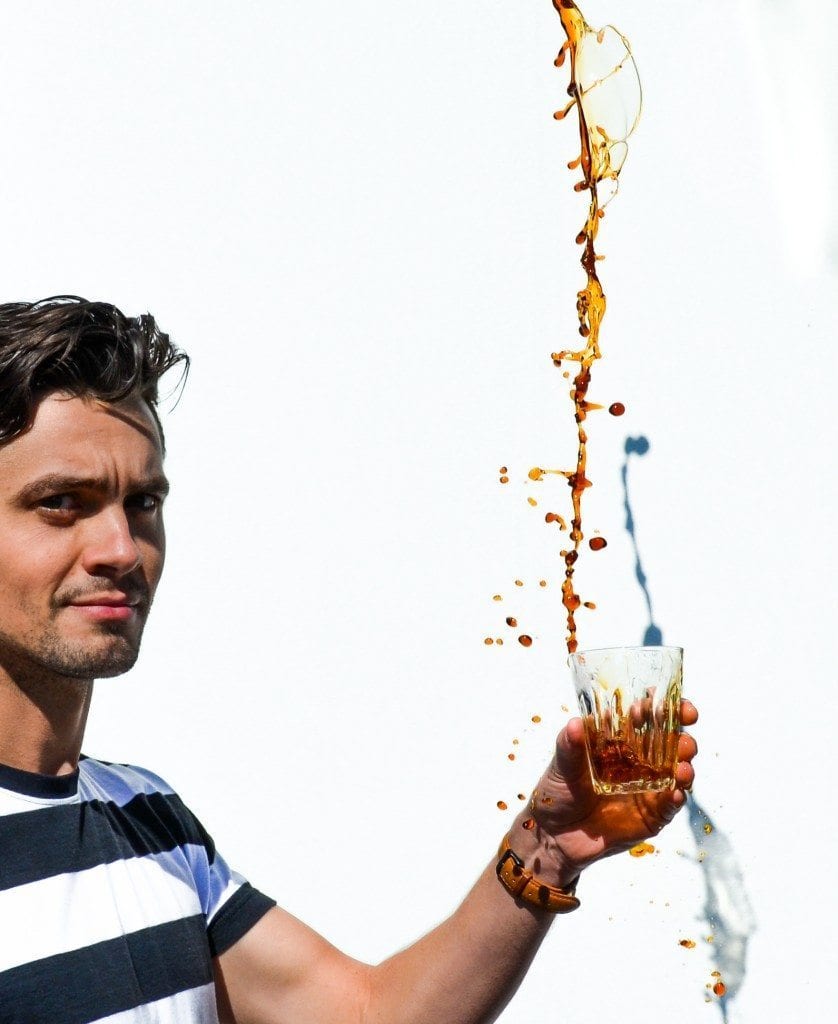 You might say that extraction parameters are now…up in the air. Credit: @andyamacpherson

This experimentation and open-mindedness is what allowed coffee to transform from a vial of caffeine into a product worthy of the same reverence as wine. Those old extraction styles were indeed confining; ristretto itself means “restricted”. Baristas now have a chance to set old methods aside and work together to fulfil the potential of all the hard work that’s done at origin. Key to making sure that happens is approaching new information with a spirit of generosity.

Feel like you’ve got some extraction parameters that are a little different? Are you a rule-breaking, Chemex-wielding maverick who thinks they’ve discovered the perfect ratio? Share that knowledge here and hopefully we can all benefit from it!

Written and photographed by T. Jay.