How to Grow a Socially Responsible Specialty Coffee & Cycling Culture

Like any business venture, opening a café can be risky. In Quito, where specialty coffee culture is nascent, the risk is even higher. While various cafés around the city are working hard to develop the specialty coffee scene, it remains second to a prevalent culture of dark roasts, instant coffee, and copious amounts of sugar. And so, while they might not admit it openly, you can tell that the owners of cafés, like Jervis and Botánica have been breathing long, steady sighs of relief in the months since opening as they’ve managed to stay afloat and, to a certain extent, thrive. At the very least, though, these young cafés—and the even newer ones cropping up right now—had one example they could point to and say to themselves, “If those guys can do it, so can we.”

What Does Coffee and Cycling Have in Common?

“Those guys” are Jose Solís and Cristian Medrano, co-owners of La Cleta, a bicycle-themed café located around the block from Jervis and Botánica. Open for four years, La Cleta is the oldest café in the local area and in fact is about just as old as the specialty coffee movement in Quito itself. This is impressive when you consider that La Cleta caters to not one but two Quiteño subcultures: coffee lovers and cyclists. It’s an ideal match, however, and while both groups are relatively small, they are active and passionate. Quito is no Amsterdam, but it’s growing ever more bike-friendly. There are a few bike lanes that run the length of the city, a new bike share program, and recent legislation that promotes bike safety, all of which are products, Cristian tells me, of lots of hard work by bike advocates throughout the years. Cycling-related advocacy seems to have reached critical mass in Quito and the government is now willing to adopt a more pro-bicycle stance. 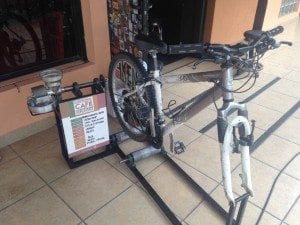 How Do You Grow a Coffee Culture?

While bicycle enthusiasts achieved government support only after years of hard work, coffee in Quito has grown quickly. The Café de Quito brand, which consists of government offices and farmers’ associations in the coffee-producing regions around Quito, represents one key alliance.

In addition to subsidizing necessary products for farmers, Café de Quito also sponsors events such as the Semana del Café – a weeklong event that included promotions and special drinks at cafes across the city, cuppings, barista tournaments and exhibitions. 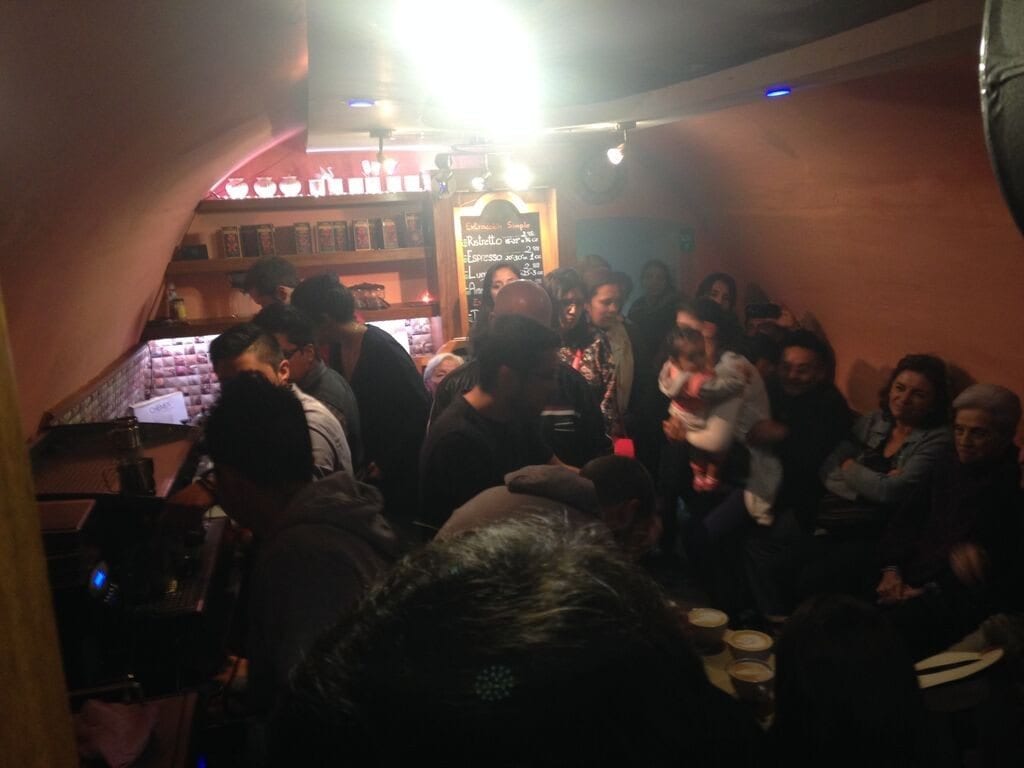 Baristas from across the city, including Isveglio’s David Miño, wow citizens with a latte art demonstration at a jam-packed Dulcería Colonial

Social Responsibility and the Impact of Cafés

While the Semana del Café events were well-received by the public, back at La Cleta, Cristian sees some problems on the horizon. The neighbourhood where La Cleta is located, La Floresta, he explains, is primarily home to older residents. As newer, younger residents arrive, attracted by—and attracting—more modern restaurants, shops and cafés, the older residents find themselves being squeezed out both physically and culturally.

To a certain extent, generational conflicts are a fact of life. Cristian tells me of how older generations, to whom the concept of the modern coffee shop is simply unknown, assume his place is just a bar that will attract undesirable characters. Sure, it’s a mischaracterization—La Cleta serves beer in the evenings, but it’s really known for its excellent pizzas—but not without reason. Just a few blocks away is the dividing line between the Foch (otherwise known as Gringolandia), Quito’s rowdy nightlife center and the tranquil area of La Floresta. The edge of the Foch has expanded east towards La Floresta in the past and is threatening to do so again. 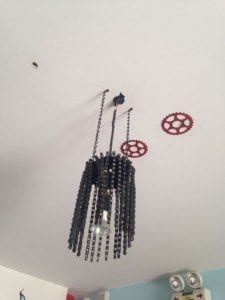 The questions then, for Cristian, La Cleta, and the other cafés of La Floresta, is to what extent will they involve themselves in the changes coming to La Floresta? Will they be happy to sit back and enjoy the boost in business as younger, affluent residents set up in the area? Will they try to integrate themselves into the existing urban fabric or try to alter it to suit their own wants and needs? Do baristas and café owners have a responsibility to their surroundings, or does their world exist exclusively in that tiny, ceramic cup?

Do You Dare to Be Different?

Perhaps because he’s been there the longest, Cristian is able to see the gentrification that is already in progress in La Floresta. With a handful of new cafés and restaurants soon to open in La Floresta, the pace is escalating. Like so many of those mysterious market forces that shape our world, the arrival of gentrification tends to carry with it an ominous air of inevitability. But, if a seamless integration of La Floresta’s sleek new specialty cafés with its slightly dusty, charming surroundings is impossible, all is not lost. 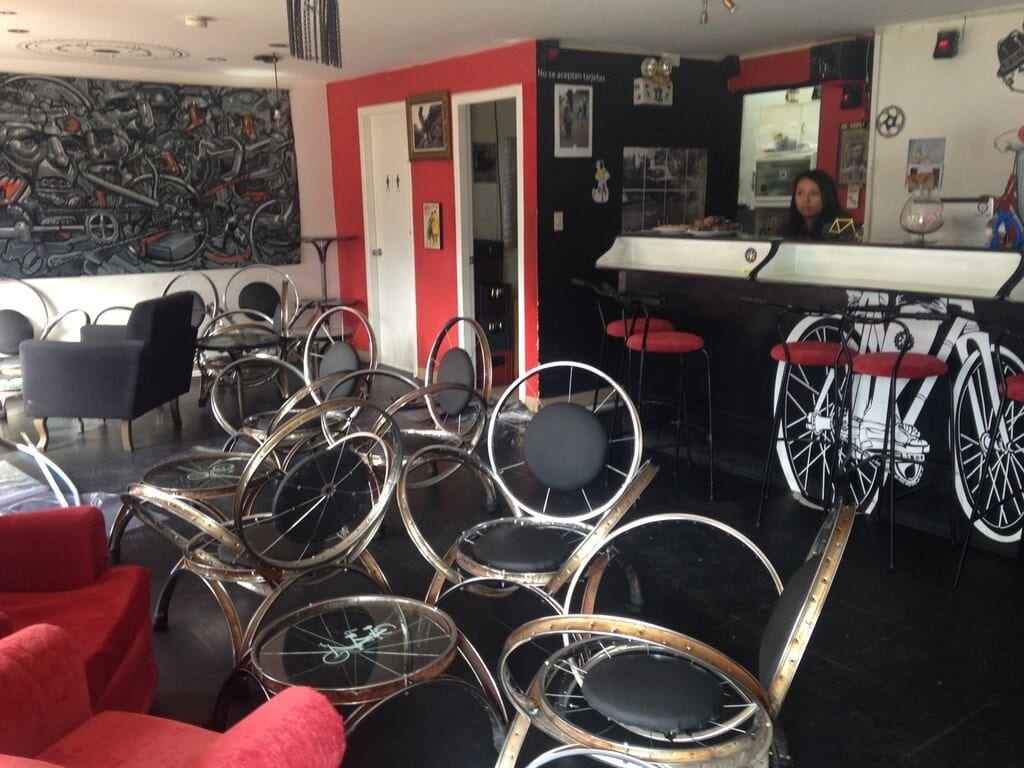 La Cleta serves as proof that a unique style, menu, and attitude in a café can be successful in Quito, a city whose restaurants are about as repetitive as a Philip Glass score. As more places dare to be different, hopefully they’ll see that La Cleta’s uniqueness lies in more than just its ultra-hip bicycle decorations or popular pizzas. Cristian and Juan Solís strive to support local businesses, even if it means making multiple trips per day to the local corner store or sourcing special ingredients from around the country instead of cheaper, imported items. They’ve also worked hard to reduce their environmental impact, avoiding products like canned sodas that produce trash as well as arranging bike deliveries for all their goods.

As you can imagine, these policies rarely make financial sense, but at La Cleta they wouldn’t have it any other way. Furthermore, while these practices might be standard in America or Europe where tens of thousands of coffees are served daily, Quito’s emerging shops are nowhere near this stage and foregoing a guaranteed seller like Coca-Cola speaks to how dedicated La Cleta is to being a model citizen in its neighborhood and Ecuador at large. If this attitude is adopted by the other cafés and restaurants springing up around La Floresta, perhaps the future isn’t so grim after all. 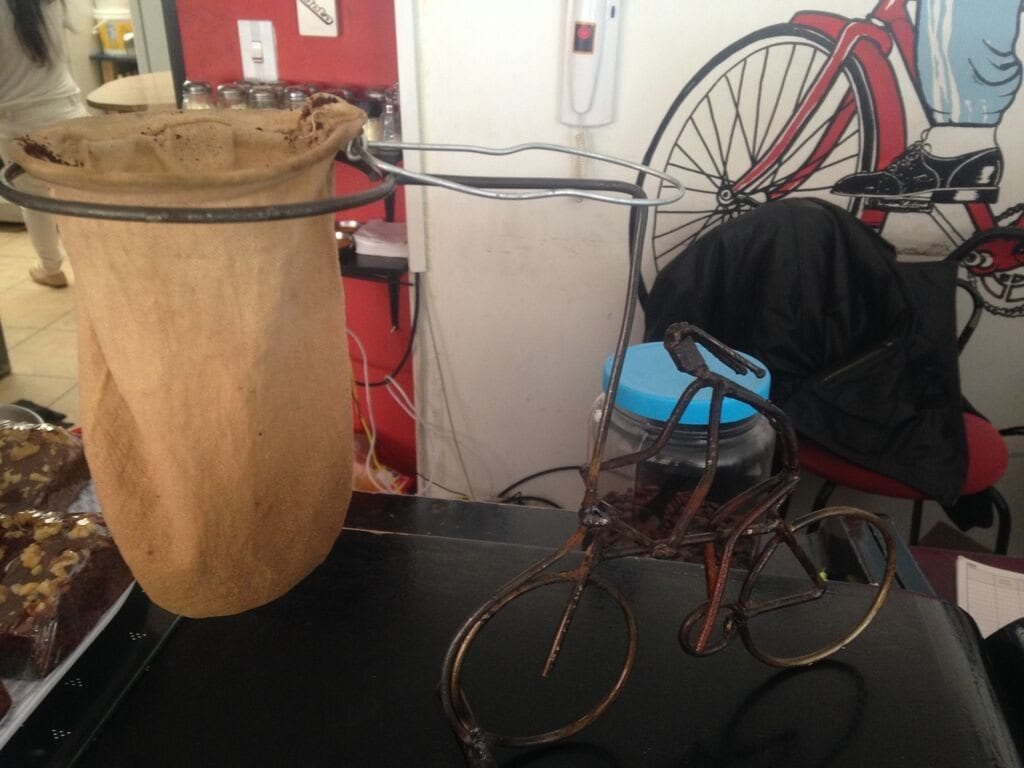 Written by Z. Latimore and edited by T. Newton