Bribery & Corruption – Running a Coffee Shop in an Underdeveloped Nation

I couldn’t really believe what I was hearing. If I understood correctly, I was being asked for a kickback so that this particular vendor would provide me a receipt of sale – something that is required by Guatemalan law to provide for anyone who asks for it. I shook his hand as he told me that we would “work things out later” and smiled as he said good-bye and walked out the door. I immediately went and talked with one of my employees to assure myself that I understood correctly what he was implying and they assured me I had in fact understood.

Unfortunately, doing business anywhere in the world can be subject to certain forms of corruption and shady business practices. This is especially true here on the ground in the coffee producing country of Guatemala. Recently, it came to light that a ring of key government officials, including the vice president’s personal secretary, was involved in a several year, multi-million dollar theft of government funds. At this moment, the people of Guatemala are calling for the resignation of the president and vice president and, as a result, the vice president has stepped down. We cannot be surprised by these types of high-level illegal activities when the majority of cops, – the people who are there to enforce laws, can be paid $3 to let you off at a traffic stop if you don’t possess a driver’s license. The corruption exists throughout the whole system and there is no one who truly desires to enforce the law because it benefits the system if they all just look the other way. 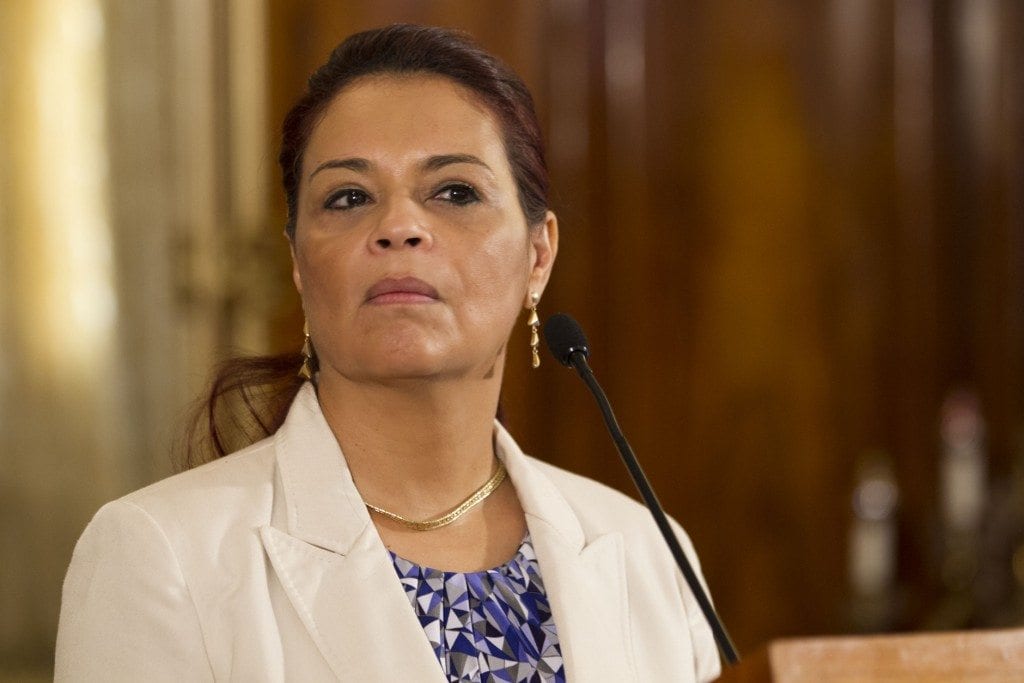 Vice President Roxanna Baldetti was forced to resign after her personal secretary was arrested as the head of multi-million dollar corruption ring. Credit: AP

As someone who spent has spent multiple years working with the poor in impoverished nations, I personally cannot justify the paying of bribes for any type of activity because of the illegality and the oppression that it causes to the poorest people among us. Bribes and kickbacks create a system where the poor are continually oppressed and trapped in a system that continually works against them constantly have to pay “tips” and “expediting fees” for items such as business registrations and legal processes.

These corrupt practices directly affect the coffee farmers as well as they attempt to operate and thrive in the local marketplace. Recently it was published in the national newspaper that many people were purchasing their driver’s licenses by way of paying a bribe instead of taking the test and obtaining it legally. This is in part because many accounts have come to the surface of administrators of the licensing business failing applicants day after day until they are forced to either pay a bribe or continue failing the test and not receiving the license they need. Farmers need licenses to be able to operate their trucks and cars so that they can transport supplies and deliver their coffee.

A photo released by MAYCOM, the licensing agency of Guatemala, informing drivers that driving with an expired license can end in a fine. A joke in itself.

This is one of the reasons why it can be extremely difficult to run a coffee shop or a farming operation in an underdeveloped nation. Having to pay bribes, kickbacks or pay for protection, as many business owners are forced to do for their own well-being and competitiveness in the open market, has a direct effect on the bottom line of a company. I know of multiple people who have left the Capital and the more dangerous areas of Guatemala in search of a safer place in which to do business because their businesses had failed due to an inability to keep up with the demands of extortionists. This simply is not the way a free-market economy should operate.

All of these practices create not only an unfair playing field for honest farmers and business owners, but divert necessary funds from government agencies that maintain roads, infrastructure and other public works. This in turn directly affects a farmer’s access to good health care, quality road systems, clean water and reliable electricity. All of these things are necessary to allow an individual to truly thrive and compete. 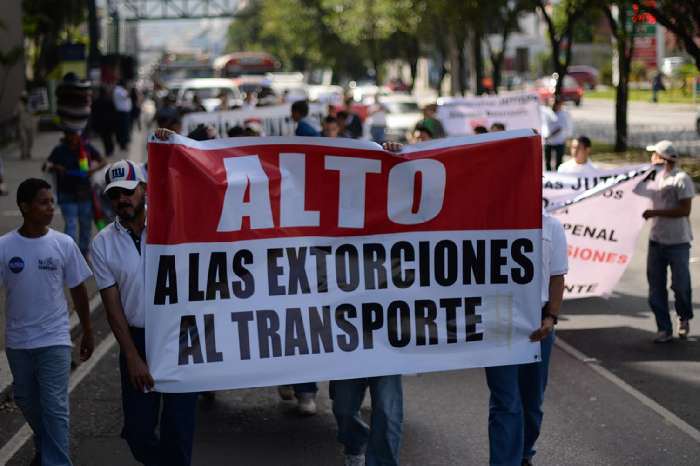 Protestors gather in the capital to bring about reform and better protection for bus drivers who are a common target of extortioners in Guatemala City. Any form of business can be difficult and dangerous in the capital of Guatemala.

This is one of the reasons why I personally believe in a relationship based, direct trade coffee. This allows me, as a buyer of coffee, to ensure that I’m not throwing money into a money laundering operation and that my cash is going directly to the farmer or co-op.

Thankfully besides a few minor run-ins with various individuals, things at the shop have not been dangerous and we’ve have been able to navigate these difficult situations after a little bit of thought. These difficulties still exist in Guatemala and are a constant problem for people who live and work in these coffee filled mountains. Change will come but it will have to come in the form of a complete top to bottom enforcement of laws to be able to create a fair playing field for my coffee farming neighbors and myself as a coffee shop owner. 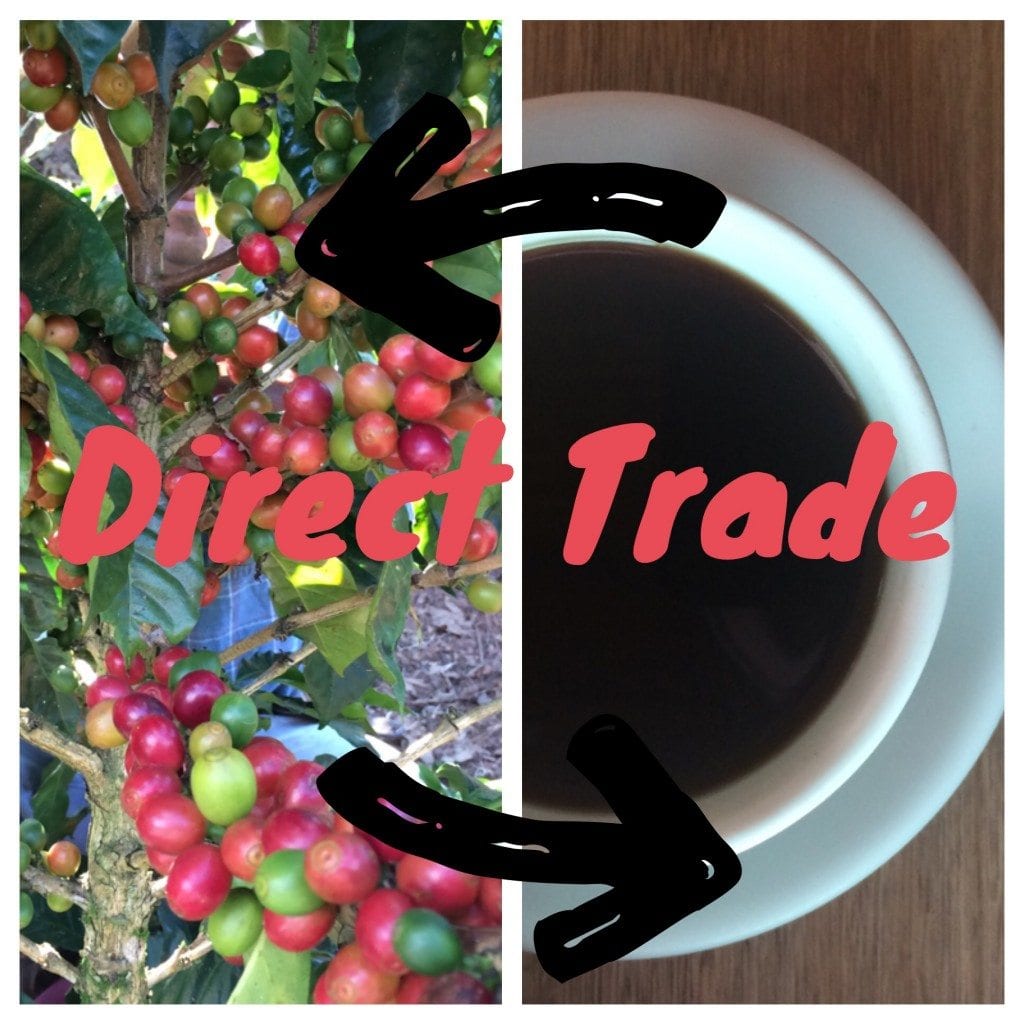 Direct-trade relationships ensure that a full fair price is being paid directly to the farmers without too many middlemen in the process.

Article written by Z. Daggett and edited by N. Bhatt.