You might know it as a cafetiére, plunger or French Press, but the truth is that there have been several patents with different names and from different origins for this popular brewing device. A history lesson is in order to understand how it has evolved over time. 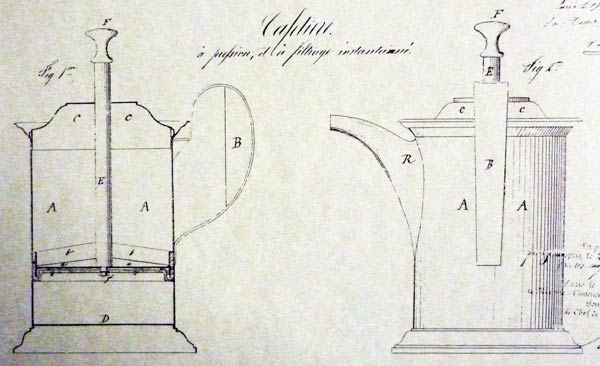 The French Press, as designed by Mayer and Delforge in 1852. Credit: beandelivered.com

The History of The French Press

The first design for this style of brewer was patented in 1852 by the Frenchmen Mayer and Delforge. It did not create a seal inside the carafe so it was essentially not like the one you know today. The first patent of a French Press that resembles what we use currently was patented by the Italians Attilio Calimani and Giulio Moneta in 1929.

The most popular design of the French Press was patented by the Swiss man Faliero Bondanini in 1958, and it was known in France as a Chambord, giving it a French identity. Bondanini later marketed the Chambord as ‘the Classic’ to the UK market, while Danish company Bodum became a distributor of the Chambord in Denmark and bought the rights to the Chambord name and factory. The ‘La Cafetiére’ trademark remained in the hands of the original owners, but recent legal disputes have seen Bodum and ‘La Cafetiére’ battle it out for control of markets outside of Europe and concerns over patent designs.

Deciding on the origin of this brewer is complicated, but its one of the simplest methods to prepare coffee, and can yield an excellent cup if you get it right. 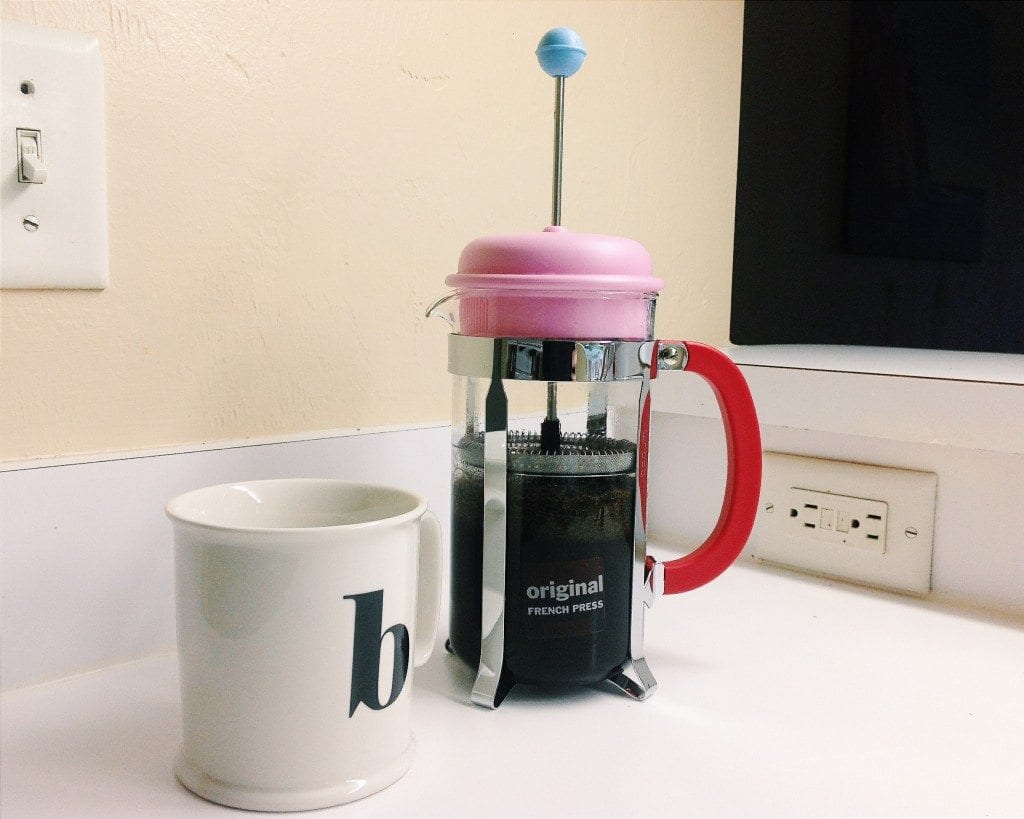 Bodum has tried to register “French Press” as a trademark in several territories, but failed in the U.S, and had the trademark removed in Canada in December 2012. Credit: @britney_ry

What to Expect From a French Press

The French Press is a full immersion brewing device with a metal mesh filter. This guarantees a viscous brew with a fuller body and increased texture due to more oils and fewer particles remaining in the final brew. I will give a fair warning for those that do not like coffee grit or a sandy mouth feel, the cafetiére is most likely not for you. The ability to control variables such as water temperature, grind, and brew time allows for refinement of brewing methods according to personal preference. If you brew correctly you can expect to enjoy the more nuanced aroma and flavours of each coffee. 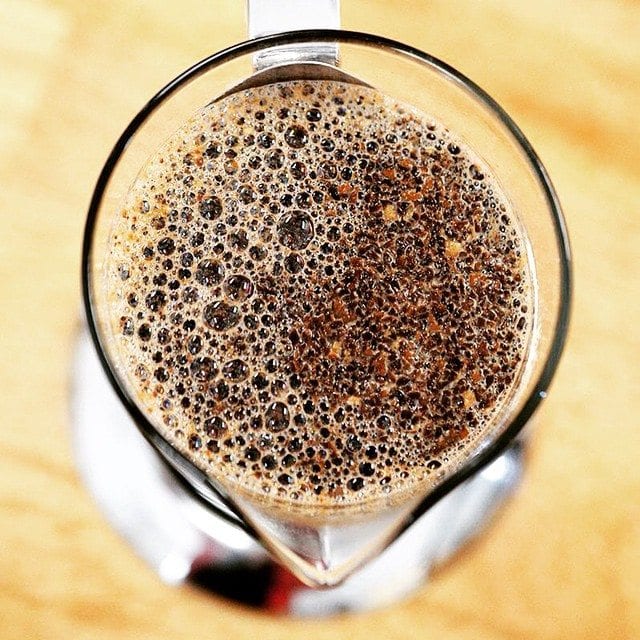 Mouth feel can be sandy and gritty. Credit: @katerina_obrazova

There are some important variables that you want to take into consideration before you brew.

It is crucial that you grind your coffee with a quality burr grinder and not a blade or a blunt instrument. This brew method is highly vulnerable to over-extraction. The correct grind size should be quite coarse, thick granules, rather than sand. If the grind is too fine, the water will extract the coffee too quickly. This is not a problem with some other full immersion brewers, but the cafetiéres metal mesh filter will allow too much grit in the cup.

Brew ratio is a simple formula, where the grams of water is divided by the grams of coffee you are going to use. A common ratio is 1:15, i.e. 15 grams of ground coffee per every 225 grams of water. Start with this ratio and then adjust by adding more coffee or using less water until you find the perfect match for your palate.

Water temperature is another variable that can be experimented with according to taste. To begin with, allow the water to rest for 45 seconds after boiling to reach an approximate brew temperature of 90 degrees Celsius (195f). A variable temperature gooseneck kettle is a good investment if you wish to control this more accurately

The brewing time ranges from three to five minutes. For a darker roast, five minutes might be too much time; for a light roast, three minutes could be too short. A four minute brew time is a safe starting point.

Add your ground coffee into the preheated carafe. Next, add the water slowly and ensure that you saturate all of the grounds. Add double the grams of water as there is coffee for the bloom or preinfusion (e.g. 15 grams of coffee, add 30 grams of water).

Stir gently after 30 seconds, add the rest of the water and position the plunger in the carafe. Let it steep for four minutes, before plunging with a delicate and slow motion down to the bottom. Pour your brew into the cup, taking care not to agitate the coffee resting at the bottom. 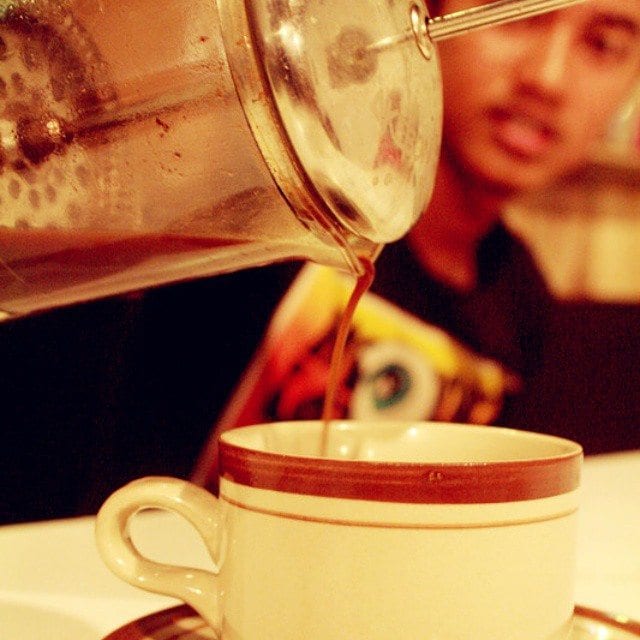 – If it’s hard to press the filter down this means the grind is too fine; if it sinks and there is minimal resistance, then it’s too coarse.

– Serve your coffee immediately after brewing because it will continue extracting adding bitter flavors to your coffee. Pour it into another server if you aren’t going to drink it all at once.

– Make sure you clean your cafetiére thoroughly and often because old coffee grounds stuck in the filters will impact the taste of your fresh coffee. Most filters can be disassembled for cleaning.

– If the result doesn’t please you, play with all the variables! Making coffee should be fun and experimental. The best cup of coffee is the one you like; I encourage you to find it. 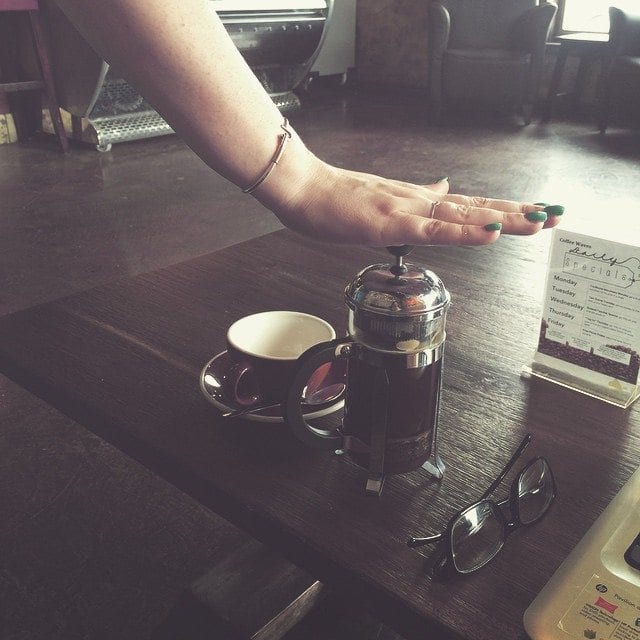 Article written by F. Solano and edited by A. Guerra.